` ATMs become GAYTMs for The Sydney Gay and Lesbian Mardi Gras. - If It's Hip, It's Here
Skip to content 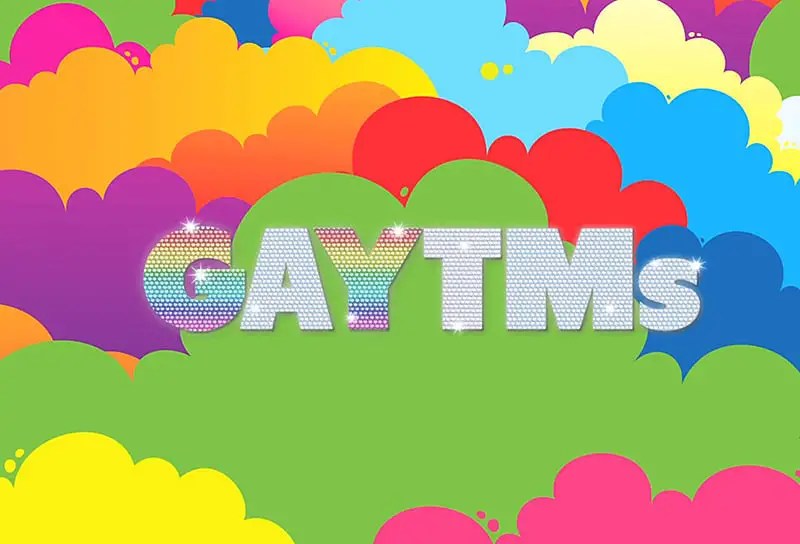 In their 8th year supporting the Sydney Gay and Lesbian Mardi Gras, sponsor and partner banking group ANZ celebrated by turning 10 ATMS into GAYTMs and are donating the ATM operator fees for non-ANZ cardholders to non-profit organization Twenty10 for the duration of the campaign.

The GAYTMs even dispense rainbow receipts: 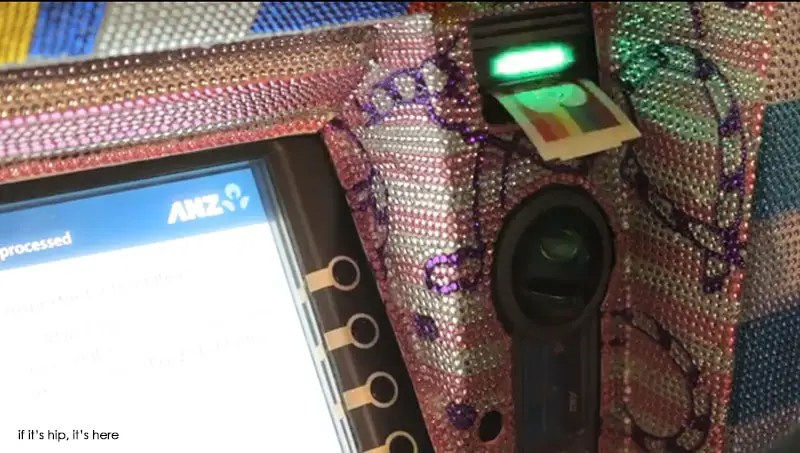 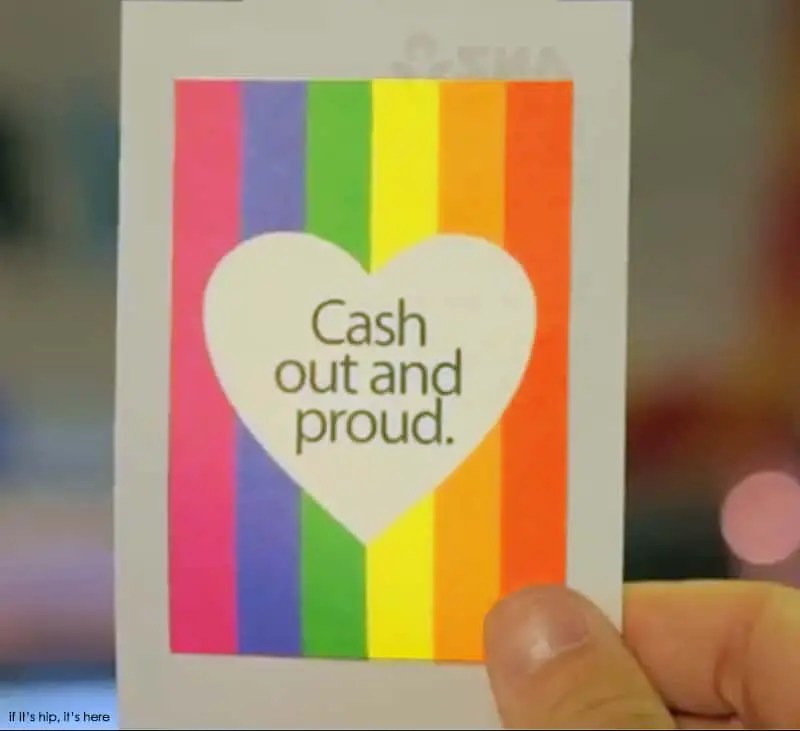 Created by WhybinTBWA Melbourne, each of the ten GAYTMs is decked out with a different theme and located around Sydney, Bondi Junction, Darlinghurt and Surry Hills. 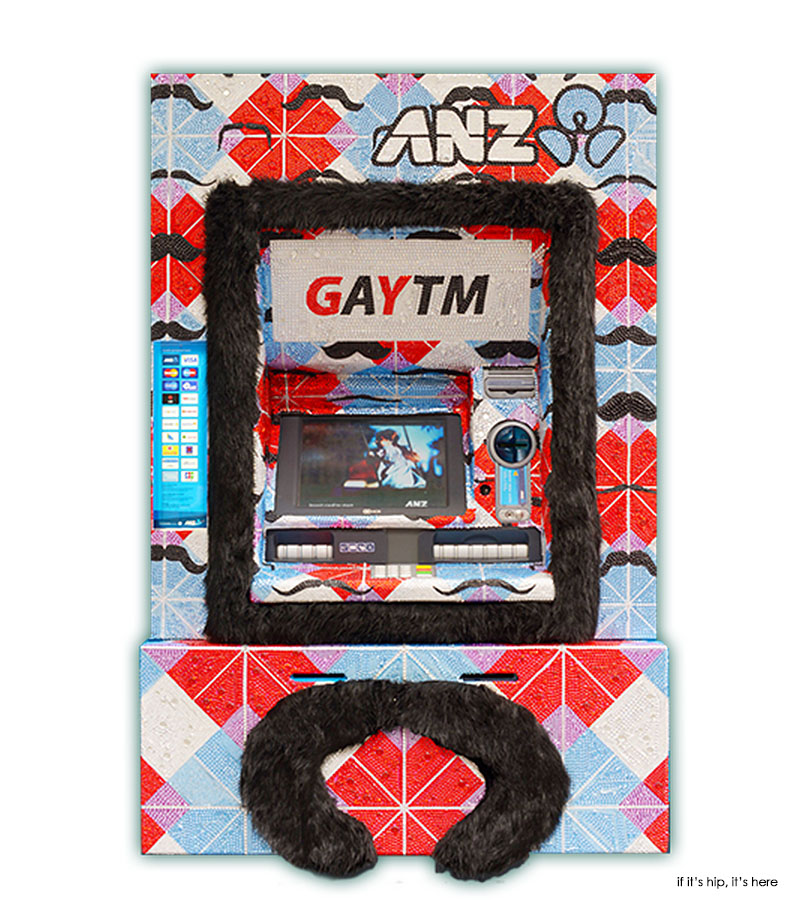 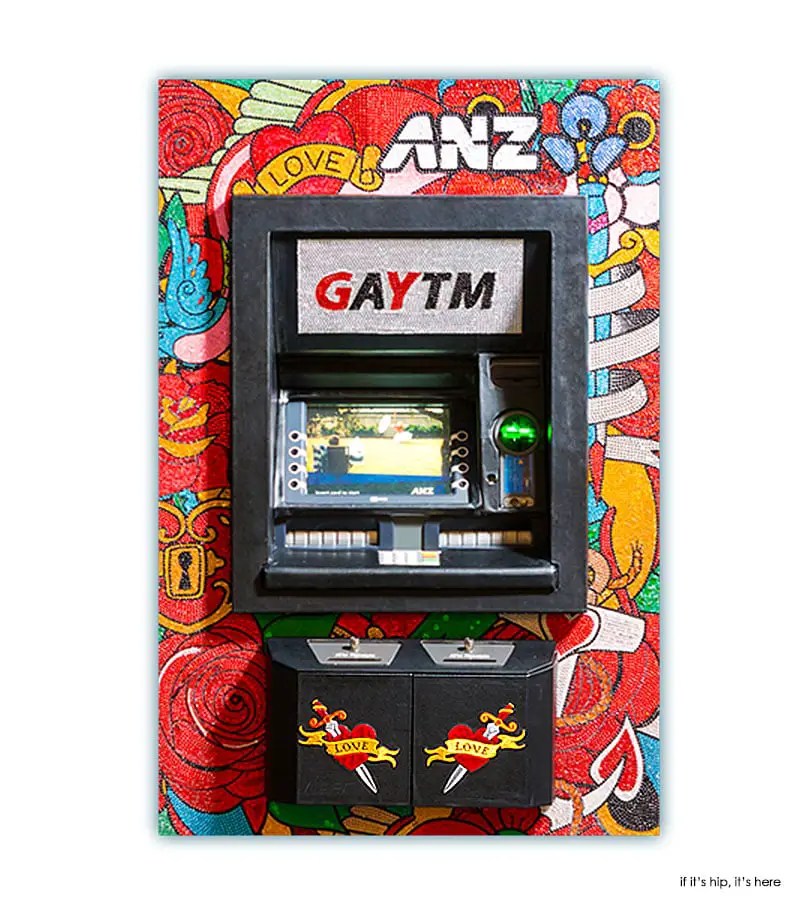 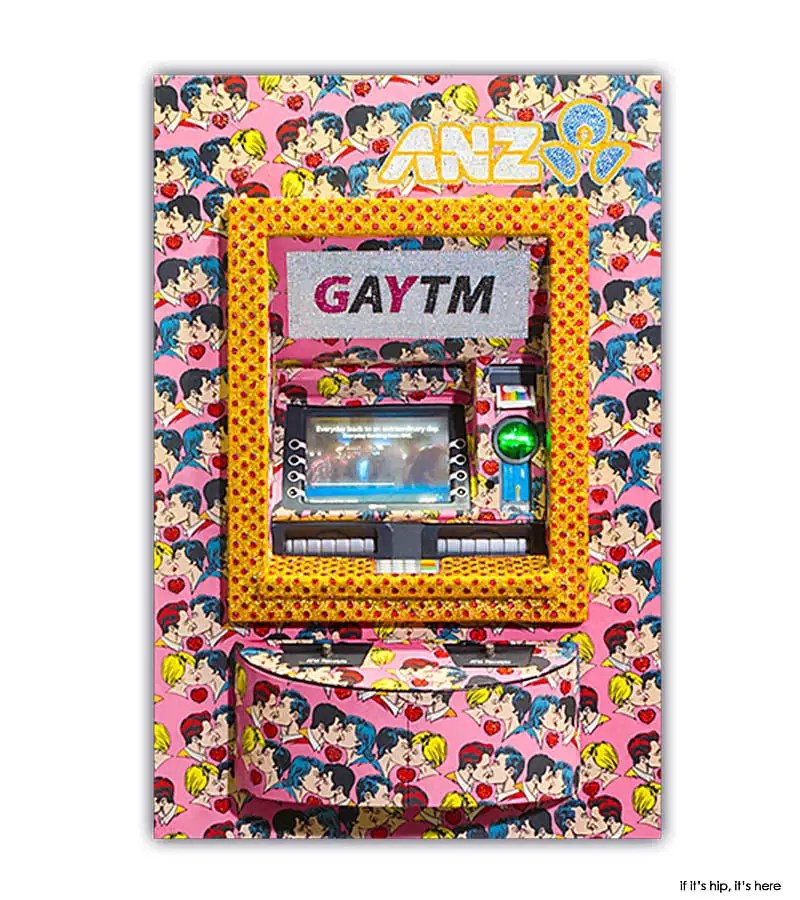 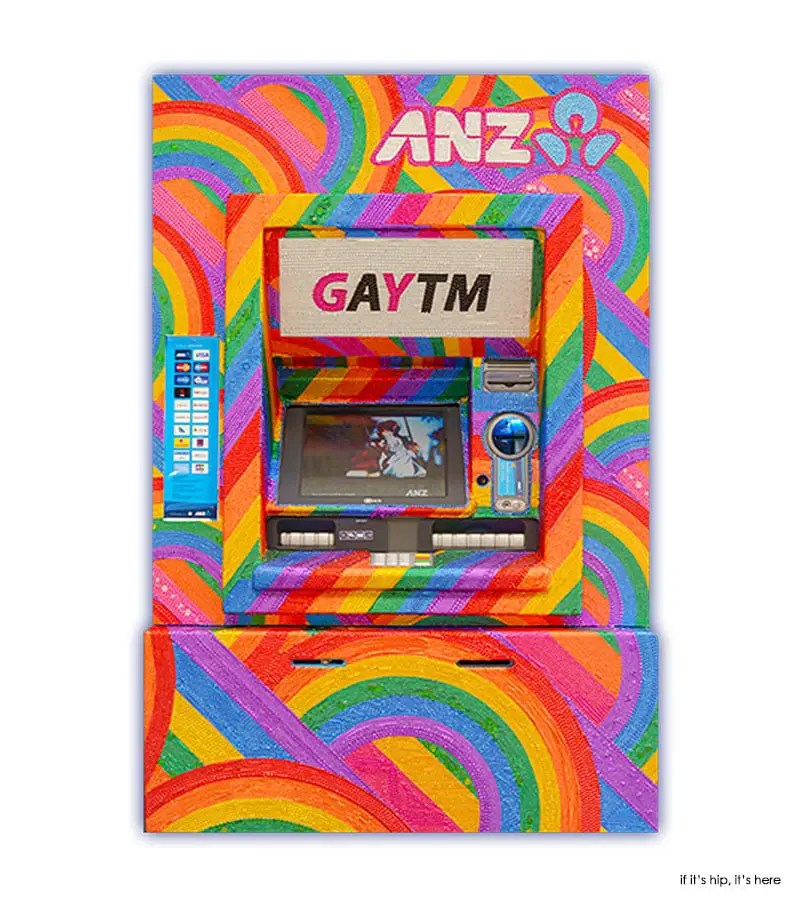 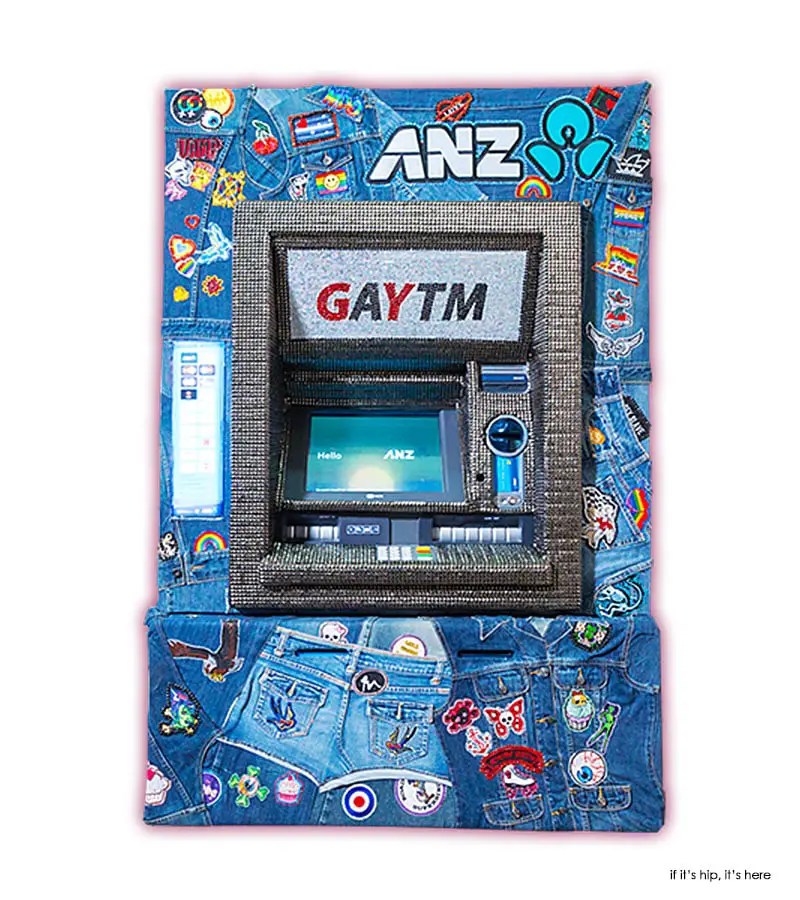 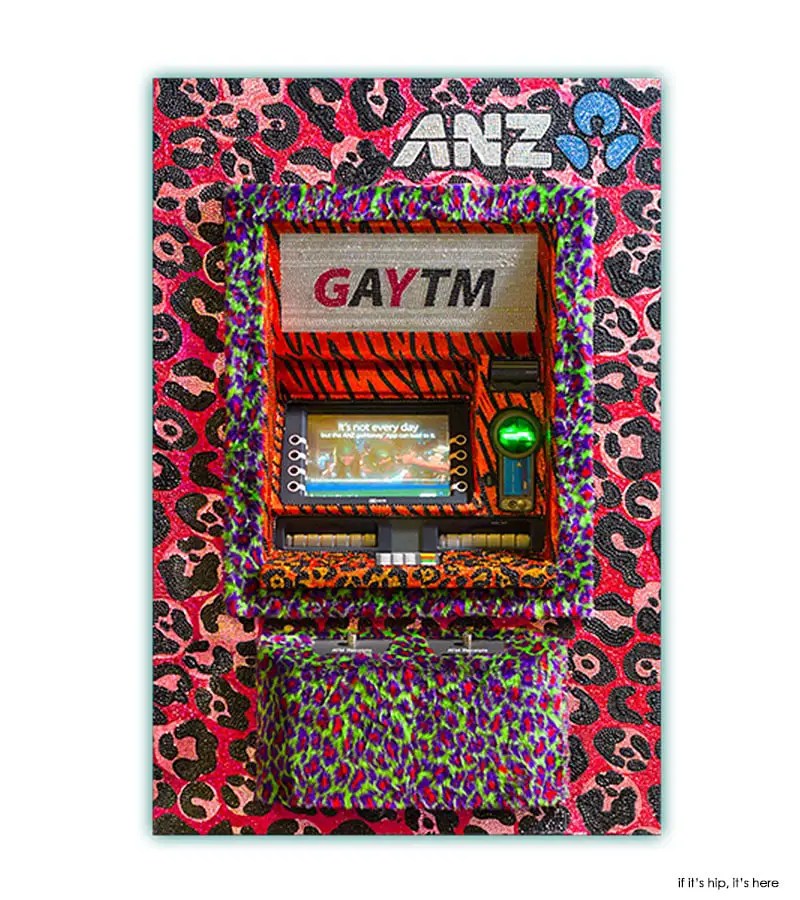 The Sydney Gay and Lesbian Mardi Gras is a non-for profit member based organization responsible for putting together the annual Parade and Festival, as well as a number of other events throughout the year. ANZ has been a major sponsor since 2007, with their recently announced three year Principle Partnership taking them to their 10 year anniversary supporting the event. Created by WhybinTBWA Melbourne, each unique GAYTM has been inspired by gay and lesbian culture. The designs see each ATM being bejewelled by hand in rhinestones, sequins, studs, leather, denim and fur. From unicorns and drag queens to rainbows and tattoos, each GAYTM is a riot of colour and textures to celebrate the festival and show ANZ’s support for diversity. 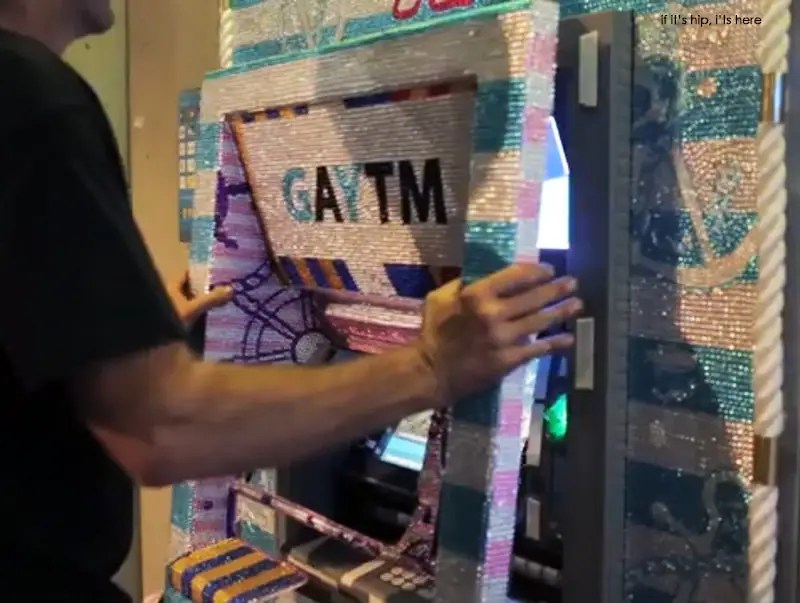 As well as looking fabulous on the outside, selected ANZ GAYTM screens themselves have been given a makeover to carry messages and well-wishes such as ‘Hello gorgeous’, ‘Cash out and proud’, and of course… ‘Happy Mardi Gras!’. 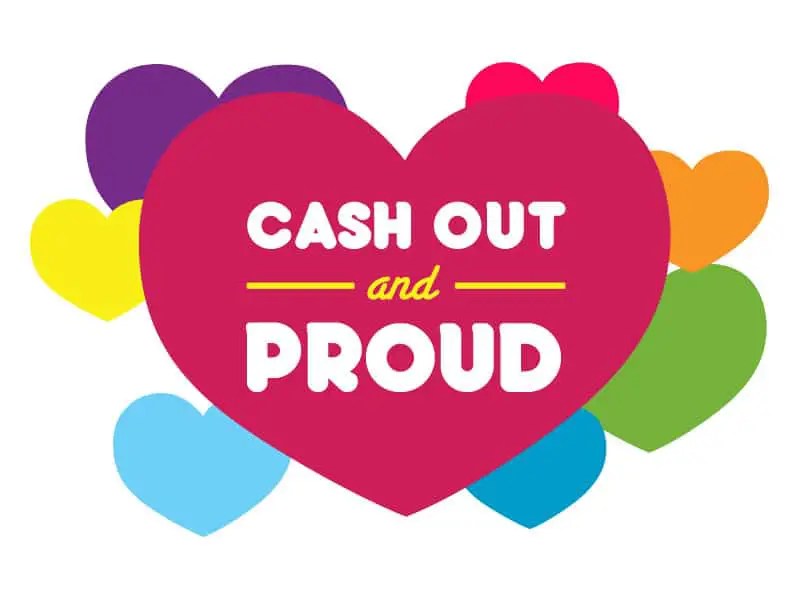 And to complete the experience, the GAYTMs will dispense rainbow coloured receipts.

Beyond simply joining the party, ANZ is donating the ATM operator fees for non-ANZ cardholders from the GAYTMs to non-profit organisation Twenty10 for the duration of the campaign. 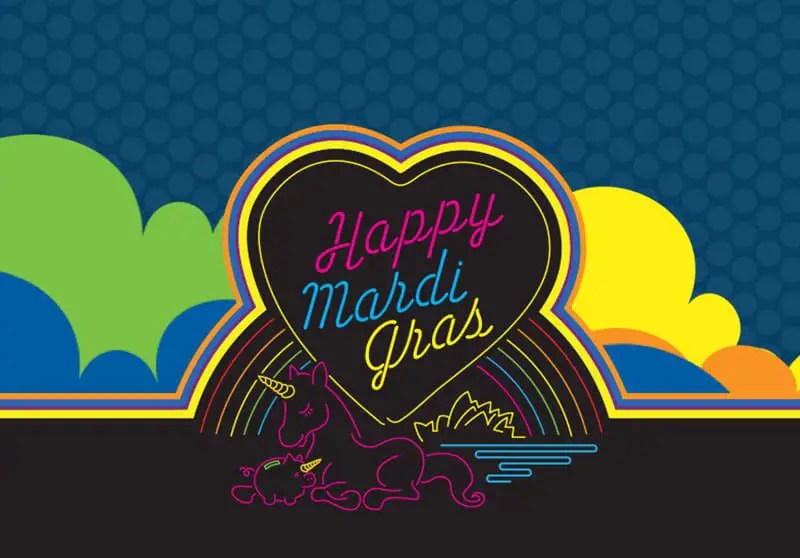 “ANZ’s GAYTMs are a fun and colourful way of bringing our ATMs out to celebrate diversity and show our support for one of Australia’s largest festivals,” said Carolyn Bendall, Head of Australia Marketing ANZ.

She added, “ANZ has been a major sponsor and participant of the Sydney Gay and Lesbian Mardi Gras since 2007, recently announcing a further three year commitment as inaugural Principal Partner.”