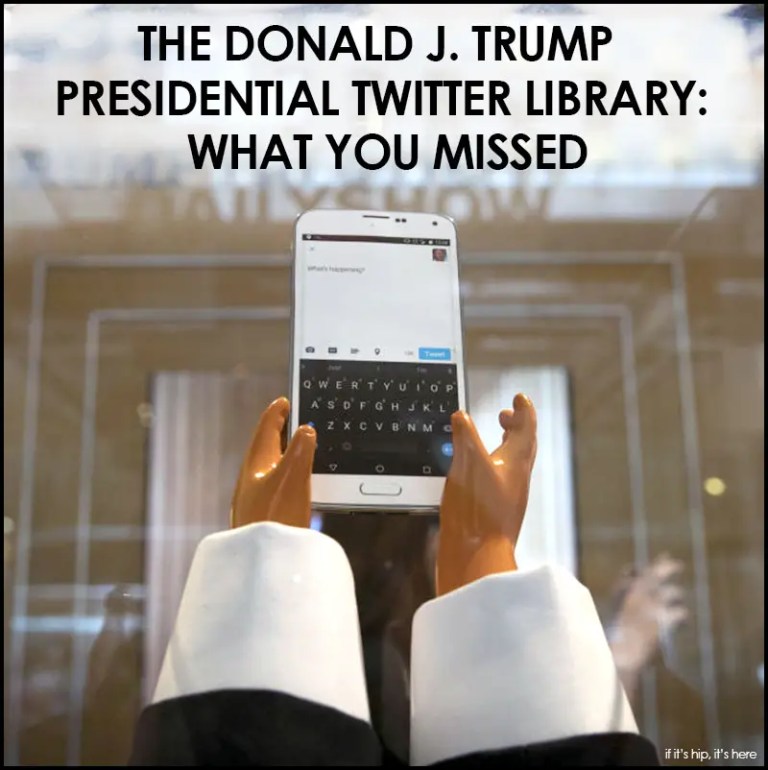 In March of this year, it was announced that Comedy Central’s The Daily Show would be presenting The Donald J. Trump Presidential Twitter Library Honoring The 45TH President of the United States. They made good on their word and the event took place this past Father’s Day Weekend, opening Friday June 16 and closing on Sunday 18th. The temporary library was located in New York City at 3 West 57th Street near Fifth Avenue, just a stone’s throw from Trump Tower. Admission was free and open to the public between the hours of 11:00 a.m. and 7:00 p.m. If you couldn’t make it, we’ve got lots of great photos for you. 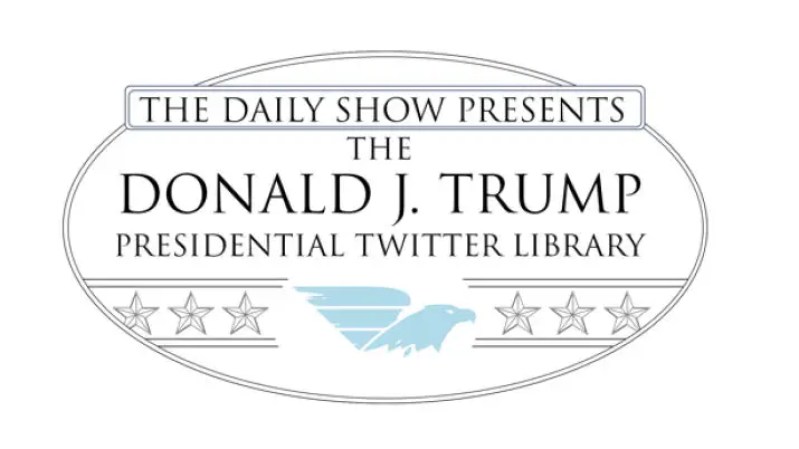 The temporary installation was promoted online and on Comedy Central by The Daily Show host Trevor Noah for the past few weeks. 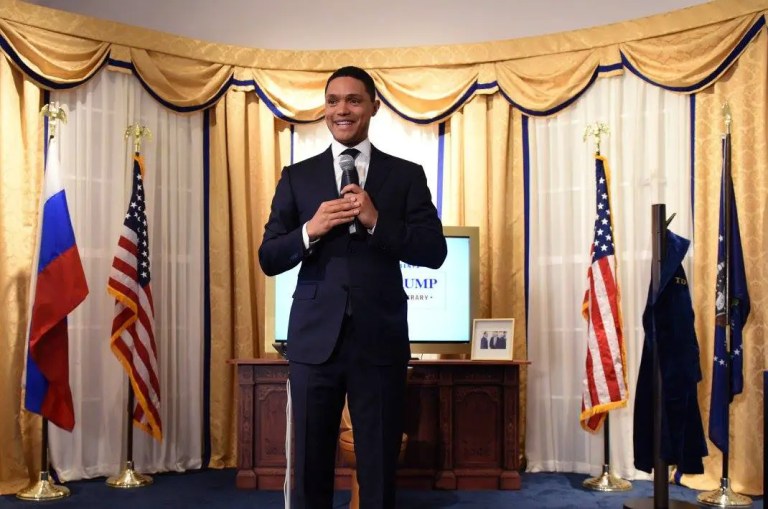 Word got out and the lines were at least two hours long during the weekend to visit the Trump Twitter Library. Based on numerous comments on Twitter and Instagram, everyone felt the exhibition was worth the wait.

The Daily Show Presents: The Donald J. Trump Presidential Twitter Library is the first of its kind. Showcasing our Commander in Chief’s preferred vessel for communicating with the public, his Twitter feed, the venue was filled with imaginative and interactive experiences. Visitors got a one-in-a-lifetime chance for some truly fun photo-ops. 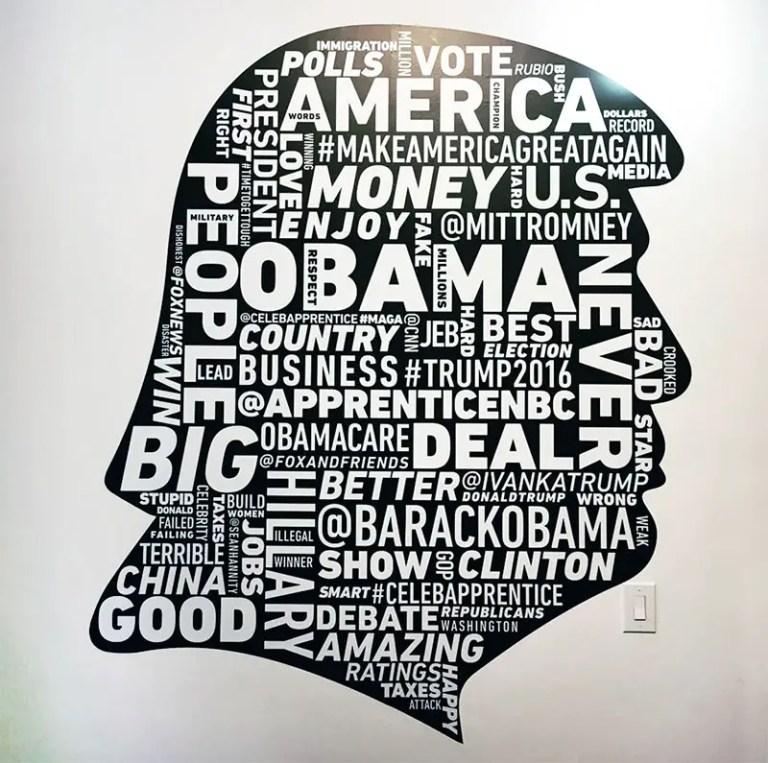 THE COMMANDER-IN-TWEET: If there’s one thing Trump is known for, it’s tweeting in response to potentially sensitive situations. At the library’s marquee attraction, attendees had the chance to do the same by composing a totally necessary tweet upon a golden toilet installed in the Oval Office. And many did. 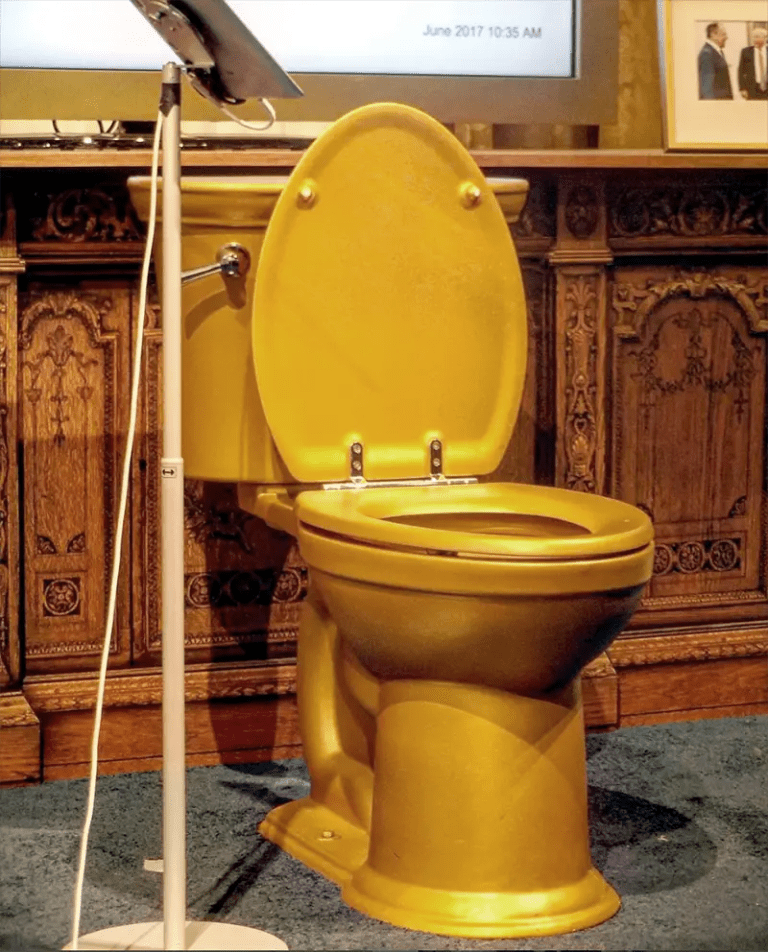 THE PAINTING: Emanuel Gottlieb Leutze’s famous 1851 painting of Washington Crossing the Delaware was re-imagined with Donald twittering accompanied by his cohorts: 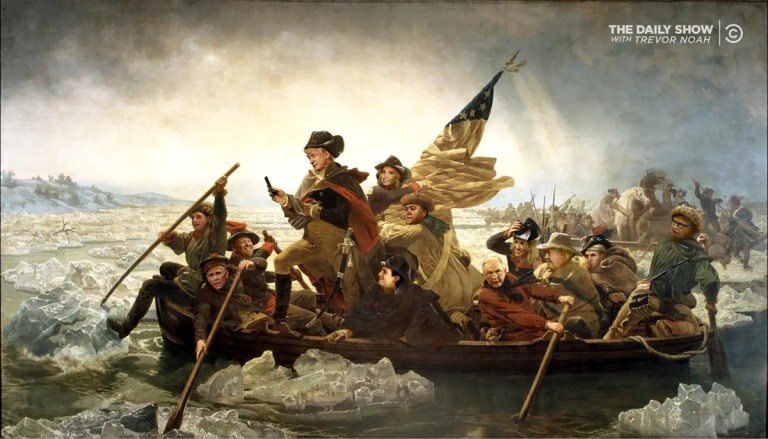 SAD! A RETROSPECTIVE: A video retrospective solemnly displayed a collection of people, places and things that the President has deemed “SAD!” 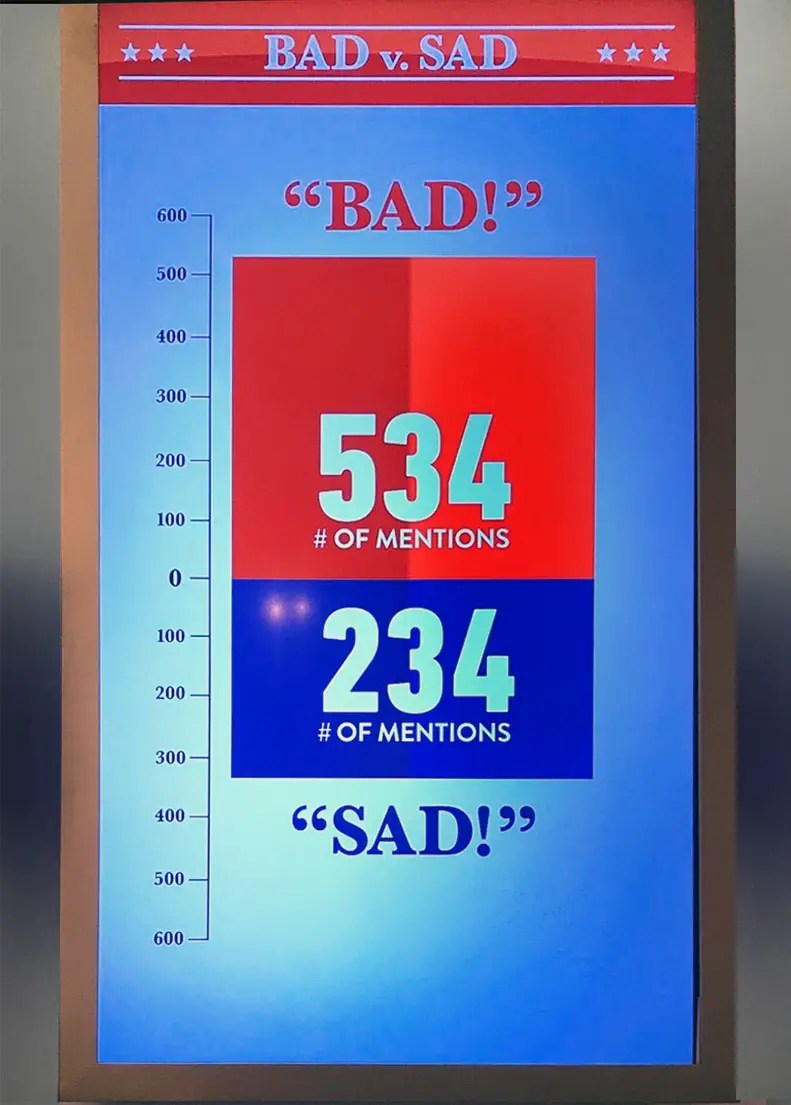 TRUMP VS. TRUMP: Displays of President Trump’s unique ability to hold a variety of different opinions on the same subject.

VERIFIED SURVIVORS: Visitors could listen to a series of testimonials from a collection of verified survivors, as they recount the trauma of being targeted by Trump on Twitter. 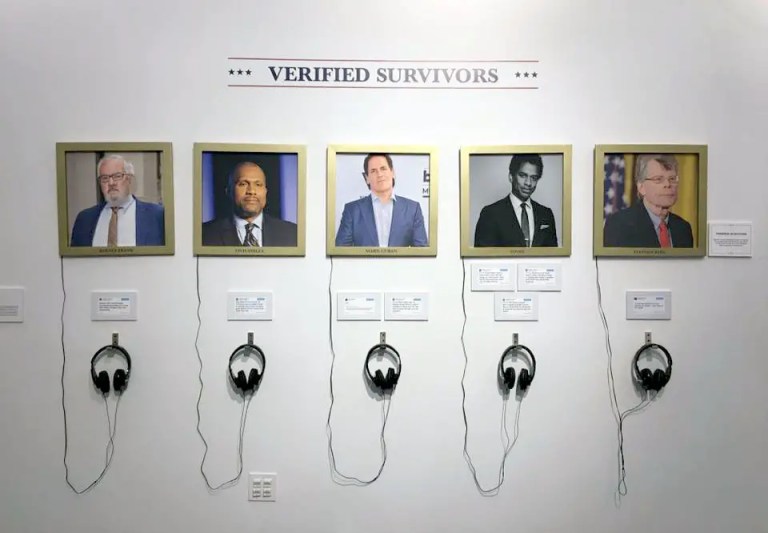 MASTER WORKS FROM THE COLLECTION: Sit back and admire some of Trump’s finest work as a master tweeter. 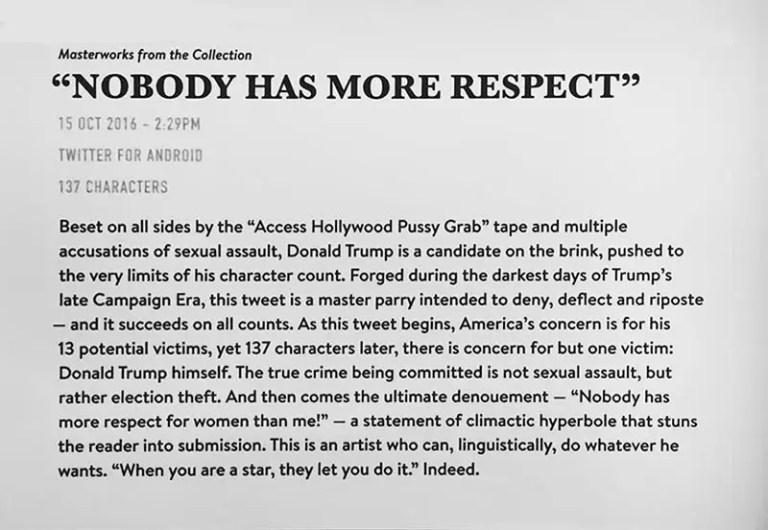 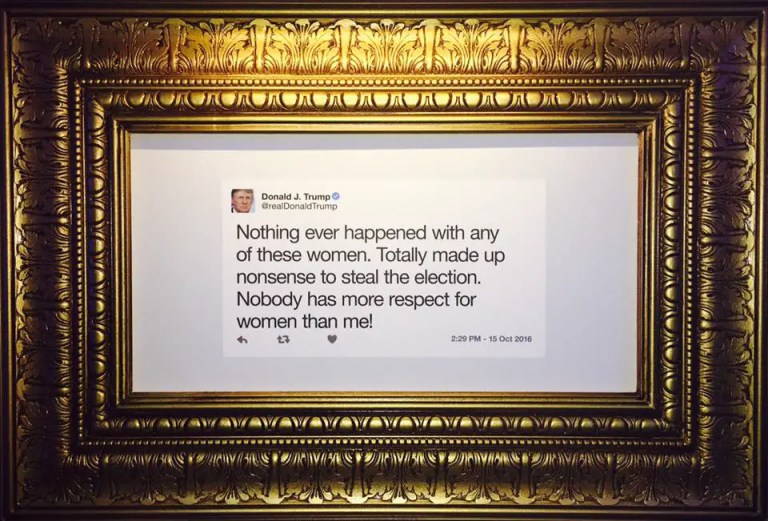 TWISTORY IN THE MAKING: DONALD J. TRUMP ON TWITTER: Attendees were able to study the broad arc of Trump’s history in one comprehensive timeline. From his very first tweet about his appearance on Letterman, to his proclamations that Obama was born in Kenya, to his important, early morning screeds as the leader of the free world. The TRUMP NICKNAME GENERATOR spat out a derogatory name for you, which many visitors wrote on their own name tags. THE WORLD MAP: Each flag represents a country Trump has insulted in a tweet. The numbers on the flags represent the number of tweets and match the tweets printed along the borders of the map. There was also a MAGA-NETIC Wall whose words could be rearranged by visitors: 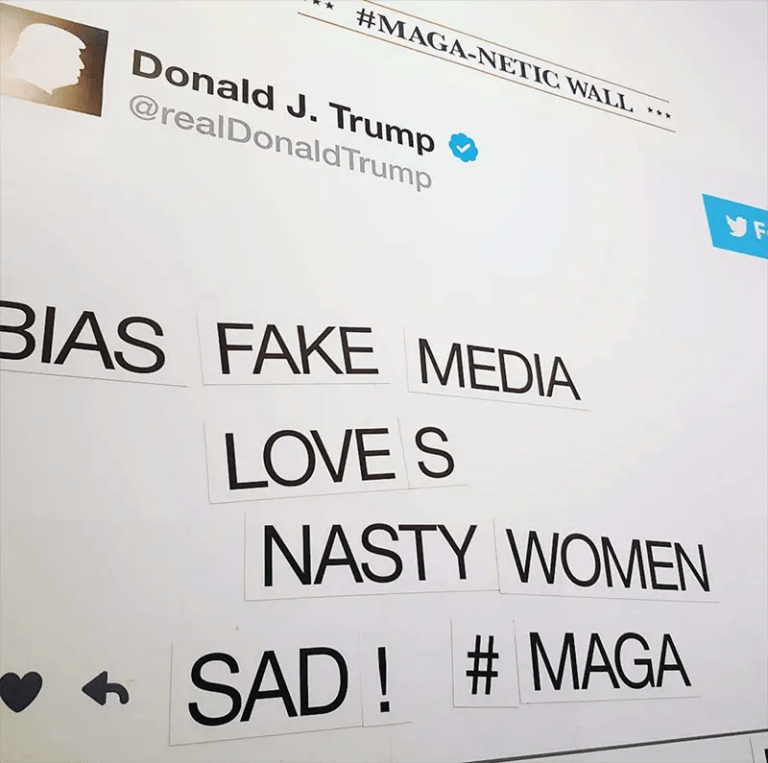 The the fondant-covered ELECTION CAKE, which was mocked for being an exact copy of the cake at Barack Obama’s 2013 inaugural festivities and which Trump and Vice President Mike Pence cut bride-and-groom style at the inaugural ball, was there too, in styrofoam. 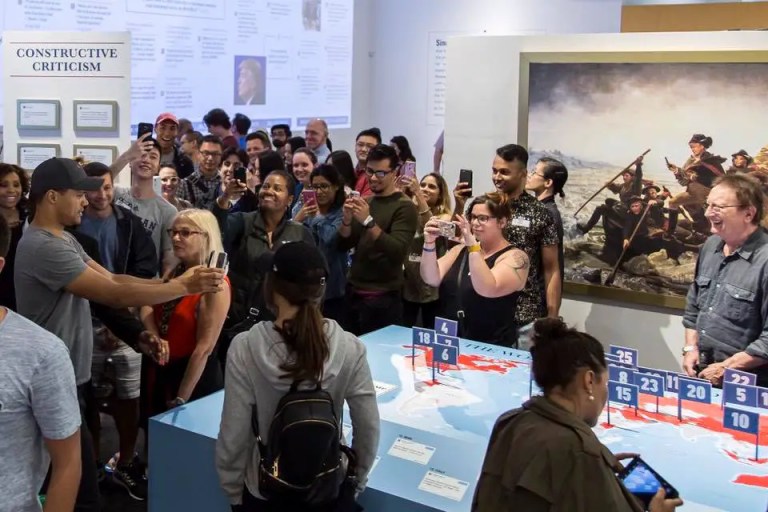 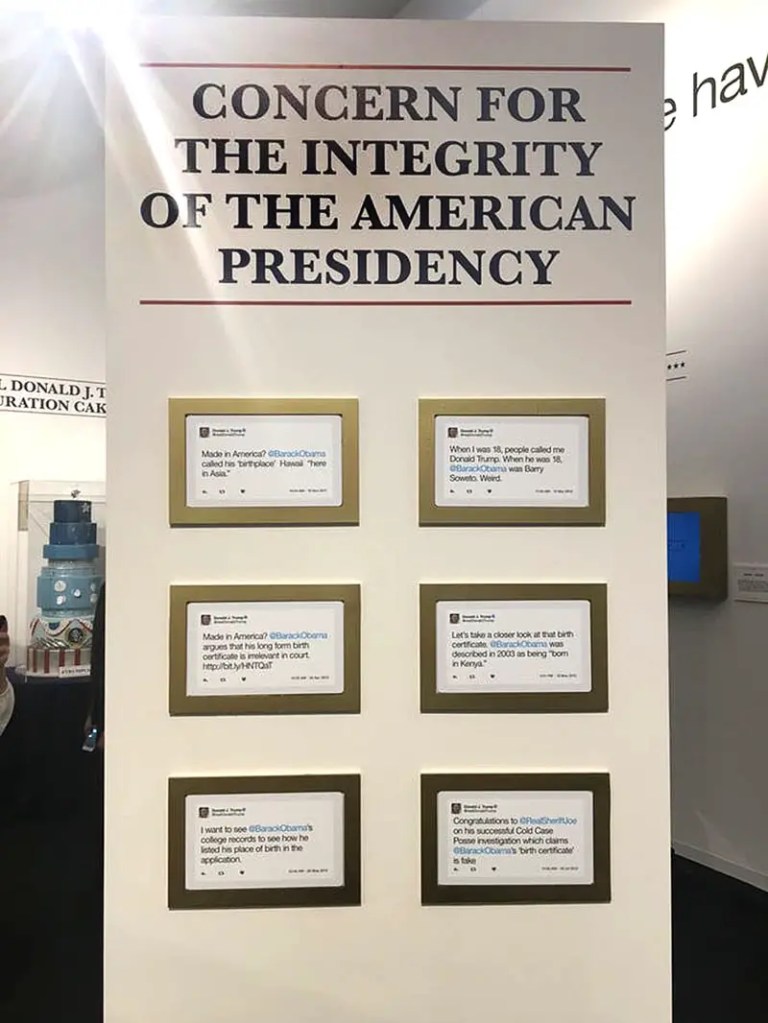 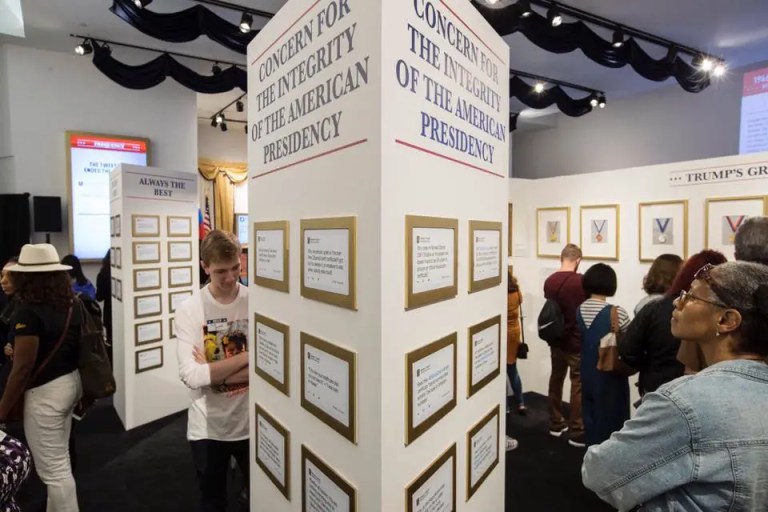 all photos courtesy of Comedy Central, unless otherwise noted

Trevor Noah, Steve Bodow, Jen Flanz and Jill Katz are the Executive Producers of The Daily Show with Trevor Noah with Eric Davies, Pam DePace, Ramin Hedayati, Justin Melkmann and Elise Terrell as Supervising Producers. Zhubin Parang is the Head Writer with Daniel Radosh as Senior Writer. The series is directed by Chuck O’Neil. Sarah Babineau is the Executive in Charge of Production for Comedy Central.

Available on-air, online and on-the-go via the Comedy Central App, Comedy Central (www.cc.com) is the #1 brand in comedy and is owned by, and is a registered trademark of, Comedy Partners, a wholly-owned unit of Viacom Inc. (NASDAQ: VIA and VIAB). For up-to-the-minute and archival press information and photographs visit Comedy Central’s press Web site at press.cc.com and follow us on Twitter @ComedyCentralPR for the latest in breaking news updates, behind-the-scenes information and photos.