` The Blonds Spring Summer 2017 Collection - If It's Hip, It's Here
Skip to content

When The Blonds put on a show, they PUT ON A SHOW. And their latest Spring-Summer 2017 Collection did not disappoint when it came to show-stopping shimmer and shine. 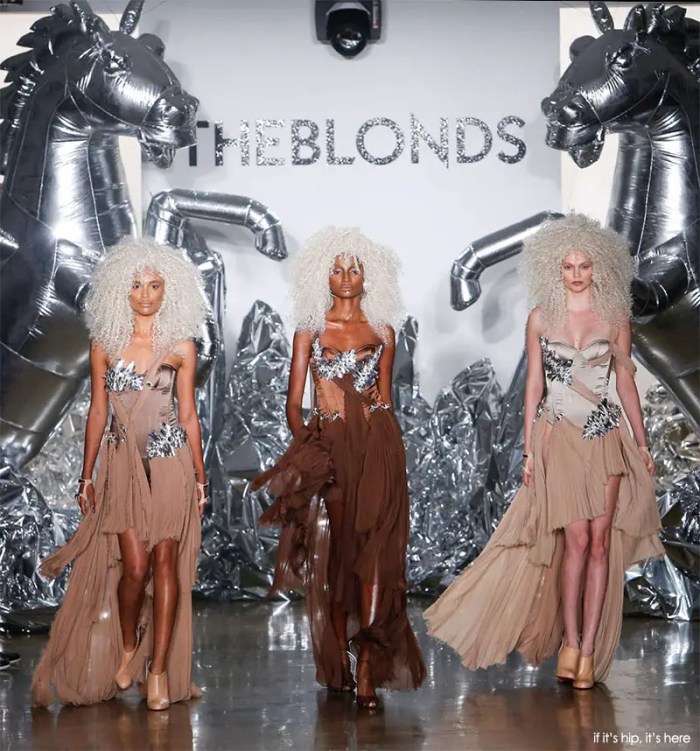 Male and female models donning silver, sparkle and sex appeal walked down the runway to the sounds of a remixed version of “Can You Feel It” by Mr. Fingers at New York’s Fashion Week. With giant, inflated winged silver unicorns setting the stage, the spectacle began.

The males wore wreaths of silver leaves and resembled Space-Age Gladiators. The women, in big blond bobbing Afro wigs, were like Mod Goddesses. The statuesque models were clad in monochromatic fashions of platinum, silver, gunmetal grey, black, white, nude and a bit of bronze. The Blonds’ signature corsets were accompanied by menswear and gowns this season, something new for Phillipe and David.

“It’s our 10th anniversary, so we really thought about what that meant to us and what our signatures are. We wanted to revisit our signatures, like platinum and tulle,” David told Fashion Times Here’s a good look at the entire The Blonds Spring Summer 2017 Collection: 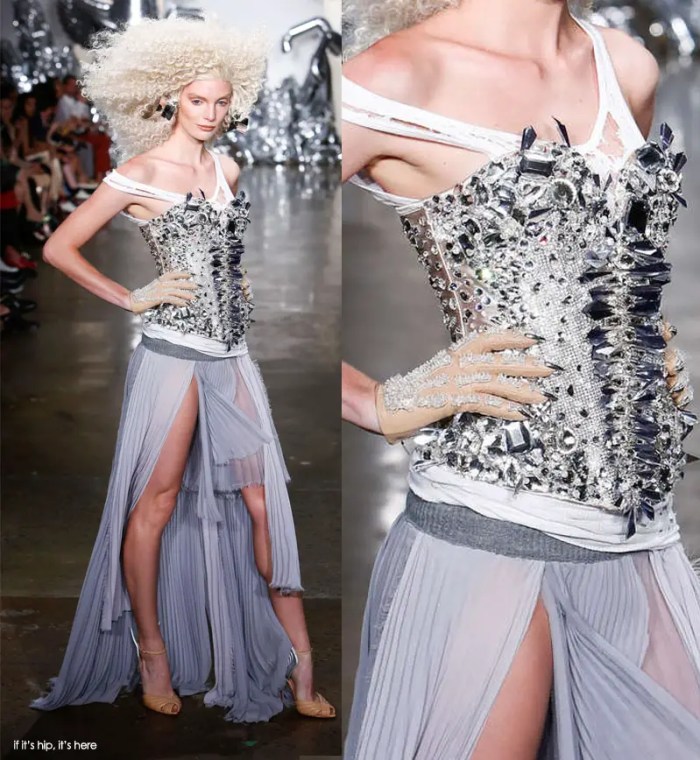 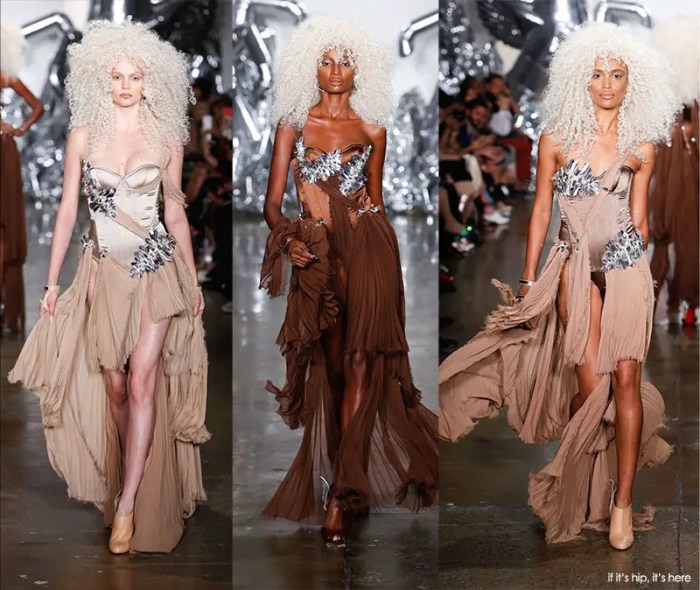 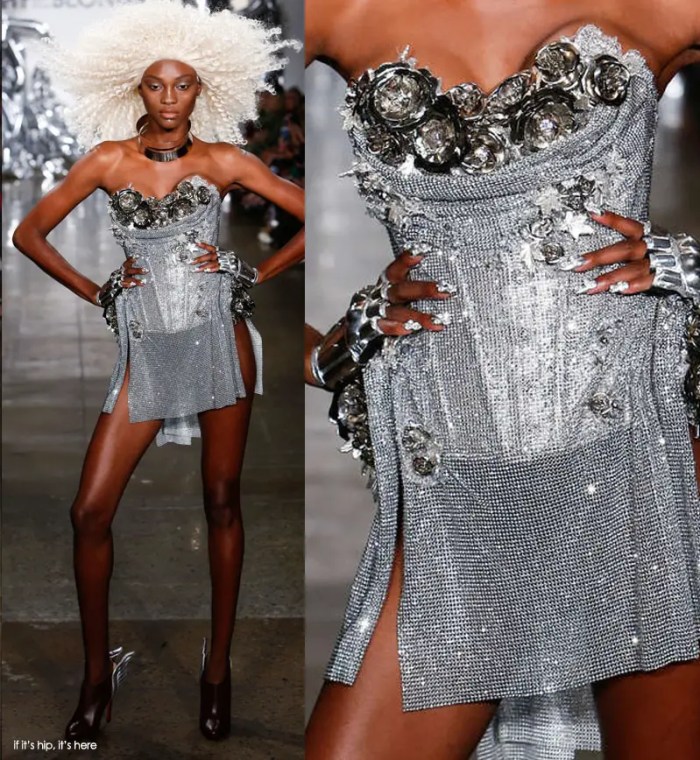 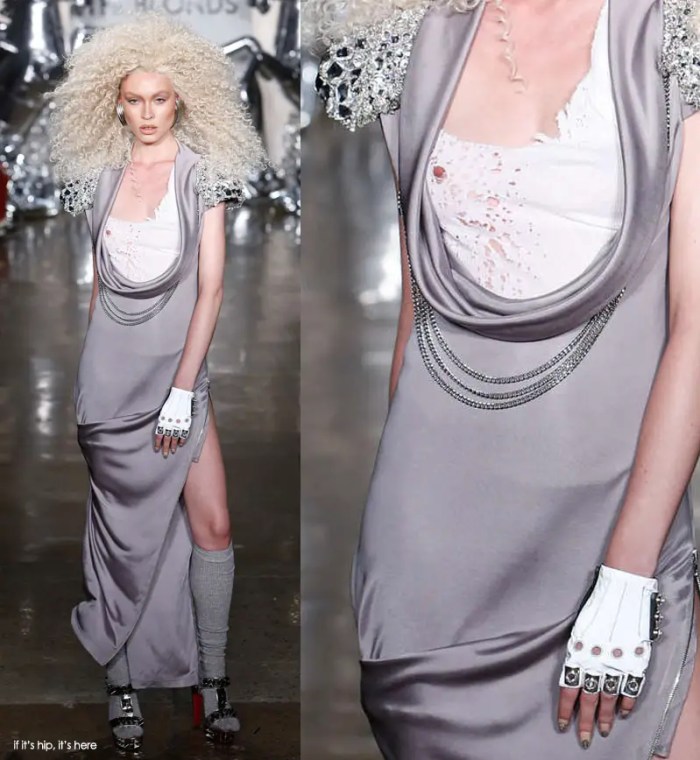 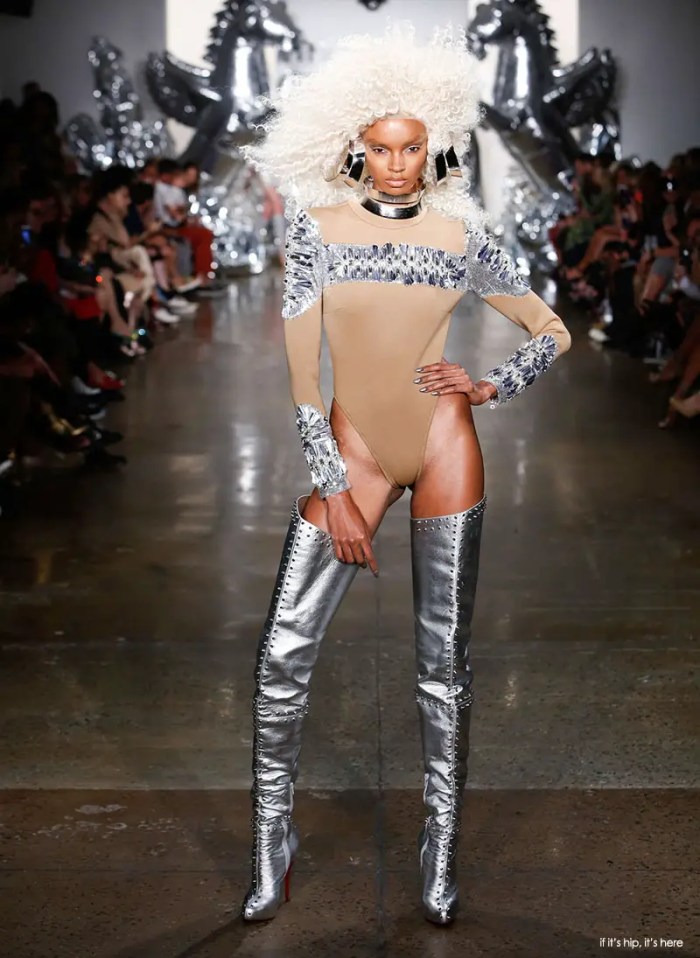 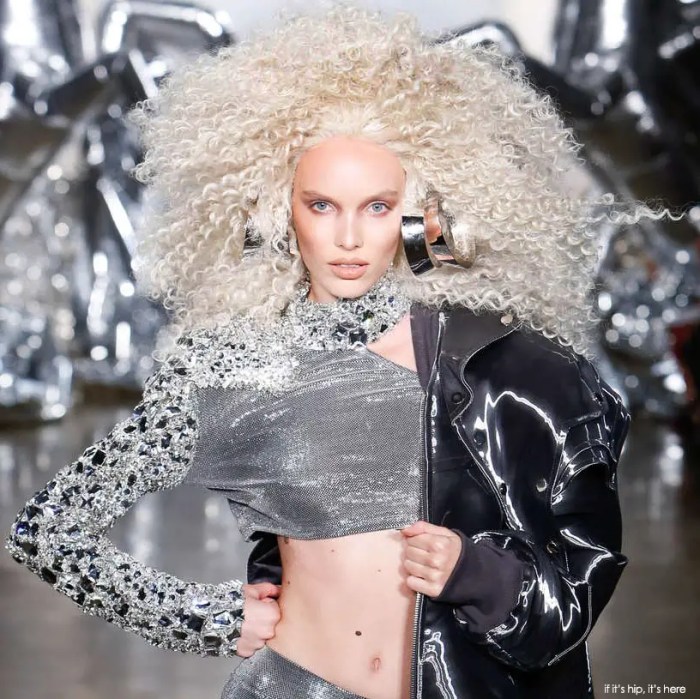 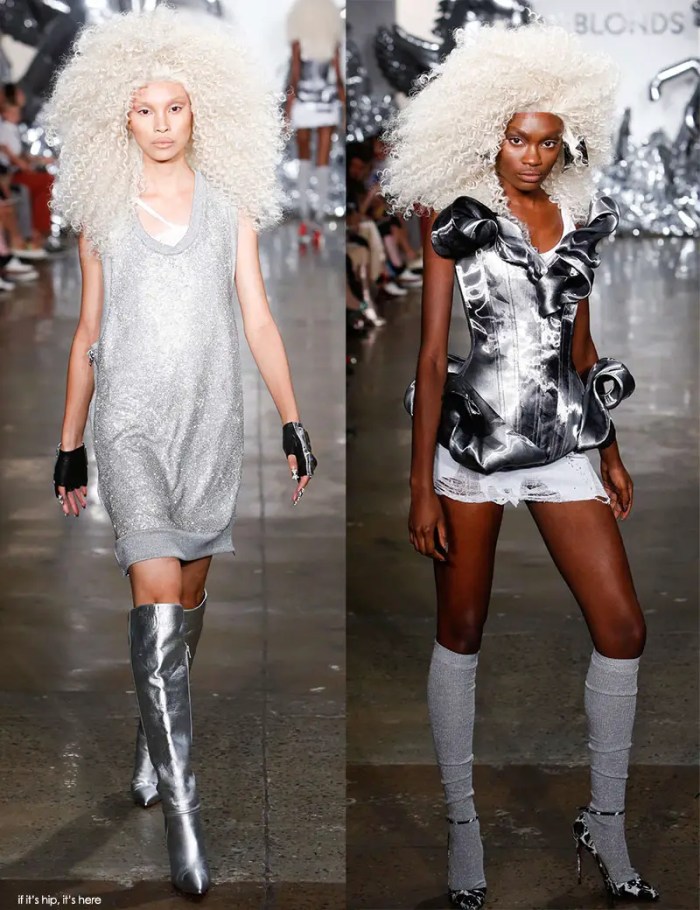 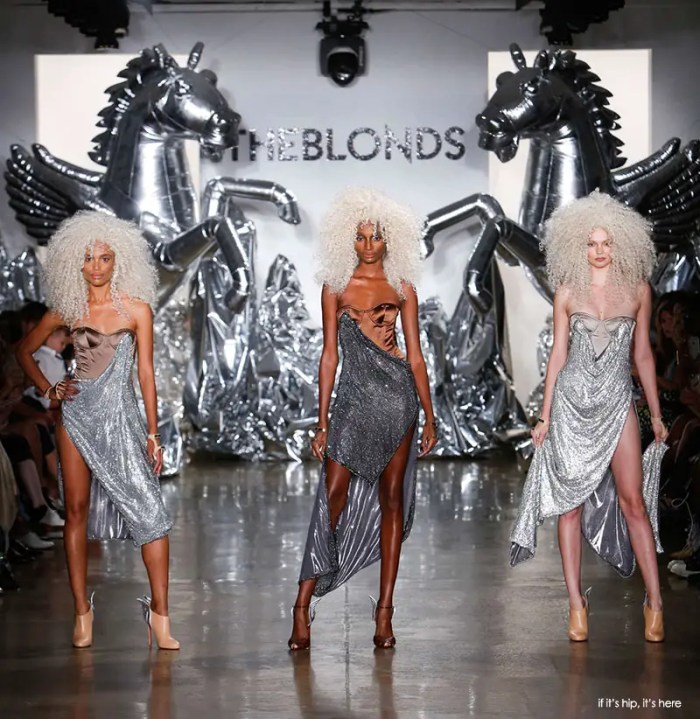 And as always, the beautiful Phillipe Blond, wowed us in the finale in a one sleeved bejeweled jumpsuit with matching ankle boots: 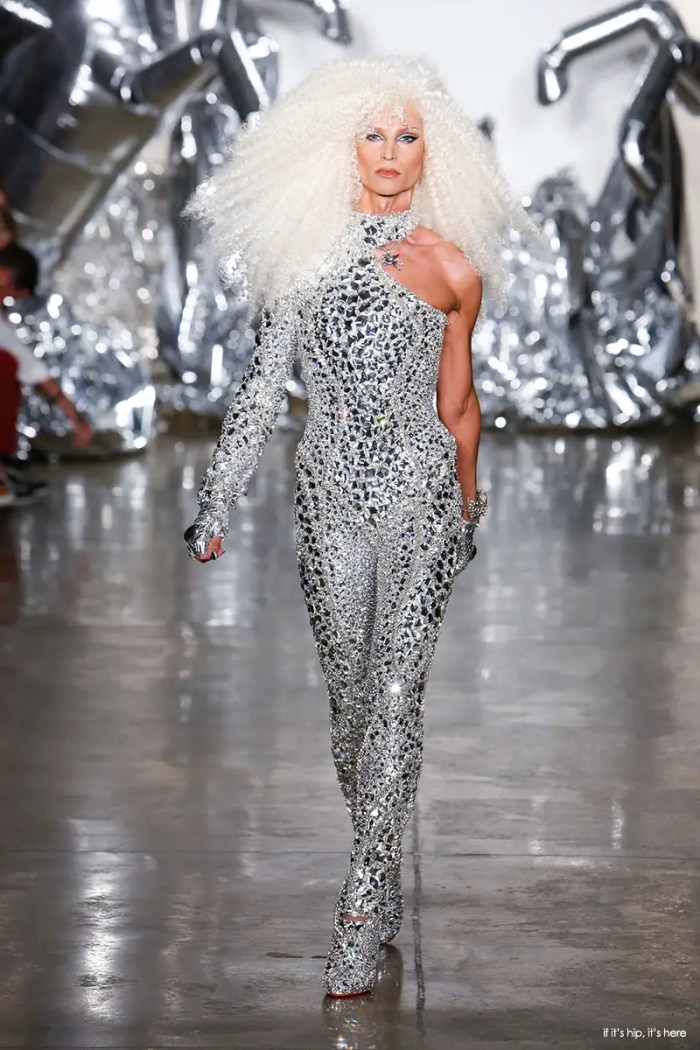 The Pegasus pendant he wore around his neck was echoed in the set design and the winged accessories: For The 420-Friendly Fashionista; Silk Marijuana Scarves by Peckham Rye

Newsworthy Nails. How To Give Yourself A Newspaper Transfer Manicure.