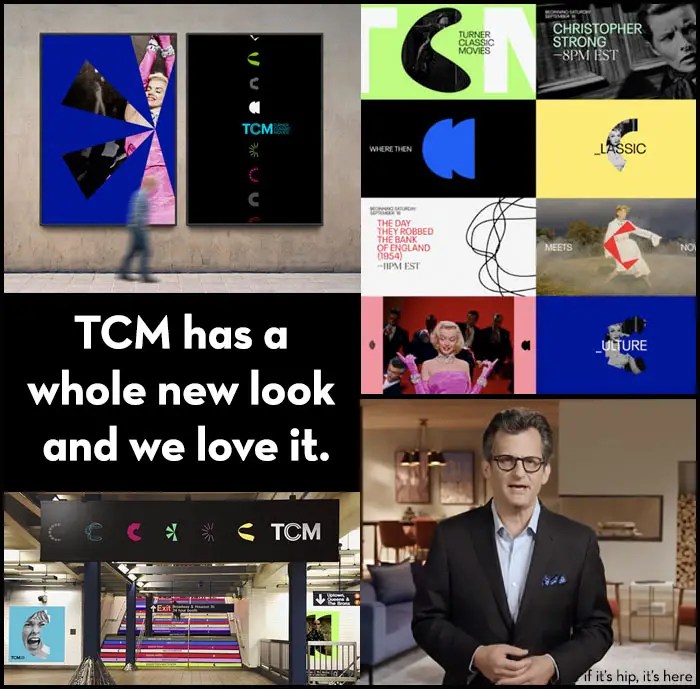 Competing against streaming channels for your attention, Turner Classic Movies, the go-to channel for any fan of classic films, has just refreshed their brand and revealed an all new look. The TCM rebranding includes updated versions of their onscreen graphics and accompanying sound design, new logo, new tagline, new advertising and even updated set designs.

Turner Classic Movies has a whole new look. Since 1994 the television channel and site have featured the brand identity created for them by Charles S. Anderson Design whose forte is their retro and vintage looking designs.

While it’s a was a great design and identity for the brand, it served its purpose and by 2021 ran the risk of pigeonholing the brand as old black and white movies your grandparents watched with the late, great host and historian Robert Osborne. Yet TCM is so much more. The several knowledgeable hosts, directors and celebrities engaging in intelligent discussions about the movies add so much to the experience.

Turner Classic Movies (TCM) has been airing uncut, commercial-free classic films for 27 years, and worked on a refresh of the network brand to “reflect the evolution in the way modern audiences are engaging with classic movies.” Accompanied by a new tagline, “Where Then Meets Now” the network is attempting to establish itself as the destination and catalyst for reframing the conversation around 20th century films for the 21st century.

“Everything old is new and classic movies are no exception,” said Pola Changnon, general manager of TCM. “Our new look better reflects the vibrant brand and respected industry authority that TCM has become over the years, with an eye toward the future. Fans can still enjoy the same curated classic film experience, now presented with a bold new energy that reflects today’s audience.”

Where Then Meets Now

To develop this new chapter of the brand, TCM worked with Sibling Rivalry to create the tagline and dynamic look. The new logo focuses on the energy of the “C” in TCM that comes to life in print and video. The double ‘C’ represents a modern take on the classic film lens and the four key ‘Cs’ of the brand – curation, context, connection, and culture, all of which are at the heart of TCM.

For the overall creative conceit, the network went back in time, using the vibrant tones of the original Technicolor spectrum to frame and elevate the black and white imagery of classic films. 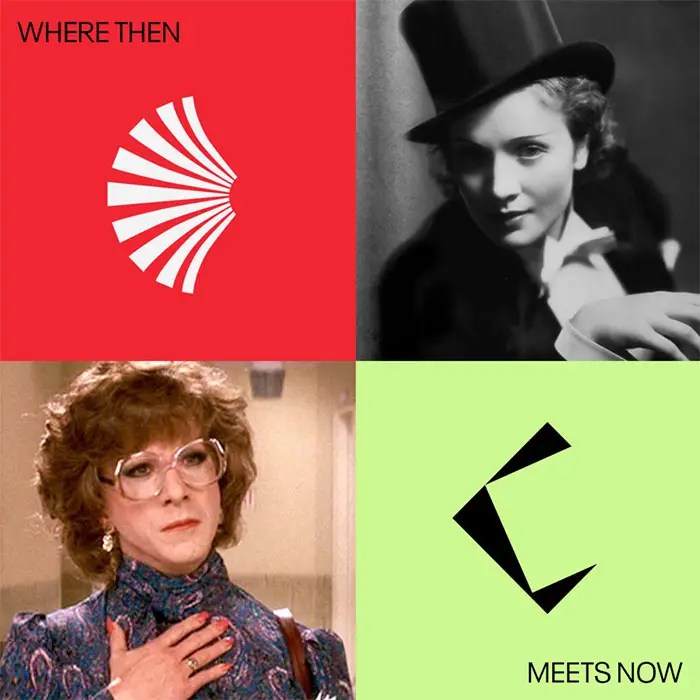 The new look lends itself to impactful and very contemporary looking branding. For the sonic identity (listen to it here), the network collaborated with Made Music Studio to create a custom sound that will give life to the new and colorful conceit. The TCM ‘song’ is a mash-up of several genres, including pop and the rapture of strings, which are a nod to iconic Hollywood musicals.

In addition to the packaging refresh, the on-air sets for TCM Hosts Ben Mankiewicz, Eddie Muller, Alicia Malone, Dave Karger, and Jacqueline Stewart will be reimagined and updated to lean into the personalities of each host with a more contemporary direction.

Culture morphs, tastes change and new stars are born, but TCM has remained a constant in Hollywood for almost three decades, currently ranking as a Top 30 cable network and has recently expanded beyond linear with a branded classics hub experience on HBO Max. Leveraging the vast film libraries from Warner Bros., HBO Max is a top streaming destination for movie fans, with TCM hosting their annual Classic Film Festival on the service this year.

images and information courtesy of TCM, Sibling/Rivalry and Warner Media

Protect The Environment – and Yourself – With Sustain Condoms.