you are here: if it's hip, it's here » watersports

The Jet Capsule is a small, aerodynamically designed customizable egg-shaped fiberglass boat designed by Pierpaolo Lazzarini of Lazzarini Design that has evolved much since it’s initial concept in 2009. END_OF_DOCUMENT_TOKEN_TO_BE_REPLACED

Pukas, who has the biggest surfboard factory in Europe, designed some special awesome colored LED surfboards. Along with Juan Mari Indo, they developed the technology and aesthetics of the lightweight glowing boards and sent them off to some surfers to try them out. END_OF_DOCUMENT_TOKEN_TO_BE_REPLACED

SUBWING is a new water sport product invented in the summer of 2010 by Simon Sivertsen. It allows you to fly through the water, much like a dolphin. The Carbon Fiber ‘wings’ allow you to glide, turn and twist as much as you’d like at the water’s surface or ocean’s bottom, while being pulled by a boat. END_OF_DOCUMENT_TOKEN_TO_BE_REPLACED 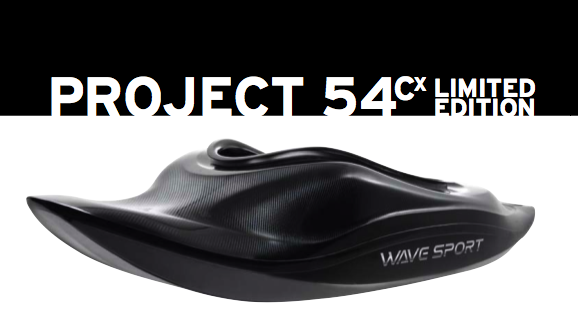 Project 54cx Limited Edition Carbon Fiber Kayak from Wave Sport is sleek, hand-crafted, individually numbered, with only a limited number of 50 issued worldwide. It’s not just super sexy and sleek-looking, the Kayak has received great reviews from Outside Magazine and Colorado Kayak. END_OF_DOCUMENT_TOKEN_TO_BE_REPLACED