you are here: if it's hip, it's here » horror photography

Van Lawson and her fiance Josh Morden, both from Parry Sound, Ontario, have a great sense of humor – albeit a sick one. For their engagement, instead of posing for clichéed, gooey-eyed, cheesy photos, they posed for a series of 26 photos taken by professional Toronto photographer Brandon Michael Gray, that emulate a Friday the 13th

If Heaven and Hell could be combined in an artistic photograph, the beautiful and talented Miss Lakune, has done so with her ethereally disturbing Gothic photographs. The perfect images for the month in which Halloween lies, her work is both simultaneously repelling and compelling. END_OF_DOCUMENT_TOKEN_TO_BE_REPLACED

You may recall a post I wrote in 2010 where I featured 30 popular movie posters which were Zombie-fied by artist Matt Busch. Classics like Star Wars, Jaws and Breakfast at Tiffany’s received the ghoulish treatment. Since then, a slew of new Zombie versions of beloved 80s Movie Posters (and more wonderful 90s movie posters) have been released. END_OF_DOCUMENT_TOKEN_TO_BE_REPLACED

Admittedly I’m up to my severed neck in Zombies, but this trailer [which has an opening shot of the eye of a dead female reminiscent of Hitchcock’s Pyscho scene, ] for the upcoming gruesome video game Dead Island has been getting a lot of buzz lately, and deservedly so. Purposely shot backwards and accompanied by a beautiful piece of music, the cgi rendered trailer has been controversial for its blood and gore, but it’s so compelling, one has to commend it for its production quality and undeniable appeal. END_OF_DOCUMENT_TOKEN_TO_BE_REPLACED

Zombies keep popping up in popular culture; books, movies, tv series.. and now, in movie posters from classic and cult films by Steven Spielberg, George Lucas, Rob Reiner and more. If you’re not familiar with Matt Busch and his re-imagined movie poster collection, Hollywood Is Dead, you’re about to see such lovable characters as Holly GoLightly and E.T. rendered as cataract-wearing, flesh-eating, blood thirsty monsters. END_OF_DOCUMENT_TOKEN_TO_BE_REPLACED

Halloween Inspired Art and Design: In honor of Halloween, here’s a reprise of some (there are many more) of my spookiest posts from the past few years in the areas of photography, fine art, fashion, furniture and design. END_OF_DOCUMENT_TOKEN_TO_BE_REPLACED 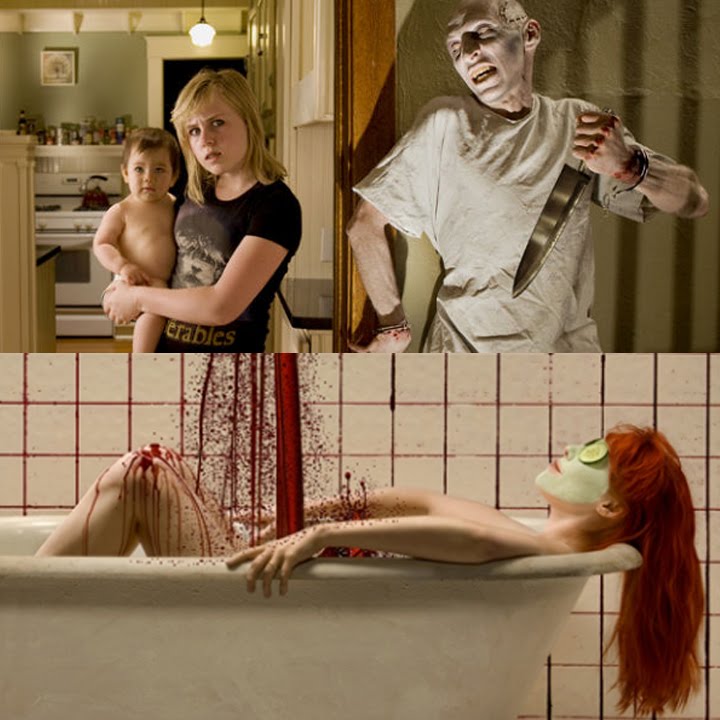 For the most successful horror franchise of all time, the SAW movies, Lionsgate smartly promotes the film with a Halloween blood drive that benefits The Red Cross. END_OF_DOCUMENT_TOKEN_TO_BE_REPLACED