you are here: if it's hip, it's here » figurative paintings

Contemporary Colombian born artist Johan Barrios considers himself a figurative painter but not a portraitist. Despite the fact that his subjects are always humans, their faces are obscured and they exist in an unspecified location, transforming them into objects rather than subjects. The artist has an upcoming solo show at Denmark’s KIRK Gallery and we’ve got a look at some of pieces for the show as well as his new limited edition sculpture releasing today. END_OF_DOCUMENT_TOKEN_TO_BE_REPLACED

Born to German parents in El Salvador, artist Nina Nolte, has had a fascination with water since childhood. In her series of acrylic paintings, The Best Is Yet To Come, water is represented as a social sanctuary for glamorous middle-aged women and their friends. END_OF_DOCUMENT_TOKEN_TO_BE_REPLACED

One of the leading figurative painters of his generation, Jonathan Wateridge (born in Zambia, 1972) recently exhibited his latest work, a collection of paintings named Enclave, at Pace London. It’s not easy to find the work from this show. A fan of his, I was looking forward to seeing the paintings from the exhibit, but they exist neither on PACE Gallery’s site nor on the site of the artist. END_OF_DOCUMENT_TOKEN_TO_BE_REPLACED 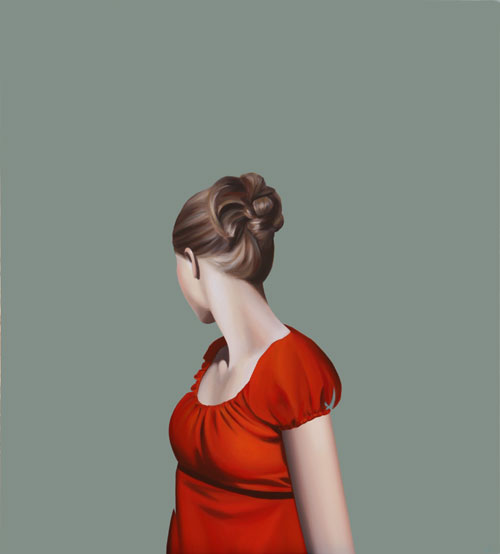 Texas born artist Erin Cone was named one of Southwest Art Magazine’s “21 under 31” to watch in 2003. Since then she has had numerous individual and group shows at galleries all over the United States. Currently showing at San Francisco’s Hespe Gallery and having just participated in a group show, In Portrait, at the Blank Space Gallery in New York, Erin’s latest works continue her bold take on contemporary figurative realism. END_OF_DOCUMENT_TOKEN_TO_BE_REPLACED

British realist, figurative and portrait painter Lucian Freud, who was one of the greatest artists of our time, passed away at the age of 88 on July 20th. END_OF_DOCUMENT_TOKEN_TO_BE_REPLACED 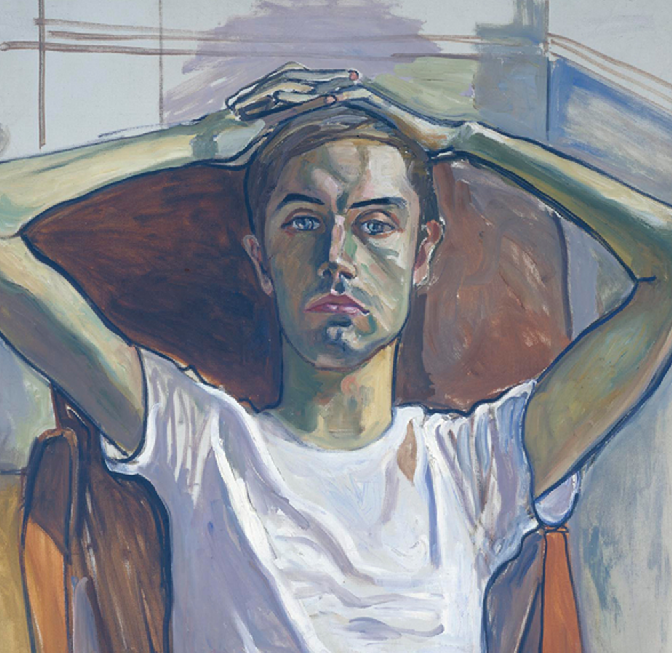 above: detail from Alice Neel’s 1965 portrait of Hartley, the artist’s son.

An inspiring exhibition, and the first major retrospective of one of the 20th century’s greatest portrait painters, American artist Alice Neel, has made its way to London’s Whitechapel Gallery after debuting last fall at the Museum of Fine Arts, Houston. END_OF_DOCUMENT_TOKEN_TO_BE_REPLACED

above: Deborah Hamon’s The Game combines a painted figure with a photographic background.

41 year old artist Deborah Hamon, born in Adelaide, Australia and now living and working in Marin County (my own home town), was recently named one of PDN’s 30 Photographers to Watch and has been featured in New American Paintings, Israel’s Picnic magazine, Flak photo, has a permanent piece (Wonderland) in the prestigious Crocker Bank Art Museum Collection, and has been the recipient of numerous awards, honors and mentions. END_OF_DOCUMENT_TOKEN_TO_BE_REPLACED