you are here: if it's hip, it's here » designer water bottles

evian announces its collaboration with fashion designer Elie Saab, to create a limited edition glass bottle that is a joint celebration of both brands’ pursuit of purity in design. The partnership between evian and Elie SAAB is the latest to follow six years of evian associating itself with international fashion brands. END_OF_DOCUMENT_TOKEN_TO_BE_REPLACED 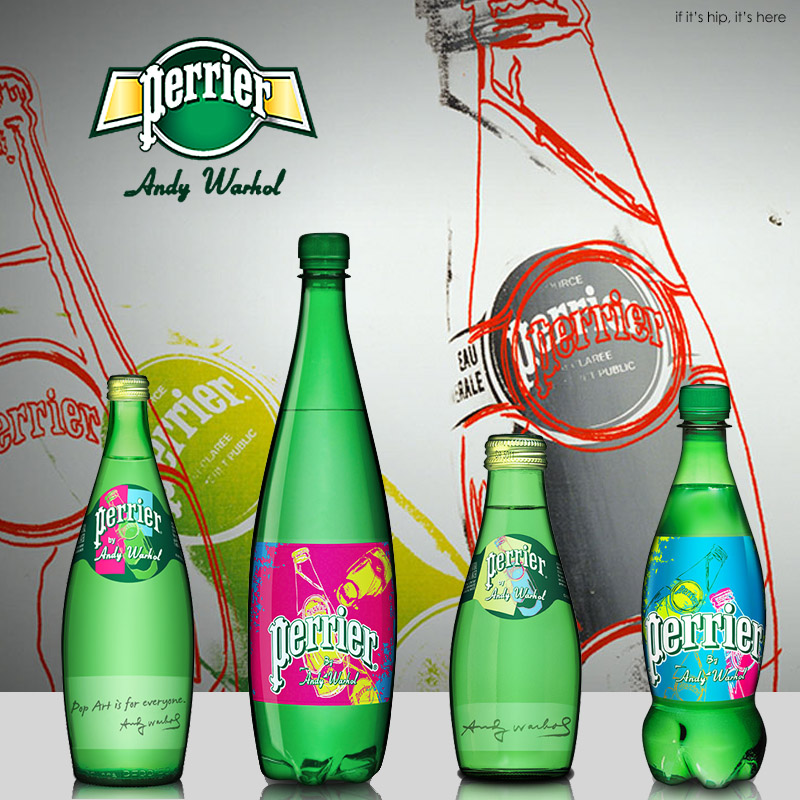 In 1983, Andy Warhol produced more than 40 works of art inspired by Perrier. To celebrate these works, Perrier has collaborated with the Andy Warhol Foundation for the Visual Arts to create Perrier by Warhol –a limited-edition series of Perrier packaging based on Warhol’s original works. END_OF_DOCUMENT_TOKEN_TO_BE_REPLACED

The legendary and elegant Diane von Furstenberg (aka DVF) is the latest fashion designer to pair up with evian water for a limited edition bottle design. END_OF_DOCUMENT_TOKEN_TO_BE_REPLACED