Altar Furniture resurrects old pinball machines and arcade games as unique pieces of furniture. This coffee table, made to emulate a Star Trek shuttlecraft, not only has an original vintage Star Trek pinball playing field, but also has LED lighting and four real meteorites (really) built into it. And those glowing rocks? why those are dilithium crystals, of course (not really).

Using the Starship Enterprise shuttle shape as a base, Altar Furniture modified the ratios, forms and sizes of the craft to fit a coffee table. Both ends of the one-off coffee table are operated electronically to open and close: The lighting is converted to LED technology, and is controlled by a custom made panel. The table boasts a Muoninalusta, a Chelyabinsk, a Moldavite and an Indochynite meteorite: 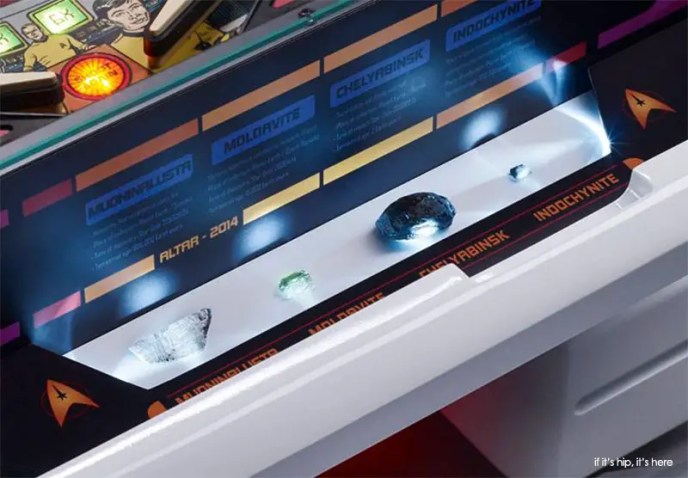 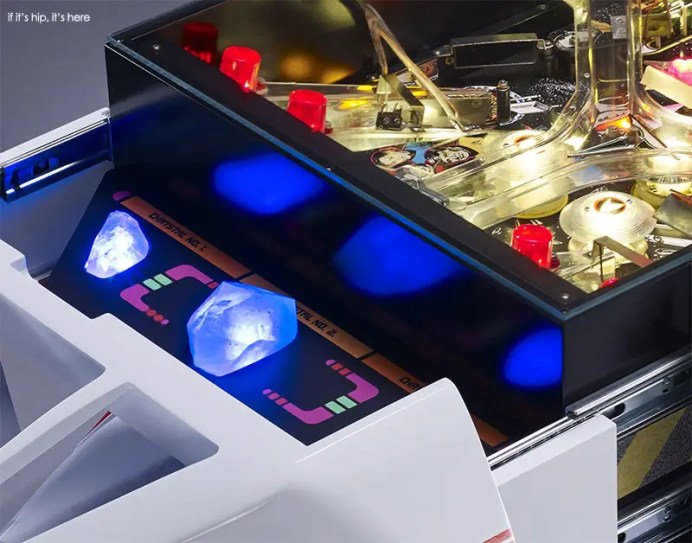 The project, which began in July 2014, took 390 working hours to complete. It debuted at the PlayIt Show in Budapest.

2020 UPDATE: Sadly both the company, Altar, and the coffee table have since disappeared into space.

Images and information courtesy of Altar Furniture and Archiexpo