Over a year in the making, Stack And Scare blocks are a new series of 4 wooden monster block sets designed by Invisible Creature and produced by the coolest toy blocks store ever, Uncle Goose. 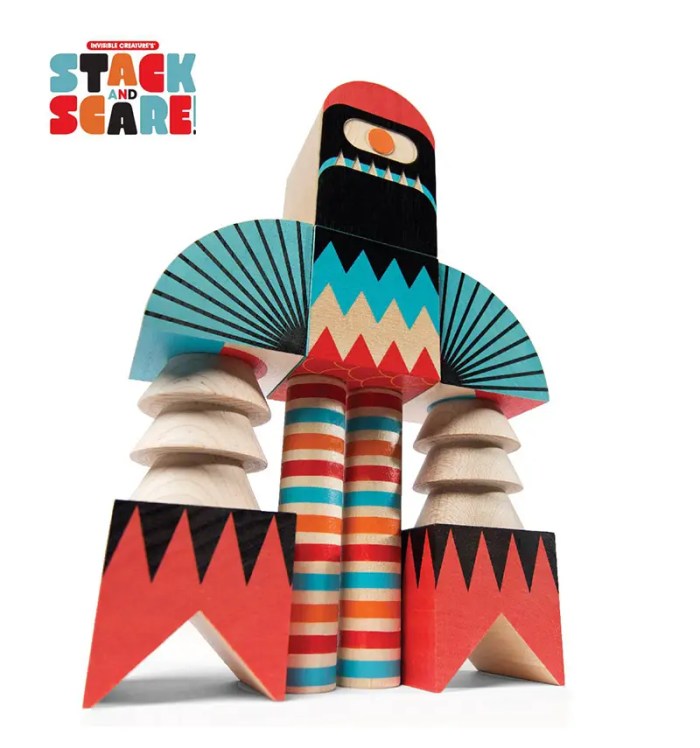 Each of the four sets of Stack and Scare Blocks contains 14-18 pieces in various shapes and sizes. Featuring eyeballs, teeth, horns, arms, rounded shapes for shoulders and eyes, monster heads, hands, feet, legs, torsos, patterns and more. Mix and match shapes or combine with other Stack And Scare™ sets to unleash endless (and taller) creature combinations! 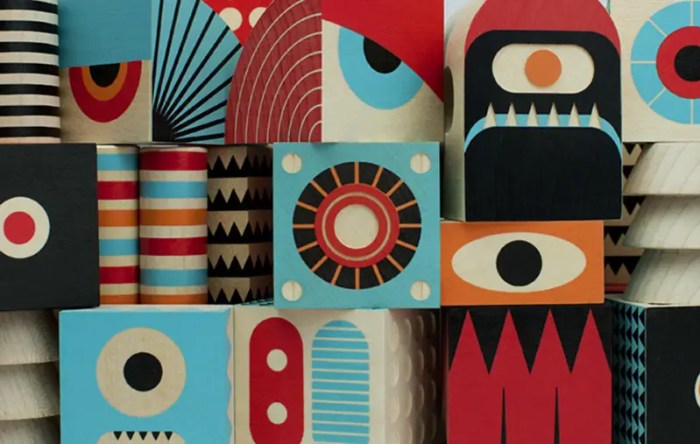 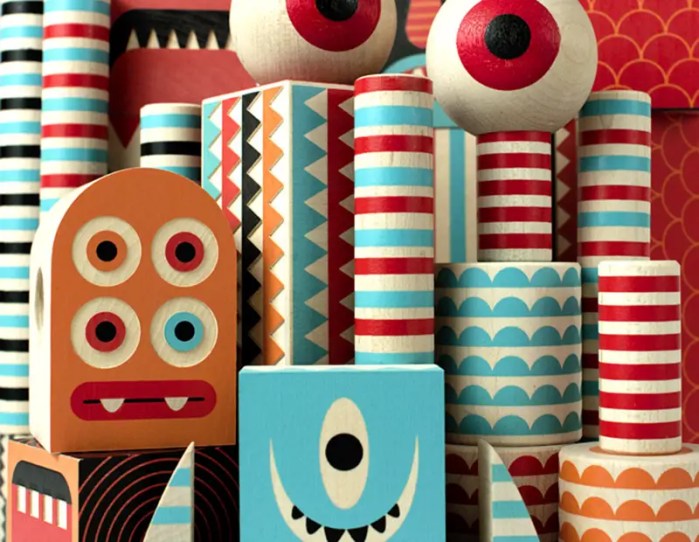 How They Are Made Beautifully and meticulously crafted by the folks at Uncle Goose in Grand Rapids, Michigan, the blocks are made from FSC certified basswood, using non-toxic inks.

The Commercial
The folks over at Invisible Creature thought it would be fitting to create a short “IC Filmmercial” featuring their wooden critters in action, so they enlisted their friends in Portland, Beautiful Eulogy, to create a score using the blocks themselves and the result is pretty fantastic:

You can purchase Stack And Scare™ directly from the designers , from Uncle Goose or other independent toy stores.

31 Customized Panton Chairs For Vitra In Honor Of The 50th Anniversary.

Beer and Wine Bottle Designs With A Muerto Motif for Halloween.

Four Fun and Fabulous Finds For The Family This Holiday Season.