` Modern Desert Villa Retreat Brought to Life - If It's Hip, It's Here
Skip to content This Modern Desert Villa Retreat was created for an architecture competition by Tel Aviv based Weinstein Vaadia Architects. 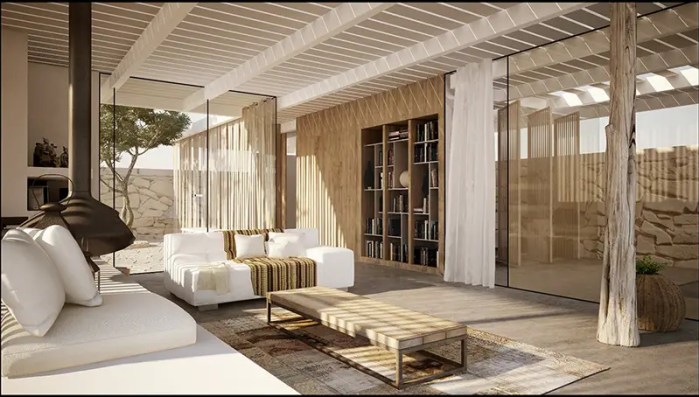 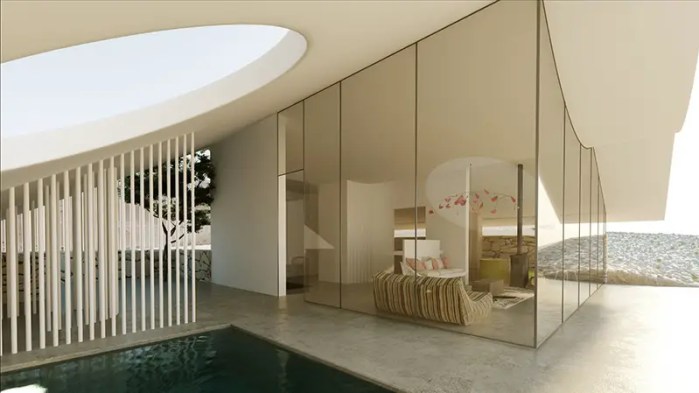 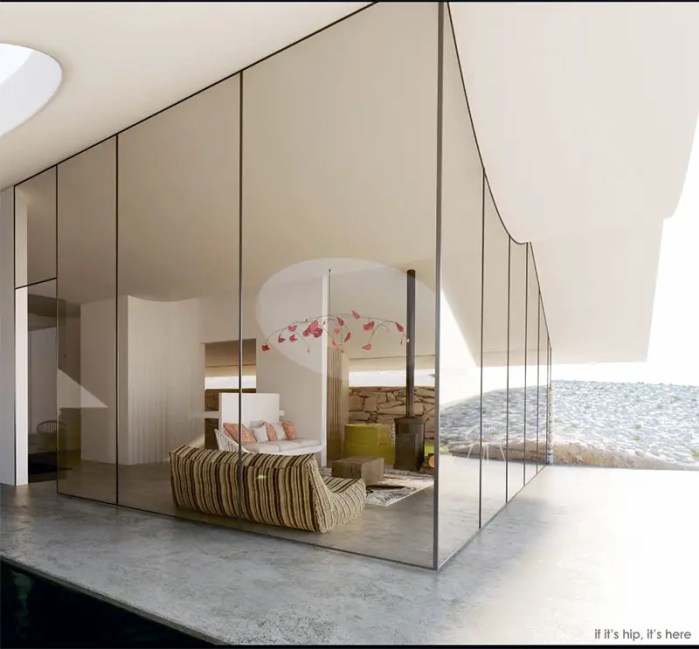 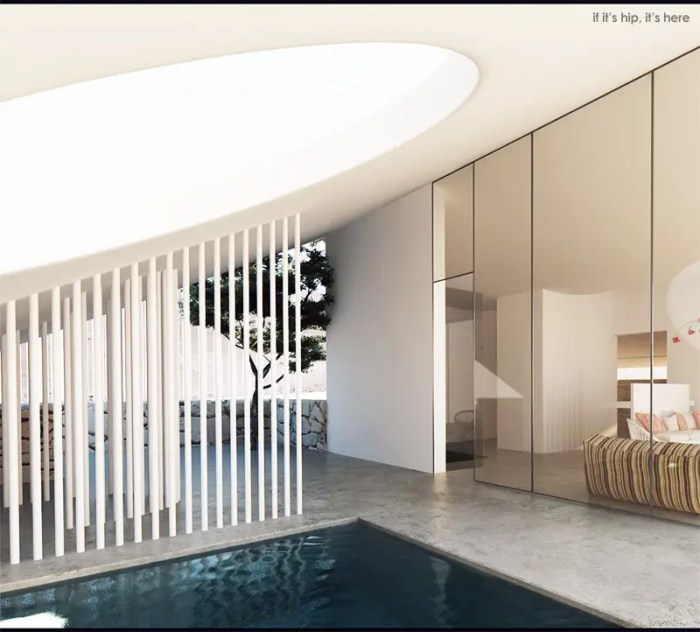 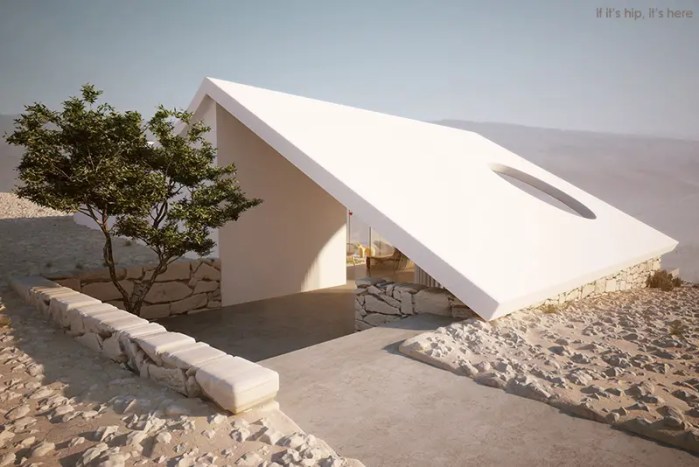 The project was then brought to life by Studio Aiko through 3D computer visualization.Weinstein Vaadia Architect’s general brief was to create a peaceful and calm surrounding in which the villa is located. This desert scene was created by Studio Aiko and merges the magical scenery of the desert with the modern architecture of the villa. With still frames supplied to them by the client, they added their own mystery – and a bit of humor- in the video below:

The most challenging task for Studio Aiko was to create a believable surrounding terrain with rocks and sand in order to achieve a realistic look. They used different types of scatter techniques on rocks and vegetation – a thing that caused them lots of RAM peaks. For the setup of this scene they used V-Ray sun and physical camera. This resulted in great exterior shots. The final achievement of the feel and mood was done in post which added a subtle and calm mood. V-Ray displacement gave them the ability to create the detailed terrain and the rock fence. It required some extra use of RAM so they needed to work efficiently and to optimize every aspect of the project. About Weinstein Vaadia Architects (וינשטין ועדיה אדריכלים):
Weinstein-Vaadia Architects is a design-oriented Tel-Aviv firm that specializes in architecture, interior design, and landscape design. Founded in 1994, the practice’s portfolio includes a range of public and private projects throughout the country. Our buildings celebrate the beauty of simple and natural notions of life such as light, air, vegetation, and movement. We strive to be both precise and relaxed like nature, not by imitating it, but by exploring the interplay between these two positions. Our work focuses on hospitals, such as the Childrens Hospital at the Sieff Medical Center, Tsfat; wineries, such as the Galil Mountain and Golan Heights Wineries; and educational projects, such as the Center for Environmental Education at Hiriya Recycling Park. The firm is led by partners Shai Weinstein and Gil Vaadia.
https://www.zwwv.com

They provide high-end visuals and aim for excellence, while constantly renewing and refining their professional skills.

They offer our services to a wide variety of companies, as well as focusing on independent goals to produce original content and ideas.

The Inundation of Advertising Expressed With What Would Make A Great Ad.

A Different Kind of California Roll. You Can Live In This One, A Cool Modern Prefab.