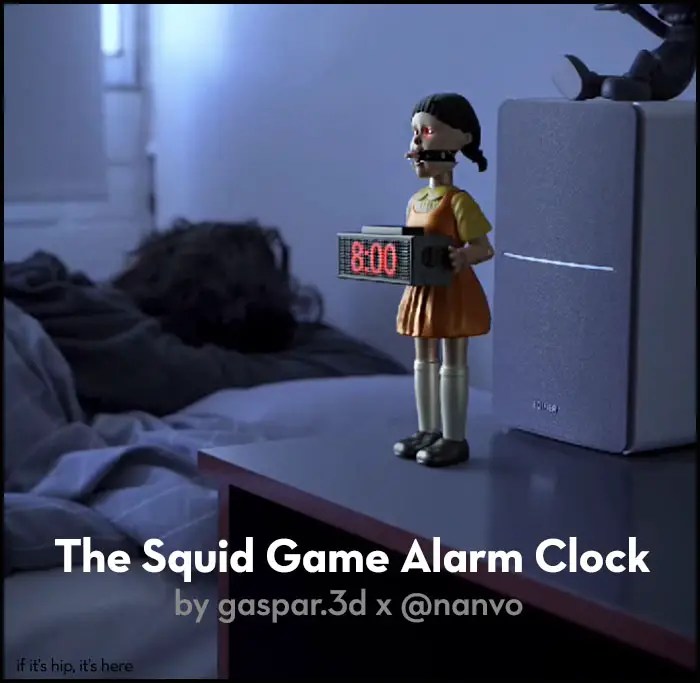 A Squid Game alarm clock that starts up a game of Red Light, Green Light and fires a nerf-like foam dart to wake you from your slumber. Sounds cool, right? These guys thought so and we do too.

Unfortunately it’s not an actual product, but a concept brought to life through 3D modeling and digital animation by two talented fans of the Netflix K-drama series. 3D artist and animator Gaspar (@gaspar.3d) and digital creator and filmmaker Benja Marambio (@nanvo) digitally rendered the doll as a desktop alarm clock holding an LED readout and animated her to get your butt up out of bed, Squid Game style.

When the alarm goes off the doll utters the Korean song used to start the game, her eyes glow red, her head turns as her mouth opens to spit a small foam dart toward the slumbering victim.

Here it is in action:

Bombarded with requests for purchase @gaspar.3d has had to make it abundantly clear on his Instagram account that this is not a real product, but a concept. But alas, yes, we too wish it were a real Squid Game product.