` Squid Game Merch Is Here - If It's Hip, It's Here
Skip to content 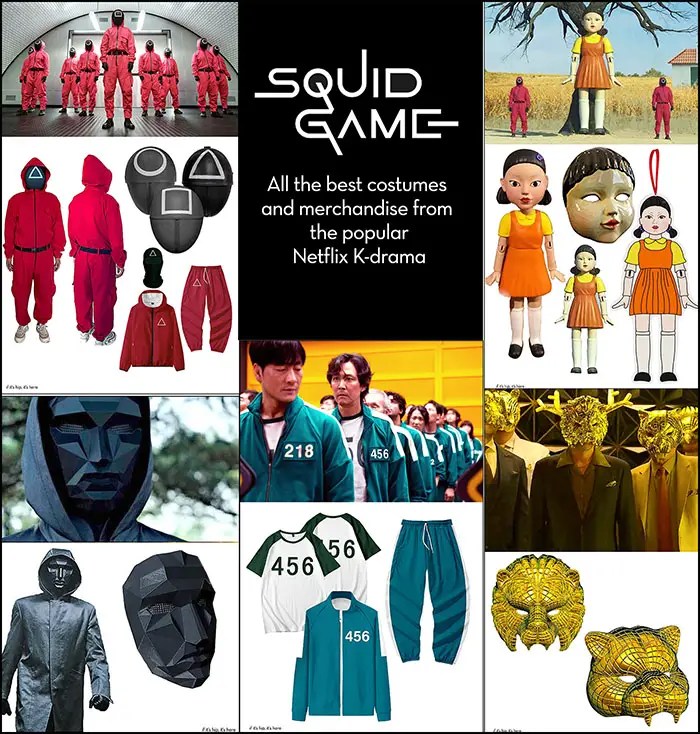 Have you seen the Netflix series Squid Game yet? Imagine if Quentin Tarantino wrote his own version of Hunger Games and asked Bong Joon Ho to direct it. But then the studio took it over and produced it. That’s Squid Game. Not particularly well-written or directed but incredibly captivating and suspenseful. The Korean thriller tests the humanity of the financially ruined by offering them a chance to compete in high-stakes children’s games for a life-changing amount money. Gory but compelling, the 9 episode Netflix K-drama is resonating with fans all over the world, the first non-English speaking series to do so.

Squid Game has been receiving a lot of hype the past few weeks. Only 9 days after its debut it was Netflix’s most-watched show in 90 countries, previously unheard of for a subtitled series, and on track to become the streaming service’s most popular series of all time.

As with any tv series to rapidly gain popularity, the goodies aren’t far behind. And the Squid Game merch has already hit the shelves. The official Netflix merch for the show is meager and unimpressive. It merely consists of a collection of customizable t-shirts. On the other hand, there are 3D artists designing great model art of all the masks available for download – including all the VIPs-  here and here

Since most of you aren’t going to print out your own 3D mask, Amazon has multiple sellers hawking Squid Game Halloween or Cosplay costumes and masks for all the characters ranging from the numbered Players and the jump-suited Workers to the Boss, Police and VIPs.

Even the Dalgona, the traditional honeycomb game featured in the show, can be purchased.

According to Vulture, nothing firm has been decided about a second season of Squid Game yet but, given its popularity world-wide, I’d be stunned if there weren’t.

Let The Fun Go To Your Head This Halloween. 8 Big Wigs For Target by Chris March.