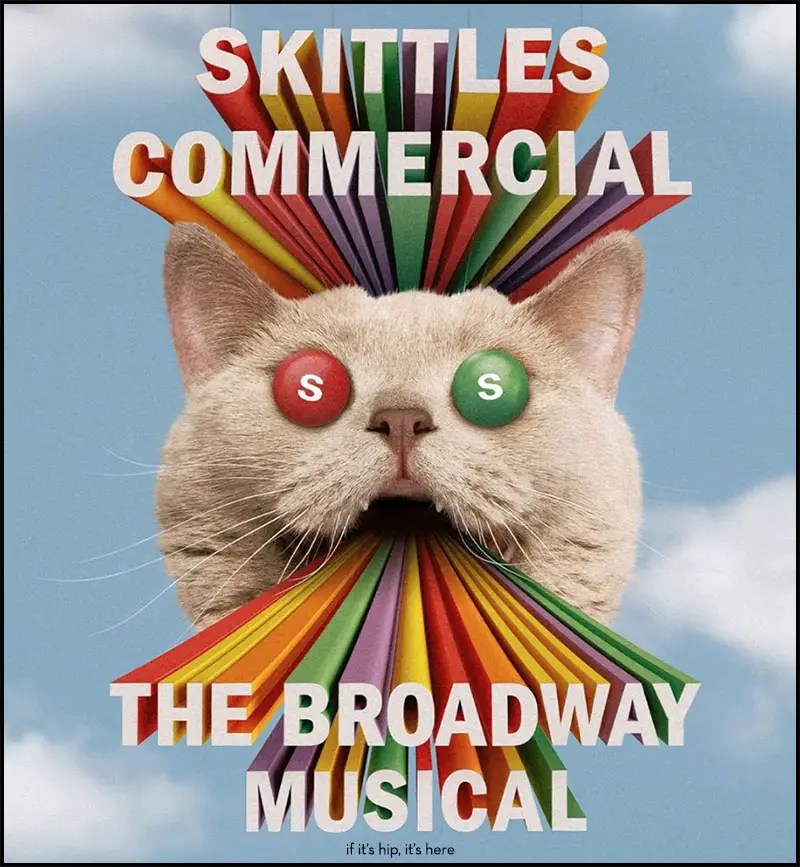 Capitalizing on cats and candy, the public’s disdain for advertising and the love for Mentos-like quirkiness, Skittles, The Musical is a Super Bowl stunt from Mars Wrigley Confectionary and DDB Worldwide in lieu of an on-air ad during this year’s game. Skittles Commercial: The Broadway Musical will be a one-show-only, 30-minute spectacle performed at The Town Hall in Times Square at 1 p.m. EST, the same day as the Super Bowl. Through song and dance, the musical will take a humorous, self-reflective look at consumerism and the ever-increasing pervasiveness of brand advertising. 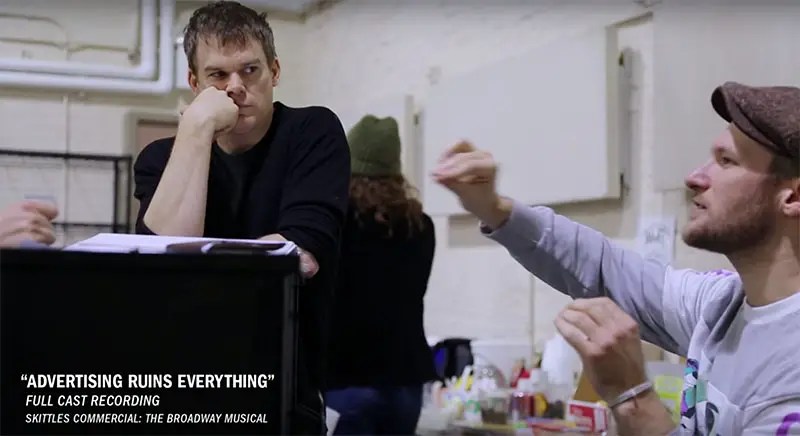 “Skittles Commercial” the musical is written by playwright and Pulitzer Prize finalist Will Eno in partnership with DDB Worldwide and features a 17-person cast alongside Hall (listed later in the post). 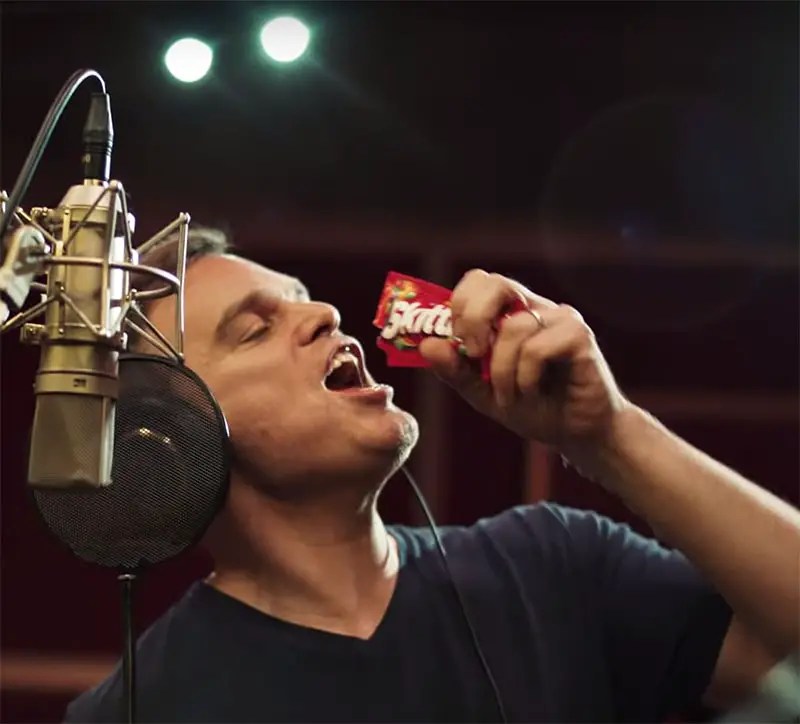 Below is the song “Advertising Ruins Everything” from Skittles, The Musical, led by Michael C Hall and sung by the entire cast: 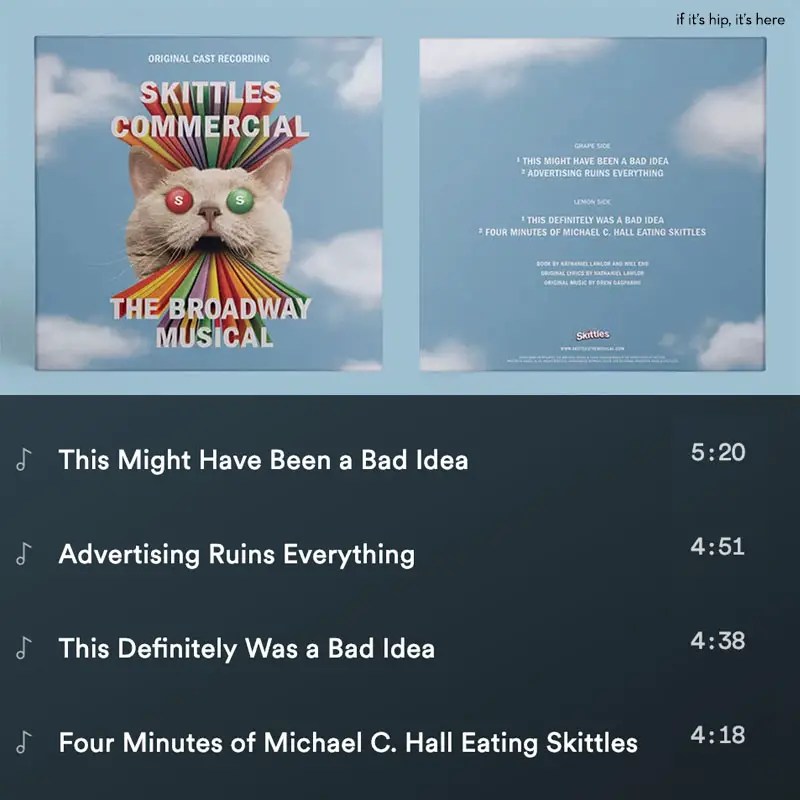 Other available souvenirs included a poster, a tee-shirt and a button: 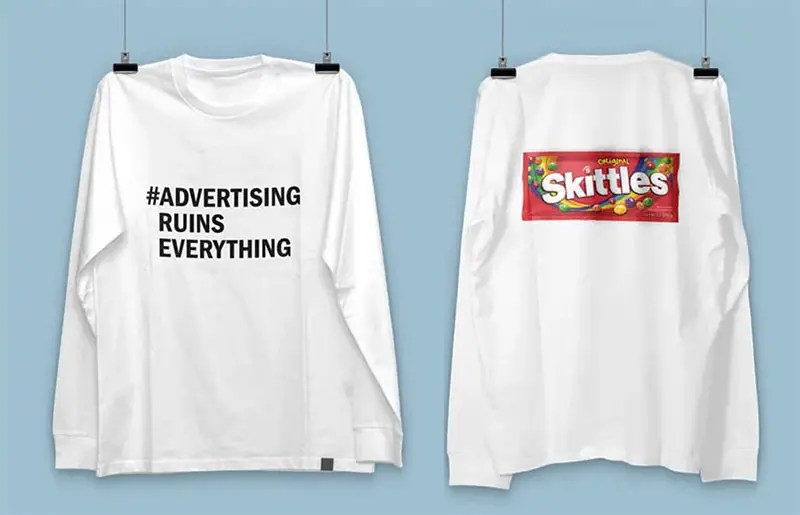 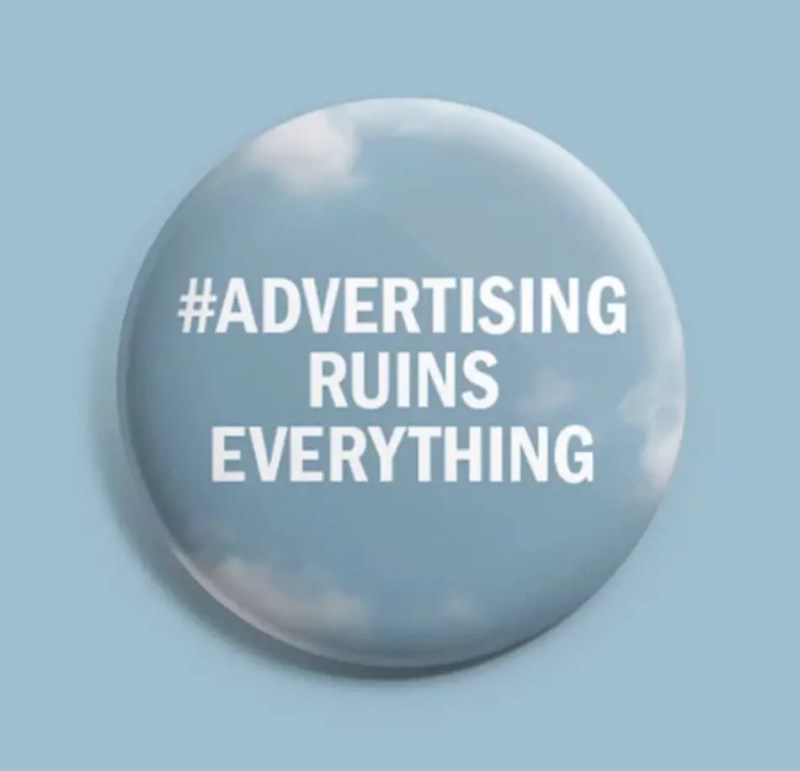 *For every ticket purchased for “Skittles Commercial: The Broadway Musical”, Mars Wrigley Confectionery US, LLC will donate 100% of the purchase price less any third-party handling, convenience or other fees and taxes to Broadway Cares/Equity Fights AIDS. Your purchase is not tax deductible. For more information about Broadway Cares/Equity Fights AIDS, visit https://broadwaycares.org/ The Best, Worst & Color-Coded Couture From The 2011 Golden Globes.