I can’t stand Garfield and I don’t laugh at Grumpy Cat. Even Morris The Cat bored me. But the online animated antics of Simon Tofield’s fat white cat always brings a smile to my face. I’m not the only one – Simon’s Cat is one of the most popular animated series on You Tube with over 4,150,000 subscribers and it’s the Christmastime episodes that are the best. 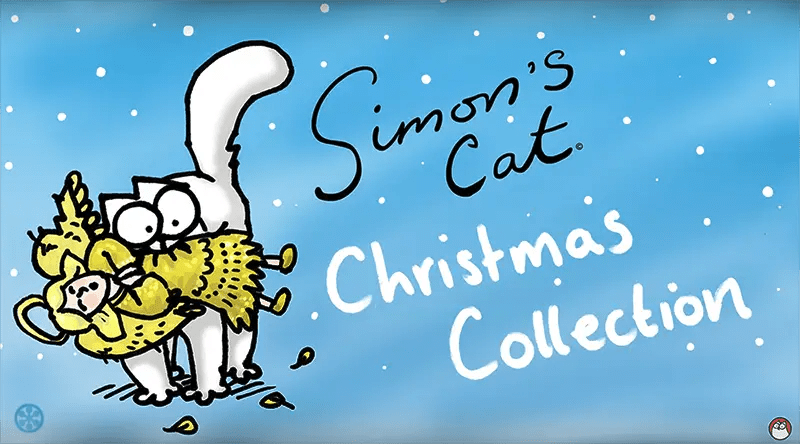 I don’t subscribe. I don’t even search for them. But around this time of year, they are climbing to the top of the trending charts making them difficult to ignore. After viewing one or two for the first time several years ago, I can see why. The non-talking cat’s fascination with all things holiday (snow, boxes and christmas trees to name a few) resonate with cat and non-cat owners alike. The first one I ever watched remains hugely popular this time of year: Santa Claws, published in 2010, in which a ‘curious cat discovers Christmas” is what initially endeared me to the character.

As soon as a new Simon’s Cat video appears around Christmastime, it instantly climbs the charts. For example, just published as of Friday, December 2016, Little Box, began trending almost instantly and within 12 hours had over a half million views:

Below are all the remaining Simon’s Cat Christmas Cartoons shown in reverse chronological order.

The films are made using Adobe Flash or TV Paint animation software and are hand-animated in a traditional manner, frame by frame. It usually takes between 12 and 25 drawings to create 1 second of a Simon’s Cat film. Each film can take 10-14 weeks to make, depending on the length, number of characters and complexity. 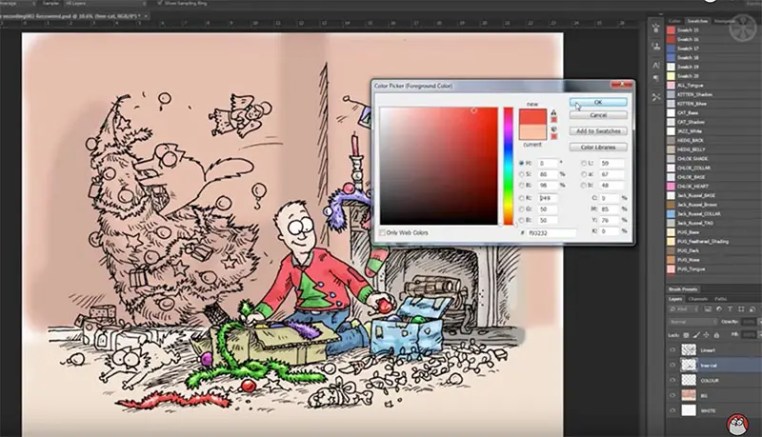 Get them here at itunes

SHOPPING: You can purchase Simon’s Cat products here on Amazon or from the official web shop

Meet The Tiny Owl Found In The Rockefeller Christmas Tree