It was so much fun to share with you Ed Wheeler Santa Classics last year that I thought I’d show you his latest.

The Philadelphia based photographer has been dressing up as Santa and inserting himself into classic paintings for several years now, creating new ones annually.

Ed Wheeler has researched hundreds of paintings and finds that certain compositions beckon to him for a “Santa intervention.” Often Santa replaces a main figure in a painting; sometimes he is added to a group composition or may even be the single human presence in a landscape. Ed’s intent is to pay homage to the original paintings while offering art lovers an additional reason to smile. Once a painting is selected, he embarks on a multi-step process to fully integrate Santa into the lighting, brushstrokes and tonal values of a particular painting while maintaining the fidelity of the original.

It is this attention to detail, lighting and relationships between figures in Ed Wheeler’s Santa Classics, which lead to another kind of art experience.

Here are several new ones since my post last year: 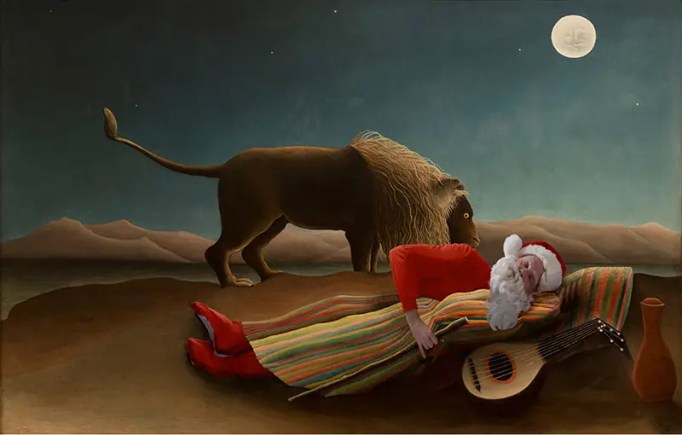 Alexandre Cabanel, The Birth of Venus: 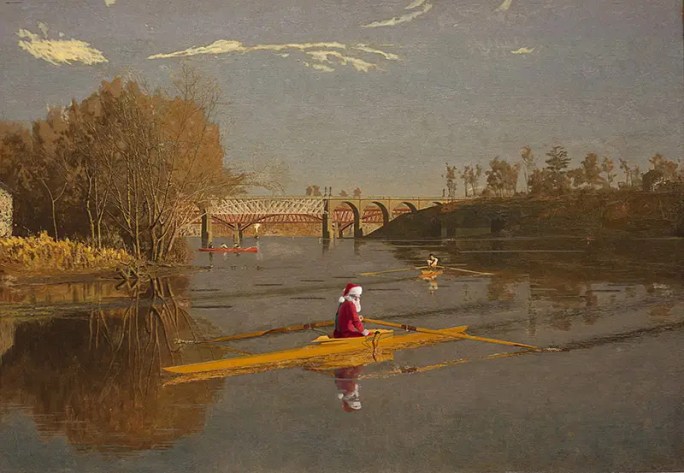 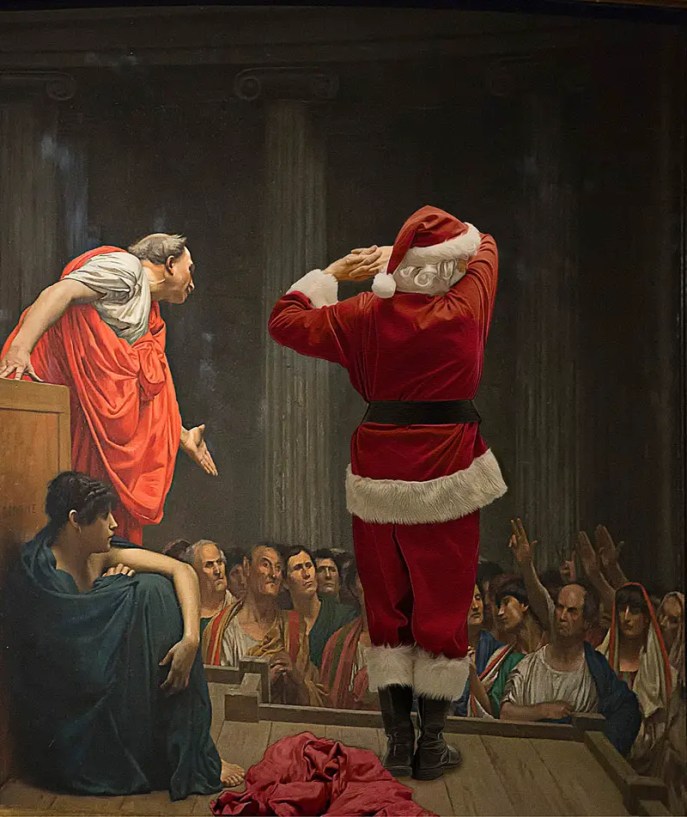 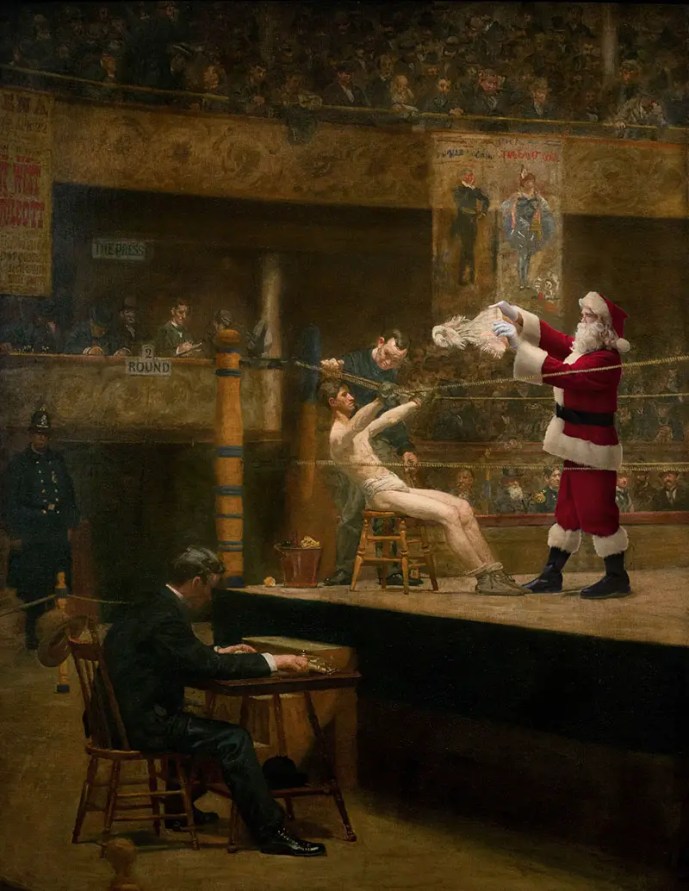 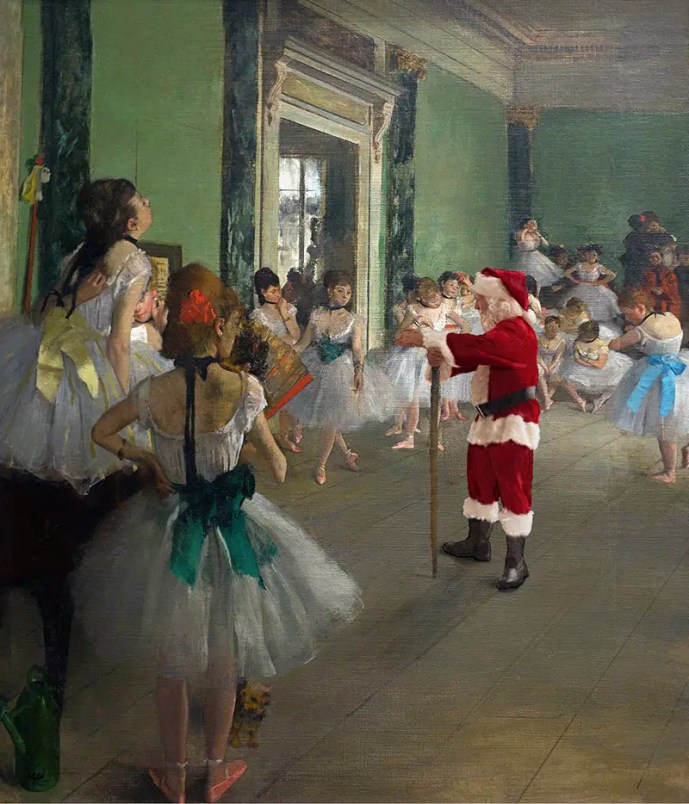 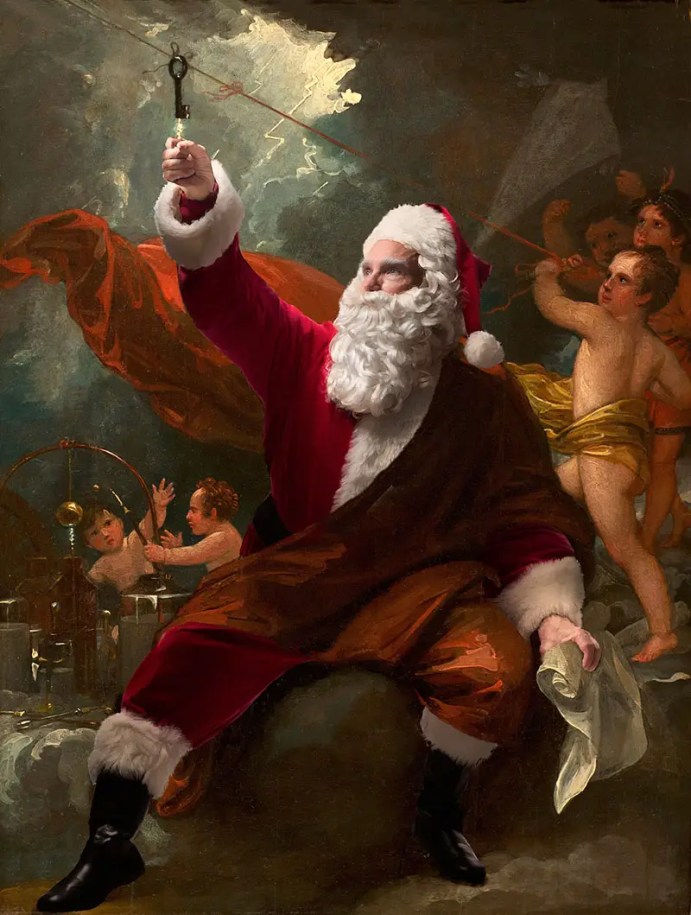 Archibald Willard, The Spirit of 76: 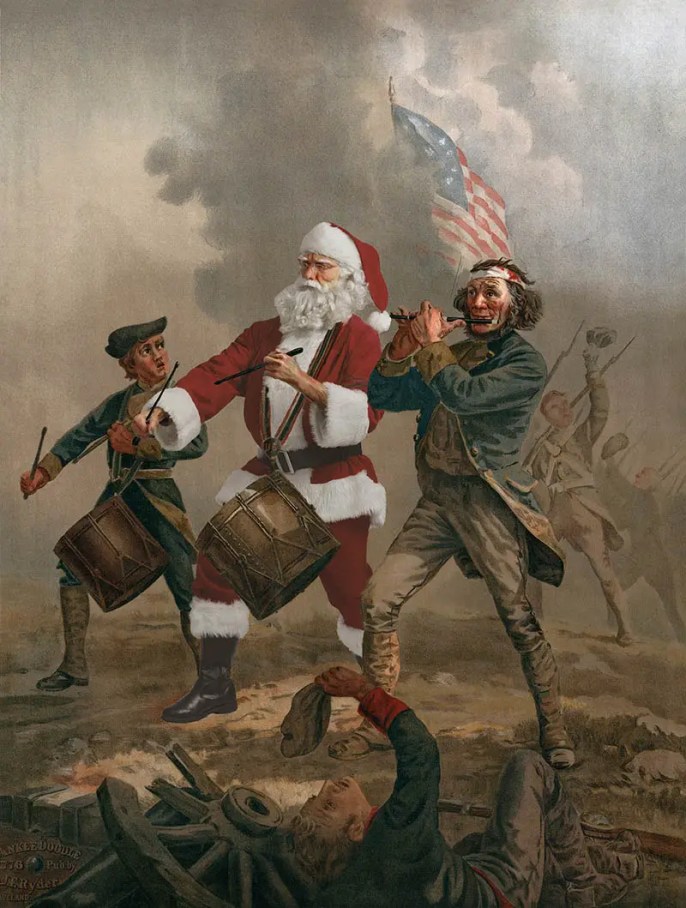 shop for those here.

A Jaguar XE Built of 95 Aluminum Words in 7 Languages