` Scott Cummins Doesn't Carve Pumpkins, He Sculpts Them - If It's Hip, It's Here
Skip to content 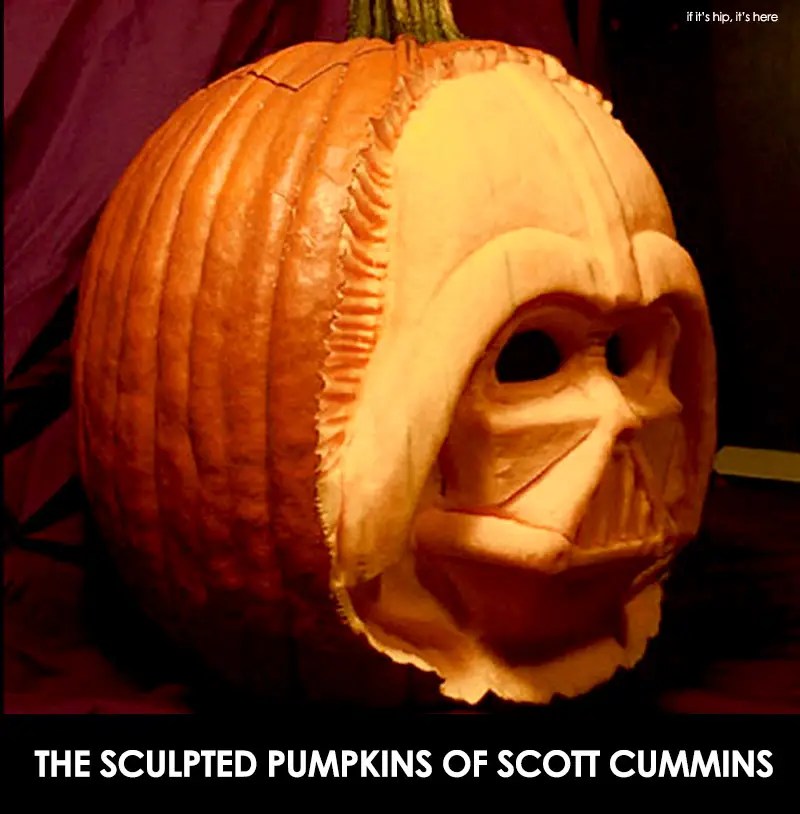 Like most Halloween-loving people, Scott Cummins carves pumpkins every year for the October holiday. Unlike most people, his pumpkins really are carved. In other words, they resemble sculpture more than most because he utilizes the depth of the pumpkin as much as actually perforating completely through the skin. His pumpkins are almost more impressive when not lit from within.

Whether it’s a likeness of “The Dude” from the Big Lebowski, A Star Wars Storm Trooper, or the shark from JAWS, his unbelievable pumpkins and are created without stencils, no ‘funkins’ and no tricks.

Using ‘every tool imaginable’, Scott says his pumpkins take between 1 and 2 hours. Given the detail and the uncanny resemblance to his subjects, its’ hard to believe they don’t take longer.

The “Dude”, Jeff Bridges from the Big Lebowski: Arnold Schwarzenegger as The Terminator: And here’s a few of my favorites of his from years past…
Wallace and Grommit: learn more and see more at his site: then check these out from last year.