` What's this Samsung Firevase and Can I Get One? - If It's Hip, It's Here
Skip to content 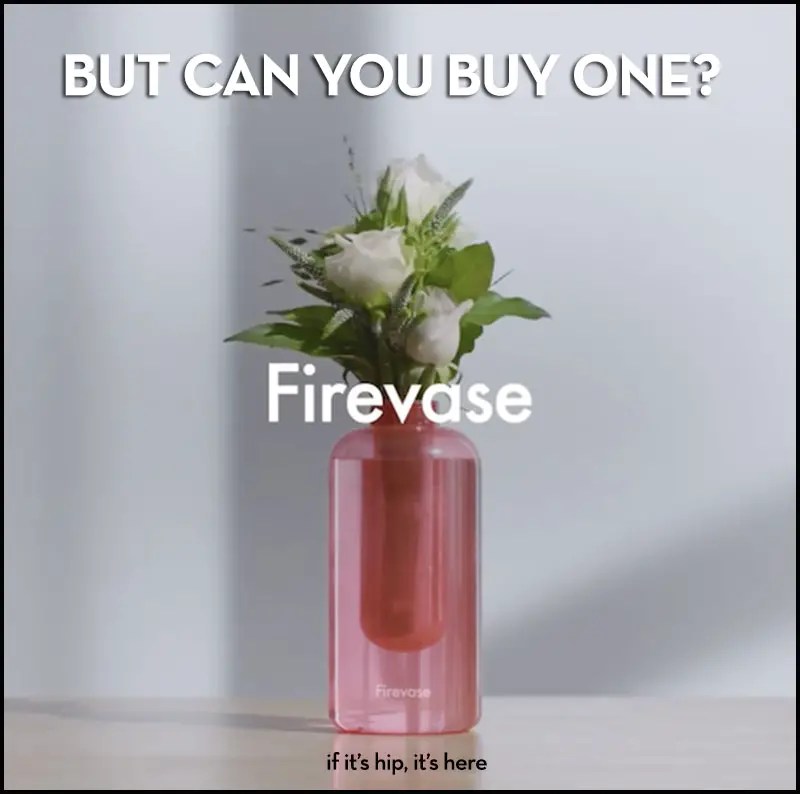 Early adopters like myself go nuts when they see a useful product demonstration that’s going viral, yet there’s no actual information regarding place of purchase or date of release. Or worse, it’s not available at all. This seems to be the case with the Samsung Firevase, a flower vase that doubles as a throw-able fire extinguisher in the event of a fire. 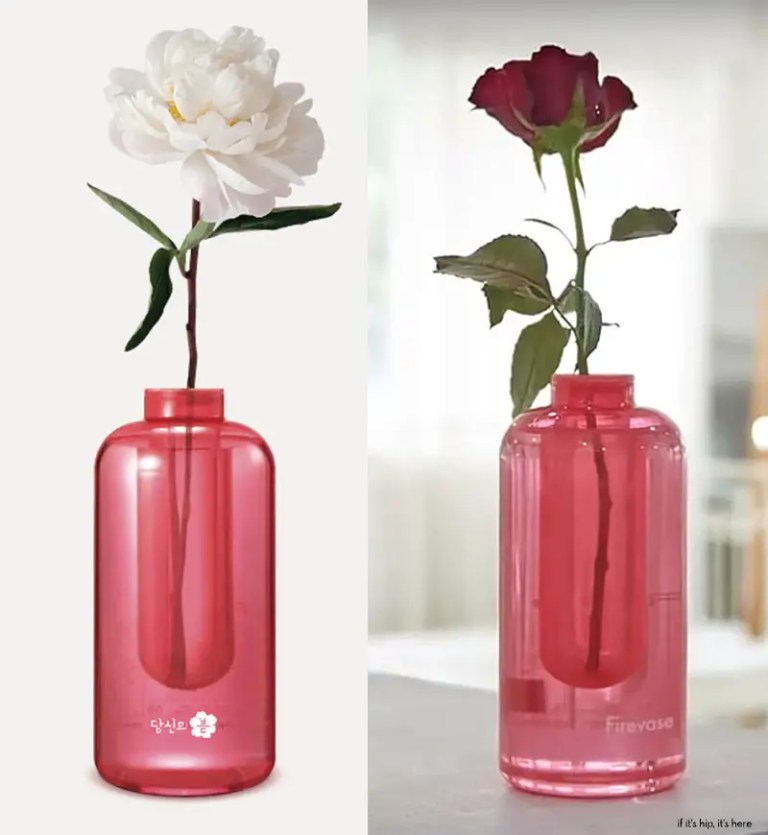 Making the rounds on social media is a video that shows a young woman tossing a vase of flowers, like a grenade, into a contained but raging fire, just to see it extinguished in seconds. 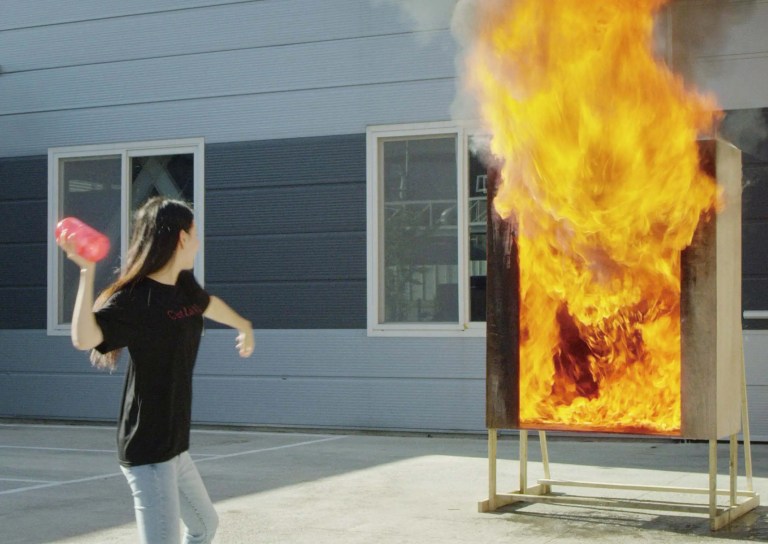 What it is exactly?
The “Firevase” is a flower vase that doubles as a throw-able fire extinguisher in the event of a fire. Normally it serves as a flower vase, but it turns into a fire-fighting tool when a fire occurs. With a design inspired by household fire extinguishers, the PVC vase contains potassium carbonate which suppresses the oxygen that’s feeding the flames. Simply throw the vase at the fire, and it unleashes chemical solutions to cut off the oxygen and cool down the temperature instantaneously, so you can snuff the flames before they spread.

Why Did Samsung Make It?
Branded as the Samsung Firevase, it turns out the product was designed as part a four month long campaign to increase fire safety in Korea by Cheil Worldwide. 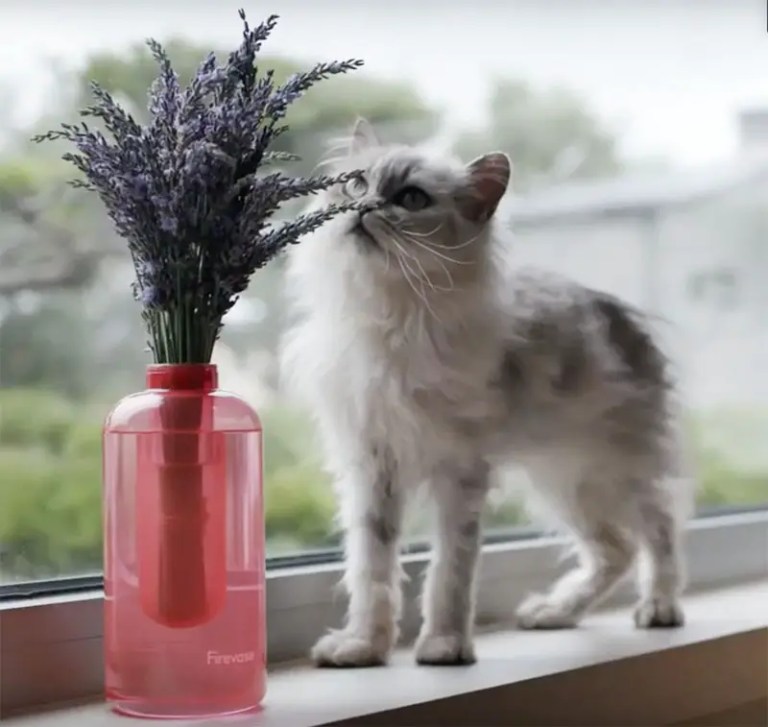 Designed by SFMI and created for this project, the ‘firevases’ were handed out by more than 20,000 Insurance Risk consultants to 100,000 customers nationwide from September to December 2018 in Korea. 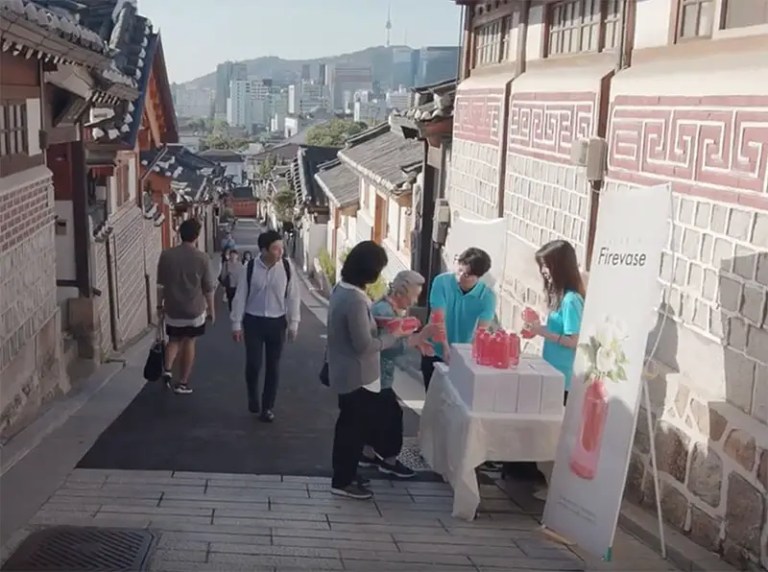 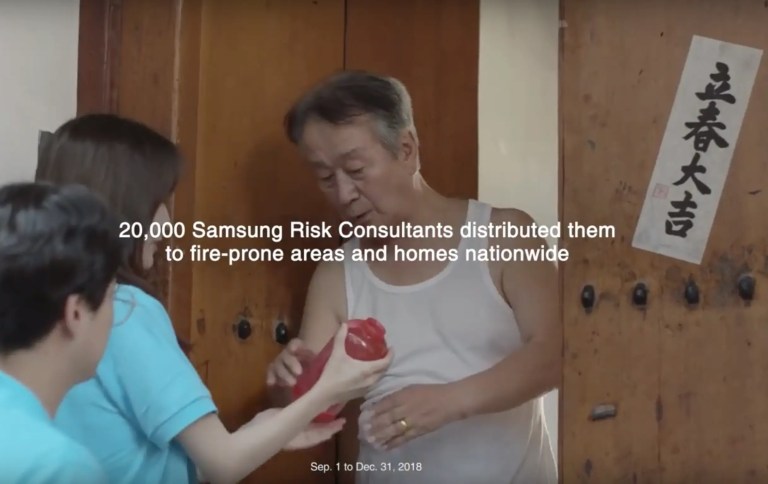 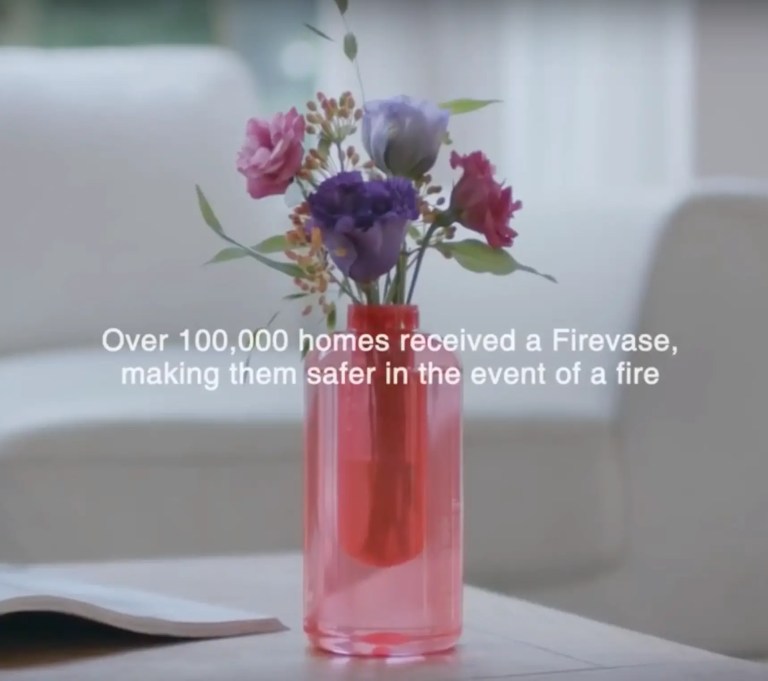 So rather than a new product, the Firevase was designed as part of corporate branding activities and represents the value of “Good Insurance” that SFMI strives to deliver their clients. Given that failures to take immediate action to put out fires at the initial stages often lead to greater damage, they put the most effective fire-suppressing agent into a vase –  an easily accessible interior item at just about anyone’s home. 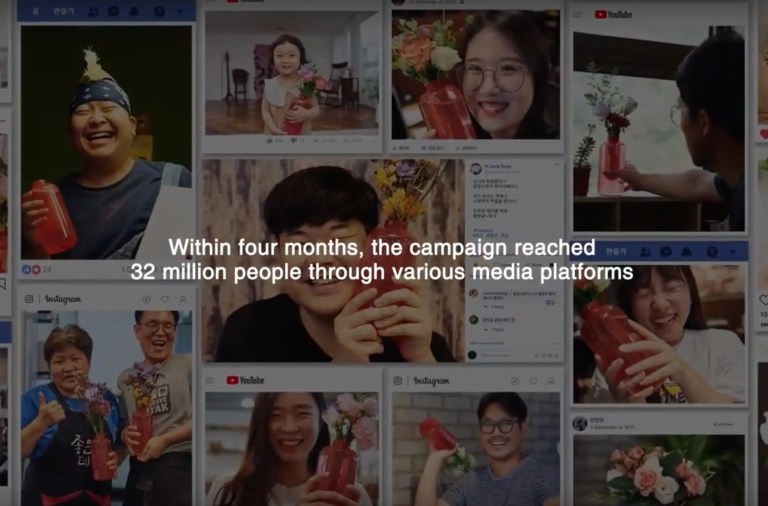 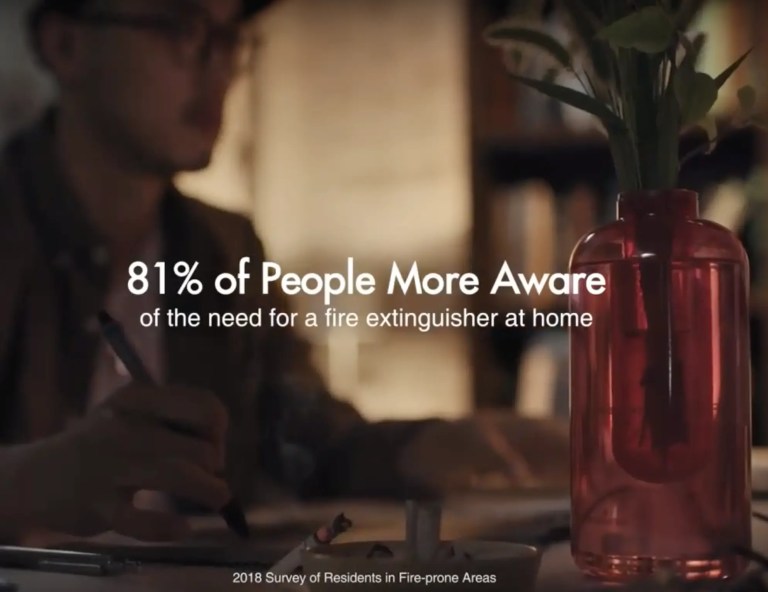 The Firevase signified SFMI’s care and devotion towards their customers, protecting them from danger and pain by preempting risks. The campaign won the Grand Prize for the Design category at the 2018 Korea Advertising Awards.

So, Can You Buy One?
No, The Firevase was an awareness project that doubled as a metaphor. Just like the Firevase, SFMI says they will always be there for you by your side. Just not as a retail product.

Which Of These Five Ads Would Get You To Wear A Mask?

Sit In The City: A Tour Guide, Guru, Life Coach and Therapist in a Box.