Much of the world woke this morning to tragic news as images of one of the world’s most iconic cathedrals engulfed in flames flashed all over news outlets and social media. The beloved Paris landmark, the centuries old Notre Dame Cathedral, is one of the most widely-recognized symbols of both the city of Paris and the French nation. Considered to be one of the finest examples of French Gothic architecture, it’s been the subject of or has inspired many works of art, literature and film.

Early this morning a massive blaze at Notre Dame Cathedral in Paris devastated large parts of the 850-year-old church. The iconic spire has fallen, and while the flames have been largely extinguished, it took 400 firefighters to bring the fire under control. We are still awaiting news of exactly what remains.

Begun in 1163, the Notre Dame Cathedral is considered to be one of the finest examples of French Gothic architecture. The innovative use of the rib vault and flying buttress, the enormous and colorful rose windows, and the naturalism and abundance of its sculptural decoration all set it apart from the earlier Romanesque style.

The cathedral with its gargoyles, stained glass windows and majestic interior is one of the most visited houses of worship in the world and news of the fire has devastated everyone from Religion, History and Architecture enthusiasts to Disney fans (The Hunchback of Notre Dame).

Artists, illustrators, photographers, graphic designers and more began posting their own tributes to the historical landmark – or what’s left of it- on Instagram earlier today and we’ve got several moving ones to share with you: 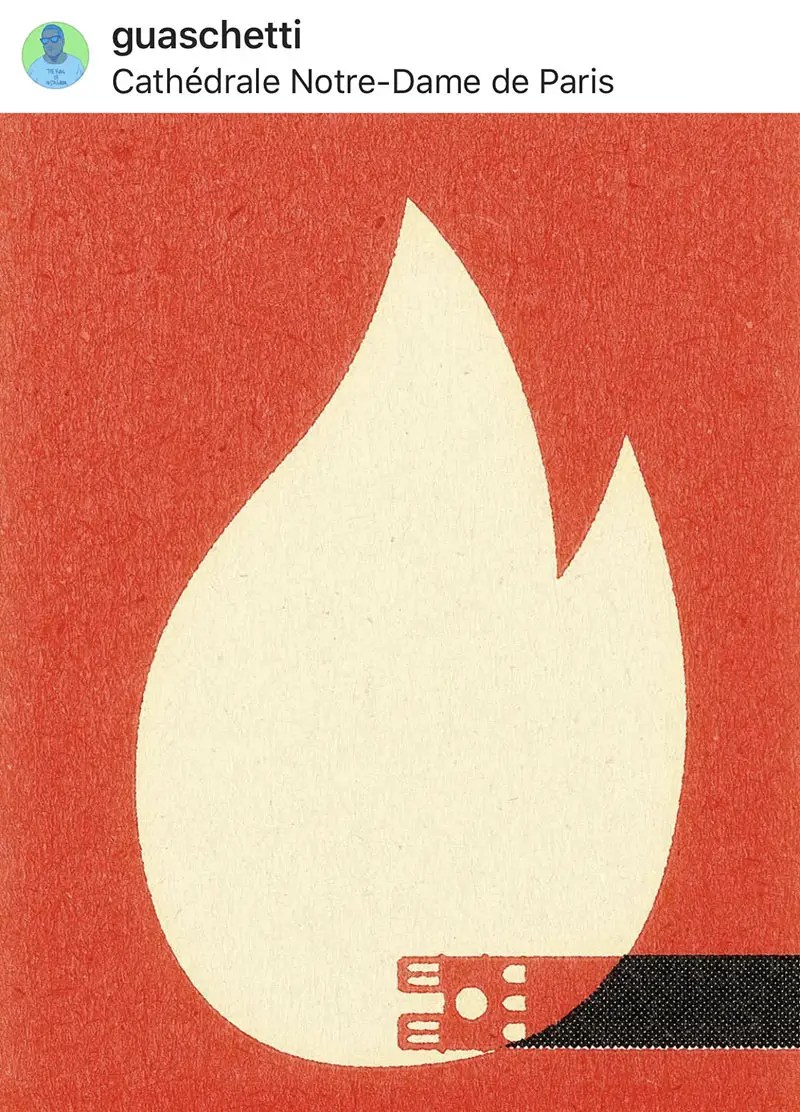 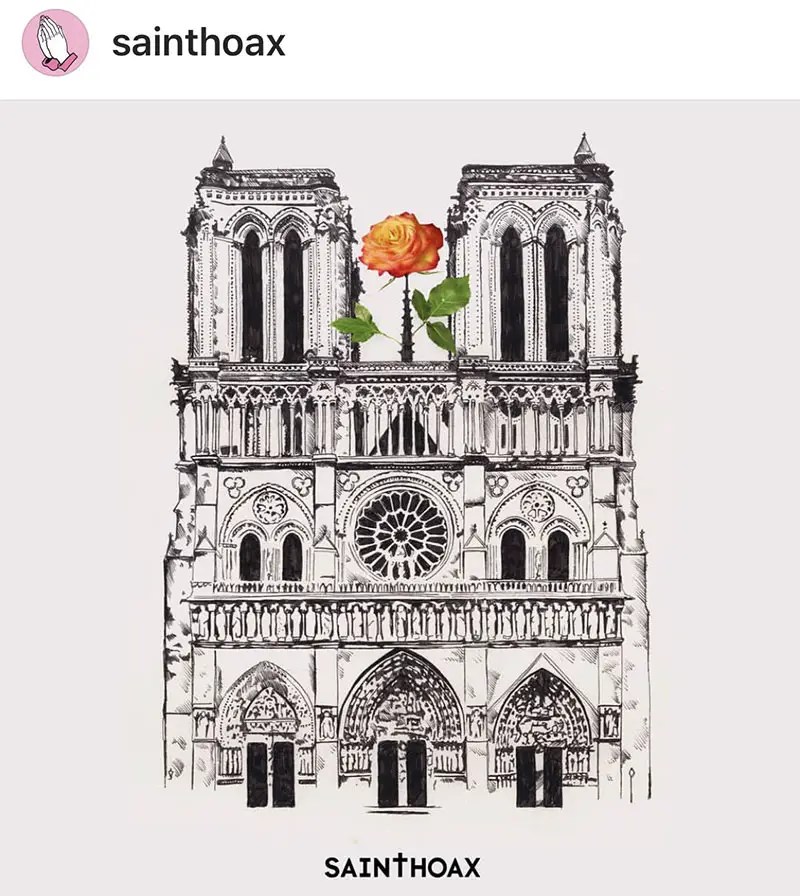 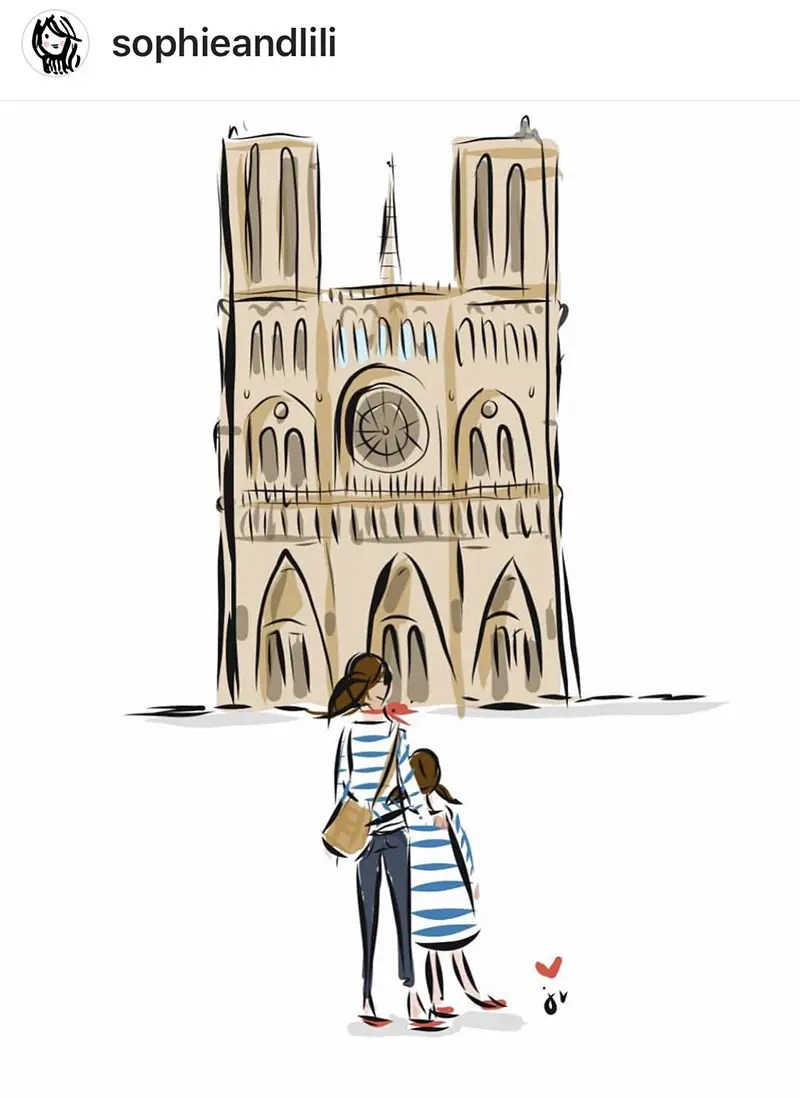 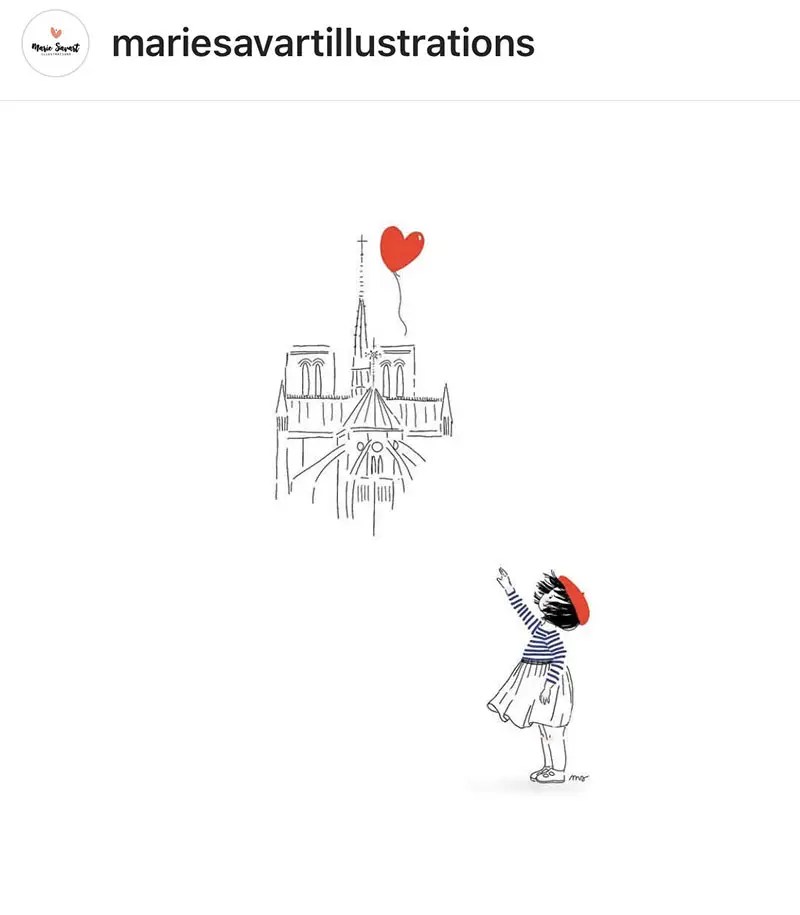 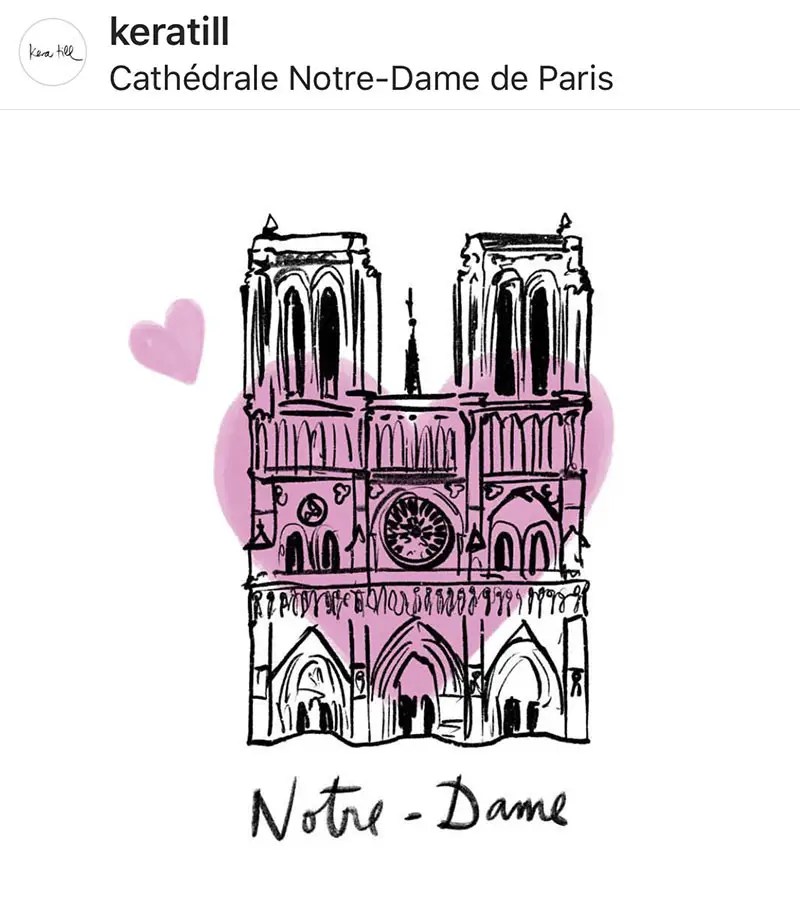 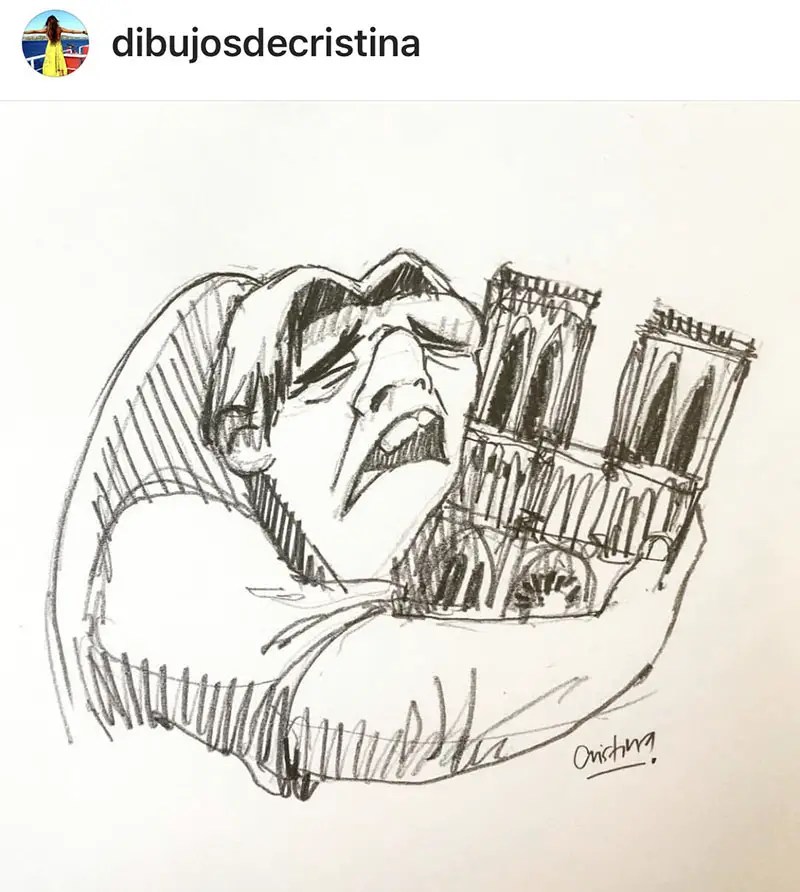 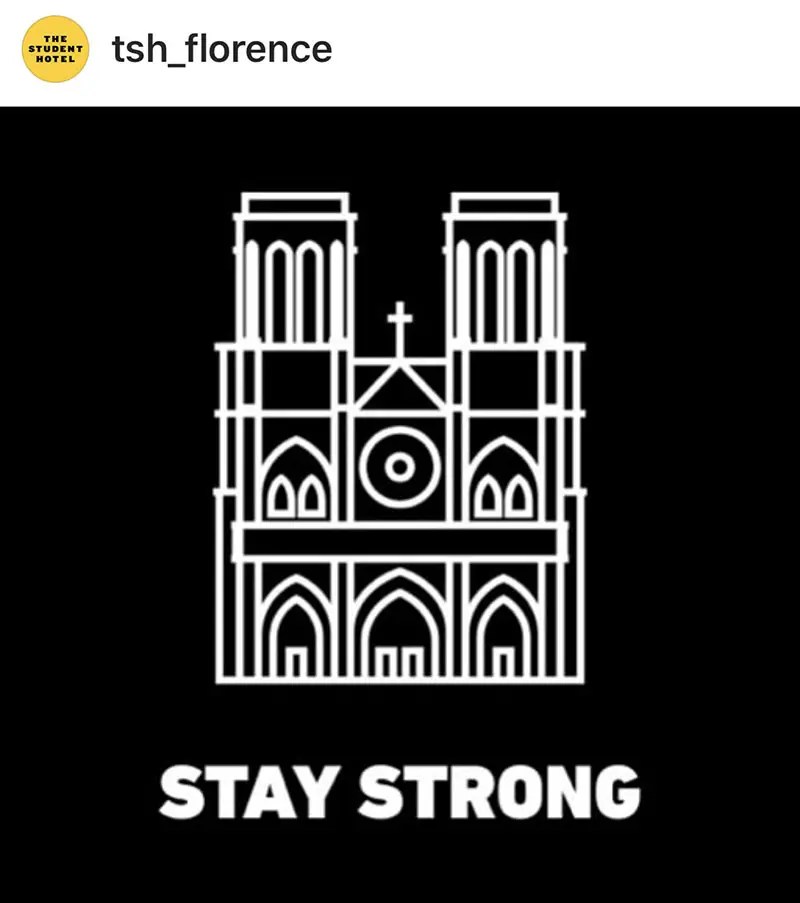 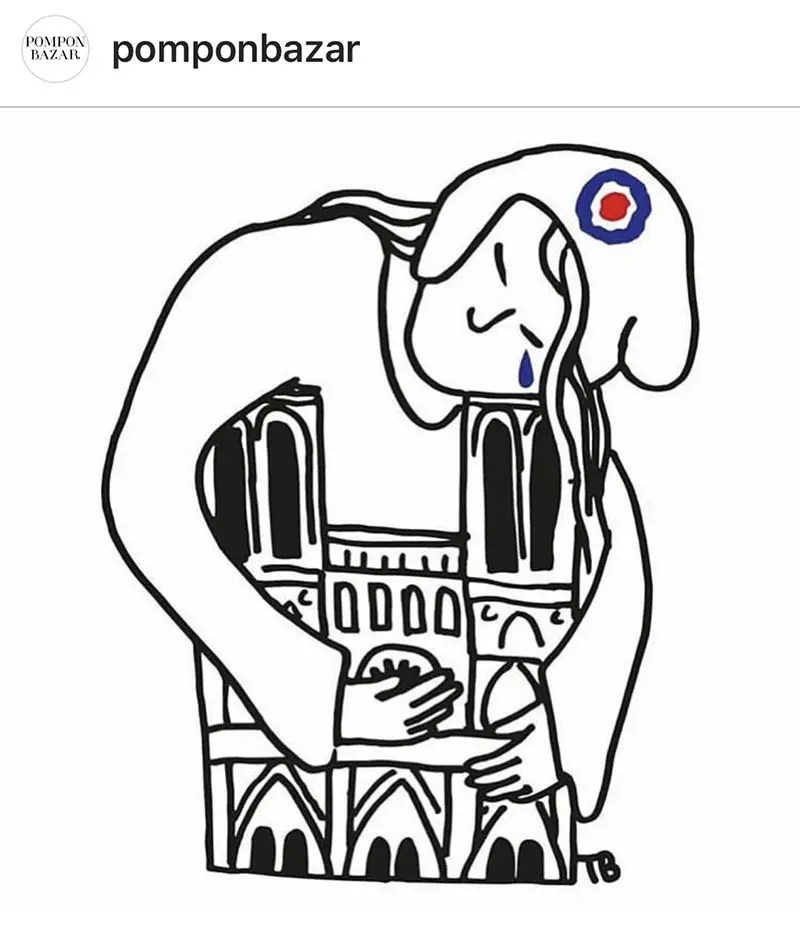 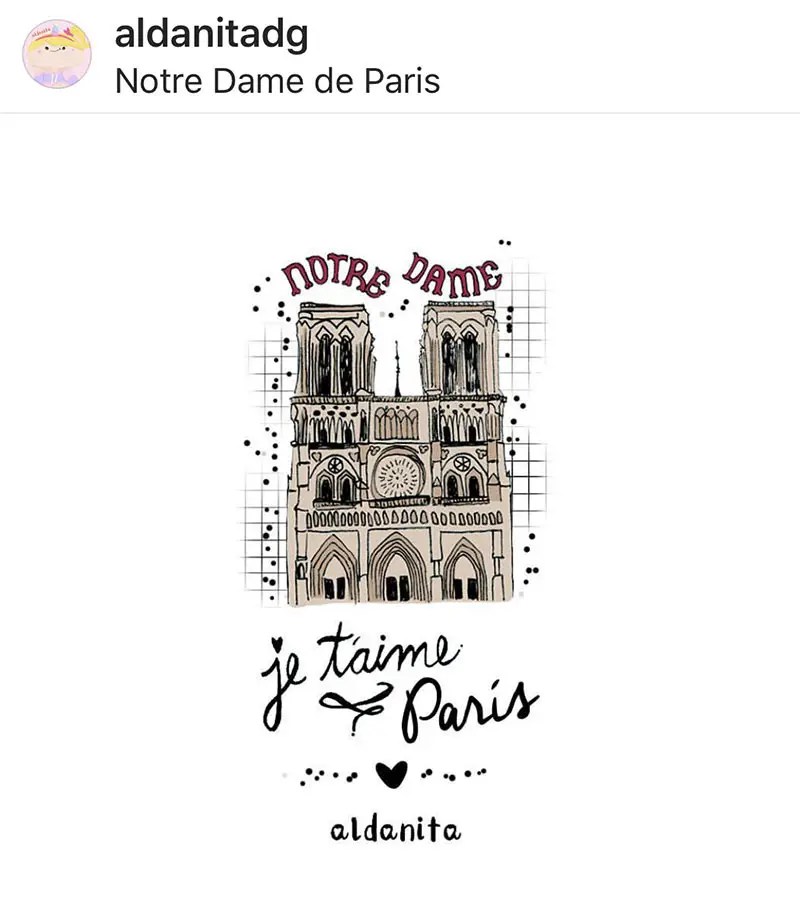 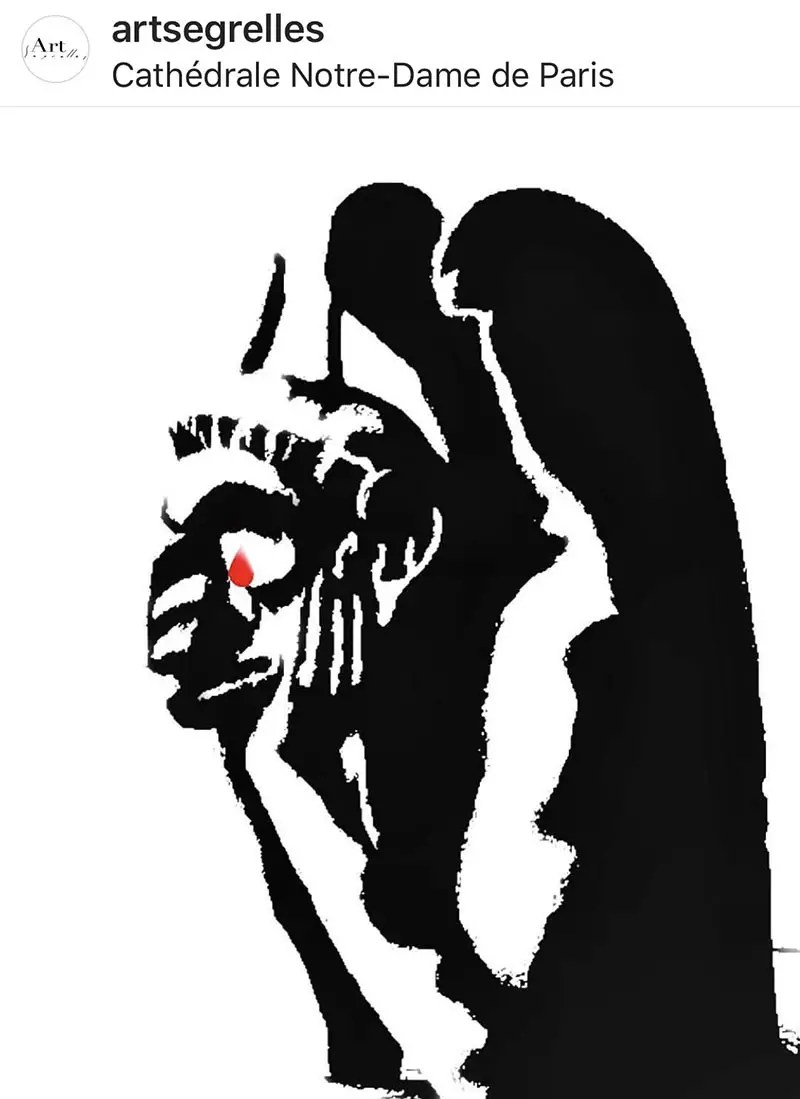 And shown at top: Now that the spire is gone, this painting by artist Tony Peters takes on a special significance.

Worth noting is the gorgeously illustrated version of Victor Hugo’s Hunchback of Notre Dame byBenjamin Lacombe, one of our favorite authors and illustrators of books for both adults and children.

We are all weeping for Paris.
These are only a few.

Mon Dieu! Jeff Koons Exhibits At Versailles. Images Of All 17 Sculptures and More in The Palace.

Benjamin Lacombe’s Beautifully Illustrated Pop-Up Book, Once Upon A Time.