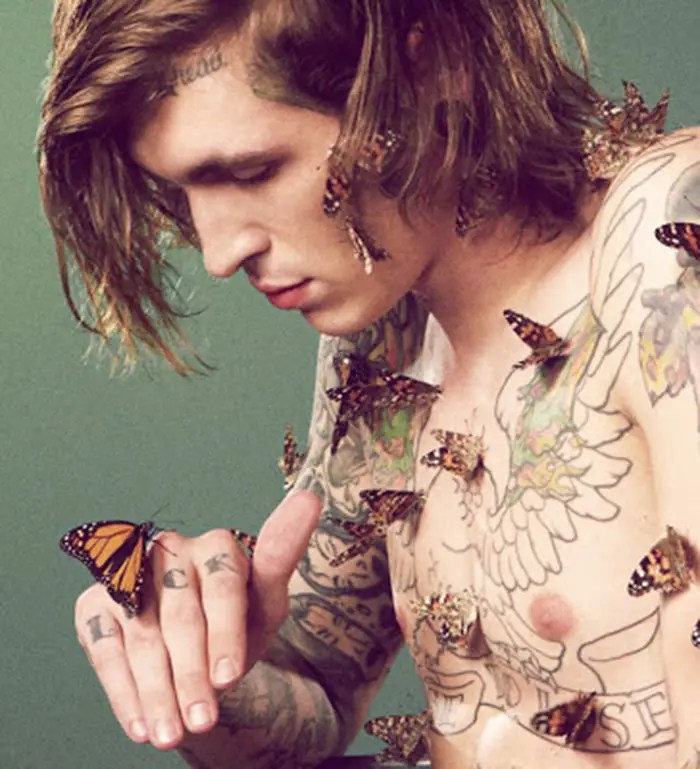 Founded by Bono and Ali Hewson in Spring 2005, Edun was launched as a for-profit fashion brand to raise awareness of the possibilities in Africa and encourage the industry to do business there. 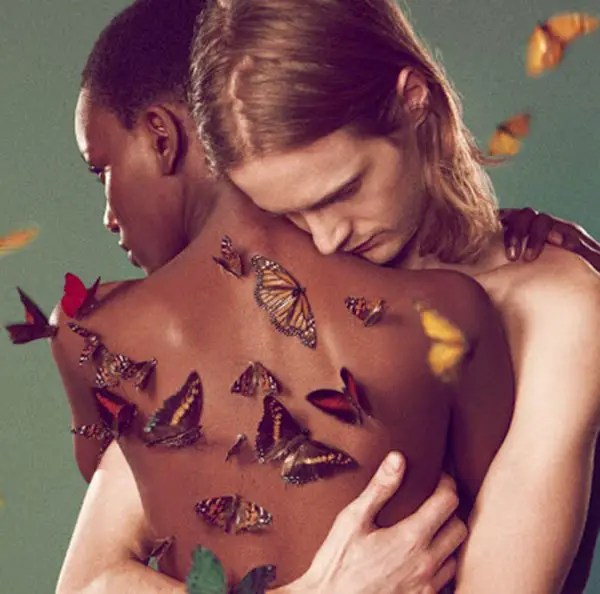 With the aim of creating a global fashion brand and making beautiful clothing, Edun is committed to developing trade with Africa and encouraging others to do the same. Based on a belief that style should have substance, Edun sources globally so that as its business grows so does its production and work in Africa. above: One of the new dresses from Edun’s Spring Summer 2012 Collection

Now, since the inception of the brand, they will be launching their fist ad campaign shot by photographer Ryan McGinley. The six images, shown below, feature six species of butterfly that are all indigenous to Africa. “We really wanted to capture the essence of Edun, and of what inspires the brand, which is duality and transformation,” said Edun’s Ali Hewson in a phone interview with WWD from Africa. She added that it was time to tell Edun’s story through a campaign, and to build on the momentum of the brand, which is posting double-digit growth each season.

WWD reports that the campaign will break in the March issues of titles including Italian, French and U.S. Vogue; Vanity Fair; Dazed & Confused; AnOther; T The New York Times Magazine, and the Sunday Times of London. Short “blink videos” will appear on Edun.com and via social media outlets. A launch event is set to take place during New York Fashion Week.

Edun’s chief executive officer, Janice Sullivan, said the brand is also expanding internationally: The company, which is 49 percent owned by LVMH Moët Hennessy Louis Vuitton, is negotiating a distribution agreement with Itochu in Japan, and planning to open a pop-up shop in Harvey Nichols on Wednesday. It will open a pop-up shop at Le Bon Marché in Paris at the end of March, and for spring it will begin being carried at Bloomingdale’s and Neiman Marcus.

Currently Edun is sold globally in leading department and specialty stores and online.