In San Antonio, Texas lies a barber shop where the customers are getting a cut above the rest. Portraits of famous athletes, artists and celebrities are adeptly shaved into heads by the clipper-yielding hands of a talented, tattooed Barber/Artist known as “Rob The Original.” Originally from Los Angeles, Rob Ferrel (shown above with his ‘Frida” cut) moved to San Antonio with hopes of becoming an artist. Little did he know that he’d wind up becoming the “Hair Artist.” With his background in drawing, combined with his professional barber skills, Rob the Original has turned scalps into canvases.

His two Texas barber shops are filled with fans who wish to represent their loyalty by wearing it on their head.

Rob not only trims, shaves and clips the portraits to perfection, but he adds color and makeup to them as well.

Not only does he do portraits, but Rob can give you a design or artwork shaved into your head, such as the Louis Vuitton Monogram or Stars patterns shown below: 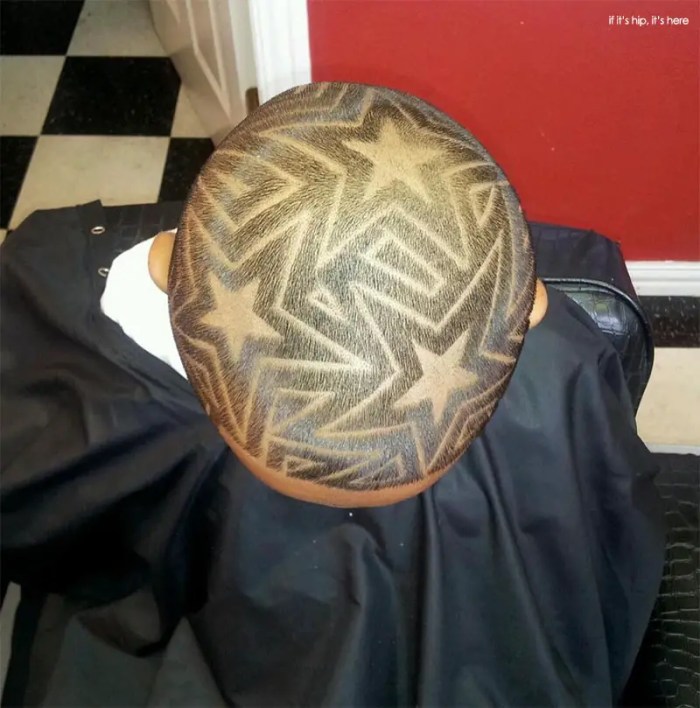 He has executed his talents on ESPN’s SportsCenter, Fox Sports news and the Queen Latifah show, to mention just a few. above: Rob The Original’s Barber Shop in San Antonio, Texas 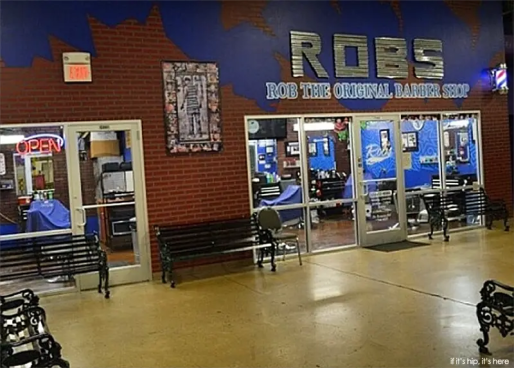 above: Located inside of the PicaPica Plaza shopping center on the south side of San Antonio, Texas

all images courtesy of Rob The Original. Several of which have been cropped and enlarged for this post.