If you are not familiar with the work of Stuart Haygarth, you’re missing out. An artist and designer who turns found objects into spectacular lighting, furniture, and art installations, his pieces are whimsical, technological and imaginative. A wonderful example of this is his Prairie King light, an enormous chandelier that turns English mid-century, ride-on, spring-mounted rocking horses into unicorns with illuminated horns, clinging to a suspension lamp covered with fairground bulbs. 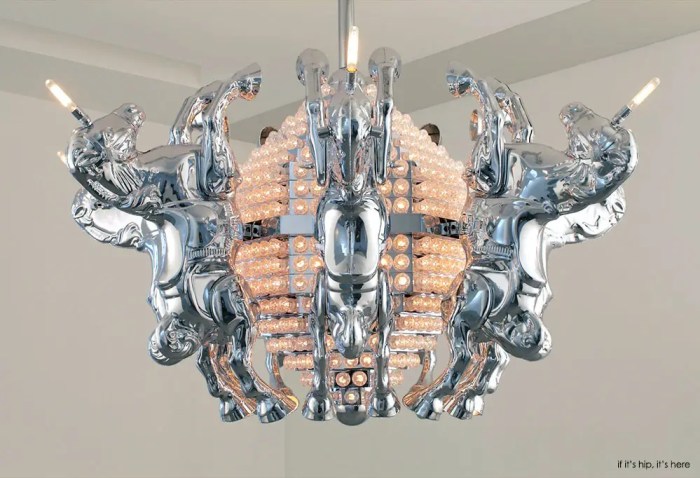 The name of the 40″ x 67″ lamp comes from the vintage steel “Prairie King” Metal Cowboy Western Ride-On Rocking Horse made by Mobo in England during the 1950s and 1960s which were used to create this piece.

The pressed steel ride-on toys were immensely popular among children and you can find vintage ones on ebay and at antique stores.

The Prairie King light is part of a larger body of work focusing on the concept of ‘Play’ as a vehicle for creativity, inspired by German philosopher G.W Leibniz’ theory that scientific learning and real discovery comes out of playfulness.

Haygarth chose the vintage toy because “The classical rocking horse in all its forms conjure fantasy and imagination for children, the wild west, the Lone Ranger and fairground rides.” The original painted rocking horses are given a totally different appearance and identity – highly chromed and reflective. 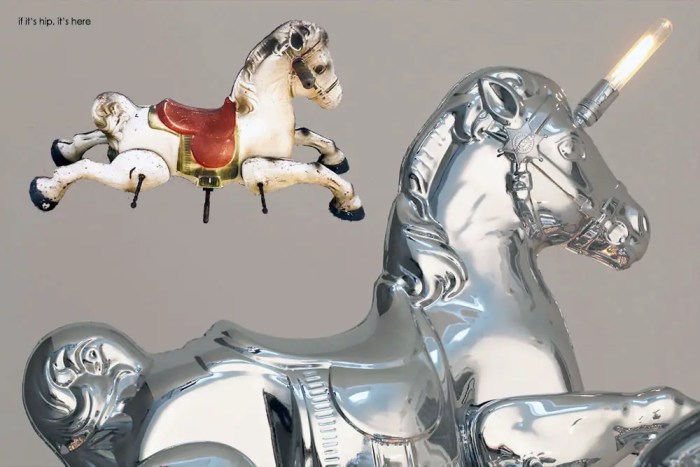 They are no longer horizontal and suspended on springs but instead are now vertical and animated, dancing around 600 fairground bulbs, like moths around an exterior light. 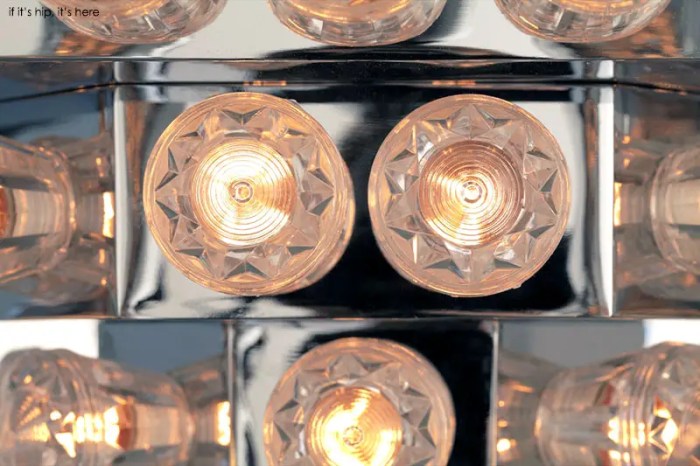 They have metamorphosed into magical unicorns with sheriff badges and punk like spikes. 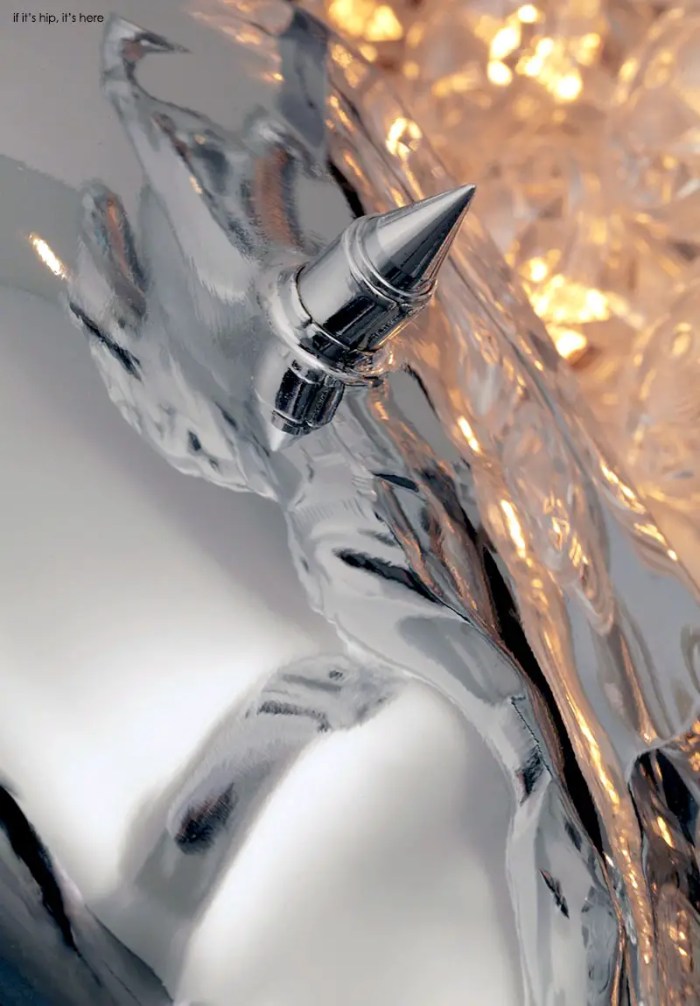 About (from his website):
Elevating the commonplace or discarded object is a central tenant of Haygarth’s work. His exquisite designs and installations have employed the flotsam and jetsam of everyday life – from man made debris washed up on the seashore to thousands of salvaged prescription spectacles. Creating order and symmetry out of randomness and waste, his work is as much about the process of collecting and collating materials as the elevation of these materials to objects of value or beauty. By constructing narratives about time, loss, abandonment, and modernity, these human aspects attached to the chosen objects are an integral part and driving force within the work. As he has said, ‘My work revolves around everyday objects, often collected in large quantities, categorized and presented in such a way that they are given new meaning. It is about banal and overlooked objects gaining new significance’.