` Robin Williams Tribute and Pop Culture Nesting Dolls by Andy Stattmiller. - If It's Hip, It's Here
Skip to content After spotting artist Andy Stattmiller’s Russian Nesting Doll Tribute to Robin Williams as a user submission on Bored Panda, I wanted to see if he’d made any others. Looking led me to his wonderfully hand-painted wooden Matryoshka inspired by pop culture cult faves Batman, The Big Lebowski and Breaking Bad. 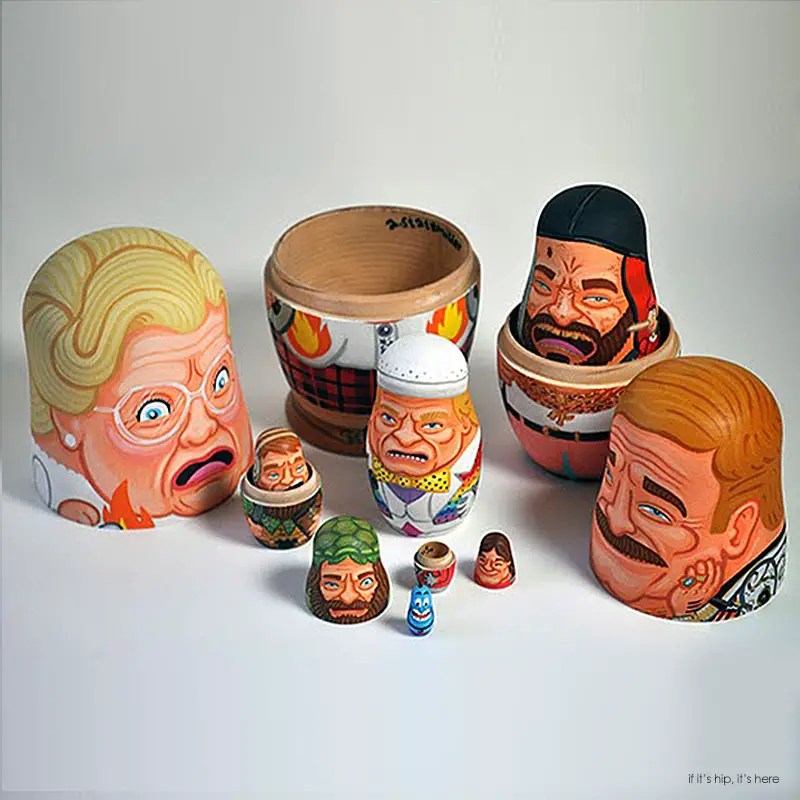 Andy pays tribute to the late great Robin Williams with this 8 piece nesting doll which captures several of Robin William’s most popular film and TV roles. From largest to smallest : Mrs. Doubtfire, The Birdcage, Fisher King, Death to Smoochy, Jumanji, Good Morning Vietnam, Mork and Mindy, and Aladdin. They are all hand painted with acrylic on wooden dolls. The largest measures 7″tall and the smallest, 0.75″. 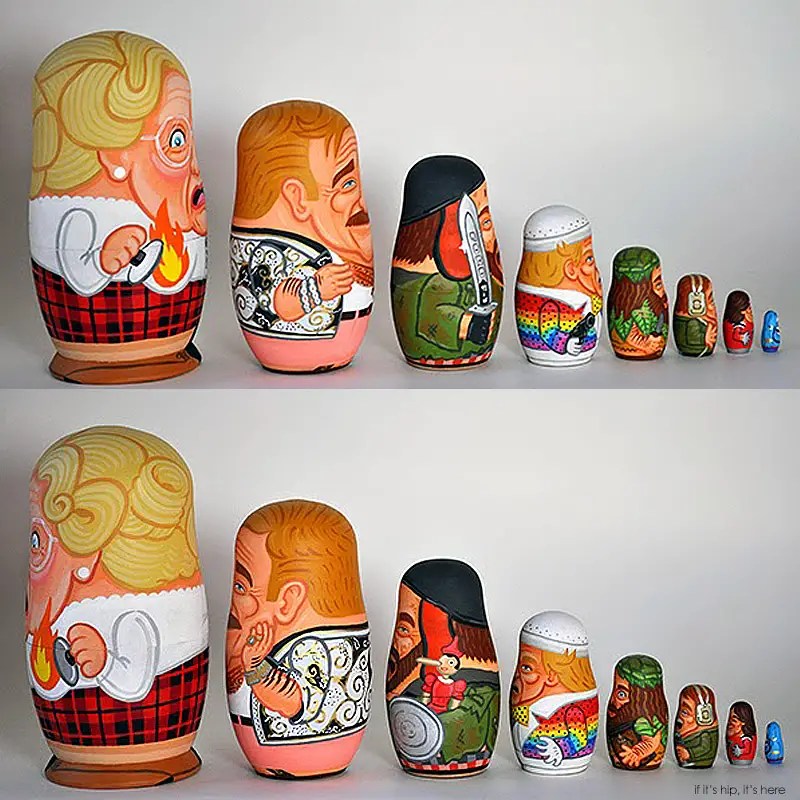 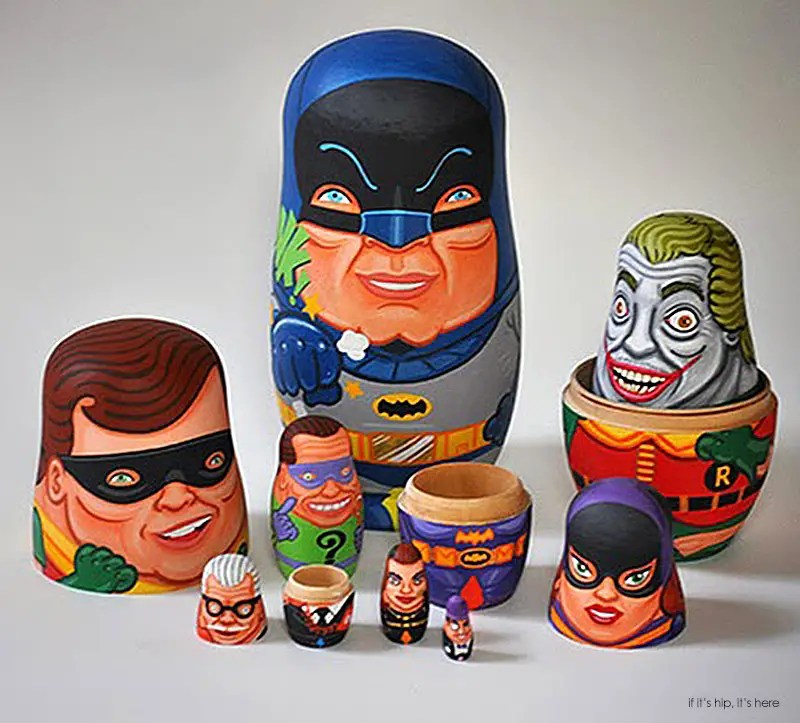 Inspired by the 1960’s Batman TV show. This kitschy hand-painted set of 8 Matroyshka features Batman, Robin, The Joker, Batgirl, The Riddler, Alfred, Catwoman and The Penguin. The largest doll measures 8″ tall and the smallest, is 0.75″.  Acrylic on wood. $3000 [SOLD OUT] 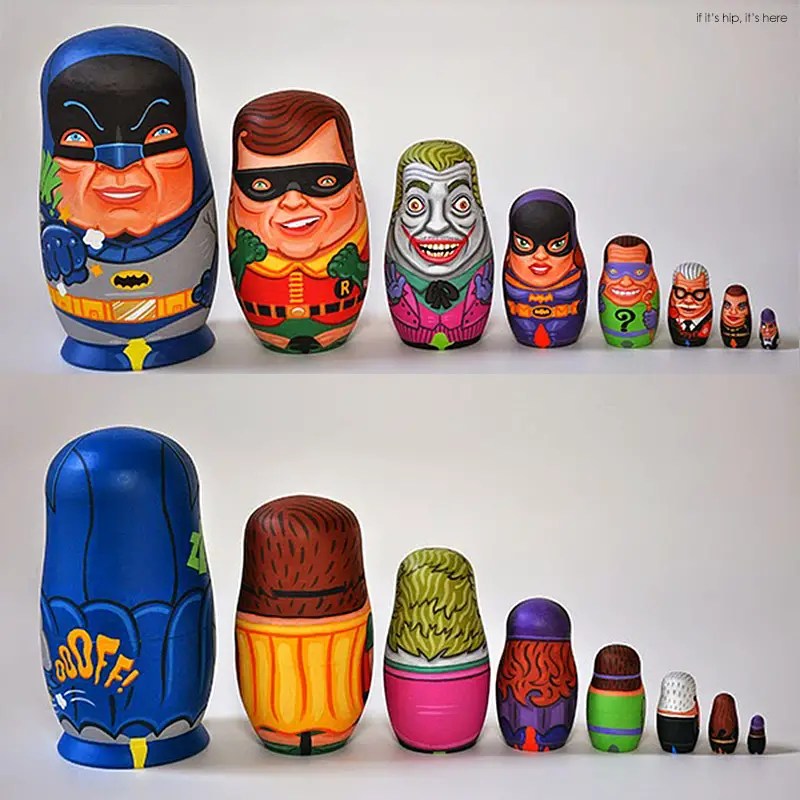 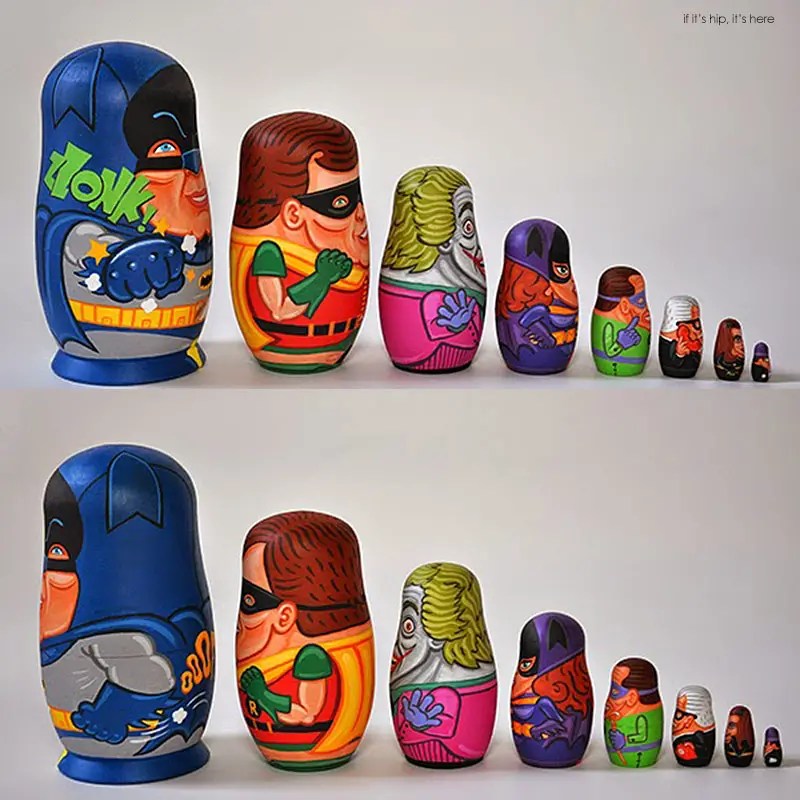 The Cohen Brothers’ cult flick The Big Lebowski is depicted as Russian Nesting Dolls. The biggest is Walter Sobchak (featuring Donny in the ashes and his ex wife’s Pomeranian), followed by The Dude, Jesus, Maude, Mr. Lebowski, The Stranger; and finally the smallest – the Marmot. The largest doll stands 8″ tall and the smallest 0.75″. Hand-painted with acrylic on wood. $3000 [SOLD] 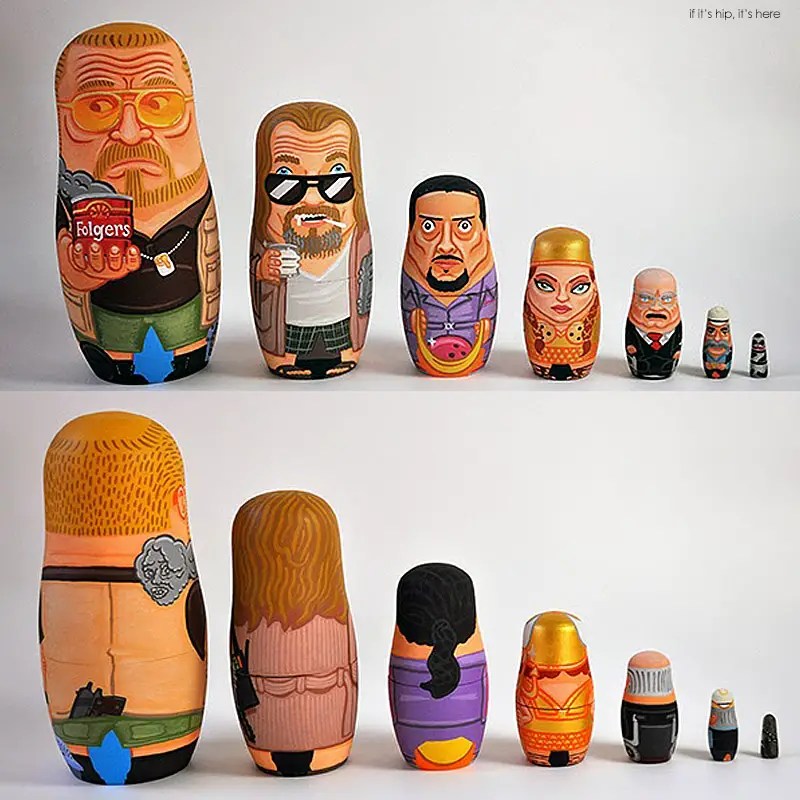 BREAKING BAD
Only one of these sets were made by Andy. The Breaking Bad TV drama is depicted with Walter White aka Heisenberg, Jesse Pinkman, Mike Ehrmantraut, Saul Goodman, Skylar White (with baby Holly), Hank Schrader, Gustavo Fring, and the one-eyed, burnt pink teddy bear that was floating in the pool. This 8 piece set measures from 7″ tall to the smallest at 0.75″ tall. 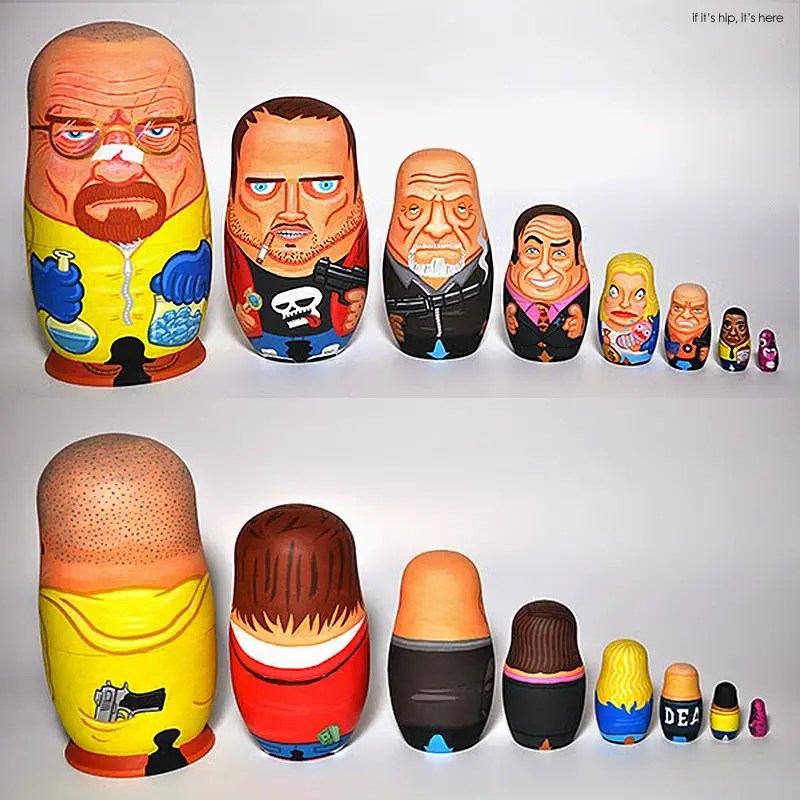 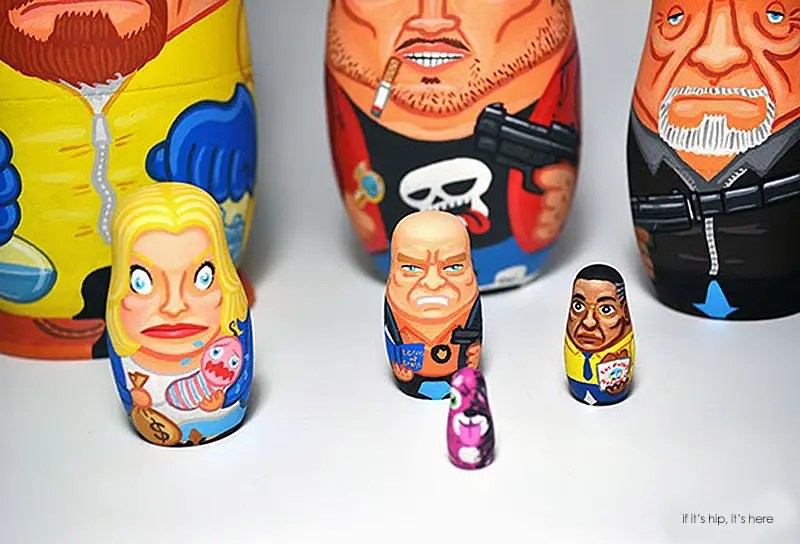 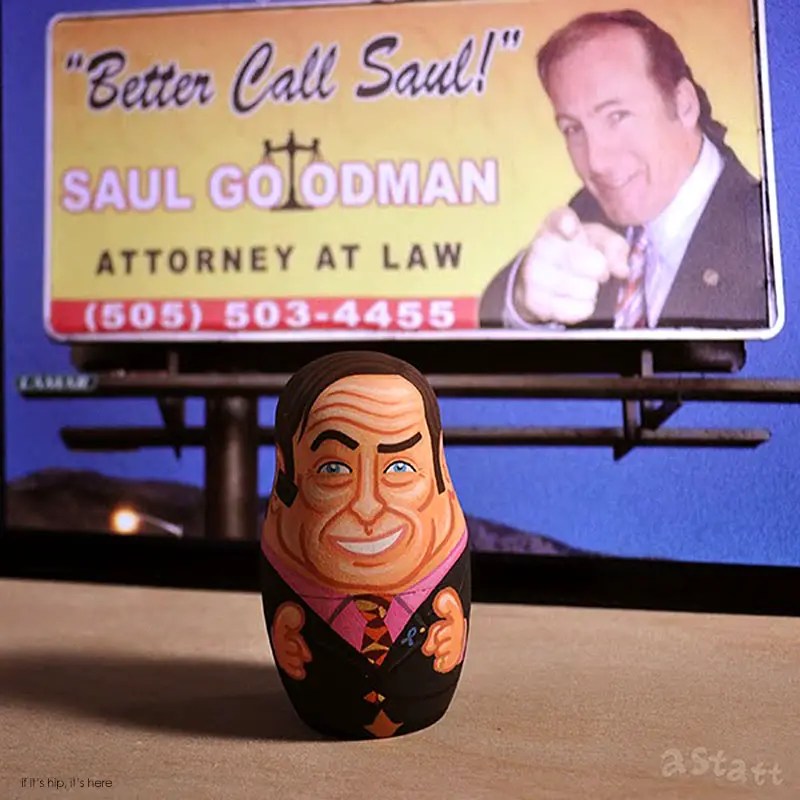 images courtesy of the artist and Gallery 1988 (West)