` Planet Of The Apes Ball Bearings Portraits - If It's Hip, It's Here
Skip to content 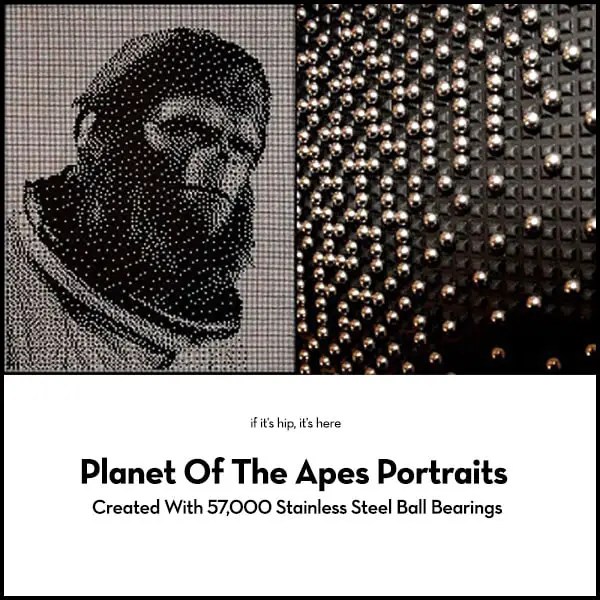 Artist Joe Black doesn’t monkey around when it comes to interesting mosaics. Known for his assemblages crafted from vintage badges, Lego bricks and plastic toy soldiers, he’s used ball bearings to recreate two portraits of Cornelius and one of Zira, the monkeys played by Roddy McDowell and Kim Hunter, respectively, from Escape From Planet Of The Apes the third movie in the original movie franchise. Titled “We Never Left”, this trio of portraits of the main characters in the Planet Of The Apes; two of Roddy McDowall as Cornelius and one of Kim Hunter as Zira, are made using steel ball bearings on black rubber mounted on aluminum. Below you can take a closer look.