For the past year, Bay Area artist Tom Franco, founder of the Bay Area’s of Firehouse Art Collective, has been collaborating with his brother, actor James Franco, on a series of enormous ceramic sculptures at Mission Clay Products. The Phoenix-based factory, who produces large vitrified clay pipes used mainly for sewage, has an Arts and Industry program where they provide materials and working space in their factory to artists. 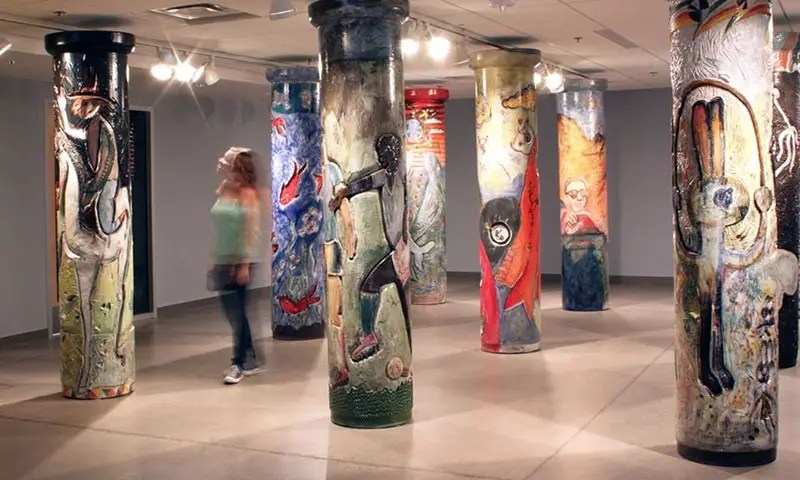 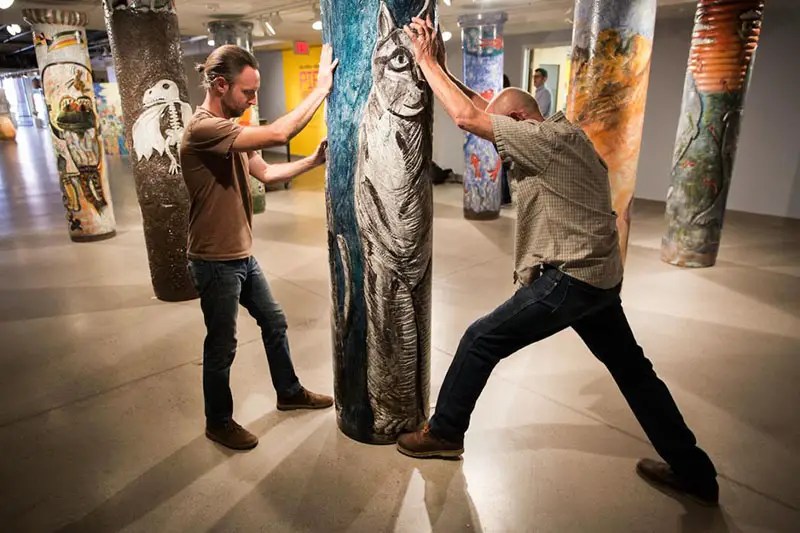 Through this program, Tom and James Franco – with help from Firehouse Art Collective members: Rey-Oliver Del Mundo, Colin Hurley and Heather Fairweather have produced these ceramic pieces by working fourteen hour days in the blistering heat at Mission Clay Art and Industry. Here are some photos of the Tom’s process; working on one of the pieces: Seven pipes in the show are Tom’s, while two are attributed to his brother, actor and artist, James. The pillars are 7 ½ feet tall, 18 inches in diameter and 5-6″ thick. They weigh from 750 to 3,000 pounds each. Because actor James is so busy, he sent his brother detailed sketches and asked Tom and his team to bring them to life (reports Artsy). A Paper Theater Brought to Life With Light Projection. The Ice Book By Davy McGuire.