` Pierre et Gilles Factory of Idols - If It's Hip, It's Here
Skip to content Designed as a musical and visual installation, and curated by Milan Garcin, this exposition at Paris’ Musee de la Musique explores the universe of Pierre & Gilles through an assembly of more than a hundred of their photo-paintings of celebrities and icons, complete with a an online playlist, a host of objects and video documents.

Designed in close collaboration with Pierre & Gilles, the exhibition explores their relationship to music and its codes and symbols. The accompanying playlist of 131 tracks composed by the artists echoes each painting, like a giant jukebox, as visitors discover never-before-released documents and installations of souvenirs and other relics from their illusionists’ studio, offering new insight into their factory of idols.

Since 1976, the duo Pierre & Gilles have developed their singular work, a hybrid form between painting and photography. Pierre, the photographer, was born in 1950 in Roche-sur-Yon and Gilles, the painter, in 1953 in Le Havre.

From their meeting emerged a precise and original method: they first have their models (strangers, friends or celebrities) pose for them in sophisticated sets they create in their studio. Once the photograph has been shot and printed, the long task of painting begins, one of the key principles being that each piece is a one-off creation, complete with a frame designed by the artists. They have been represented by Galerie Templon since 2012, and their work has been shown around the world. Presenting 110 works and two new installations created by the artists, this milestone event at Philharmonie de Paris is their first monographic exhibition on the theme of music.

Here’s a sneak peek at several of the photo-paintings from the exhibit:

The accompanying hardcover book/catalogue (shown below) can be purchased here: 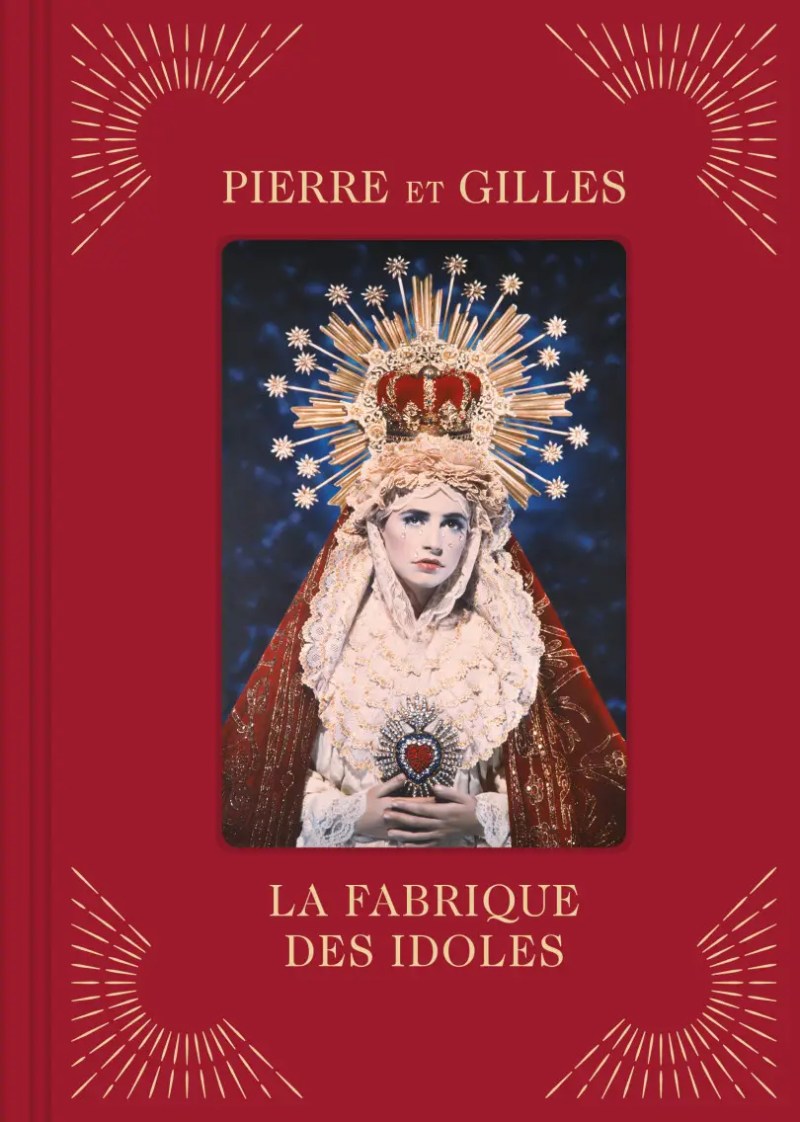 An Interview with Pierre et Gilles about the exhibit:

All The Leibovitz Disney Dream Portraits – Including The Latest