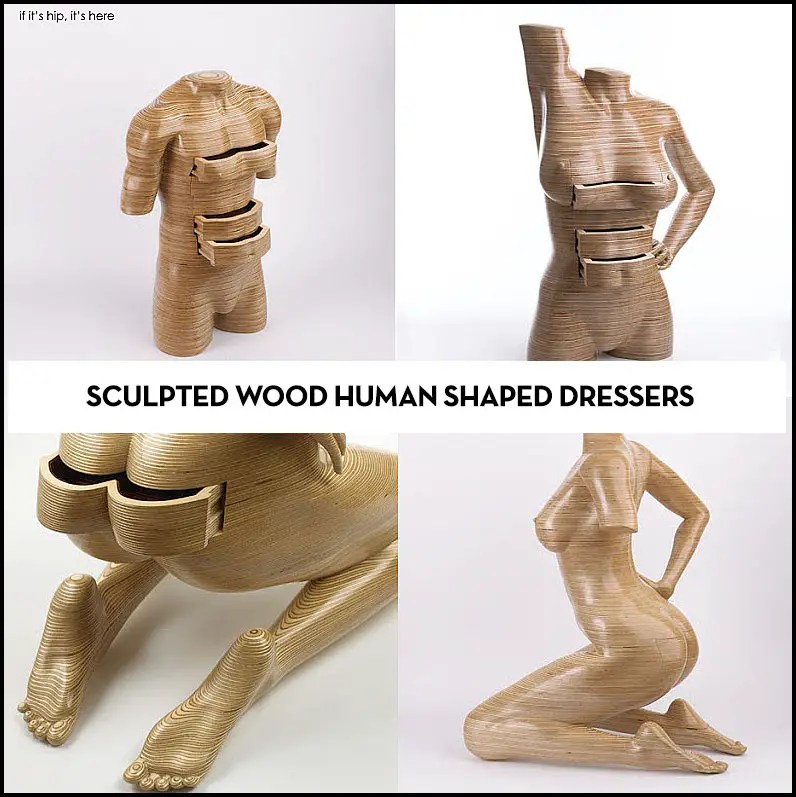 Woodworker Peter Rolfe has created some of the most lovely hand crafted wood pieces of traditional forms, like console tables, chairs and jewelry boxes. 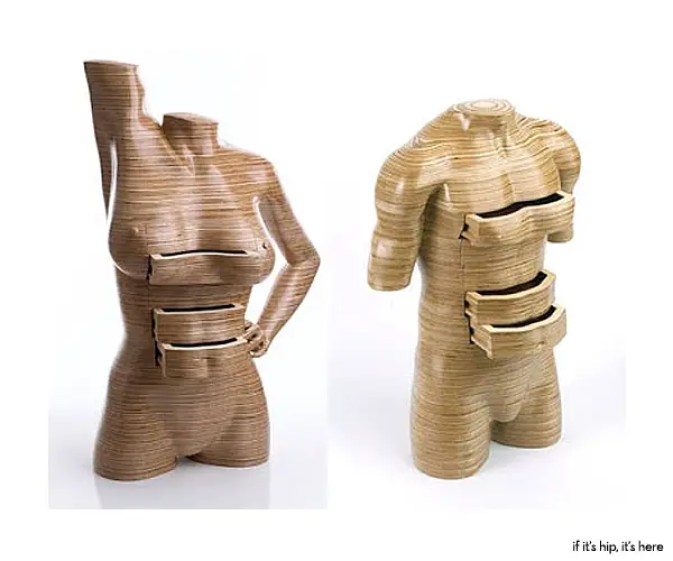 But his latest sculptural pieces, in the form of female and male human bodies are so interesting, I had to share them with you. Crafted of birch ply, the male and female sculpted torsos include functional drawers. Take a look. Peter also collaborates with woodworker Carl Handy, together they opened a workshop in the latter half of 2005 called, not surprisingly, Rolfe and Handy. (site is no longer active) above: Peter in his studio (in his own words):
“I grew up in the East Midlands and from a young age felt most at home in the Peter Rolfe school workshops. After gaining two A-levels in Art and Design I moved to High Wycombe to attend Buckinghamshire University. High Wycombe has a long history of furniture production and its university has a well established fine furniture course.

After completing my HND in Design and Technology I began work at Stewart Lindford Furniture as an apprentice. I spent five years learning all i could from the experienced makers I worked alongside, using only solid hardwood and specializing in burrs, I learned many traditional construction methods and improved my hand skills. During my time with Steward Linford I received a Guild Mark for craftsmanship, awarded specifically for the Catherine of Aragon Desk, a limited edition piece sold through Harrods.

For the past seven years I have been working for Stuart Groves Furniture learning more up to date techniques, how to manipulate timber and discovering how modern manmade materials play an increasingly large part in today’s furniture production.

The varied range of experience I have gained over the past fourteen years has enabled me to design and make an array of furniture, from simple elegant jewellery boxes to more advanced sculptural pieces. My current work is heavily influenced by nature, using shapes that we all recognize but would not be traditionally thought of as furniture forms.” Sadly, I cannot find a website or way to contact Peter Rolfe anymore since his site at www.p-rolfe.co.uk no longer appears to be active.