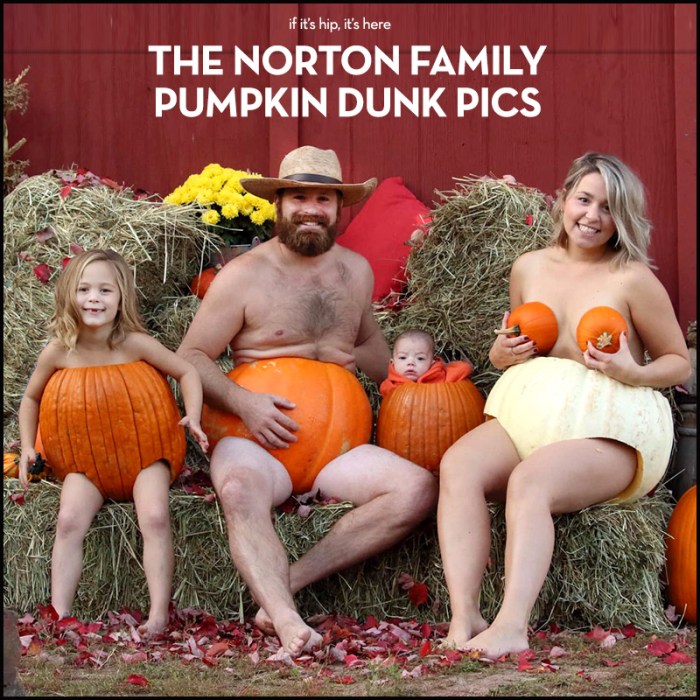 We don’t know these people but we want to. Mark and Sidney Norton of Aylesford, Nova Scotia and their kids have made hundreds of thousands of new friends in the past 48 hours. At least on social media. Their “Family Pumpkin Dunk” photo album posted on Facebook had over 140,000 shares on Facebook as of 4 p.m. Friday. Donning pumpkin shells and a great sense of humor, the Nortons are undeniably adorable. But what made them decide to create Halloween family portraits?  According to Halifax Today, Mark Norton said the tradition started 7 years ago when his daughter was just 5-months old. “I figured it would be cool to make an Anne Geddes scene, put her in a pumpkin and that’s where it started,” he told NEWS 95.7’s The Sheldon MacLeod Show. Mark decided to don a gourd and get in the picture a few years later, his wife Sidney was added last year to make it a family photo, and this year, their newborn son was around to join in on the fun. The family scoured the Valley to find the biggest pumpkins they could for the photo shoot. 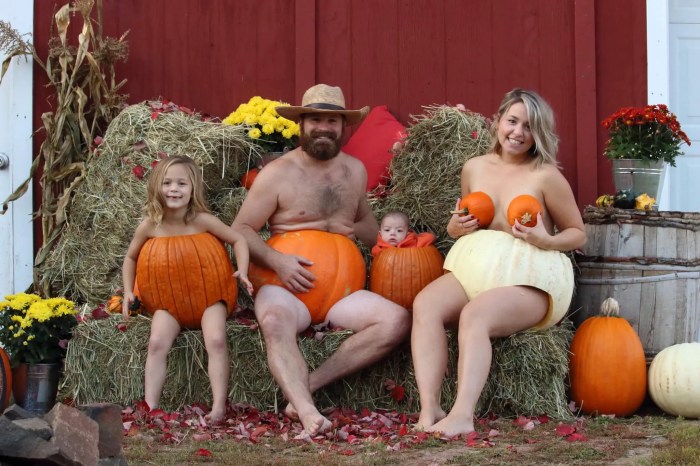 “Mark carves them out and we kind of shimmy our way in,” Sidney said. “We have to cut the back out for Mark and I in order to fit in, but the kids kind of just slide in.” 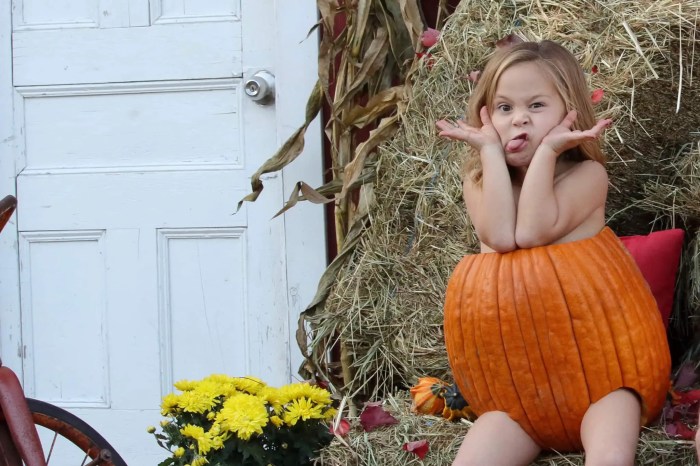 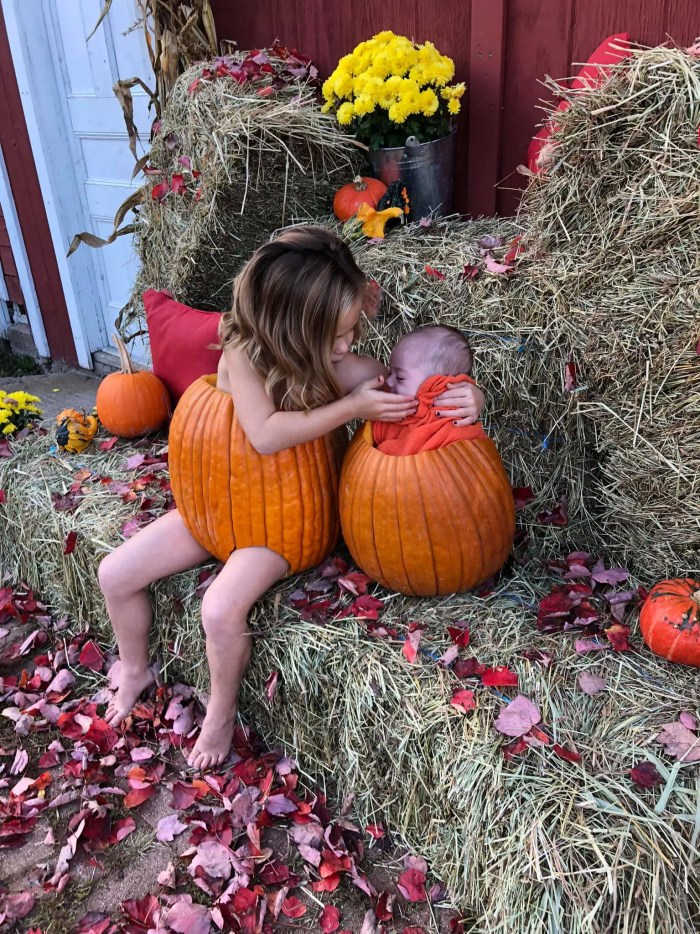 As we said at the beginning of this post, we don’t know the Nortons, but we want to.

Mordaunte’s Coffin Gems & Jewelry Are A Spooky Way To Sparkle.