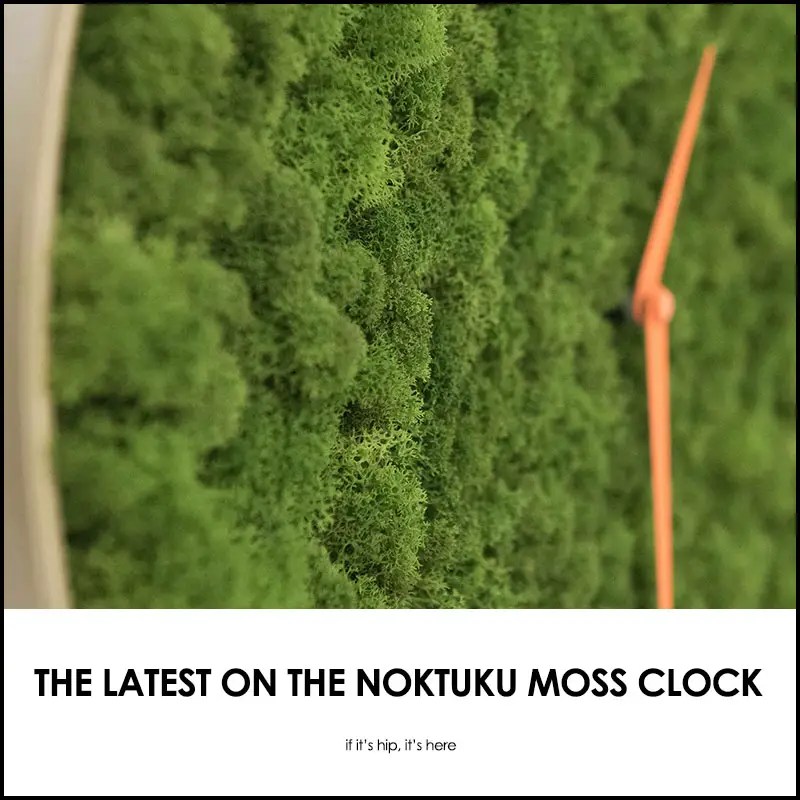 A lot of design blogs were buzzing about the Reindeer Moss Clock concept last year. The wall-mounted clock whose face is covered with real reindeer moss from Norway has changed a bit since then and here’s the latest info. Unfortunately, the unique and aesthetically compelling wall clock by designer Paul Rast of Noktuku didn’t reach its funding goal on Kickstarter last May. Nevertheless you can purchase the Moss Clock directly from his website.  (Note: we love his work and also featured his bent wood laptop stand on this blog here.) Now available in 6″ desktop or 18″ wall clock (online) or 32″ diameter (requires a request), the clock no longer has the tiny white plastic figures that gave it some whimsy. Maybe it never did, but it was shown with them. However those are easy enough to add on your own if you really miss them. The Noktuku moss clock contains the tops of real reindeer moss from Norway which have been meticulously selected by hand and preserved. It requires no watering and will remain as is if kept out of direct sunlight. Think of it as a dried flower except for the sponge -like properties of the moss which stays flexible and squishy at all times. 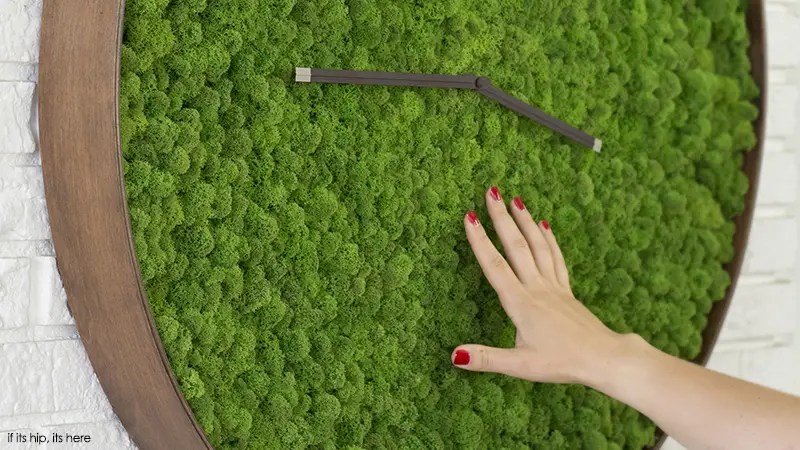 Although the Kickstarter project featured three variations of the moss (which is actually lichen according to inhabitat), it’s only available in the deep green – which was the most aesthetically attractive of the three.

Made with Baltic Birch and steam-bended to form the circular frame, the Noktuku logo is engraved into the side of the clock’s frame:

There is a single connection line at the top of a clock’s ring to keep it visually seamless. The 18″ clock runs on AA batteries and the 32 inch is electric and needs to plug into an outlet. The hands are also appear different on the two sizes as you can see below.