Tonight airs the 8th episode and season finale of HBO’s True Detective. An addictive new series that premiered January 12, 2014 starring Matthew McConaughey (as Rustin Cohle) and Woody Harrelson (as Marty Hart) that has caught on like wildfire and spurred numerous online discussions, fan sites, theories and of course, satire. 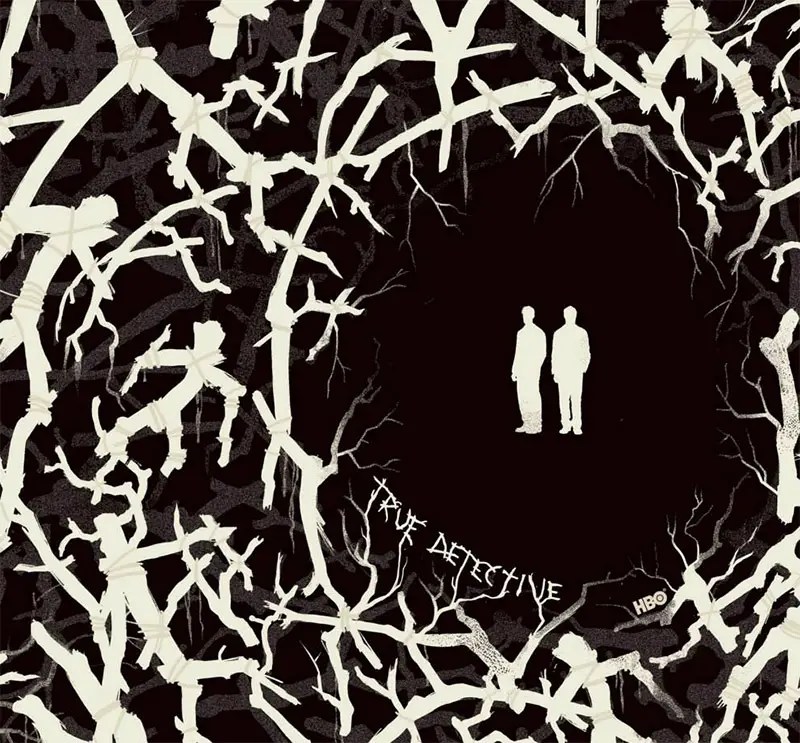 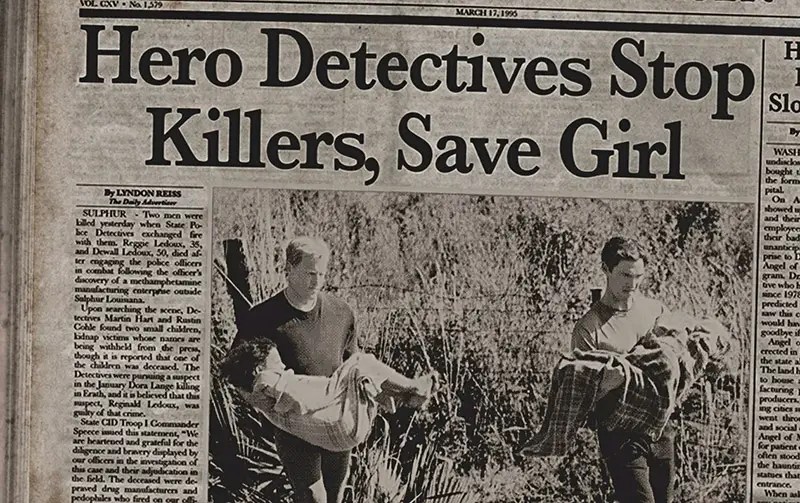 Opening Titles and Music
The True Detective opening title sequence (shown below) is accompanied by The Handsome Family’s “Far From Any Road”.

LYRICS:
From the dusty May sun
Her looming shadow grows
Hidden in the branches of the poison creosote
She twines her spines up slowly
Towards the boiling sun
And when i touched her skin
My fingers ran with blood

In the hushing dusk under a swollen silver moon
I came walking with the wind to watch the cactus bloom
And strange hands halted me, the looming shadows danced
I fell down to the thorny brush and felt the trembling hands

Memorable quotes from season one: 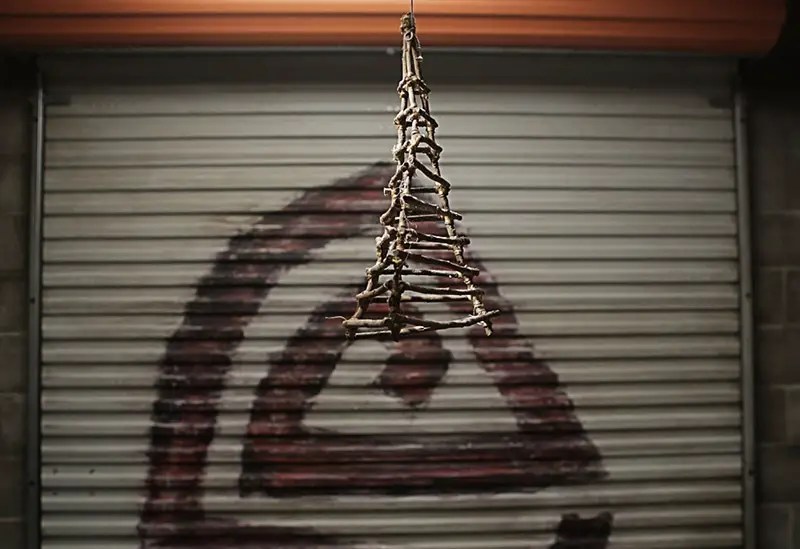 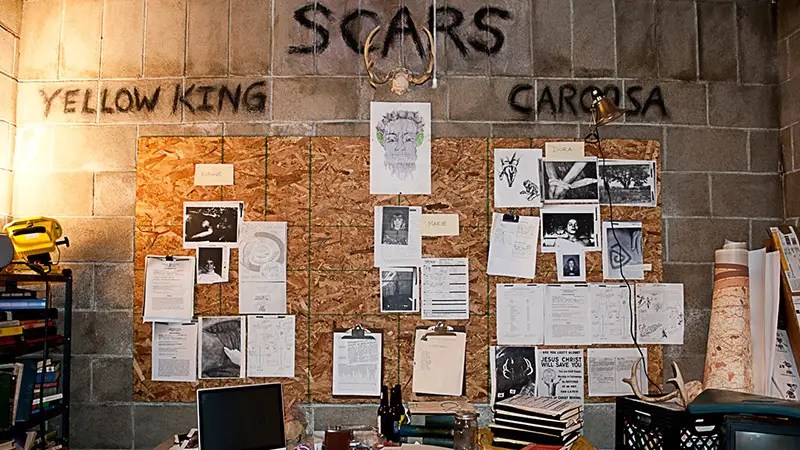 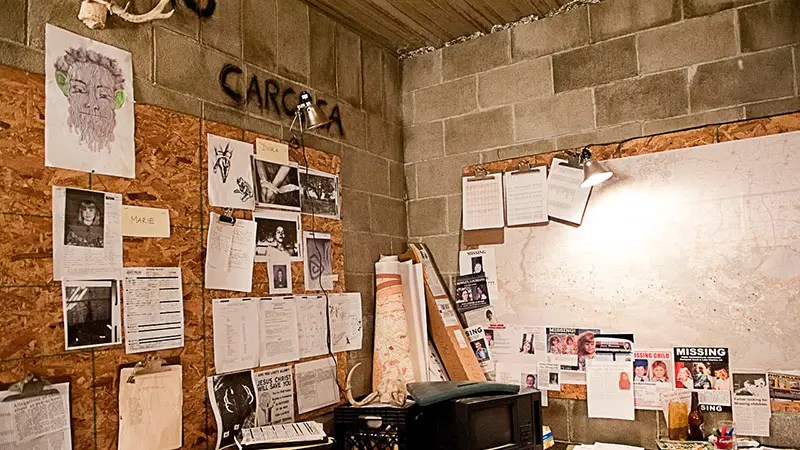 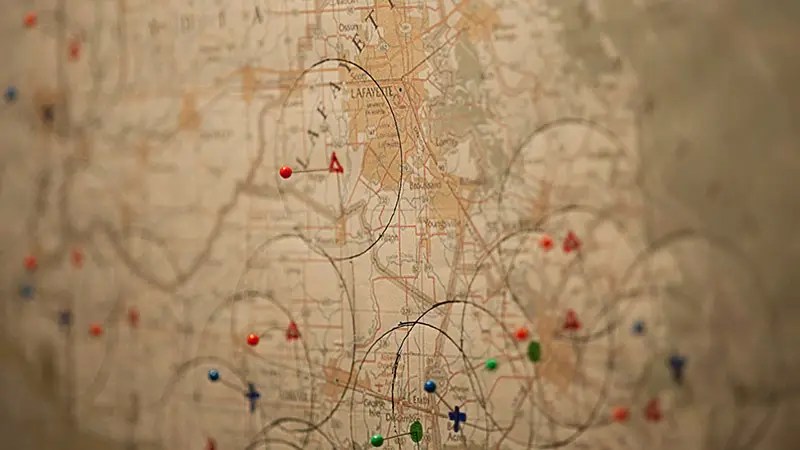 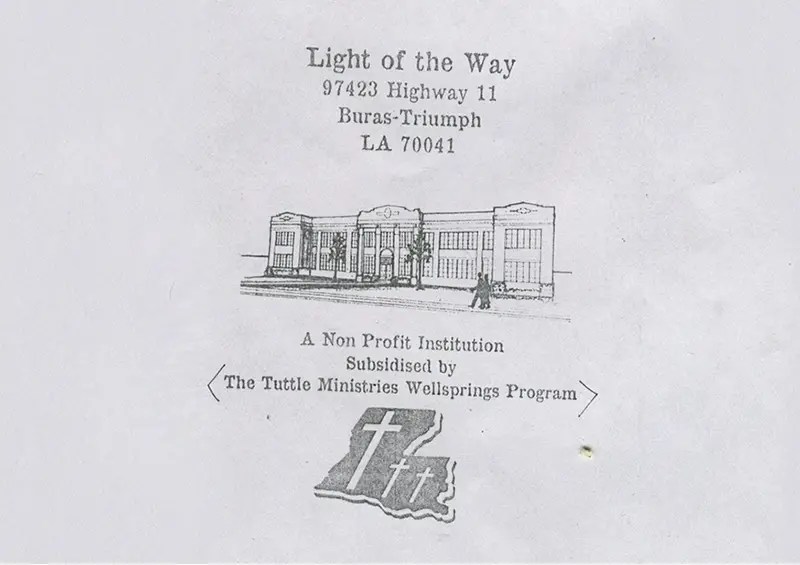 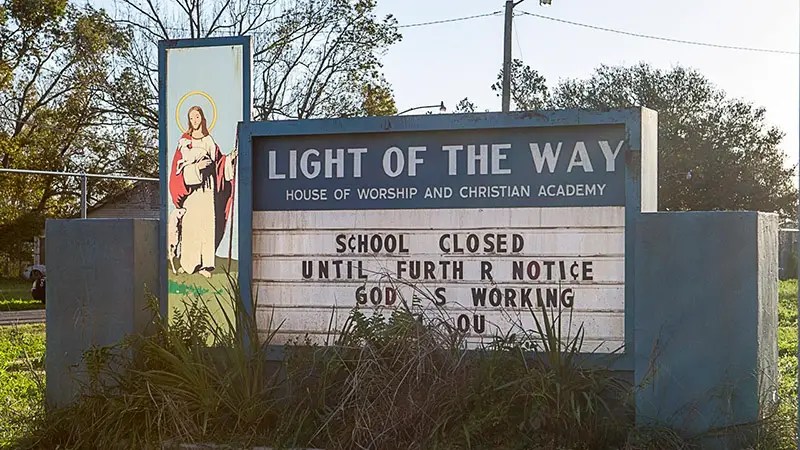 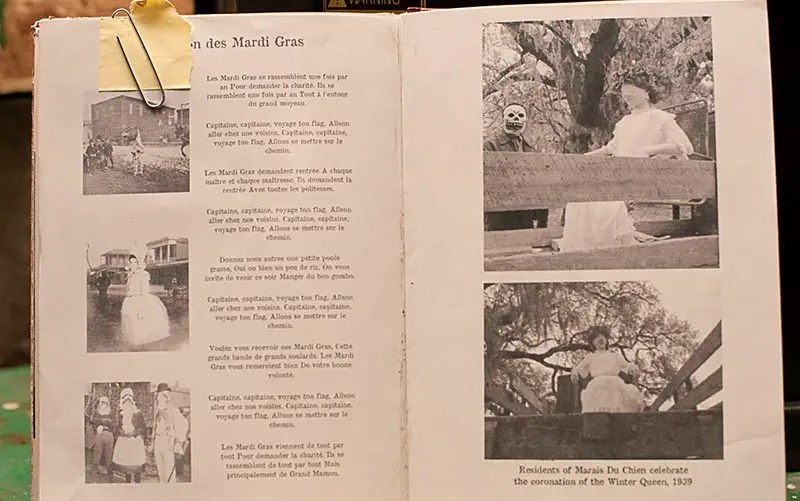 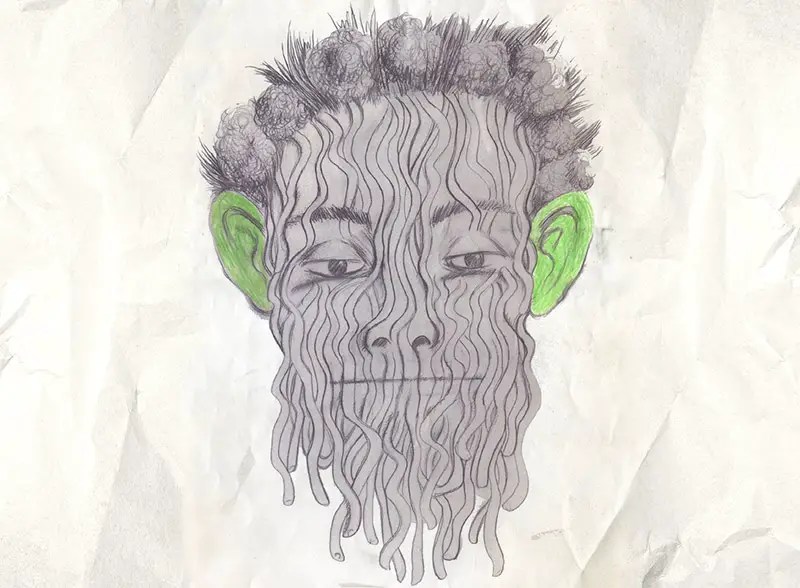 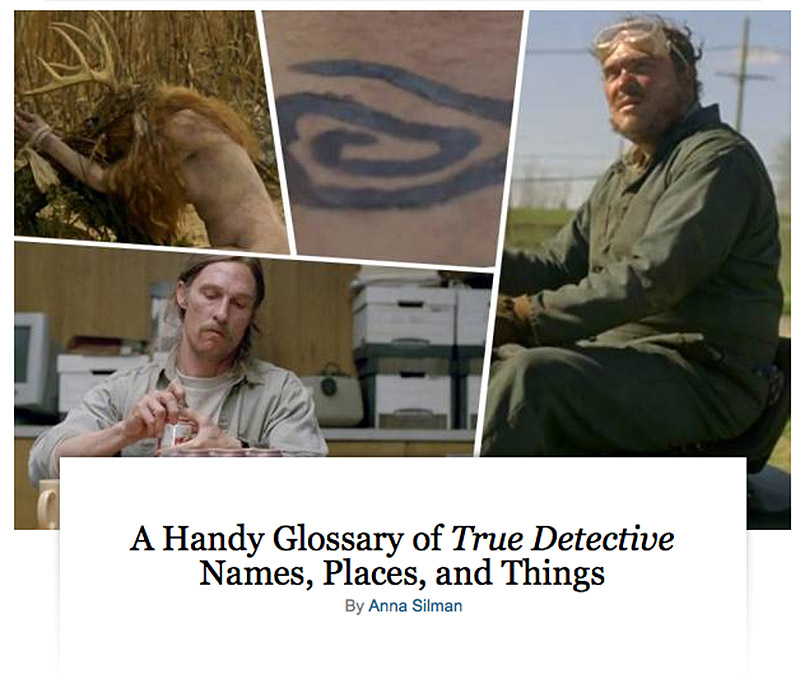 • Anna Silman’s A Handy Glossary of True Detective Names, Places, and Things for Vulture Magazine is list of terms that will answer some serious – and not so serious- questions for you. • The Huffington Posts’ Definitive Guide to Understanding True Detective defines law enforcement abbreviations and some Louisiana slang for you. 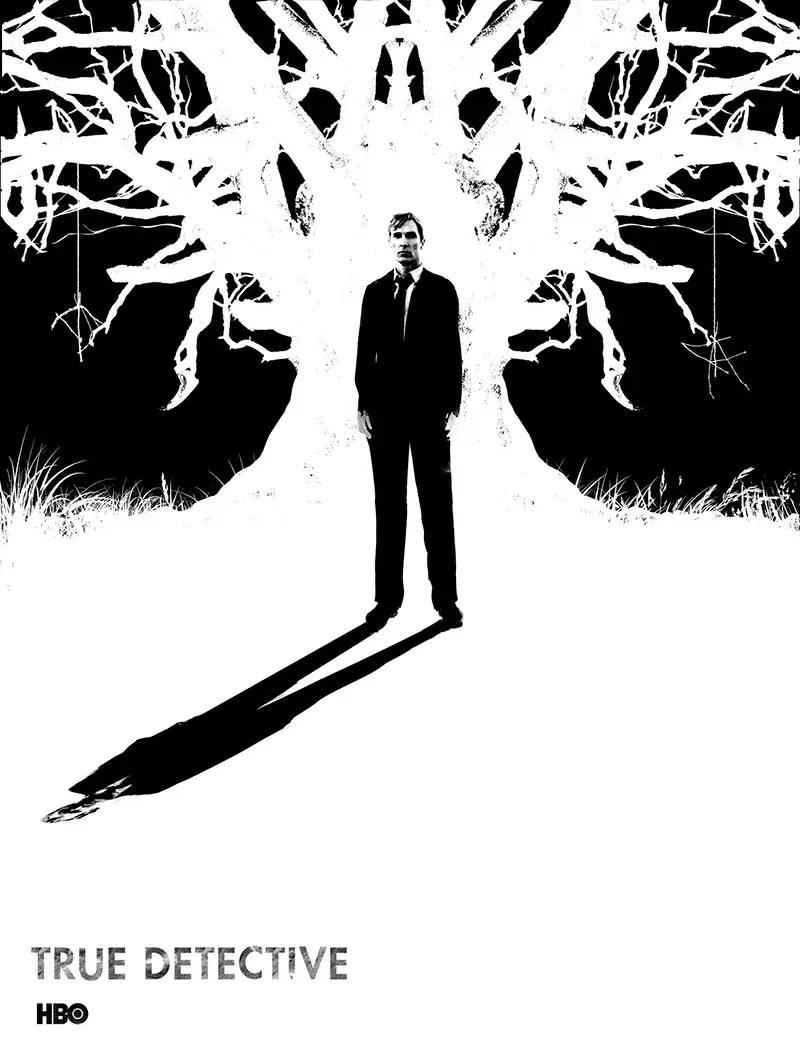 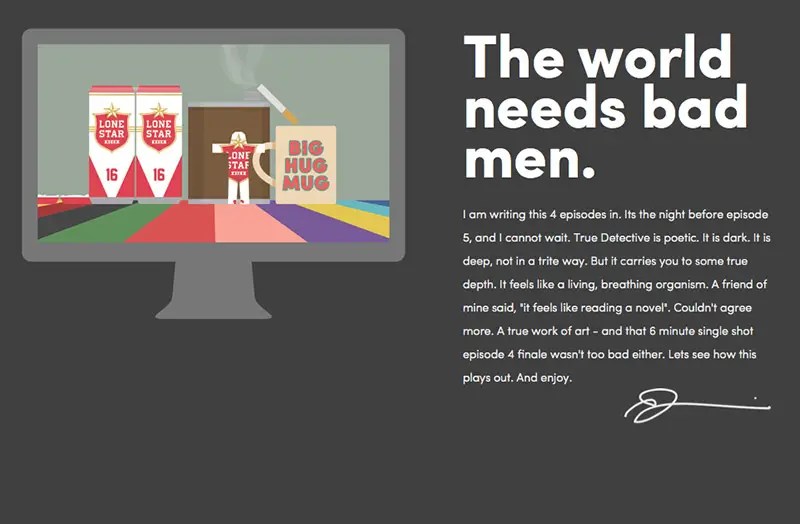 Artist Nigel Evan Dennis has created a graphic designer’s dream version of the True Detective characters, theories, geography and more which he also sells as posters here.
Check it out here

Another nice piece of fan art by Cameron Stewart: 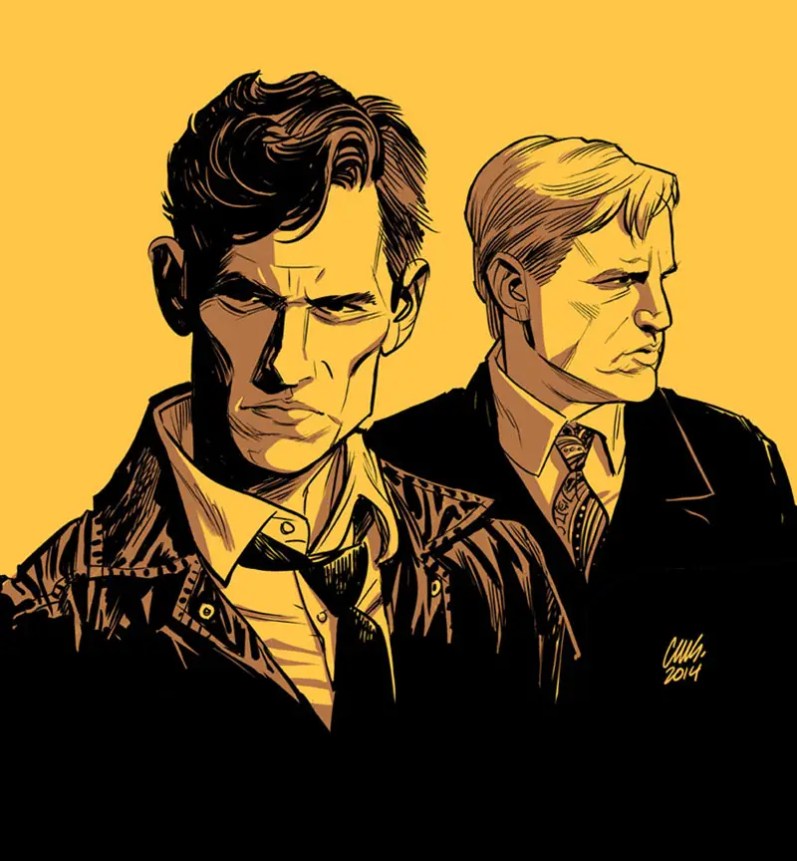 “Can Anyone Understand “True Detective?”
Published on Mar 5, 2014 – Joel McHale and “The Soup” present their take on the hit HBO show starring Matthew McConaughey and Woody Harrelson:

True Detective: The Oscars Parody
Published on Mar 6, 2014 – Matthew McConaughey is interrogated by The Academy about the 2014 Oscars and his past of less-notable films.   Written by and Starring Jon Rudnitsky:

Marty Hart Watches The Red Wedding. Great for any Game of Thrones and True Detective fans. (don’t watch unless you are caught up on both). By DecentFilmz

Where’s the show going?
Even lead actor Matthew McConaughy’s not certain. Here he is discussing it at the Film Society of Lincoln Center:

•Darkness Becomes You is a special micro site for the show by HBO which has all seven episodes, great photos, music and more

I hope you enjoyed my round-up of True detective related info. Of course more will be revealed after tonight’s episode airs. I hope it’s as intriguing as the rest of the season because I, for one, am really looking forward to Season Two.