The fashions were all about camouflage and not at all a reference to the world’s terrorist-sensitive state says Thom Browne of his Moncler Gamme Bleu 2016 collection for men which was presented on Sunday in Milan. With all of the male models clad in red, white and blue camouflage and wearing balaclava masks; some in combat boots and gloves, it’s hard not to draw a parallel between ISIS and the recent Paris attacks. After all, they really do look like chic terrorists. 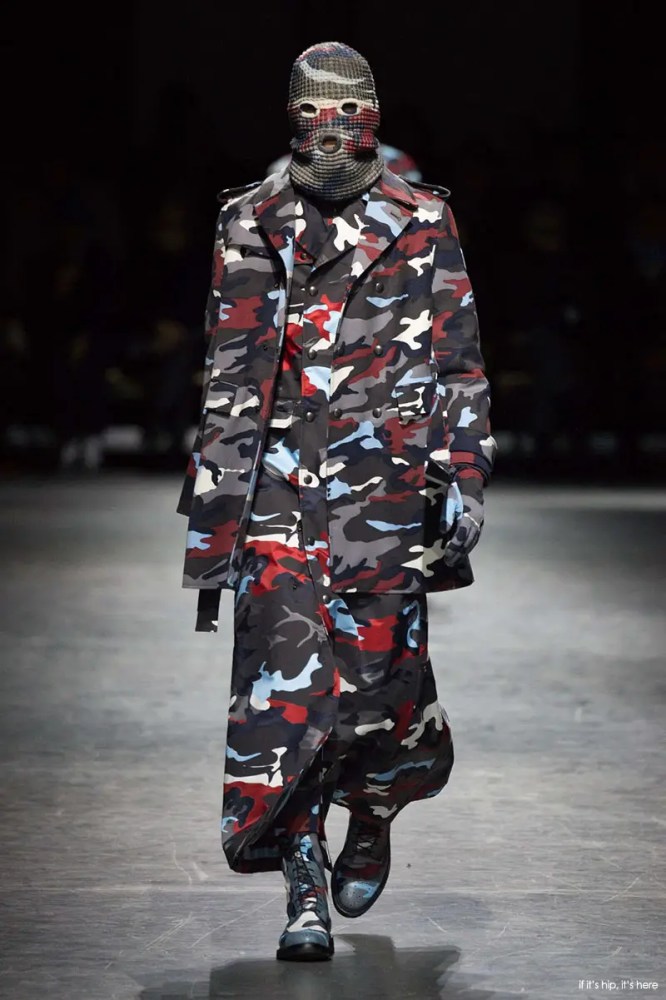 WWD reports that Browne says “For me, it’s just camouflage, almost like a sportswear camouflage. It was done more in a sportswear way, and had nothing to do with anything politically going on.” As for the pink eyelashes, Browne said: “I think a lot of people may see camouflage and think something, the eyelashes threw off the intensity.” 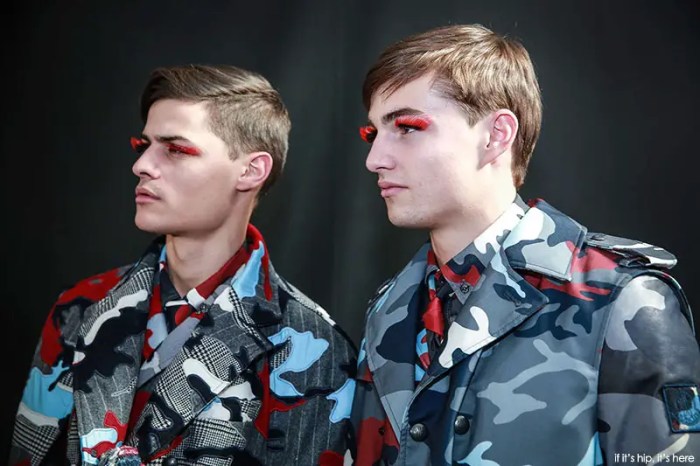 But the models all wore the ski-like masks so the pink eyelashes (above) were not visible on the runway: 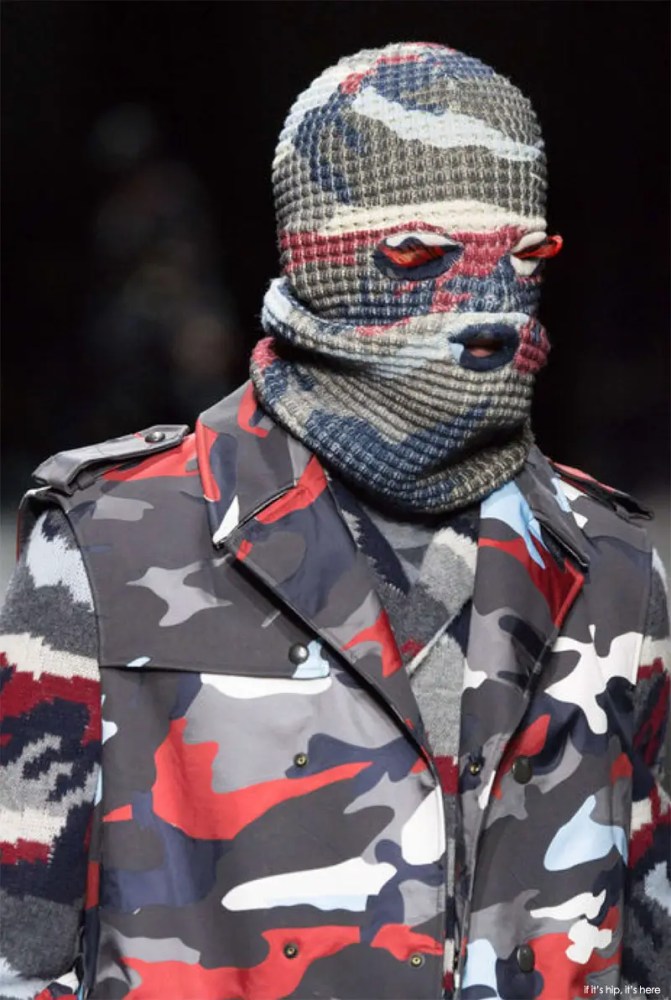 The collection is described by Moncler on their site as follows:
Moncler Gamme Bleu reflects the synergy of Moncler’s expertise in active sportswear and outerwear with the hand-made tailoring sensibility of Thom Browne for Fall-Winter 2016/17, the concept of camouflage and the idea of obscuring while continuing on the theme of reinterpreting Moncler’s classic silhouettes.

To emphasize this concept, all of the looks are made of the same grey, blue, red and white camouflage pattern utilizing special techniques and detailing. The silhouettes are designed with various layered proportions in mind. The quintessentially Thom Browne classical tailored pieces such as sport coats, Chesterfield and trench coats, capes, cardigans, polo shirts, trousers and shorts feature printed and laminated details, beaded embroidery, sequins, intarsia piecing, needle punching, and bouclé-effect embroidery. 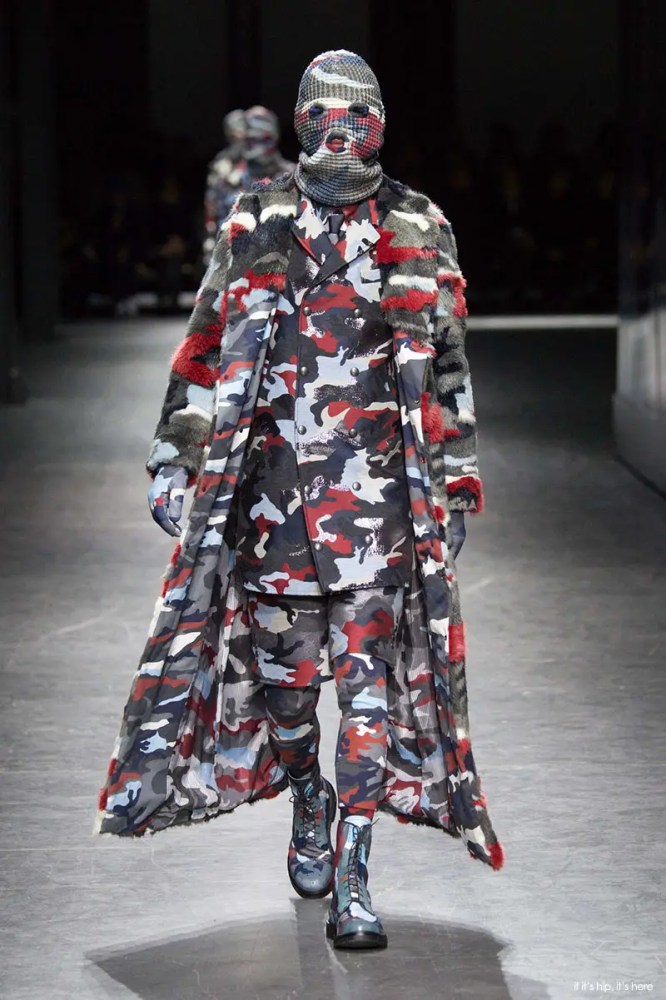 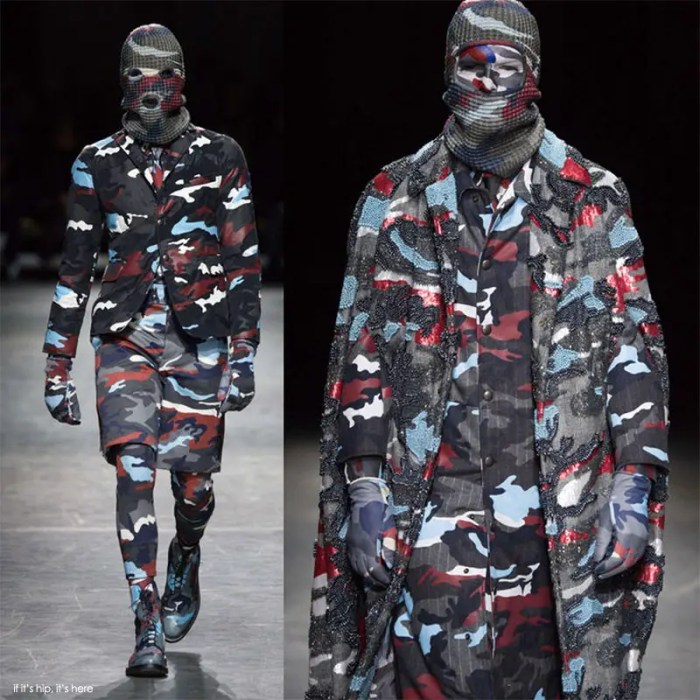 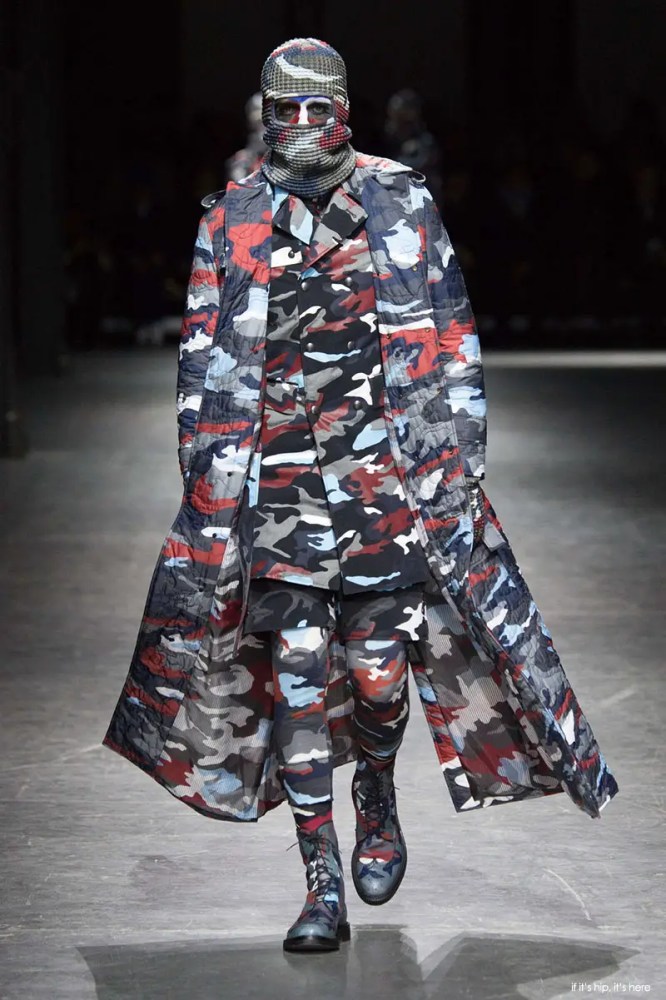 Reactions on the brand’s Facebook page are mixed. Some merely criticized the collection saying that camouflage is nothing new. Others were very offended by what they felt was a nod to terrorism. And yet others applauded the collection. “The show finale also disturbed more than one person, with models grouped together in a glass cube forming what brought to mind the iconographic signs usually used by terrorists” reports Dominique Muret. “It was a snow globe,” said the designer. “The globe was not possible, so I made a snow cube.” 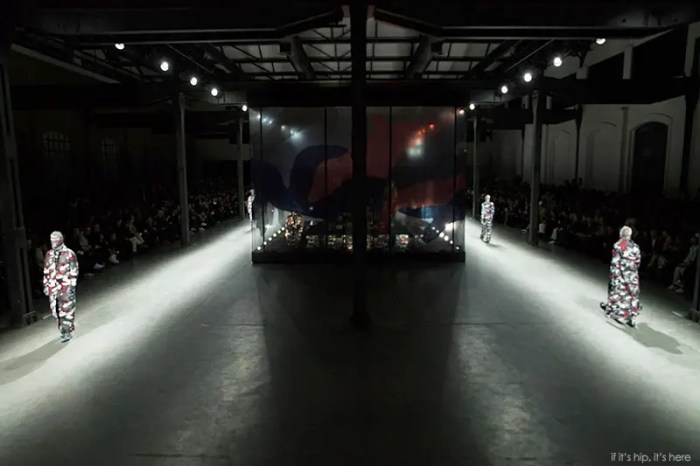 “At the end of the show, many journalists protested against Moncler CEO, Remo Ruffini. On the other hand, the Italian press and other nationalities did not report on this issue – clearly, they were not affected by the show in the same way” reports Dominique Muret for FashionMag.com

What do you think?