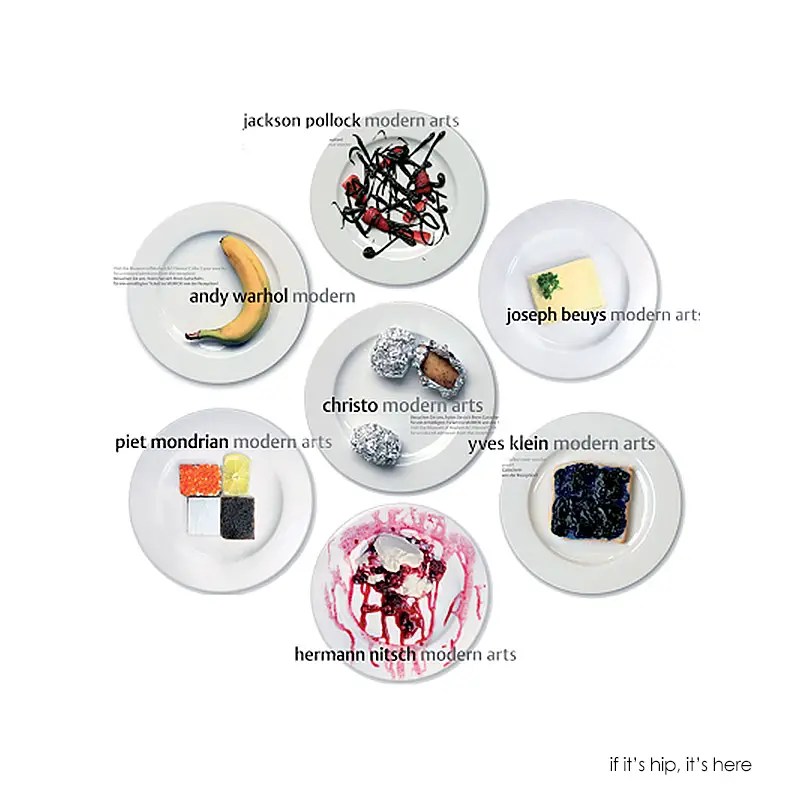 Erwin Bauer of Bauer Concept and Design created a series of smart, conceptual and functional placemats, shot by photographers Janto Lenherr and Michael Stobl for Vienna’s Mumok Museum of Modern Art Restaurant and hotels. Each design interpreted a famous modern artist’s work as food on a plate, which was then photographed.

The series of placemats won the 2009 Gold from the European Design Awards in the Miscellaneous Print category.

If you are familiar with the following artists whose work has been turned into food on a plate, you will really appreciate these. For those who are not, I included a piece of their work below each placemat image, so you can have a better appreciation of how clever these are. And I think it makes for a much more interesting post. I hope you do, too. below: Joseph Beuys (1921-1986), Fingernail Impression in Hardened Butter, butter and wax in plastic box multiple on perforated grey board, 1971