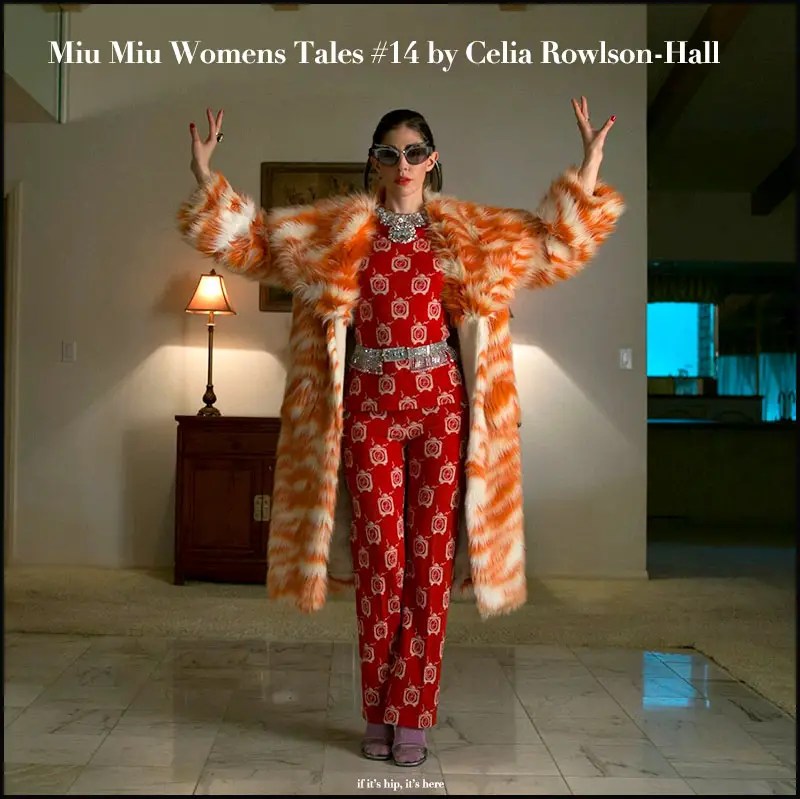 Way back in 2011, we blogged about the fact that Fashion brand Miu Miu had begun to enlist female directors to shoot a series of short films entitled The Women’s Tales and introduced you to the first film of the series, The Powder Room shot by Zoe Cassavetes. 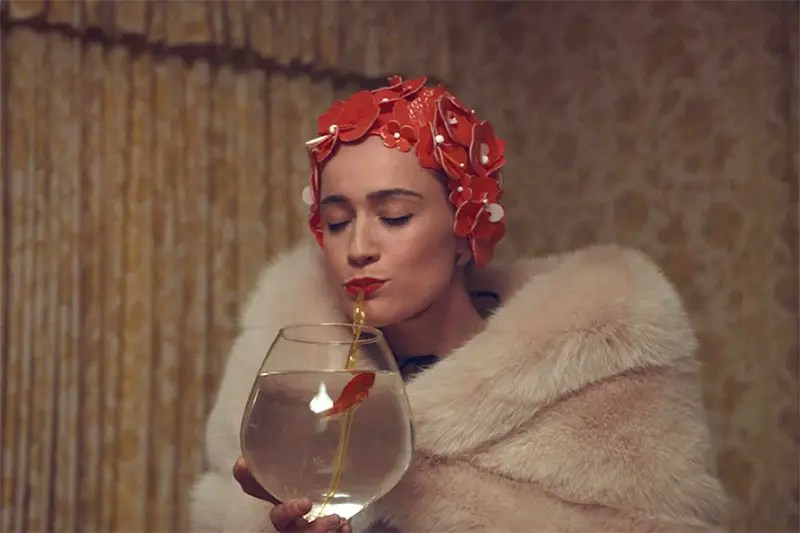 Now, 6 years later Miu Miu has continued with the series and has now produced their 14th – (The [End) of History Illusion] directed by Celia Rowlson-Hall for Miu Miu Women’s Tales series. “We understand this political climate has turned your world upside down,” the 1950s TV-ad voice-over tells you. “Underground shelter is your best defense against radioactive fallout.” Cue perky music, tap dancing twins, and a ballerina that bakes the perfect croissant. Welcome to your new luxury home – buried 26 feet below. Complete with mini-golf course, dance floor, swimming pool, two jacuzzis, and a thoroughly modern mermaid. “This is reality.” That is, until the nuclear siren rings. 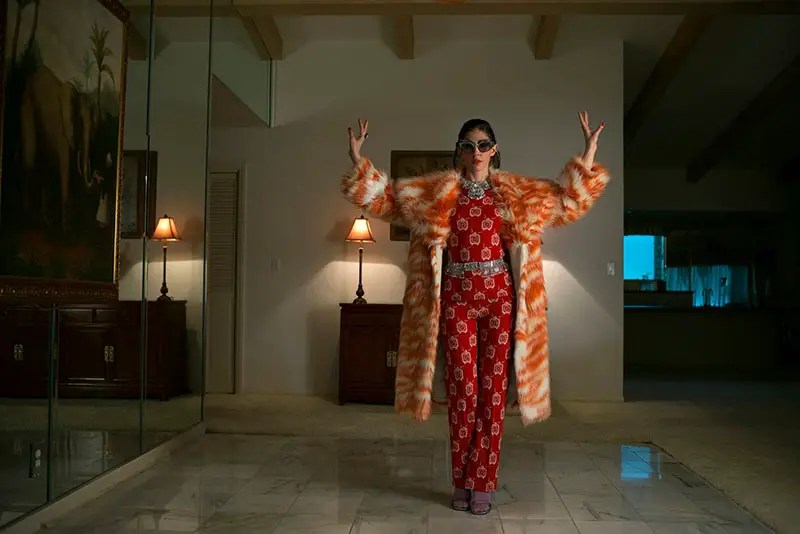 (The [End) of History Illusion], by Celia Rowlson-Hall, is the 14th commission from Miu Miu Women’s Tales. The acclaimed short-film series invites today’s most profound and original female directors to investigate vanity and femininity in the 21st century.

Below is the entire 13 minute film:

Dancer/choreographer/filmmaker Celia Rowlson-Hall is best known for her iconic choreography in the hit TV show Girls; her work on music videos by Alicia Keys and MGMT; her sweet, sad shorts, such as The Audition and Prom Night; and the 2015 feature, MA, a contemporary, wordless re-telling of Virgin Mary’s venture, through deserts and dirt-tracks. Filmmaker Magazine says Rowlson-Hall “folds one art form into another” and “allows her to employ her body as a storytelling vehicle.”

About her new Women’s Tales film, Rowlson-Hall says, “I wanted to explore commercialism in the face of fear, creating a spectacle to distract and entertain, an escape from our present day reality.” She knew the perfect readymade setting: a Cold War era, Las Vegas nuclear bunker, which was shaped into a picturesque family home, designed to survive a nuclear war for an entire year. “When I saw the new Miu Miu collection,” reflects Rowlson-Hall, “there was something about the textiles and colours that made me want to create characters which could come with this space.” These characters slowly come apart in (The [End) of History Illusion] as the cataclysmic events above ground take their toll below. This pastel-hued community can no longer sustain the Hollywood musical illusion. A new reality breeds chaos and confusion. The spirit of the film takes inspiration from how Rowlson-Hall thinks of Miu Miu: “elastic, grounded, sensitive and risk taking.”

Photos from the the shoot: 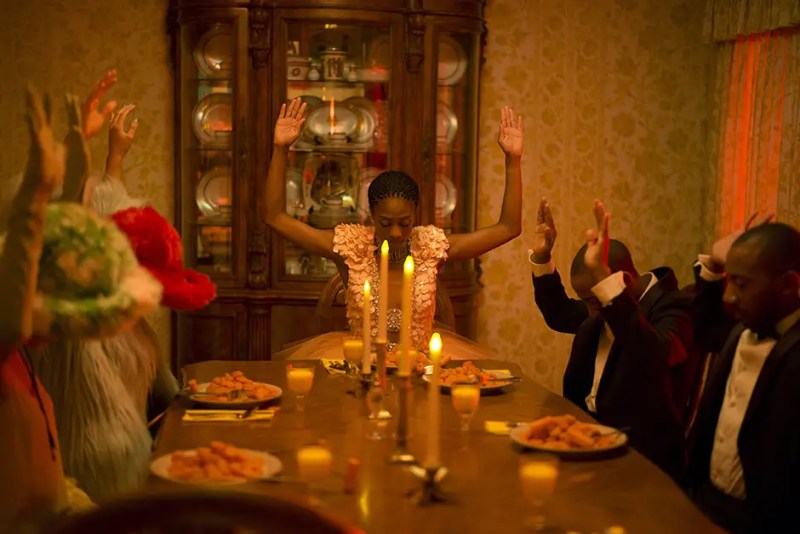 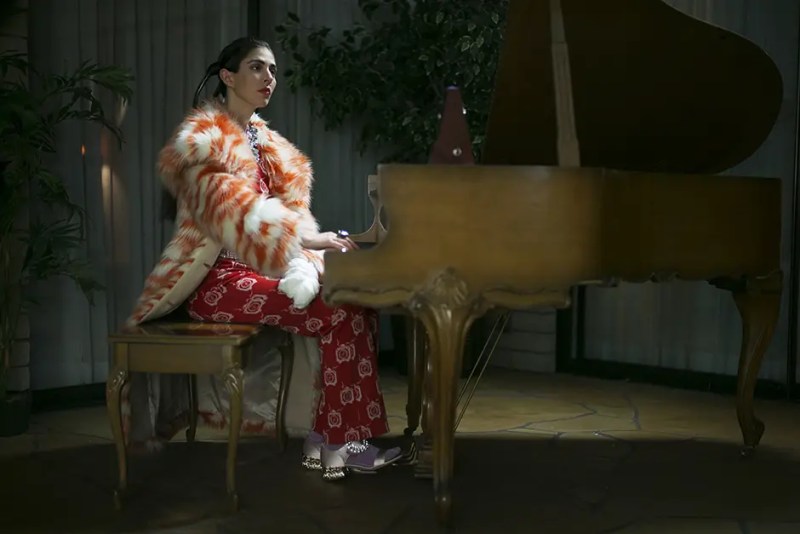 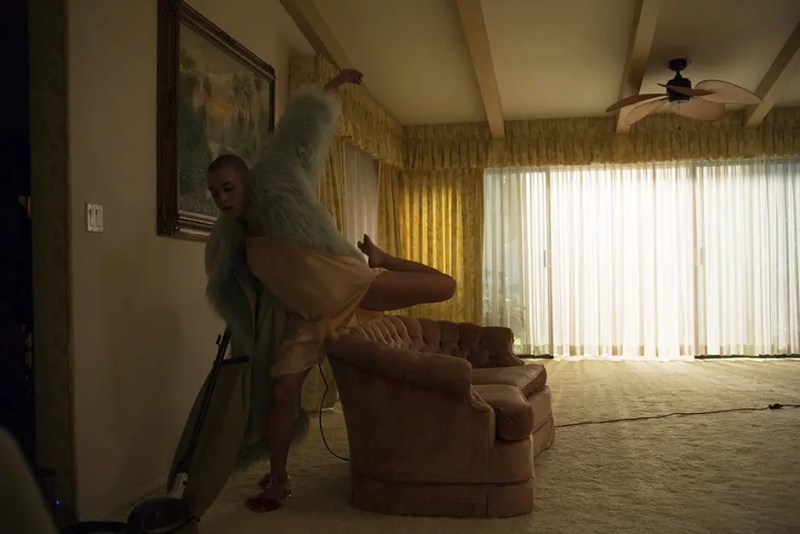 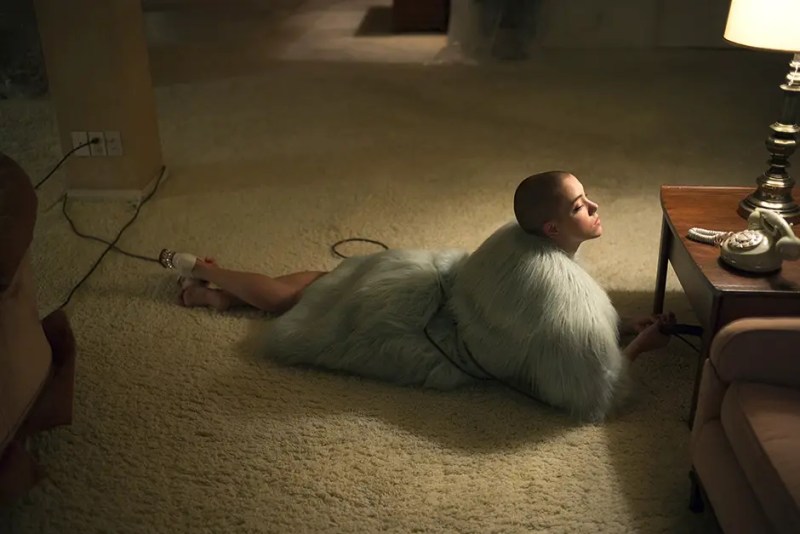 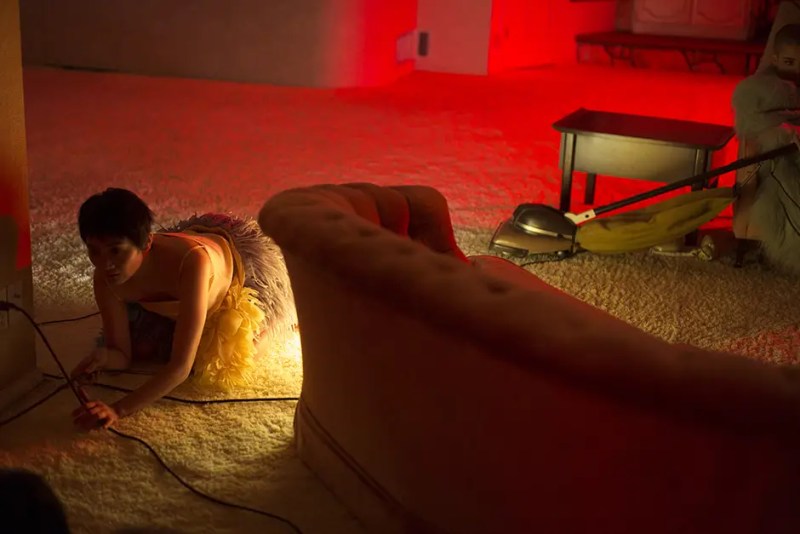 Rick Owens’ Runway Models Pull Their Weight. And That Of Another.