` New Hampshire's Gemma Observatory - If It's Hip, It's Here
Skip to content 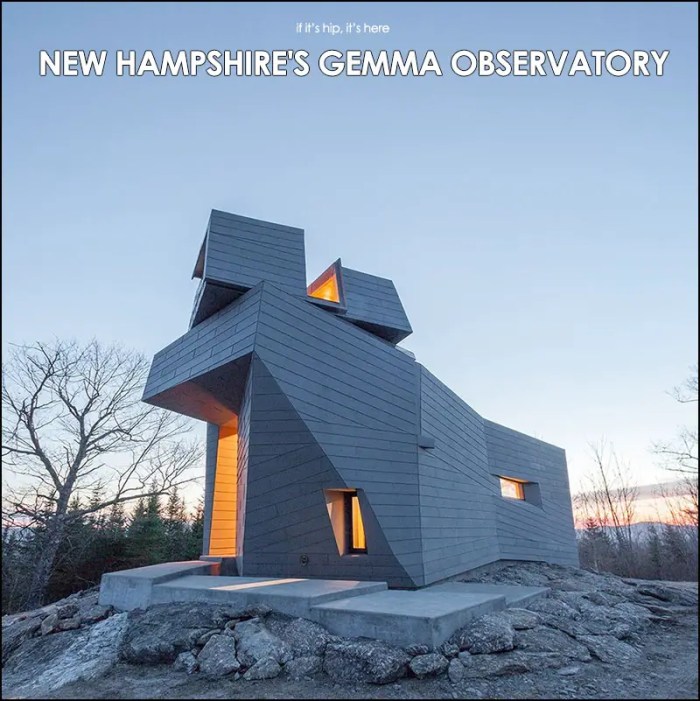 Racking up Architectural awards and honors* is New Hampshire’s Gemma Observatory, a private facility designed by Anhamian Winton Architects. The observatory meets all the requirements for viewing but eschews the traditional dome-style observatory in favor of a stunning architectural form whose design mimics its surroundings while making the most of the space. 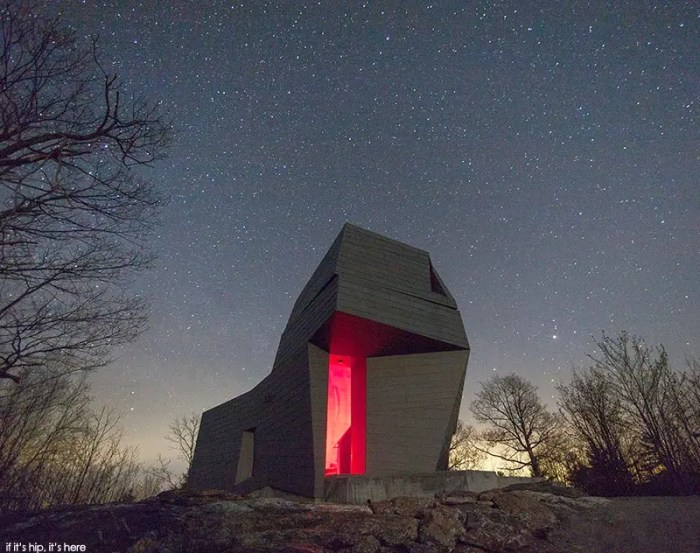 The 1,200 square-foot observatory is sited at the end of a steep, half-mile gravel road on a remote summit. It maximizes usable space and responds to the stark geographic context. Its continuously faceted shape reflects the surrounding landform, and terraced concrete platforms transition between the summit’s bedrock and the building foundation, knitting together natural and man-made landscapes. 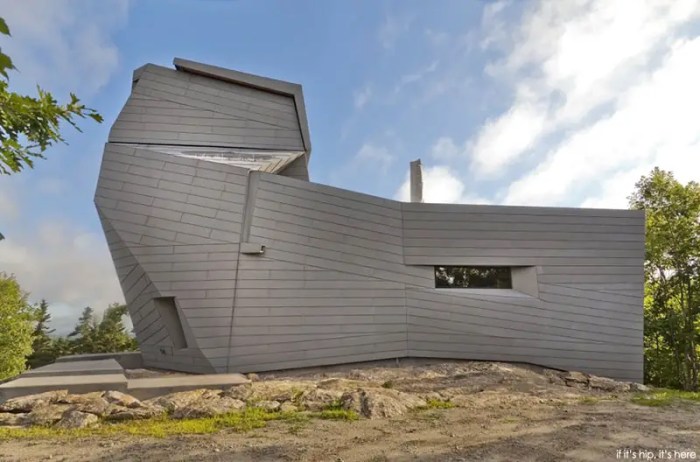 An unconventional pattern of lock-seamed zinc cladding mediates between the irregular site topography and the building’s geometry, reflecting Gemma’s orientation to both geological and celestial landmarks. Its dimension, color, and patina evoke a material relationship to the gray granite outcroppings, while its heat transfer capability facilitates sky observation by minimizing temperature differential distortion. 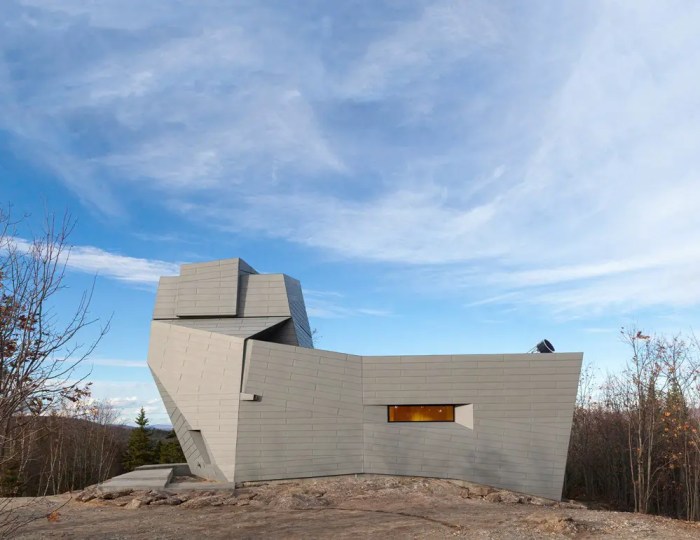 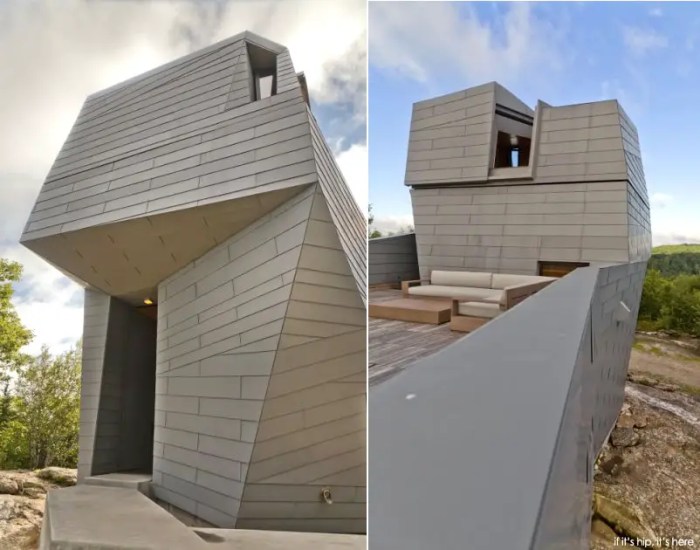 As a counterpoint to the exterior and its context, the interior is lined with fir plywood, creating a haven of refuge and warmth from the harsh surroundings. The first floor is comprised of a research office, sleeping bunk, and warming room, and is super-insulated to prevent interior/exterior temperature differentials from creating heat eddies that would impede astronomical viewing. 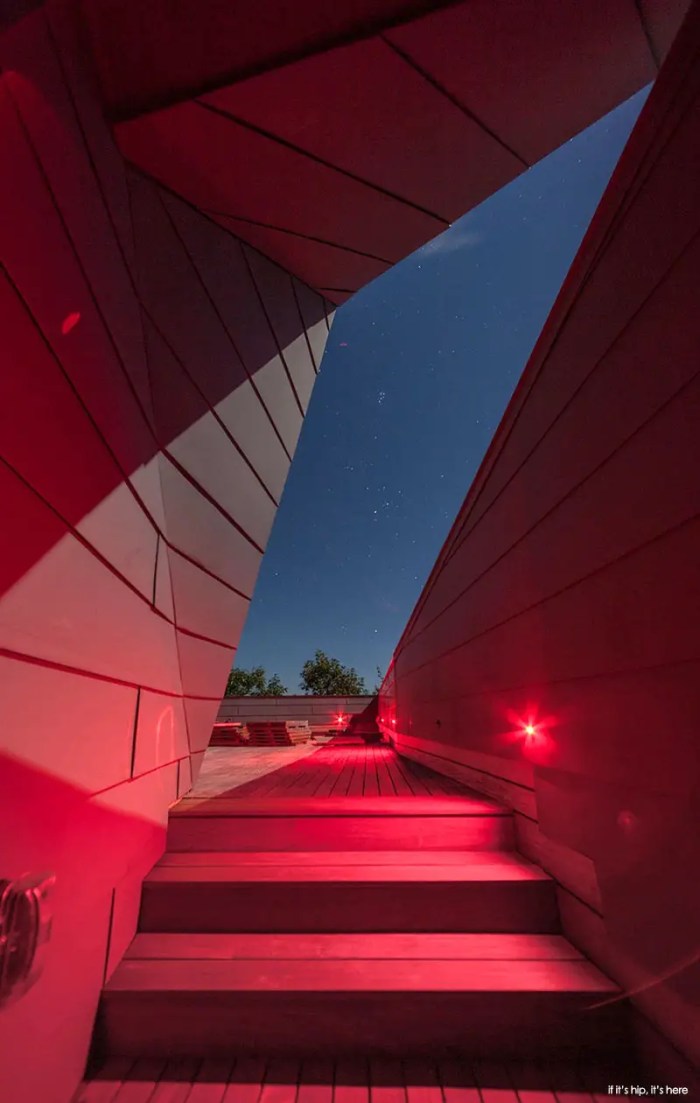 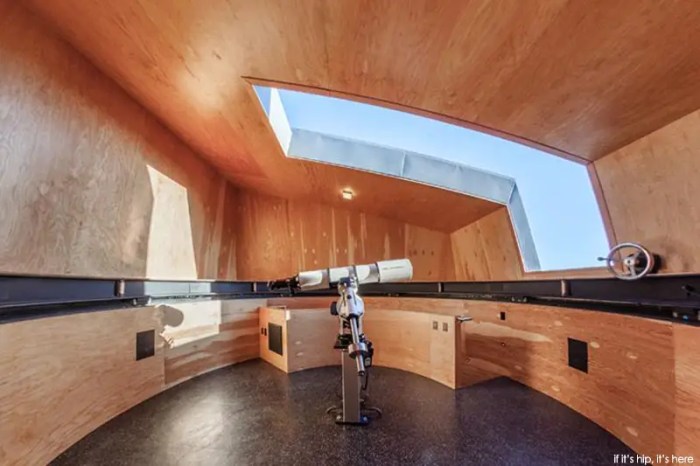 A helical stair leads from the cantilevered entry canopy to a fissure in the cladding that opens onto the exterior observation deck. Continuing, the stair arrives at the observatory’s primary viewing platform inside the faceted turret, its interior characterized by high ceilings, a larger telescope, and a camera array. A single person can rotate this turret by hand with an assembly typically used in high-precision manufacturing facilities, and a hand-cranked sliding hatch opens the telescope to the sky. A rift in the zinc cladding creates a corner window, framing Polaris when the turret is locked into the southern cardinal position. The observatory is sustainable as well. Rather than tapping into the electrical grid, the building draws power from a remote photovoltaic array. The rotating turret and sliding observation hatch, meanwhile, are operated not by motor but by hand, thanks to a system of analog tracks, cranks and gears. 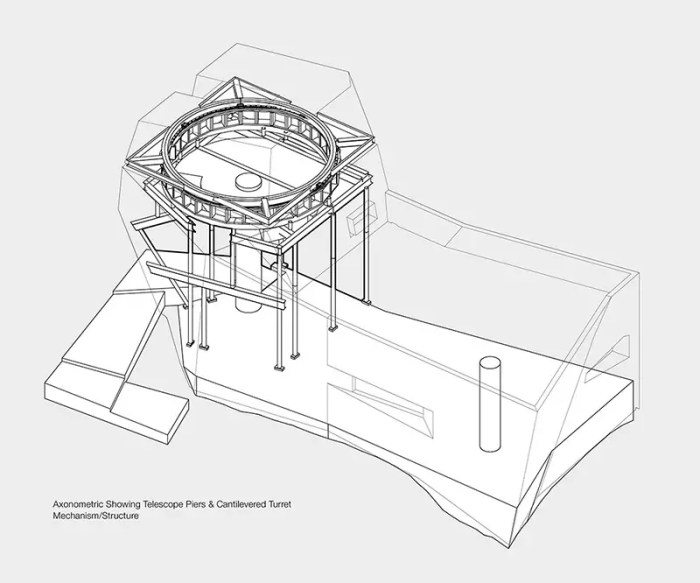 A 3D model was used to coordinate between the steel structure, the foundation and walls, made from Structural Insulated Panels (SIPs). Produced by Foard Panel, the panels were cut in shop, where the best precision can be achieved. Because the building is not square or plumb, placement of the steel and the foundation was particularly difficult. 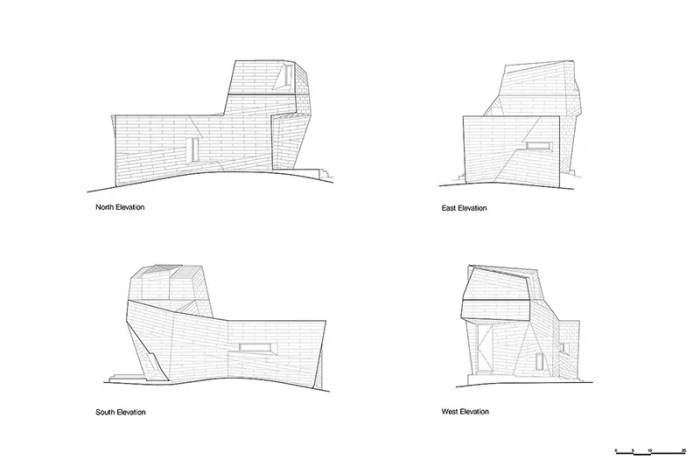 Cladding the SIPs, an unconventional pattern of lock-seamed zinc cladding by VM ZINC further mediates between the irregular site topography and the building’s geometry. Its dimension, colour and patina evoke a material relationship to the grey granite outcroppings, while its heat transfer capability facilitates sky observation by minimizing temperature differential distortion. 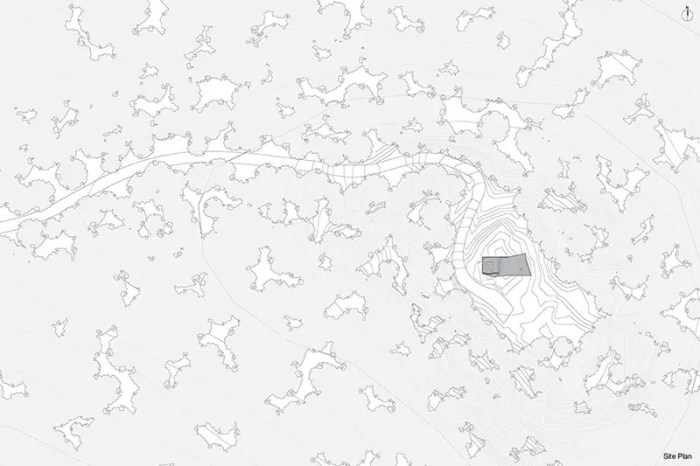 The 1,200 square-foot observatory is sited at the end of a steep, half-mile gravel road on a remote summits. Anmahian Winton Architects of Cambridge, Mass., designed the building.

information and images courtesy of the architect, Archello,VM Zinc

The Safe House In Poland Is A Modern Fortress With Sliding Walls.