` Melvin Sokolsky Bubble Photos - If It's Hip, It's Here
Skip to content Melvin Sokolsky is one of fashion’s most legendary and innovative photographers. Despite an enormous oeuvre of work, he is best known for his 1963 “bubble” series, created for Harper’s Bazaar as a young staff photographer. The images depicted model Simone D’Aillencourt floating within a bubble through the streets of Paris and New York, fashionably dressed, of course. So iconic were his bubble photos that in 2014 Harper’s Bazaar had him shoot another Bubble cover and editorial at age 80. This time with Jennifer Aniston as his muse. Coincidentally the device, which originally was done in camera, before the days of photoshop, takes on new relevance now that we’ve all been living in a bubble due to the Coronavirus Pandemic.

Melvin Sokolsky, born and raised in New York City in 1933, was never formally trained as a photographer. He learned the art of photography through trial and error at a young age using his father’s camera.

Although Sokolsky’s bubble photos have nothing to do with virus prevention, similar inflatable bubbles for people have been used as protection against Covid-19. Instead, Sokolsky’s inspiration is said to have been one of his earliest memories. Sokolsky recalls his father showing him an image of Hieronymus Bosch’s Garden of Earthly Delights, a painting that would impact and influence the young Melvin.

Confined to a bed with a fever as a child, Sokolsky would have recurring dreams of traveling above exotic lands in a spherical bubble, similar to the one depicted in the middle panel of a Garden of Earthly Delights (shown above). Sokolsky says of the metal band around his sphere in an interview “In that painting, there is a plant that looks like a bubble growing out of the water. When you view that detail in the painting, it is obvious my bubble images do not resemble the Bosch detail. Best said the painting was the inspiration for the bubble series.”

At the age of twenty-one he was invited to join the staff of Harper’s Bazaar. Within the next few years he worked as a major contributor to four prestigious magazines: Esquire, McCall’s Newsweek, and Show. His photographs of internationally famous personalities have appeared in many of the major museums and magazines worldwide.

In the 1960s, Sokolsky created two unusual series of photographs that have become iconic in the history of fashion photography. His Bubble and Flying series helped pioneer illusory fashion photography long before the age of digital manipulation took hold.

According to Holden Luntz, Melvin Sokolsky noticed a department store display in which small, acrylic bubbles were suspended with ladies’ handbags and shoes that appeared as if they were floating in space. This display must have triggered his early “bubble” memory. He tracked down the manufactures of the window props and commissioned them to make the massive bubble.

His 1963 photographs depict fashion model Simone D’Aillencourt “floating” in giant clear plastic bubbles suspended in midair above the River Seine in Paris and through the streets of Paris and New York.  All the images were shot in black and white and many have been printed later and in color (hence the II after the title). Prints of either are available at the galleries listed at the end of the article.

The studio was made up of people I trained. If you tried to do the Paris 1963 bubble shoot, it would cost hundreds of thousands of dollars today; not to mention the exorbitant cost of the insurance. We shipped all of the bubble elements and my studio crew Paris.” – Melvin Sokolsky

In 2014, at age 80, Sokolsky was once again photographing bubbles for Harper’s Bazaar magazine’s 2015 Dec/Jan cover and editorial featuring Jennifer Anniston. 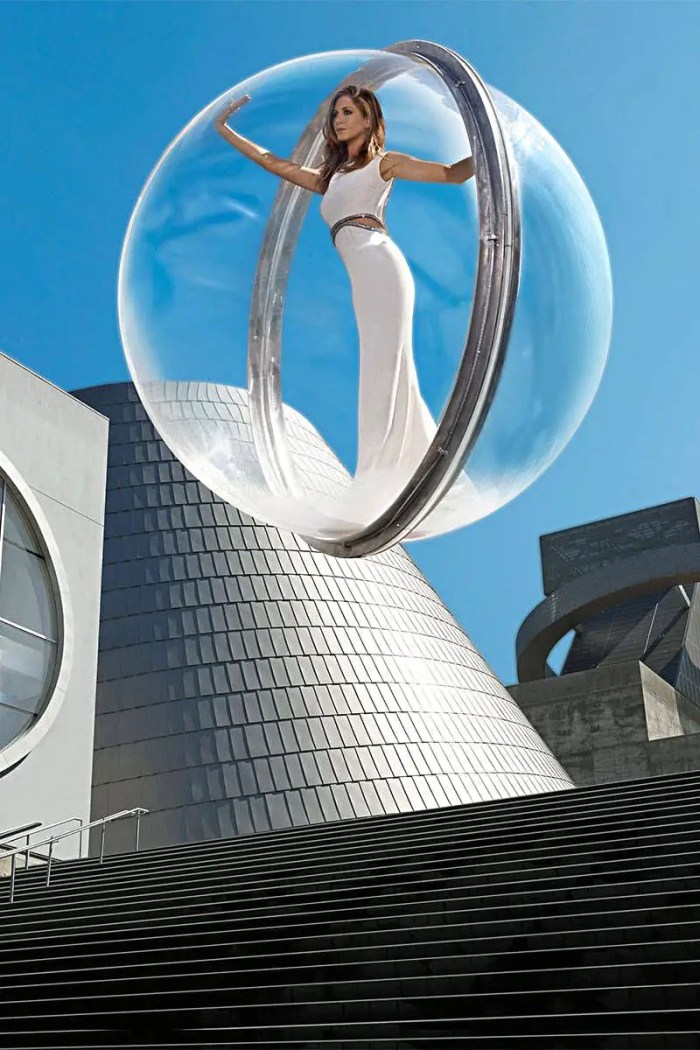 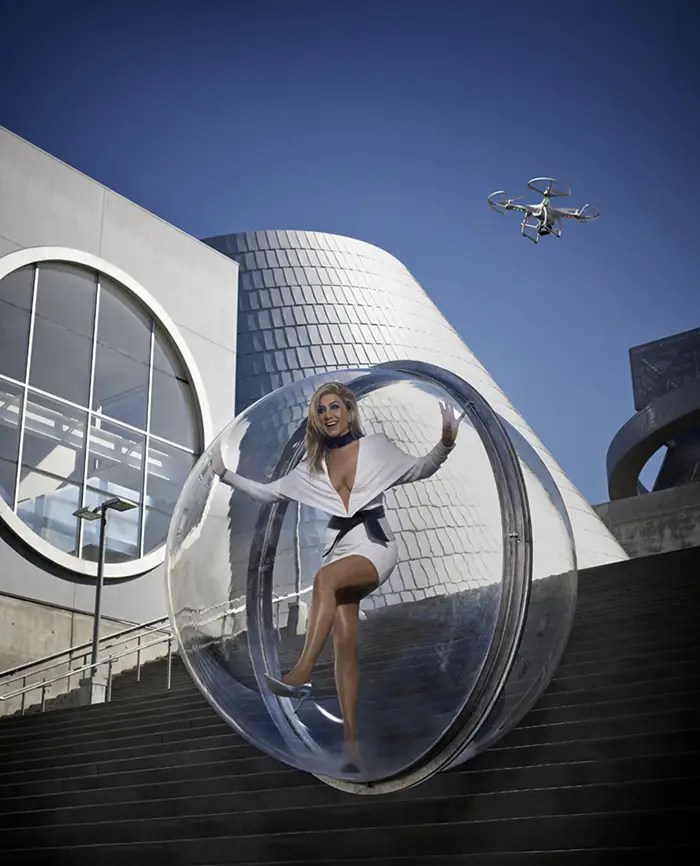 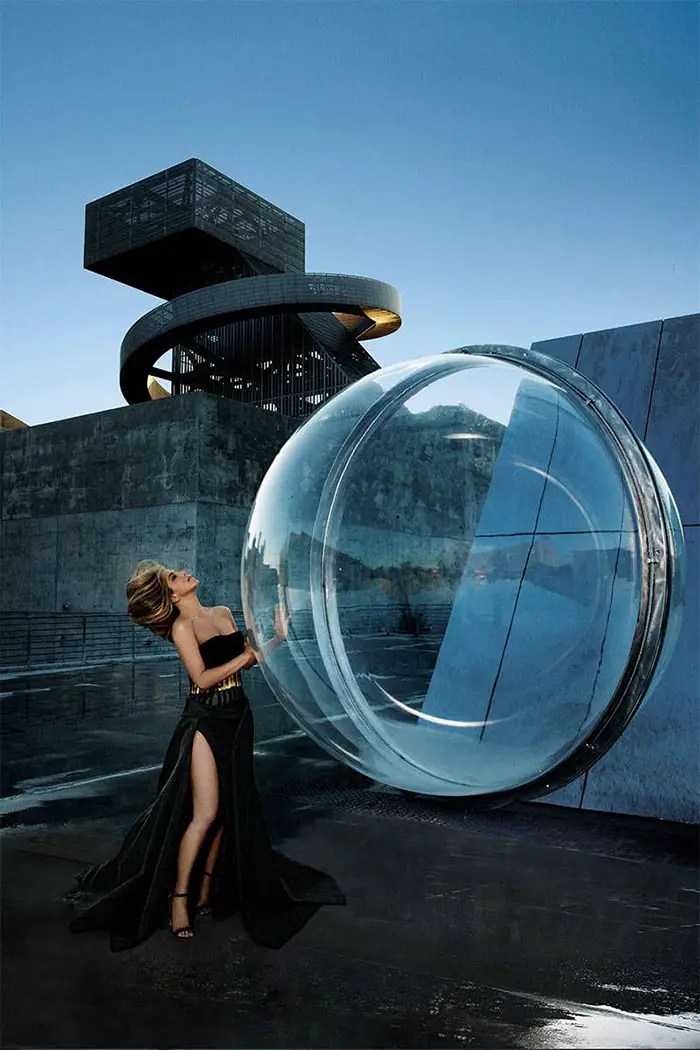 above photos courtesy of Harper’s Bazaar

Books of his Paris 1963 and 1965 photos are available in various limited editions and sold here.