As it is annually, the fashion at the Venice Film Festival (aka La Biennale Cinema 2021) is designed to turn heads and make jaws drop. Plunging necklines and sleek silhouettes by world-renowned fashion houses are wrapped around the striking models, beautiful actors and attractive festival-goers attending the screenings of various international films.

Fashion at the Venice Film Festival

The annual festival has become more than a showcase to promote international film, but a showcase of fashion, both casual and formal, as worn by the attending celebrities over the course of the 11 day event.

Although we are just halfway through the festival which runs through September 11, the beaded sheer Gucci gown worn by Dakota Johnson to the premiere of her film, The Lost Daughter, on Friday night, raised the bar for the remainder of the festival as well as for the ones to come. And it’s attracting more attention than most of the films. 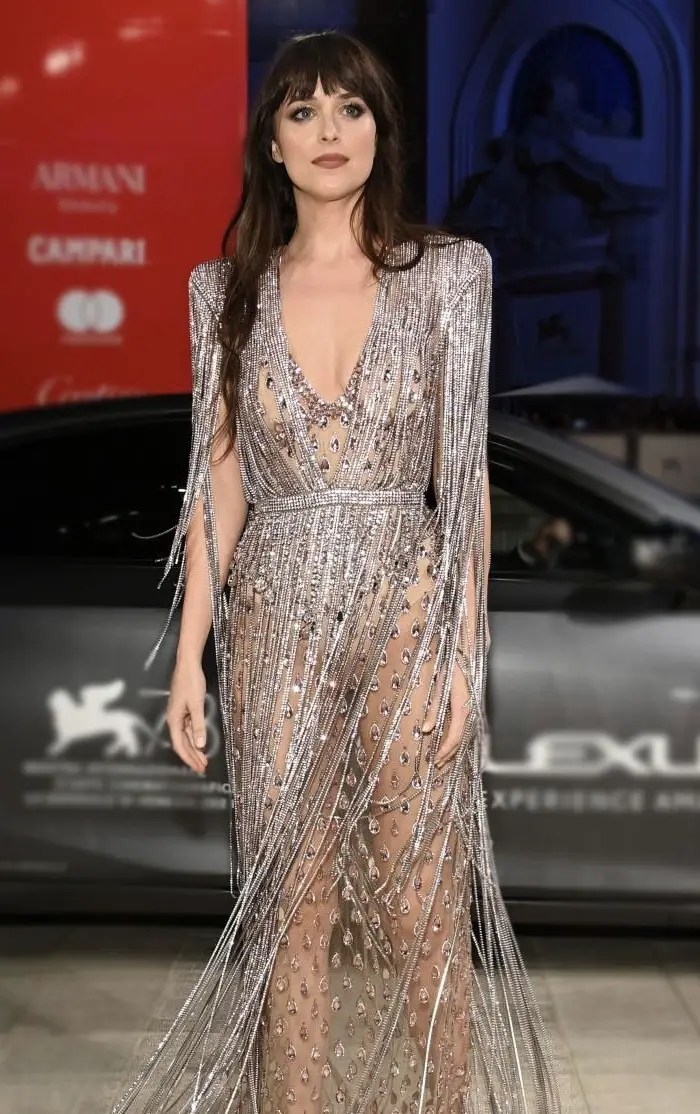 The spectacular silver beaded gown fit the actress like a glove and looked stunning from every angle. Dakota and her Gucci dress, whether still or moving, were commanding attention from everyone. Though we can’t confirm that it was the gown everyone was ogling. 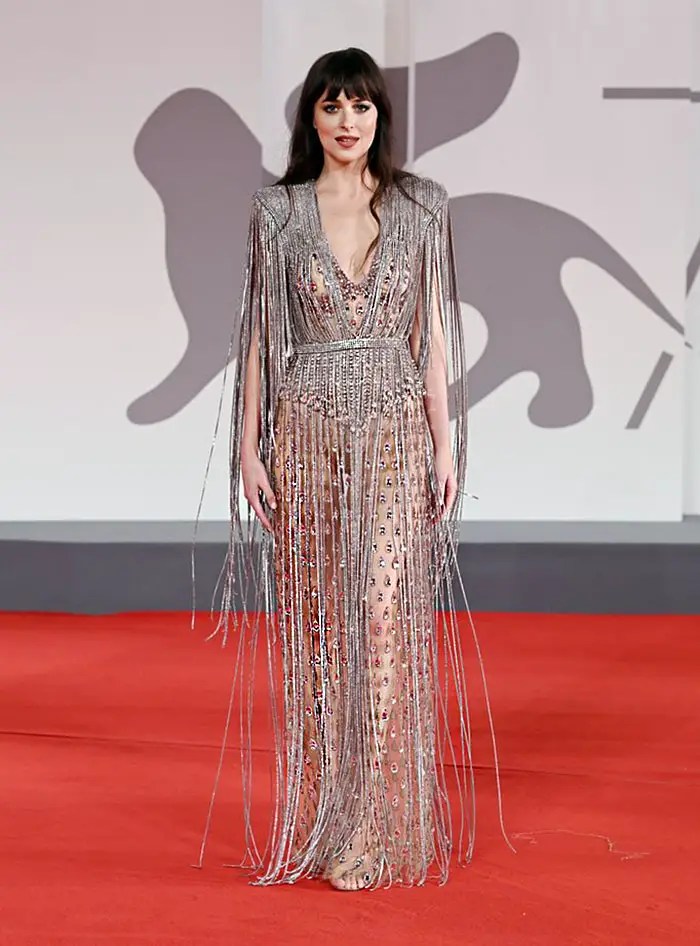 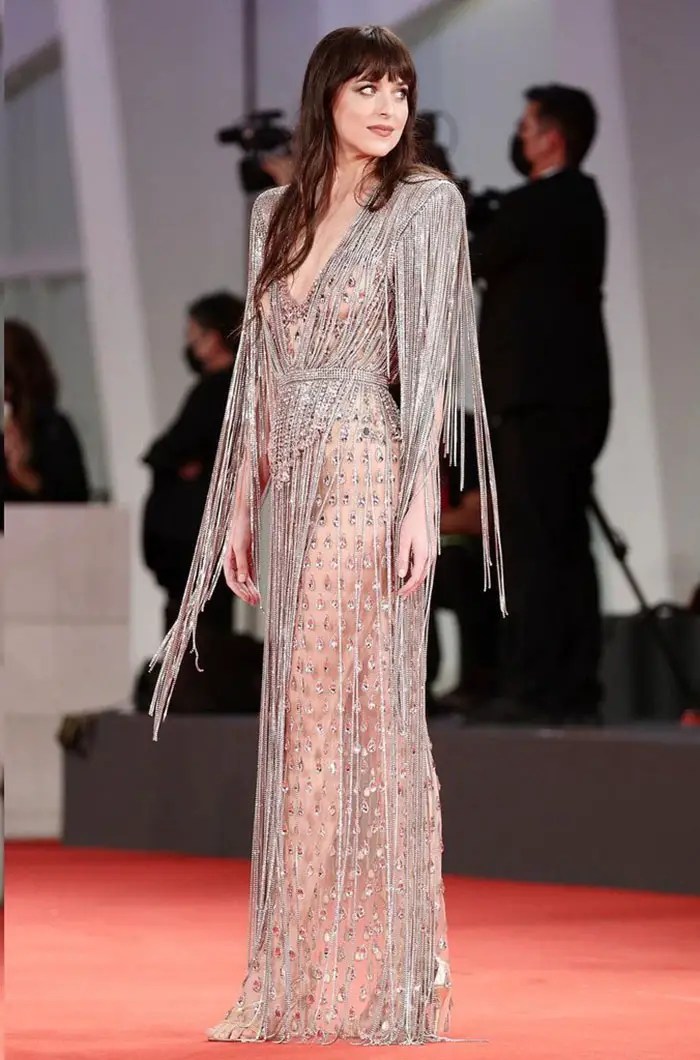 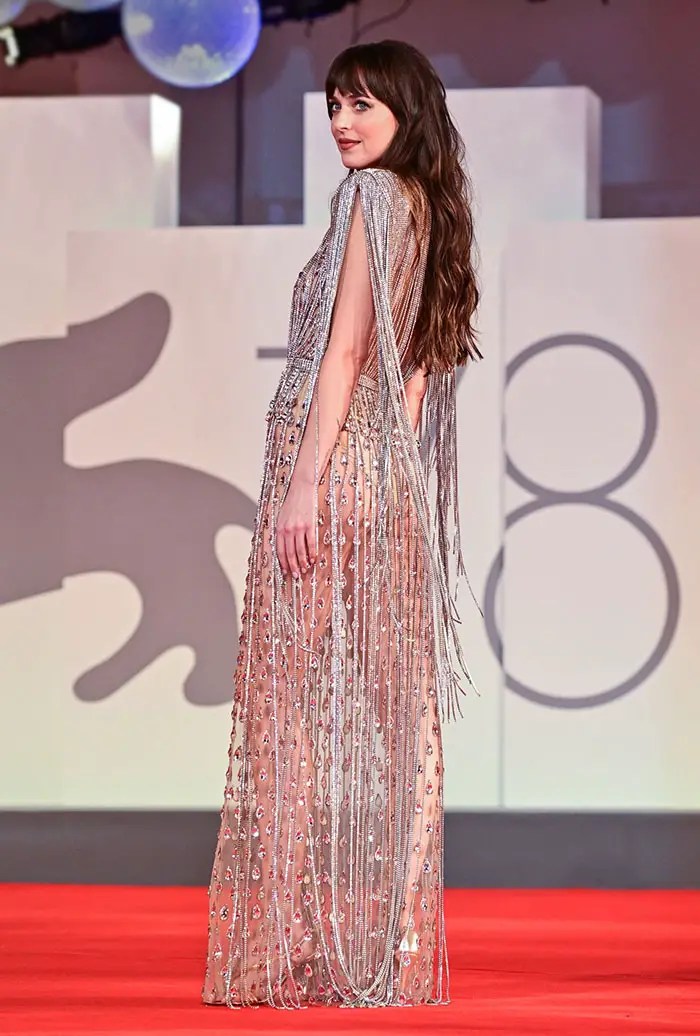 In addition to the destined-to-become-legendary Gucci gown, here are the 25 other fashions we thought worth sharing from the Venice Film Festival thus far. Kristen Stewart, starring as Princess Di in Spencer is also a CHANEL ambassador and did not disappoint. She rocked the CHANEL knit romper and their diaphanous three piece. Last minute addition!
We had to include Kate Hudson looking simply ahhhhmazing in her sexy Mônot gown worn to Saturday night’s Celebration of Women in Cinema at the Venice Film Festival.

all images, unless otherwise noted, courtesy of GETTY images.

Tag, You’re It! Graffiti Is Appearing Everywhere And On Everything.