Art director turned commercial photographer Grace Chon specializes in animals, lifestyle and celebrities with their pets. Grace, who confesses to having dressed her dogs in ridiculous clothes for years, turned into a baby-hat fanatic once she gave birth to her son Jasper. It wasn’t long before she realized that, not only do the hats look cute on her adorable child, but they looked pretty darn sweet on her shy rescue dog Zoey as well.

The first image in the series: 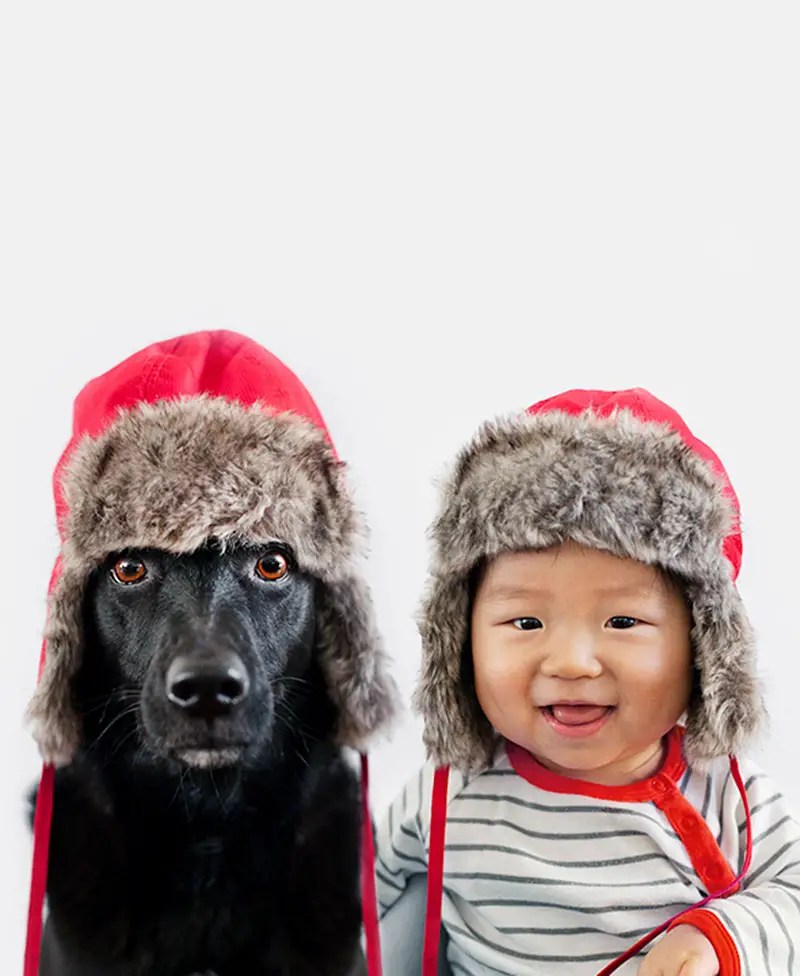 It was her sister who first suggested Grace shoot the the two side by side, donning the hats, in one single shot. And Grace ran with it, creating a series of portraits. The results, as you see here, will make you squeal with delight.

The second image in the series: Zoey, who is fearful and shy by nature, took to the wearing of clothes and posing for the camera, like a fish to water. Jasper, who clearly is a comfortable little ham, makes the perfect portrait partner.

Images three through nine in the series: 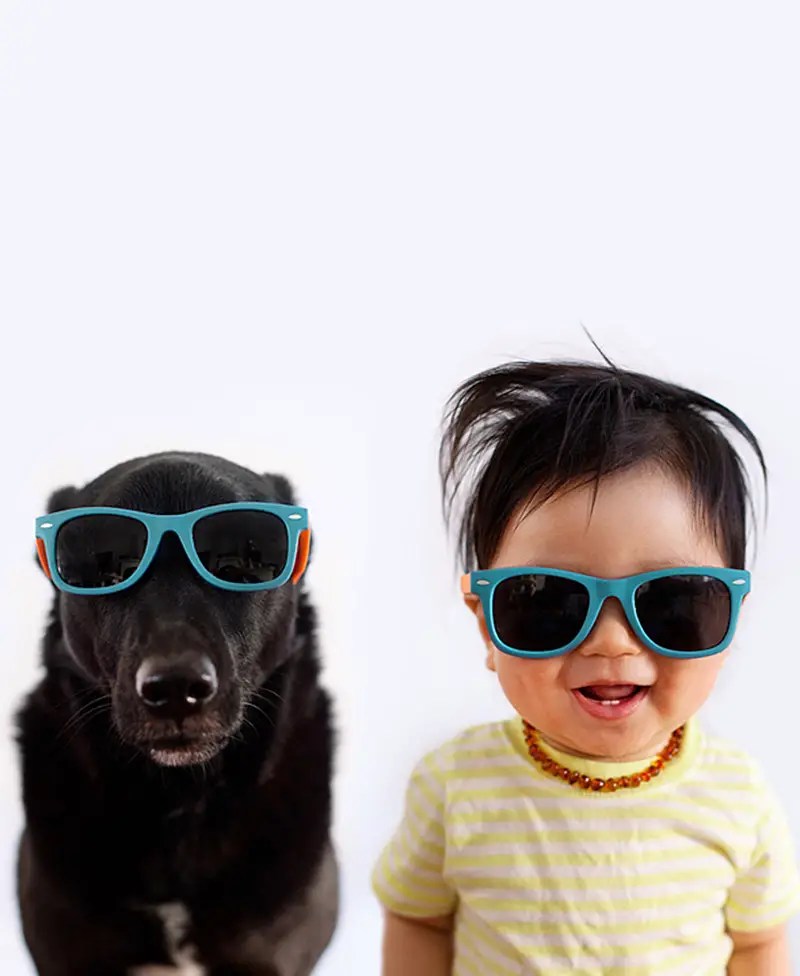 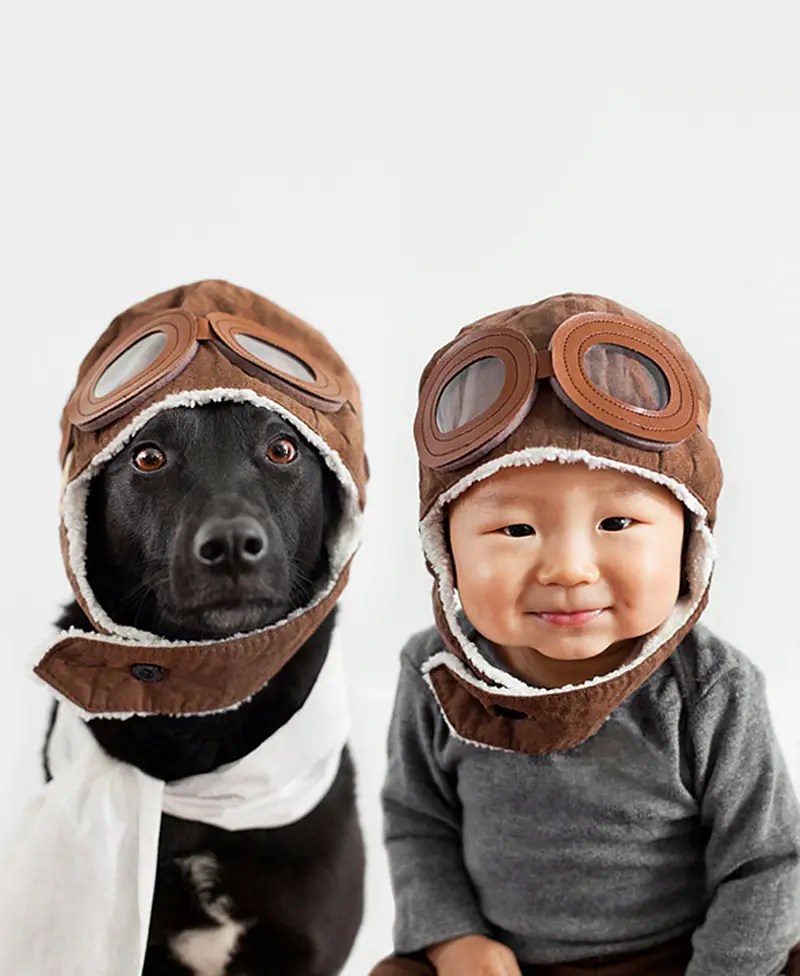 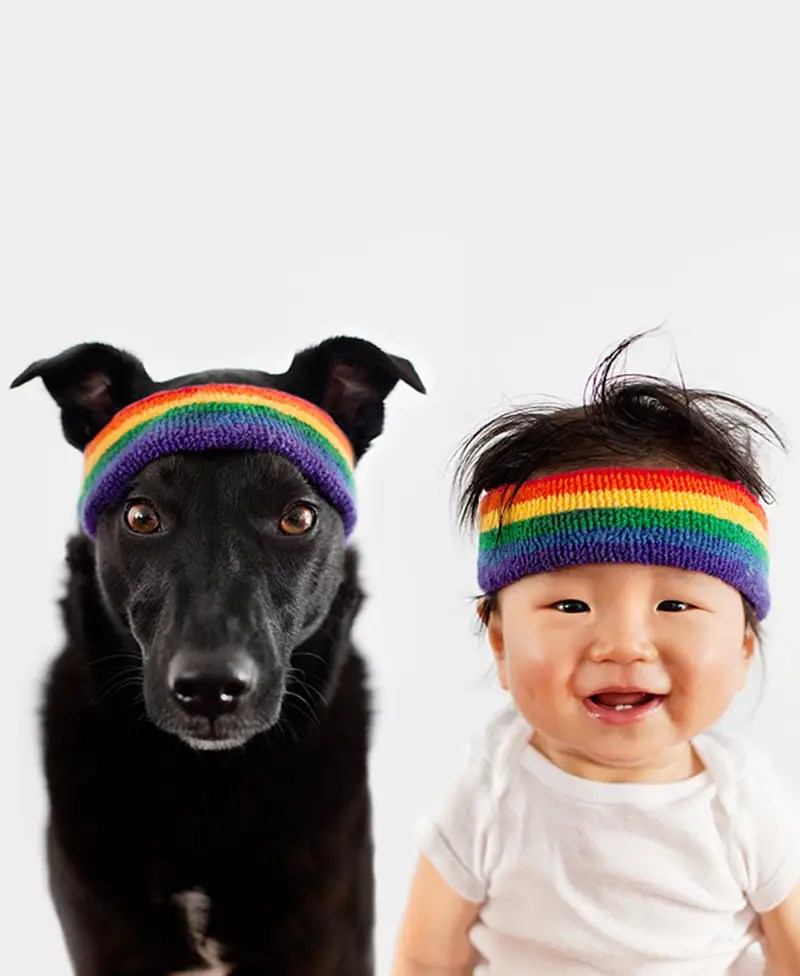 Grace is going to continue to shoot the two of them together as they age and I am looking forward to watching the progression. You should too, here on her tumblr site.

Grace’s photography portfolio is really terrific, be sure not to miss it – below are just three examples: all images courtesy of Grace Chon, who is shown above.

30 Heartwarming Photos of an Unusual Family Pet, a Rescued Magpie.