` Meet The Hanson Family and Their Great-Tasting Sonoma Organic Vodkas. - If It's Hip, It's Here
Skip to content The Hansons hail from Ross, California. Scott Hanson and his wife Judy own the Hanson Art Gallery in Sausalito which has been there for over 30 years. It two of was Scott’s sons, Chris and Brandon, who urged their father to make a spirit out of world-class grapes after noting the success of one of the fastest-growing brands in years- French Vodka Ciroc – a vodka made from Bordeaux grapes instead of the more traditional potato base. 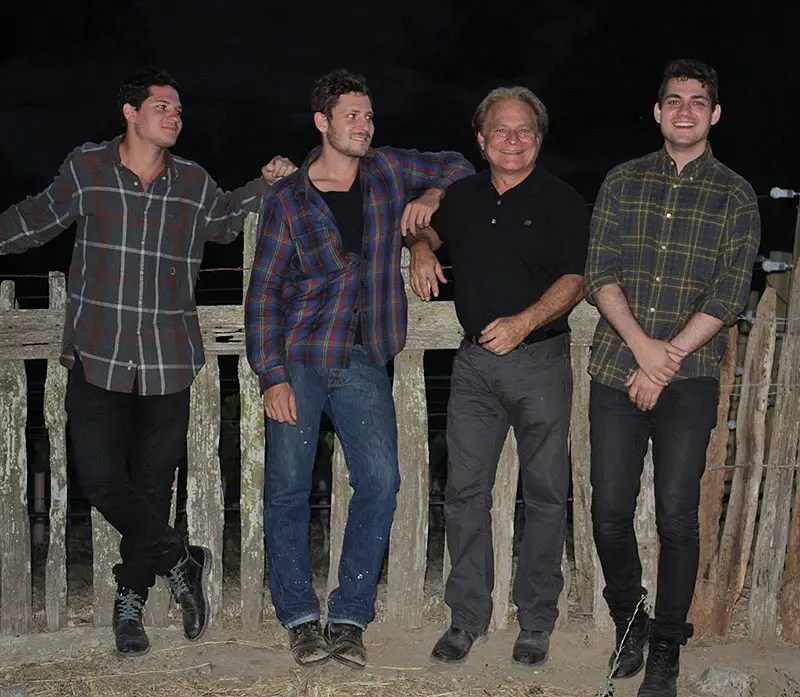 above: Scott Hanson with sons Chris, Brandon and Darren

So they decided to craft a spirit using world-class American grapes. Surrounded by historic, premiere Napa and Sonoma vineyards, the Hansons created their own local, socially conscious, American vodka that met their standards for taste and quality. 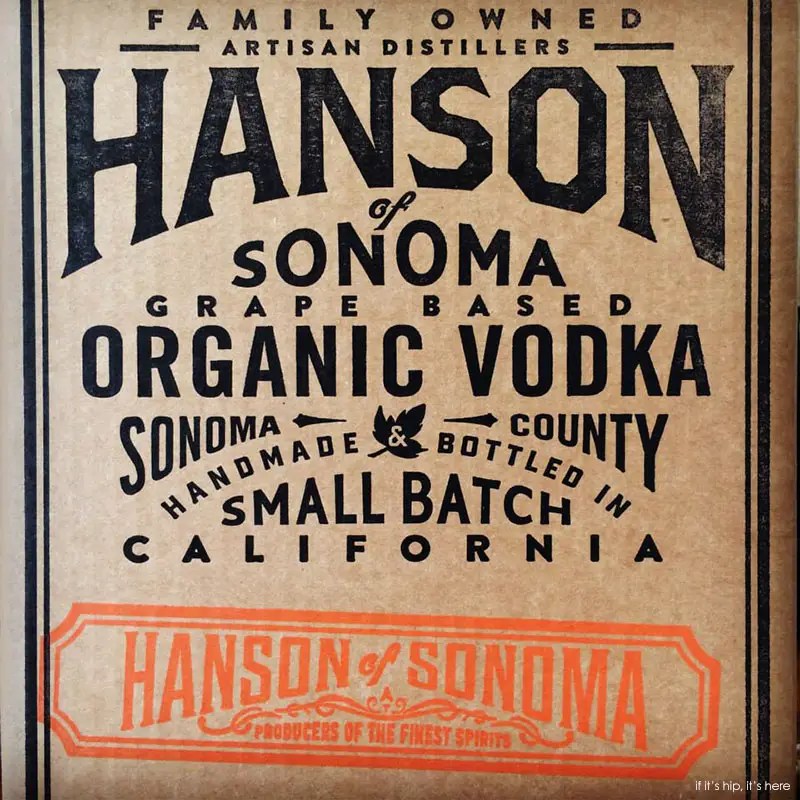 The entire Hanson family: Scott, Judy, Chris, Brandon, Darren and daughter Alanna got involved and Hanson of Sonoma Organic Vodka was born. They worked closely with California Certified Organic Farmers, The Gluten Intolerance Group, the Non-GMO Project and 1% for the Planet to ensure the quality of the grapes, ingredients, their facility and business practices. above: Chris, Brandon and Darren Hanson in the distillery

The brand rolled out just last October (the official launch was in late June at San Francisco’s famed Tosca Cafe) and has already garnered several honors and accolades. 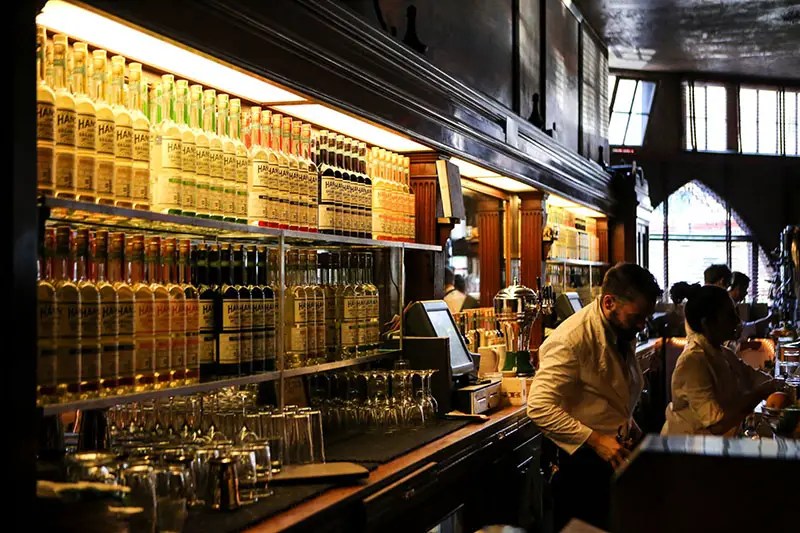 above: the official launch at San Francisco’s Tosca Cafe

Hanson Sonoma Organic Vodka has won two gold medals and two silver medals in the Vodka Masters competition in London as well as two platinum medals, including best vodka of show, at the Spirits International Prestige awards in 2013. This year it won the San Francisco World Spirits competition, and two bronze and one gold from the American Distilling Institute in Seattle. They batch distill their vodka in a pot and column that uses 50 distillation plates making it one of the largest plate column stills in the USA. They start with Sonoma Valley Artisan well water and filter it using their proprietary seven stage system to manage the PHU levels and minerals for optimum taste. This produces an extremely pure and clean vodka with a smooth and lasting finish. 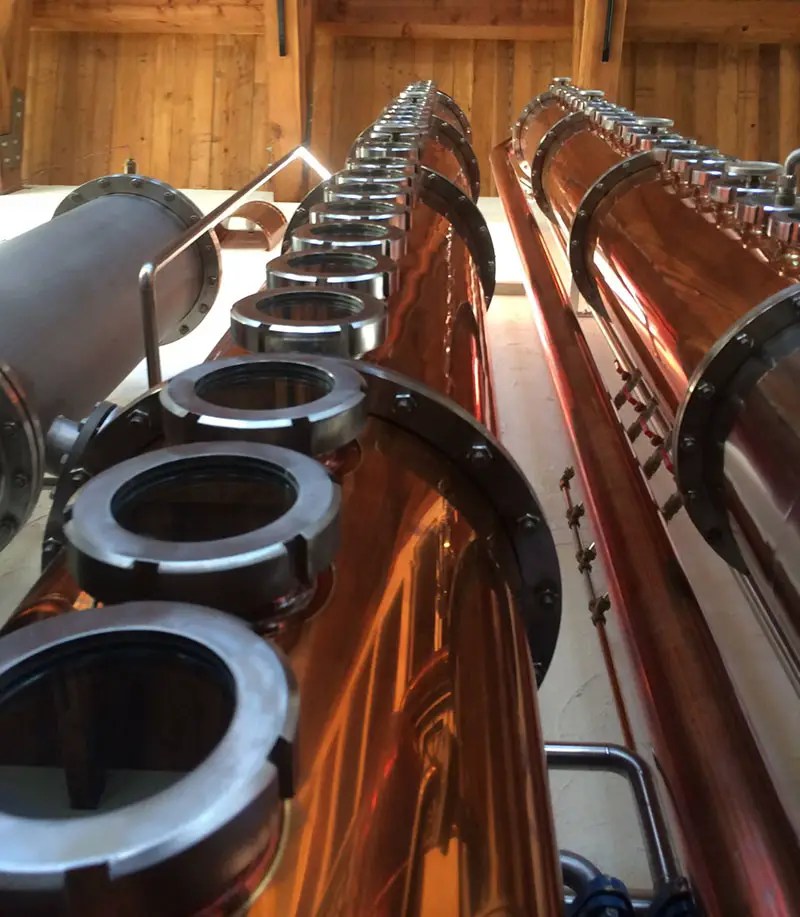 above: The 50 plate column still used by the Hansons is one of the largest in the US

Using the freshest seasonal organic produce available in their distilled spirits, their infused vodkas contain no artificial flavorings, syrups or concentrates. To ensure the quality of their distinguished spirits, the family is personally involved in every step of the process; from distillation, fruit infusions, filtration, bottling, hand labeling, to sales. Each bottle is hand-stamped, numbered, signed and approved by a Hanson family member. 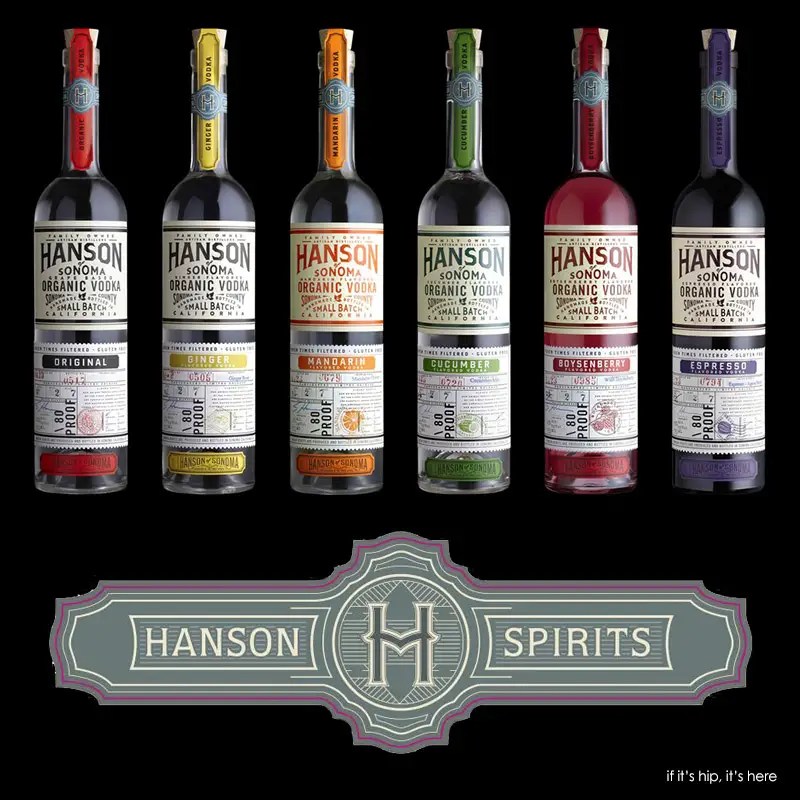 above: Each bottle is hand-stamped, numbered, signed and approved by a Hanson family member.

The Hansons are in the process of building a new distillery in Sonoma off Highway 121 on Burndale Road. The distillery, which they plan to open in  November, will offer both tastings and tours.

The new distillery building in progress: Hang tags on the bottles double as tickets to admission for a winery tour: 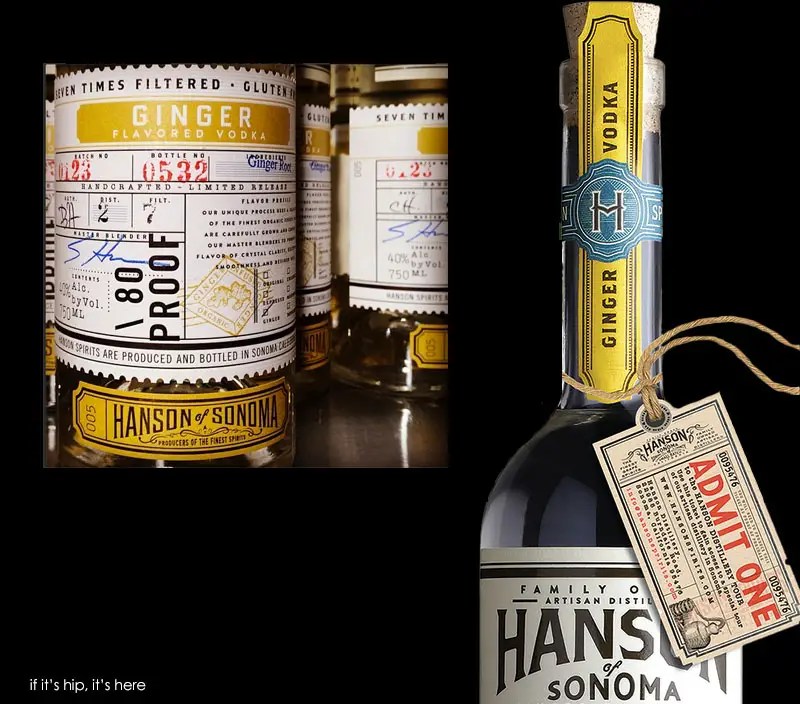 Hanson Vodkas are available at BevMo, Mollie Stones, some Whole Foods and at Ludwigs Fine Wine & Spirits in San Anselmo. Prices range between $32 and $40. Can Imbibing Save The Planet? 10 New Green Vodkas

Renault Suite No. 4 is a Hotel Room on Wheels.