` Meet Angela Clayton, An Impressive 16 Year Old Who Has Cosplay All Sewn Up. - If It's Hip, It's Here
Skip to content 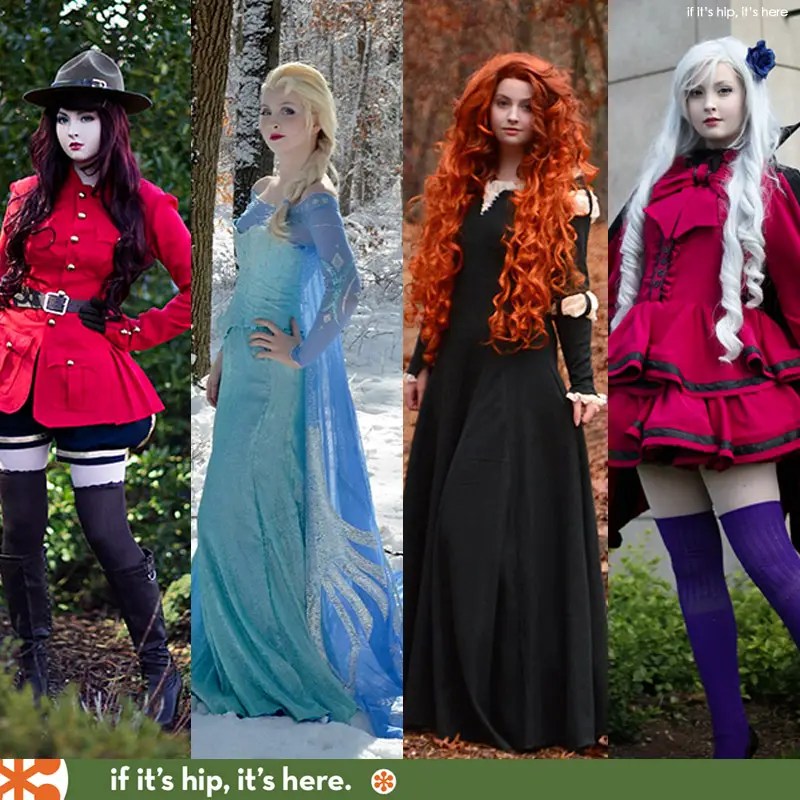 16 year old Angela Clayton is blowing away the world of Cosplay with her impressive costume-making skills. After having designed, dressed and styled herself at Frozen’s Queen Elsa (complete with photo shoot in a snowy forest), she’s being cited as ‘having raised the bar’ by sci-fi and Cosplay fans alike. 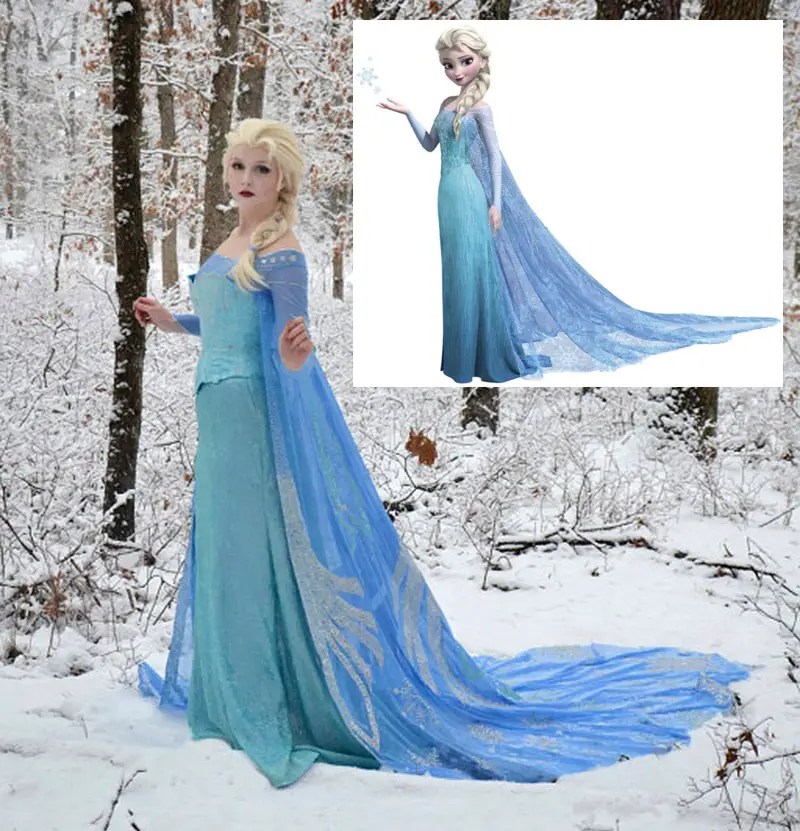 above: Angela as Disney’s Queen Elsa from Frozen in her own costume, makeup and styling. The cape alone took her 170+ hours to create.

Having read about her Queen Elsa costume, I was intrigued and looked into the talented designer and seamstress. I couldn’t believe what I saw – an uncanny dedication and skill for someone so young. 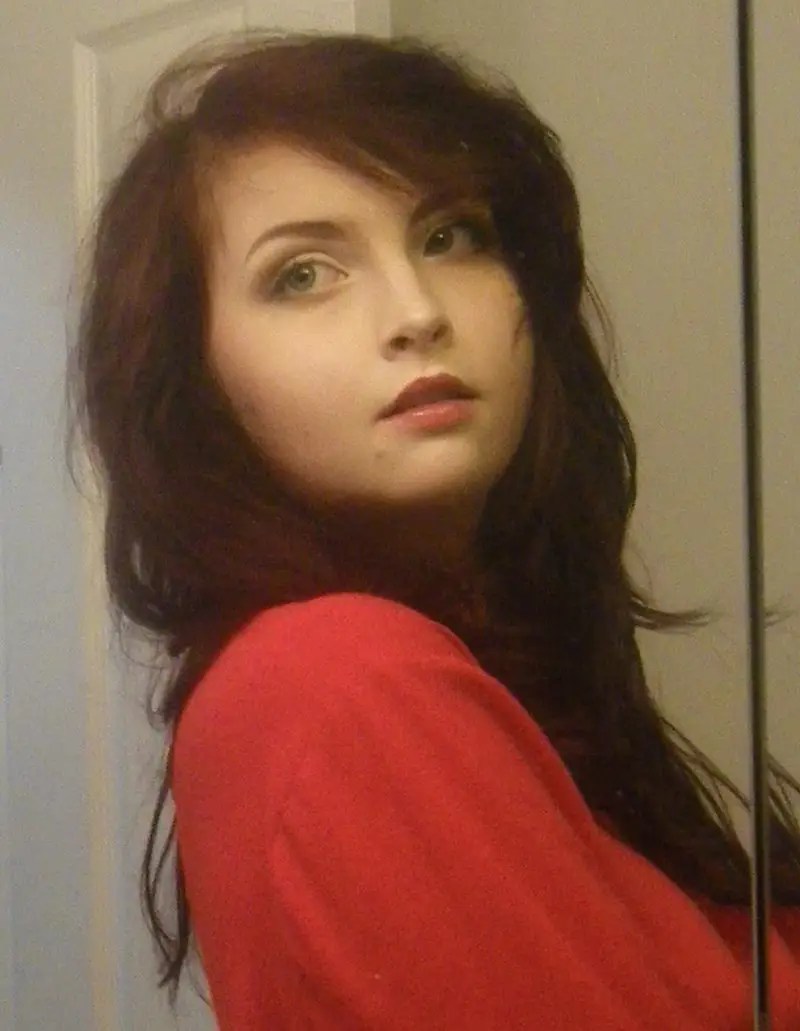 above: Angela Clayton as herself (photo courtesy of facebook)

The 16 year old, who recently graduated high school and is presently preparing her portfolio, was born in Phoenix and now lives in Long Island. She was home schooled (with a few classes at Suffolk County Community College) and has only been sewing for two years. She is almost entirely self-taught, with a little help from the internet. 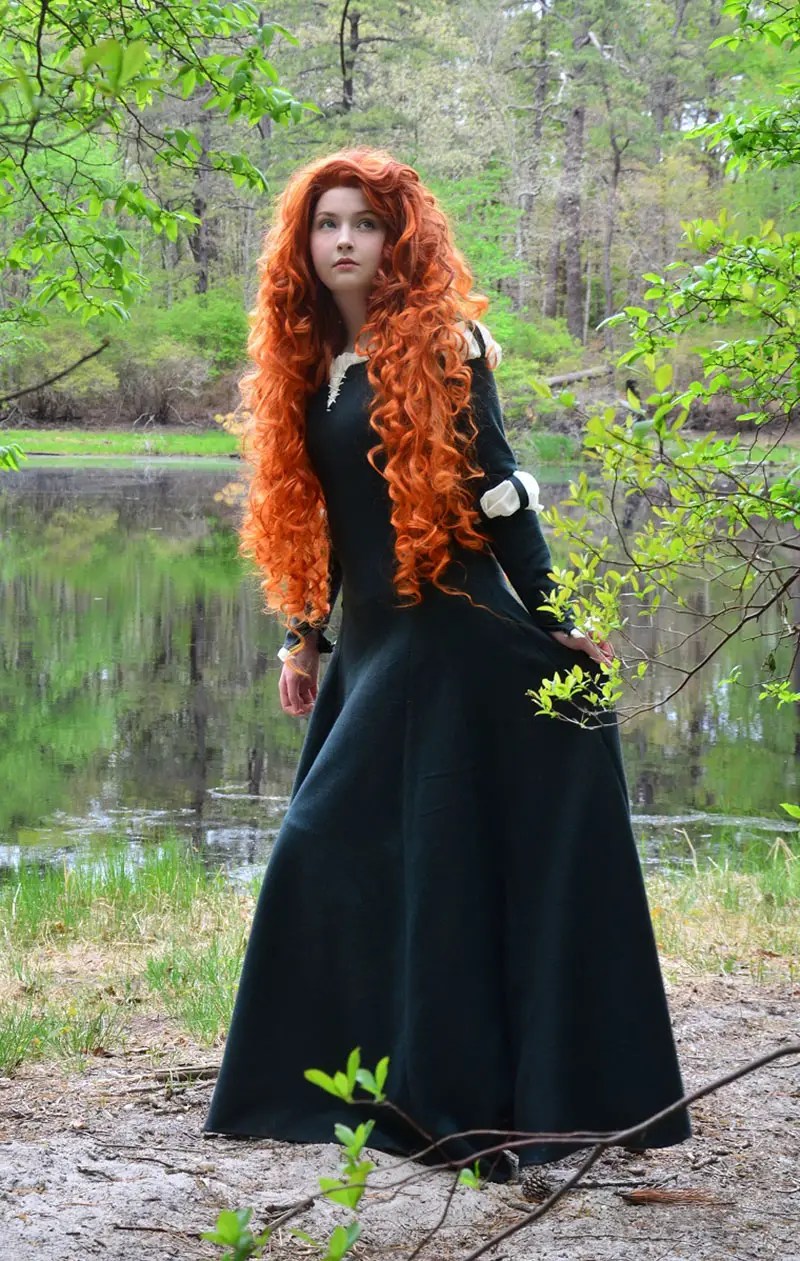 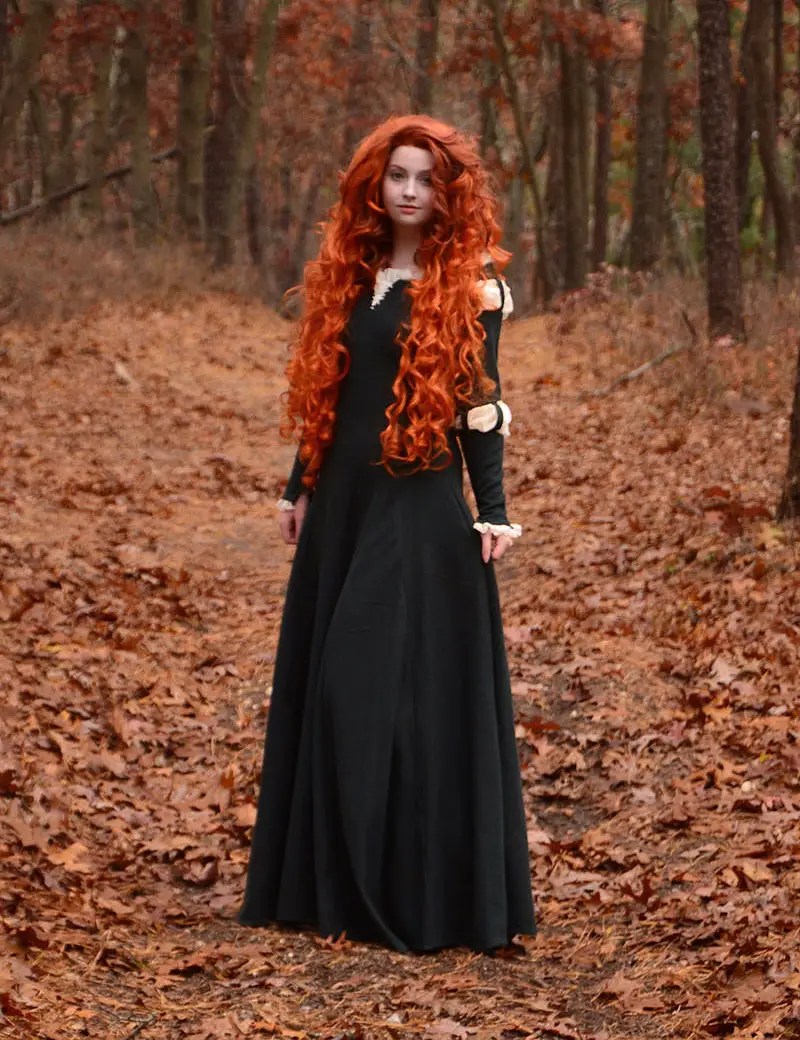 above: Angela as Merida from Disney’s Brave

She began cosplaying in 2010 and a year later started to make her own costumes. Her historical, Disney, anime and Japanese illustrator Sakizo -inspired character costume designs are as impressive looking as they are time-consuming to make. 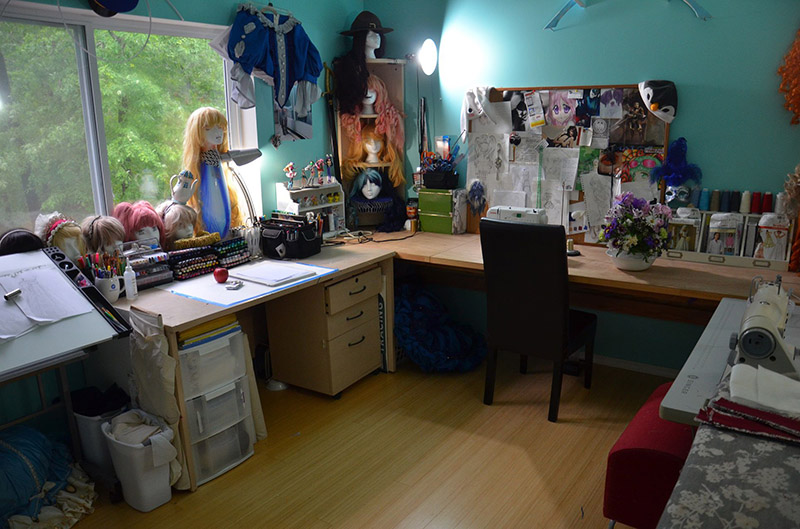 It doesn’t hurt that she, herself, has porcelain skin, giant eyes and a perfect pout, much like a human version of a doll or an anime character: Angela says says “I started sewing when i became interested in cosplay, since it combined my love of creating, makeup, photography and dressing up perfectly. Though I have a few more cosplays planned for 2014, I’m no longer attending conventions.” 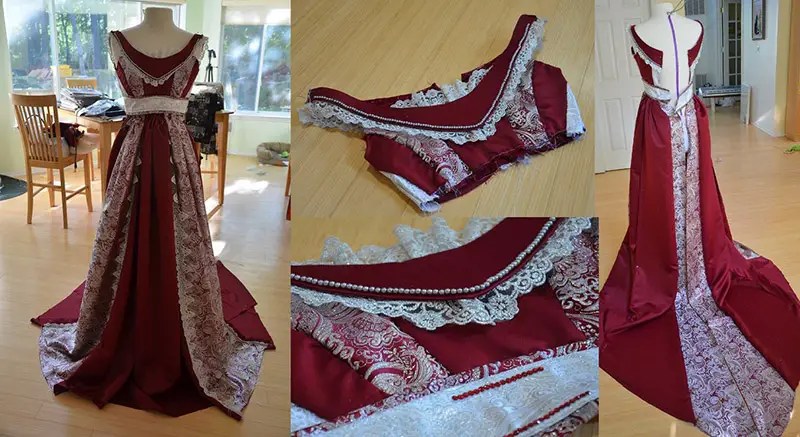 above: In addition to being inspired by Anime and Disney characters, some of Angela’s costumes are from her own sketches

She is delving into historical fashions more and more. At present she is working on creating a portfolio for future college as well as filling out internship applications. Throughout the year of 2014, she will be working on designing and creating two mini collections, each consisting of five or six looks.

Here are several images of her dressed in various costumes, all created, sewn and styled by herself. Even some of the wigs were made by Angela.

Angela in a red Renaissance gown: 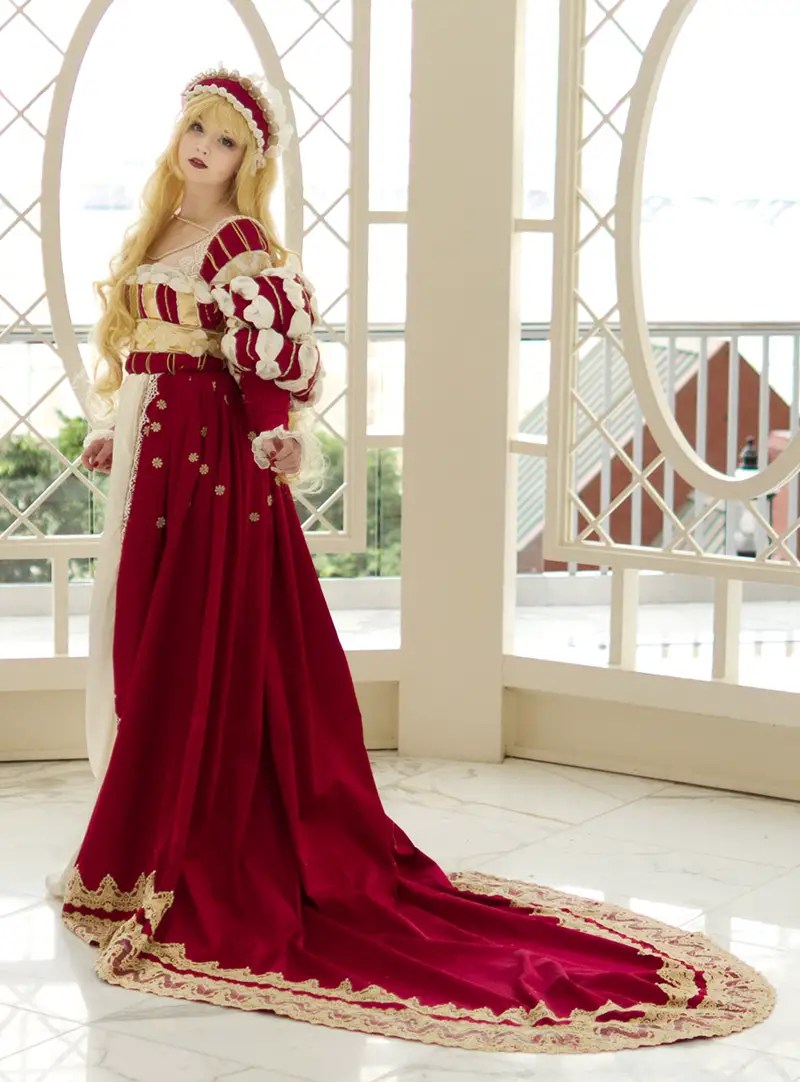 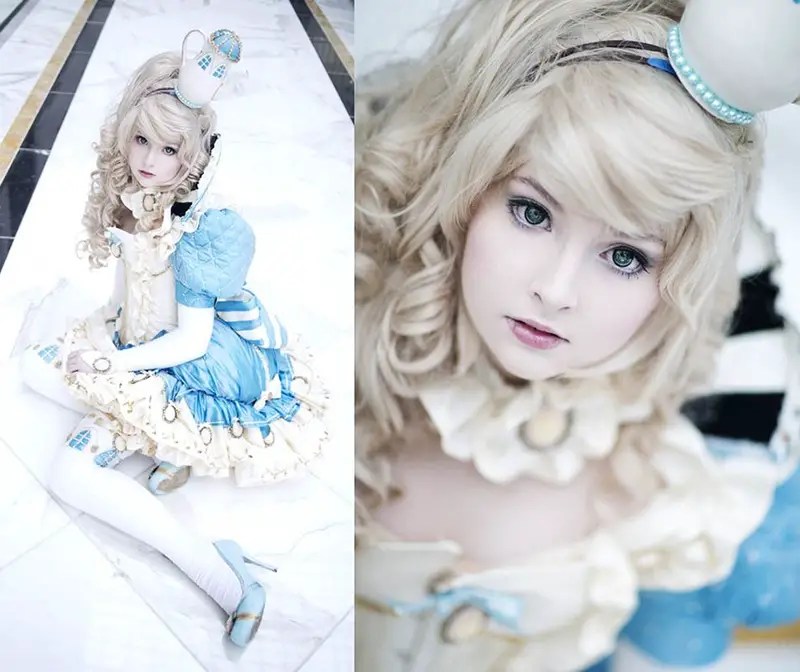 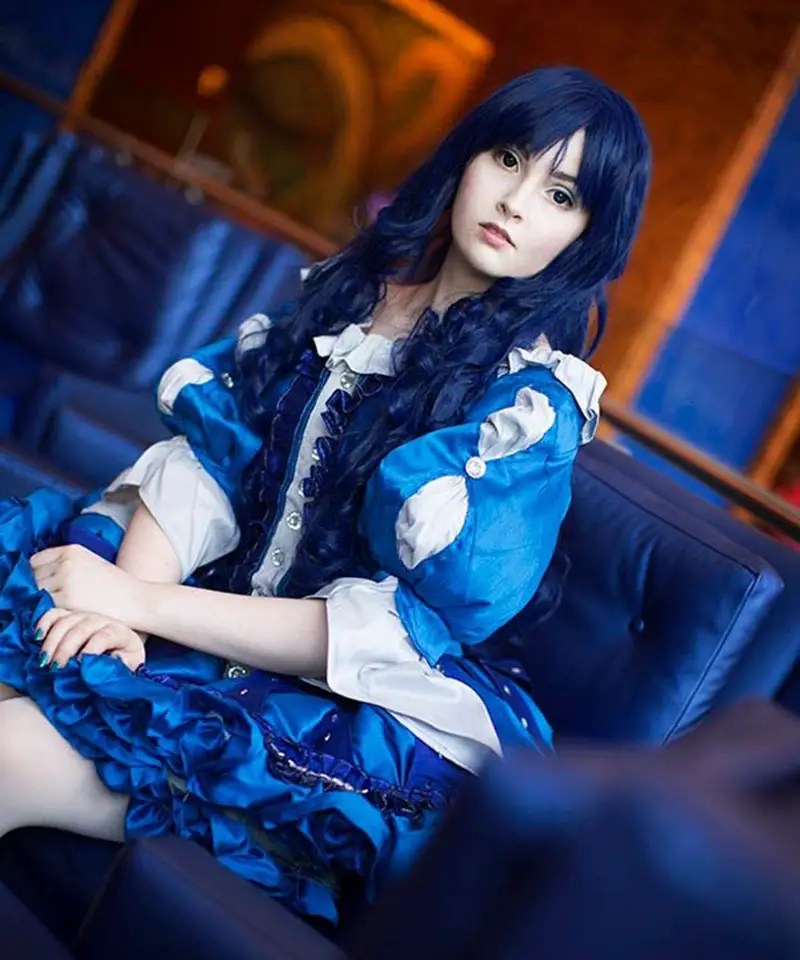 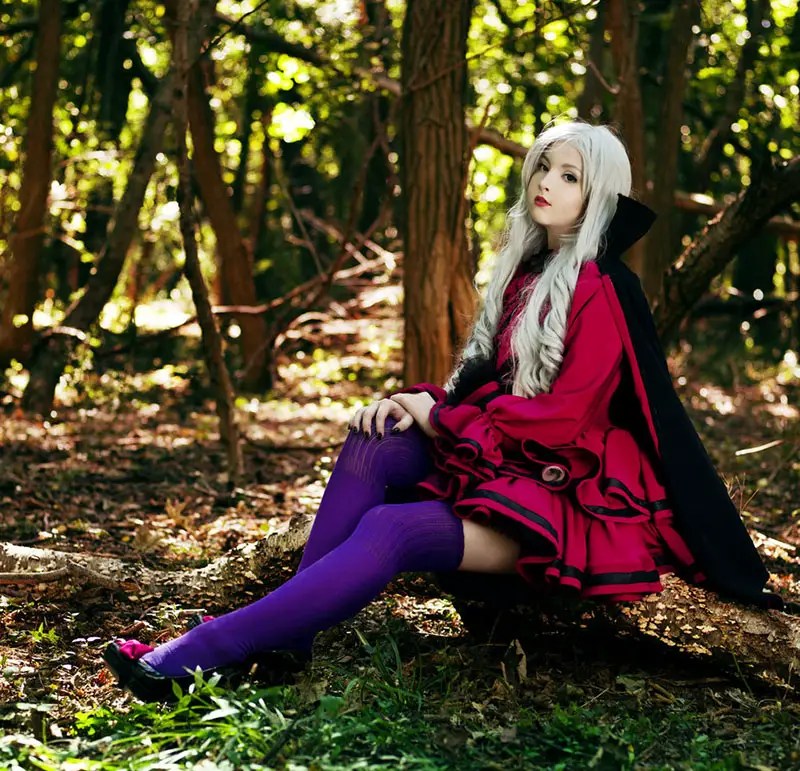 Angela as a Christmas Queen: Angela as a female fighter: •Her blog includes detailed information about the making of her costumes.

•For detailed information and pics as to how she created the replica gown from Frozen (above), go here

Her work is amazing for someone so young. She has a bright future ahead of her and I wish her all the best.

The 7 New Illustrated Harry Potter Covers Work As One

A Global Triptych by Saype for Earth Day 2022