` Porcelain Painted Cars by Artist Ma June - If It's Hip, It's Here
Skip to content 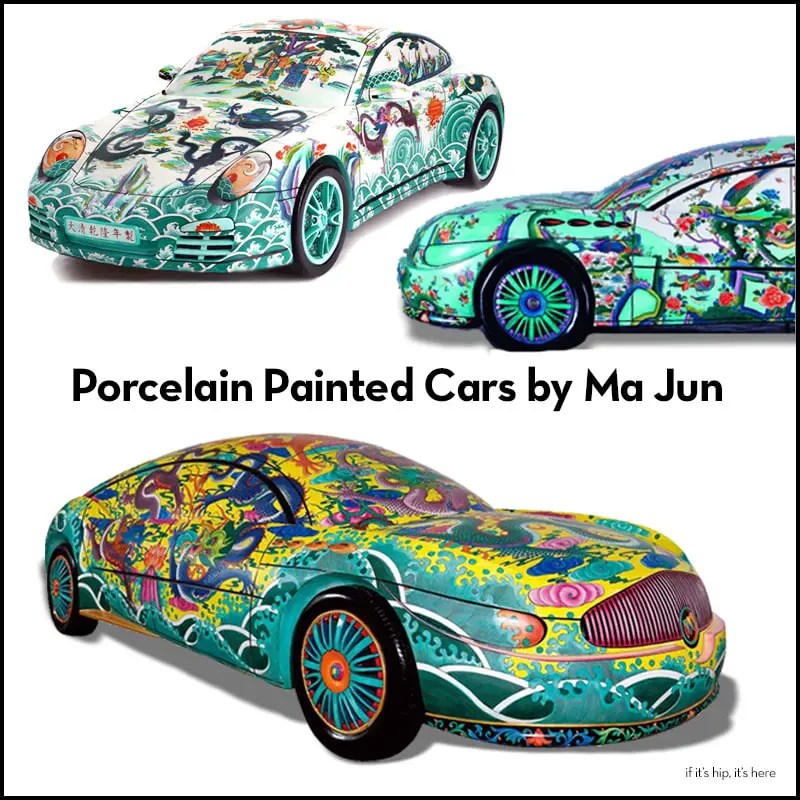 Painted with oil paints atop their fiberglass finishes, Contemporary Chinese artist Ma Jun has transformed a Porsche, a Buick and another sedan into modern versions of classic Chinese porcelain objects. 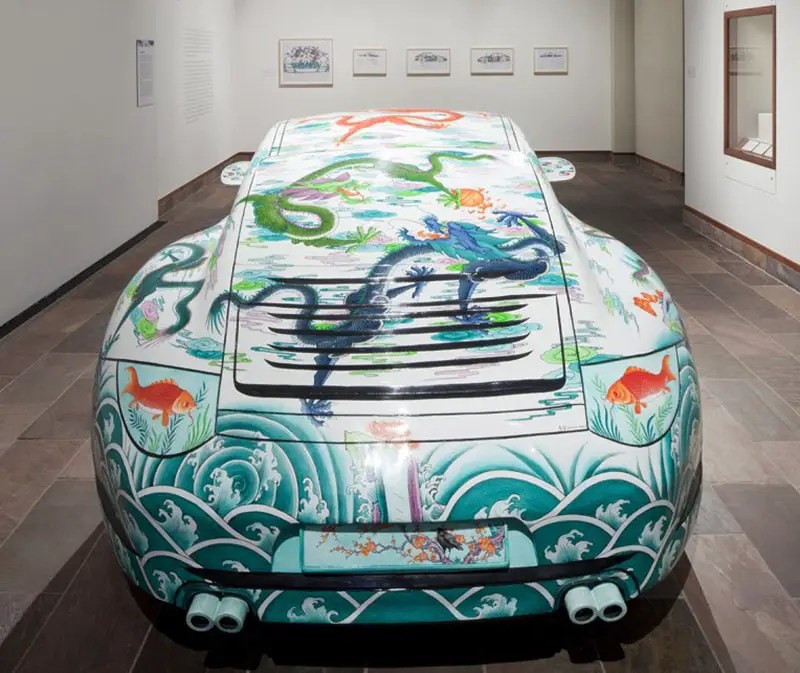 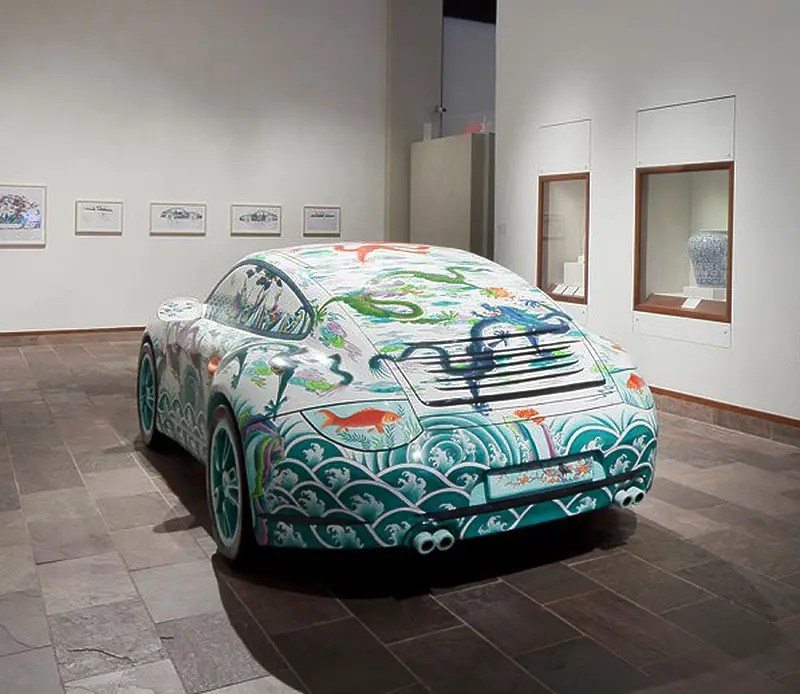 “Whereas porcelain presents a static beauty, the car represents speed and force,” says atrtist Ma Jun. “When speed is solidified in porcelain, it thus constitutes a conflict of beauty.” 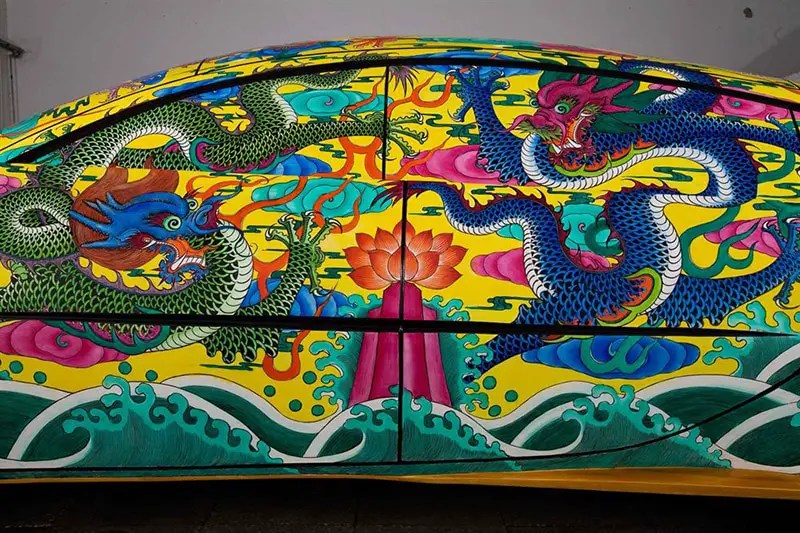 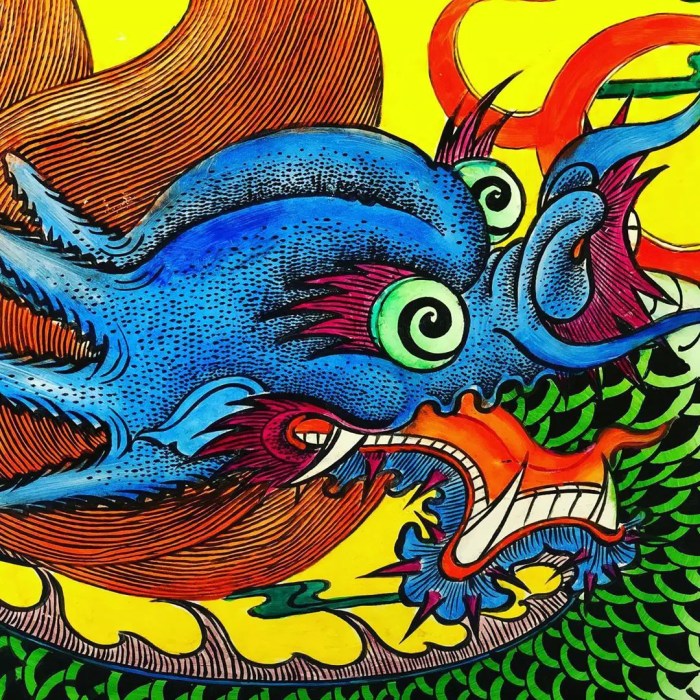 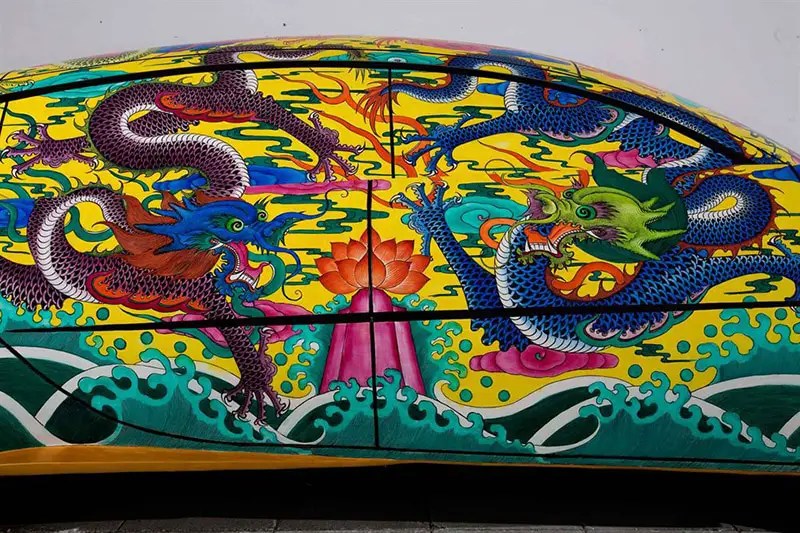 In addition to the three painted cars, Ma Jun has created many smaller sculpted versions of porcelain cars for his New China and Pop China series. Below are a few examples. 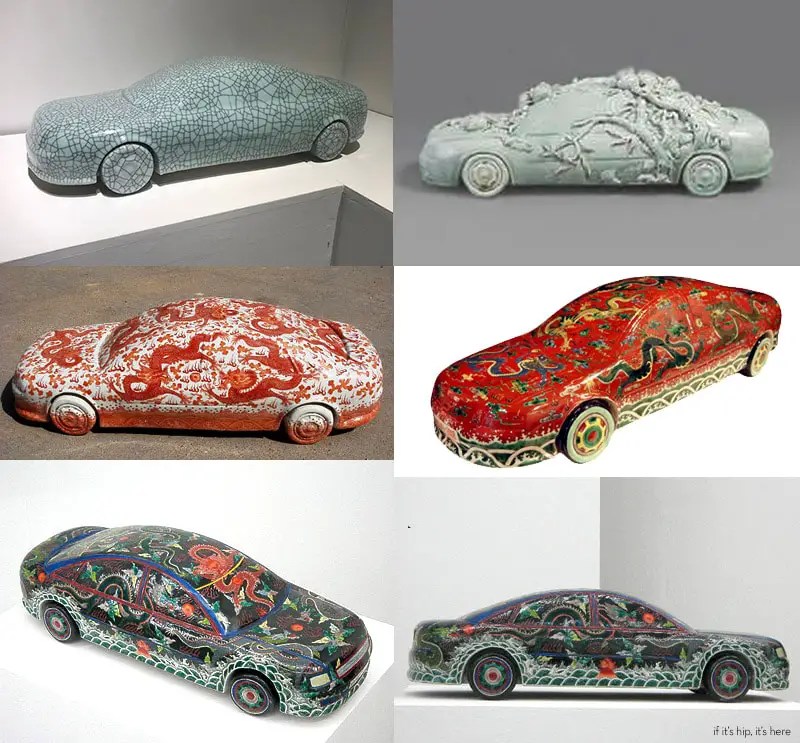 Ma was born on February 28, 1974 in Qingdao, Shandong Province into a military family. His father eventually retired from the army and became a banker, while his mother and sister practiced accounting. It was Ma’s neighbors, who were the musicians, poets and artists, who would initially inspire the young artist. “In my memory the starry skies on summer nights were super clear, and there was the Milky Way, as well as numerous stars,” recalled Ma. “The neighbors always got together to chat, and the mythologies and ancient anecdotes they mentioned were so appealing to me. When thinking back about those days, I believe that was the beginning of my passion for art.”

During these impressionable years, at just 5 or 6 years old, Ma had already left behind the playground exploits of his peers and began his new fixation – copying the flowers and birds in classical paintings. During primary school, his parents found art teachers to train his passion. Before high school, he had already decided on his direction in life: art. After Qingdao Art School, he graduated from the prestigious Central Academy of Fine Arts with his Bachelor’s and then Master’s degrees.

Each of Ma’s sculptures is completely covered in traditional Qing flower patterns, birds, dragons, clouds and scenes. The artist makes no reference to modern brand signage, but instead imprints the pieces with maker’s marks that denote their imagined “official” ancestral origins during the height of Qing dynasty rule under emperors including Qian Long and Kang Xi. For Ma, his references to the dynastic past serve as a concept of a rich cultural and historical tradition. The shapes of the sculptures are immediately recognizable popular brands and items that have become visually branded into the country’s subconscious – the new objects or narratives of the country’s foundational mythology. By using the everyday objects of his childhood and combining them with this decorative style, he retains the notion of a pop-cultural reference to the quotidian sublime, yet references an imagined bridge between the nation’s and a personal. (courtesy of Yang Gallery)