Make up artist Jazmina Daniel has quite a following on social media and once you see her impressive work and hear her backstory, I’m sure you too will become a fan.

The dark-haired beauty hails from Sydney, Australia and just prior to her 15th birthday was diagnosed with a brain tumor. At the time of the diagnosis, much was unknown. Instead of operating immediately, they continued to monitor the tumor with hospital visits and scans. Because of her health, she had to leave school and complete her studies from home. This left her with a lot of downtime as she was waiting.

“I started playing with makeup and discovered I had a real passion for it. It helped me block out everything else that was going on — it was therapeutic,” Daniel told Huffington Post.

Jazmina, who goes by MissJaminad on Twitter, Snapchat and Instagram, became equally adept at lip art (and manicures) that emulate marble and sparkle with glitter as well as play off of pop culture.

At age 17 the tumor, which was very near to the part of her brain which controlled speech and movement, began to grow aggressively and she was forced to make the difficult decision to have it surgically removed. The procedure was a success and Daniel, now 25, credits her makeup work with getting her through the difficult times.

Here’s a look at some of my favorite lip art from Miss Jazmina. 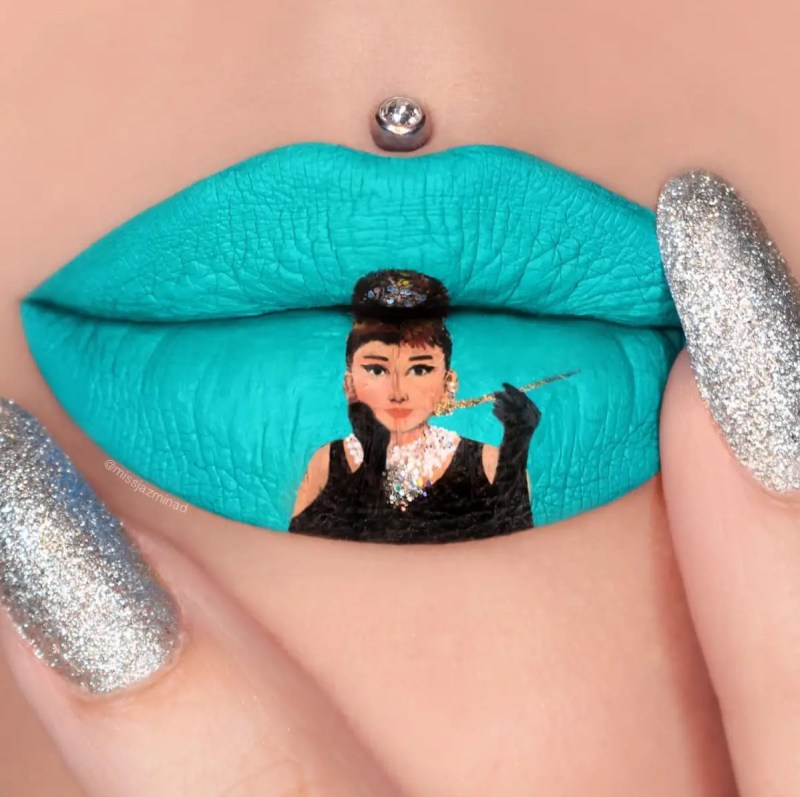 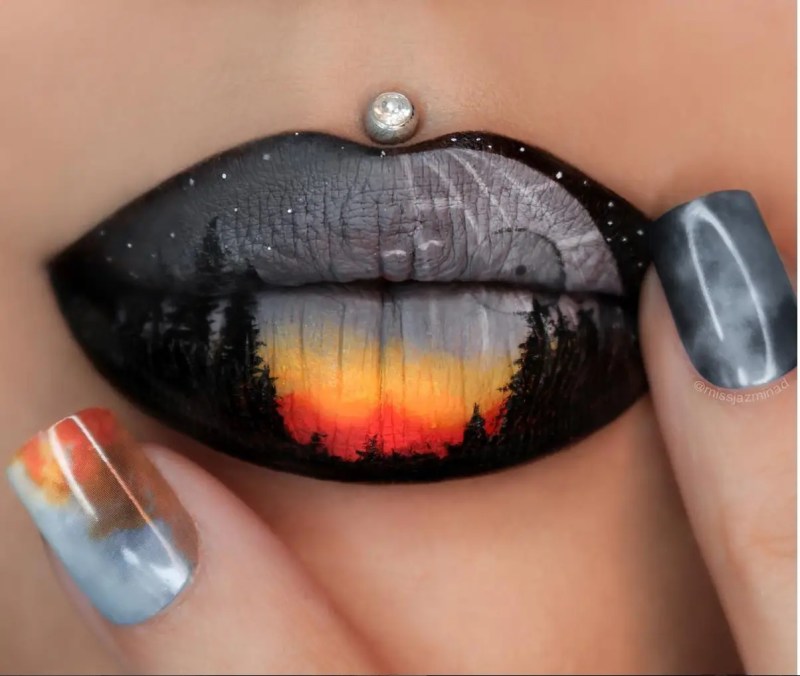 The Wizard of Oz: 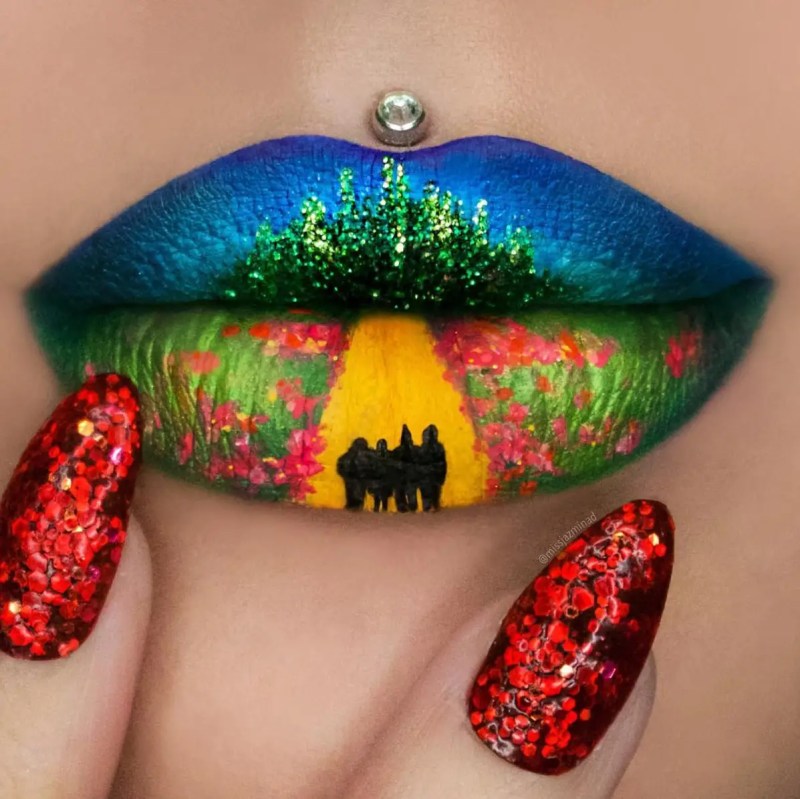 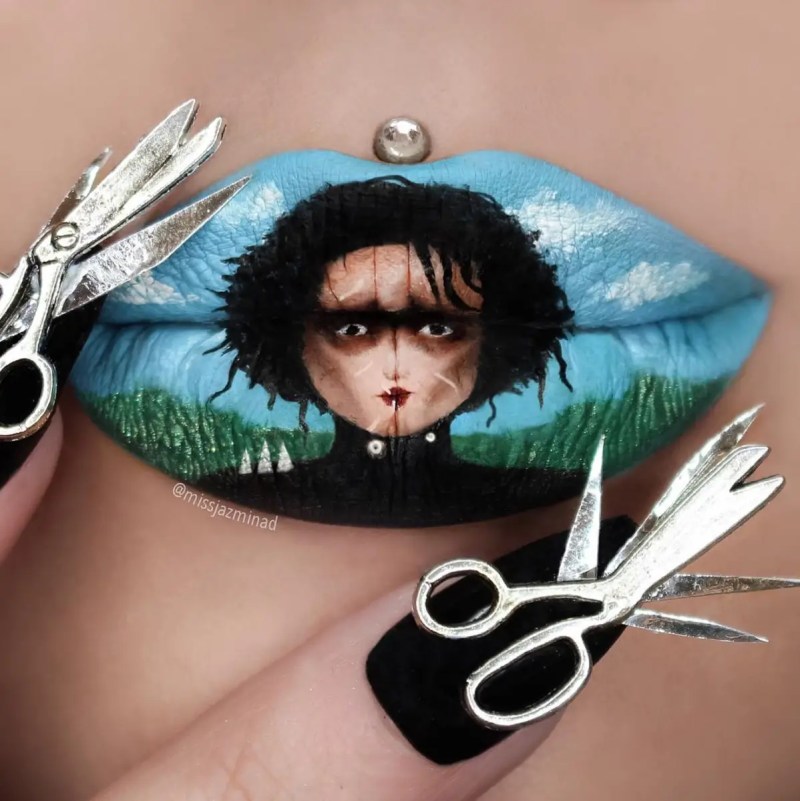 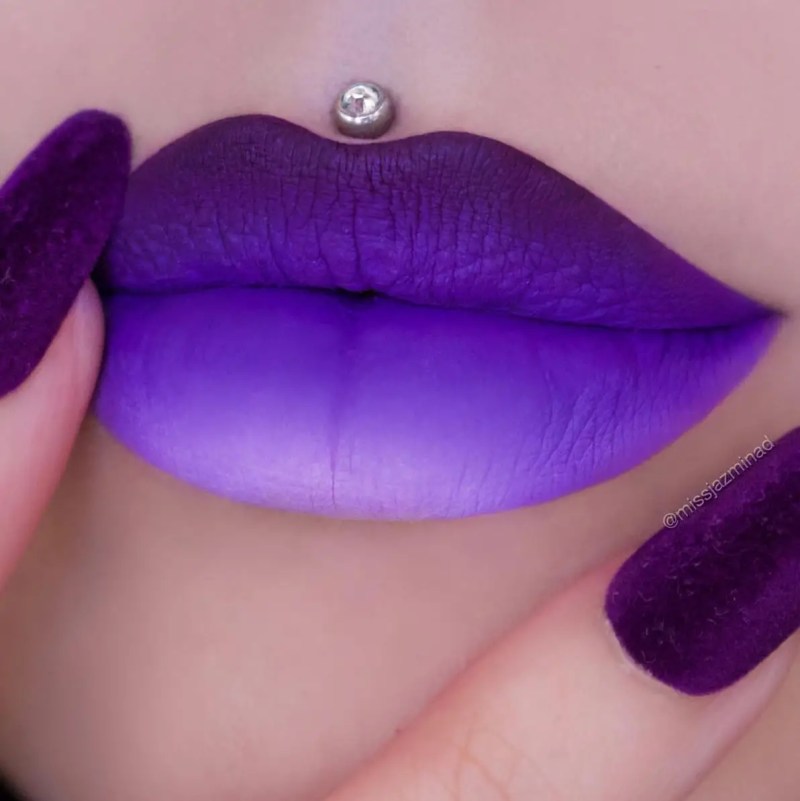 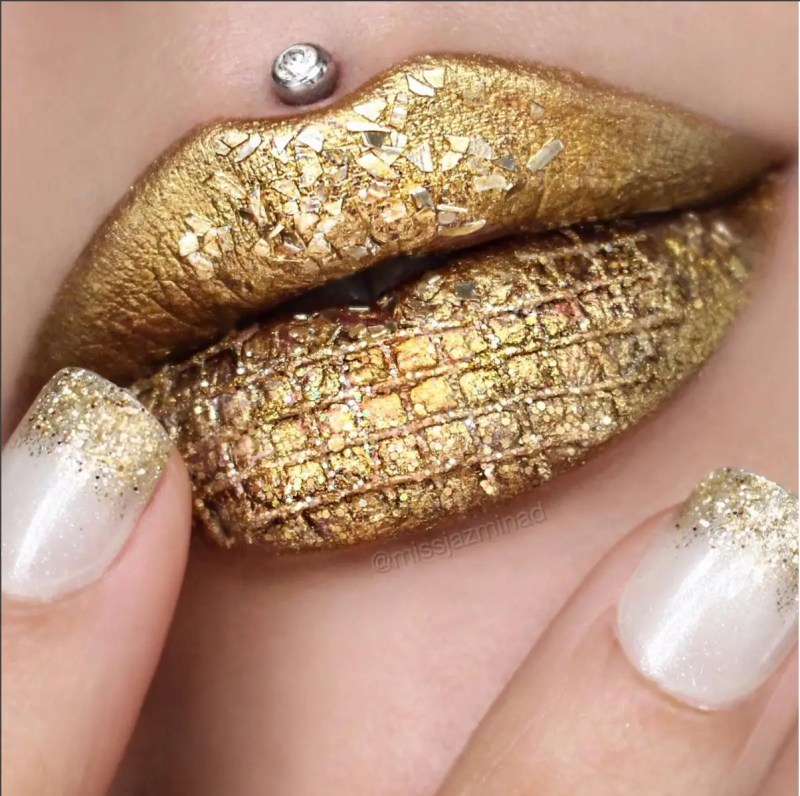 and at top, JAWS: 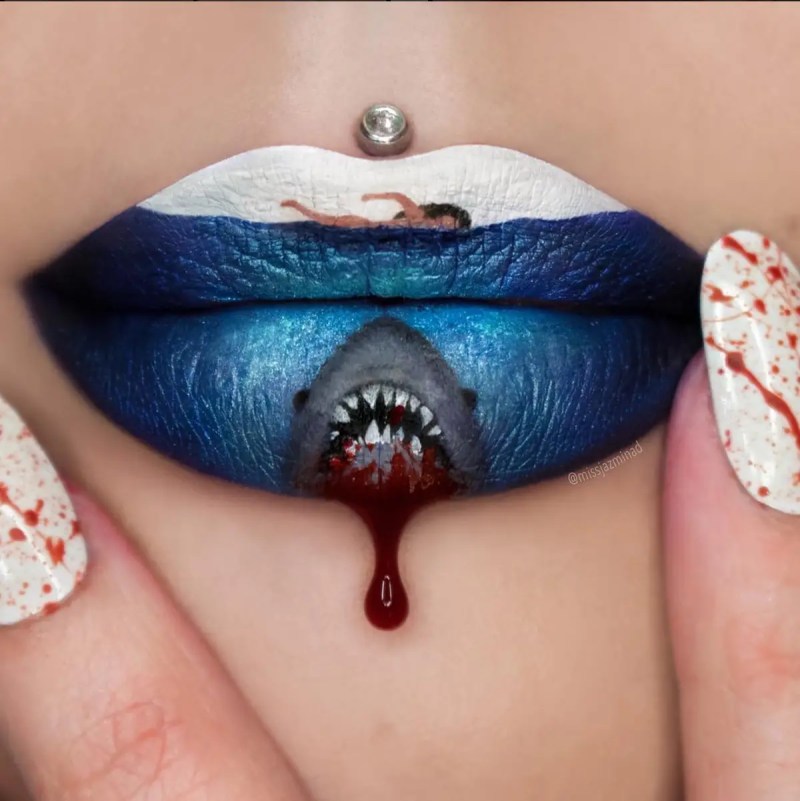