A new campaign starring Kate Moss for Alexander McQueen. With bright yellow hair, lots of cuffs and clutching a doll in her likeness, model Kate Moss is the star of the 2014 Spring Summer ad campaign for Alexander McQueen – her first time appearing in ads for the brand. Shot by the fabulous Steven Klein, the images are accompanied by a short film shown later in the post, also directed by the photographer. In the majority of the dark and moody photos, Kate is clutching a 3D printed doll in her own likeness, who is wearing her own miniature versions of the Alexander McQueen fashions and in some of the shots, is stuck with pins.

I have opted to brighten up the following cropped details a lot so you can see them: 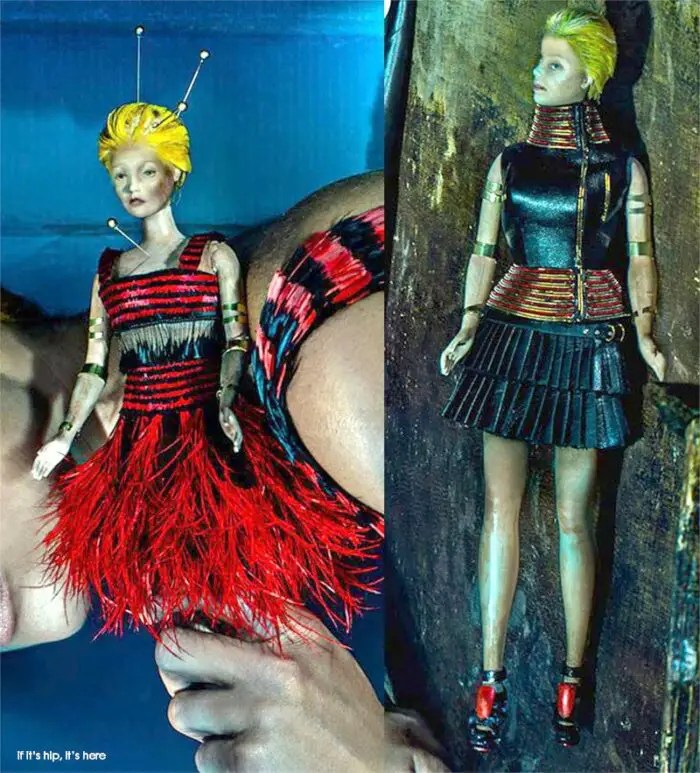 The print ads, as running (brightness not altered), in the campaign: 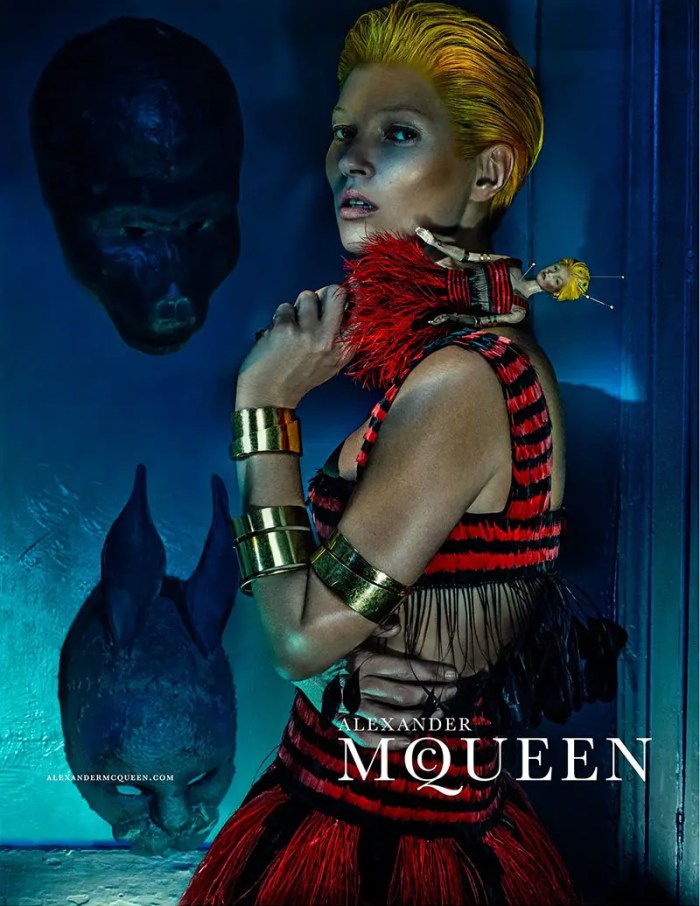 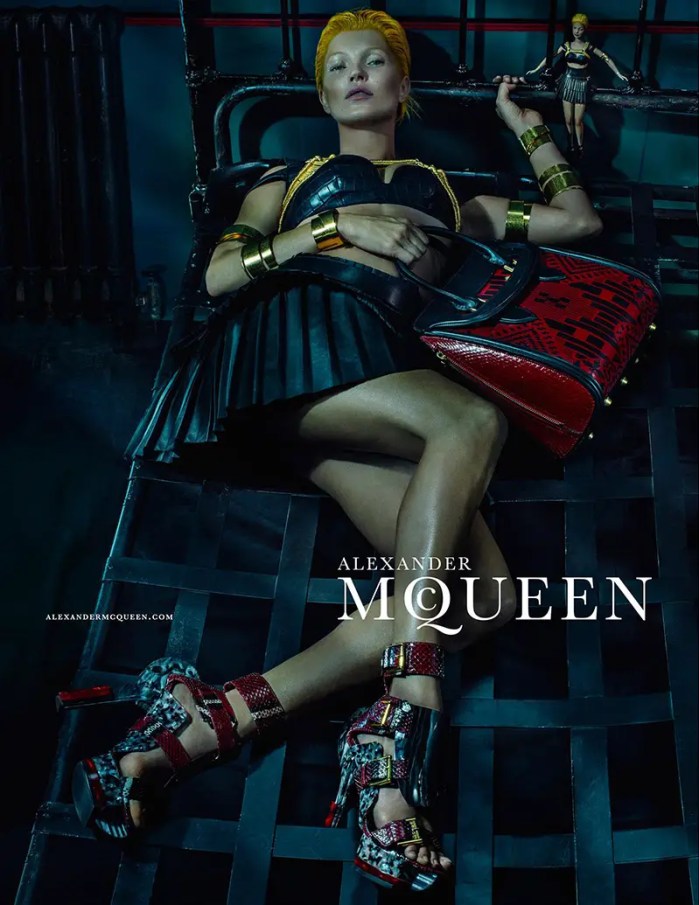 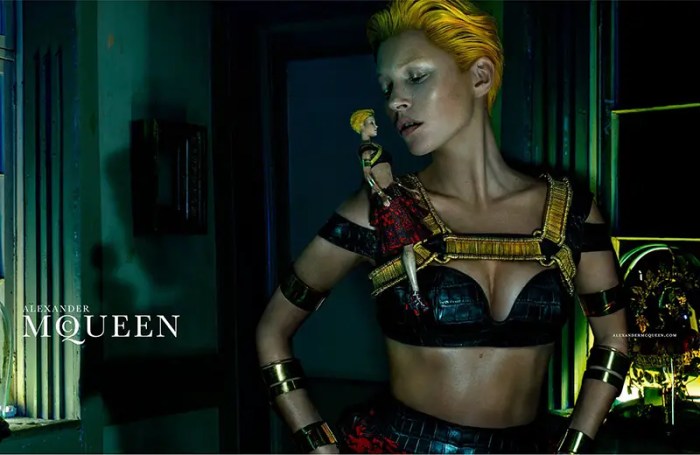 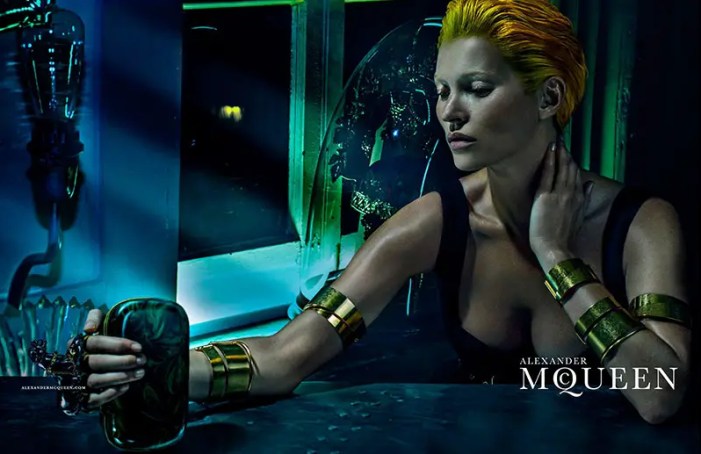 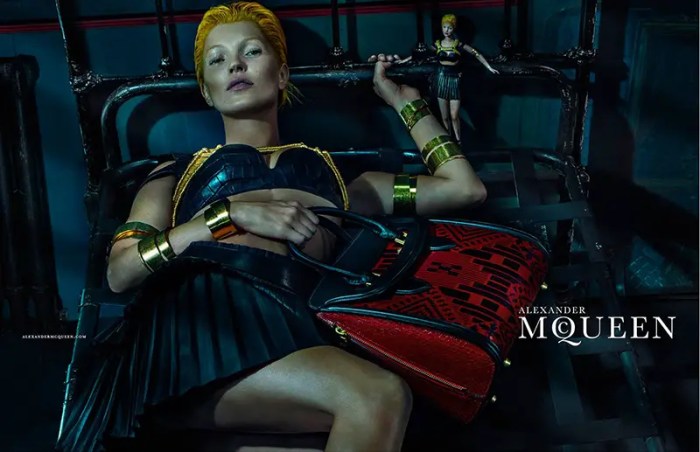 And a close up of those amazing shoes: and now, brightened up by me so you can actually see them: 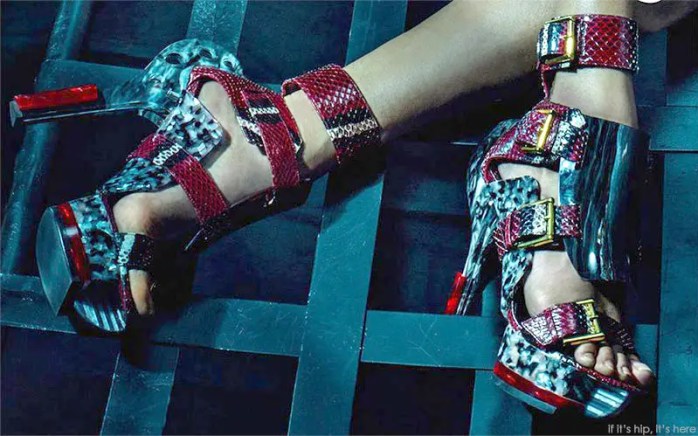 The four and a half minute film, directed and shot by Steven Klein, was inspired by the 1960 British thriller Peeping Tom, stars the 40 year old Moss and was shot in East London:

all images courtesy of Alexander McQueen

Moschino Sneakers For Those Addicted To Bubble Wrap!