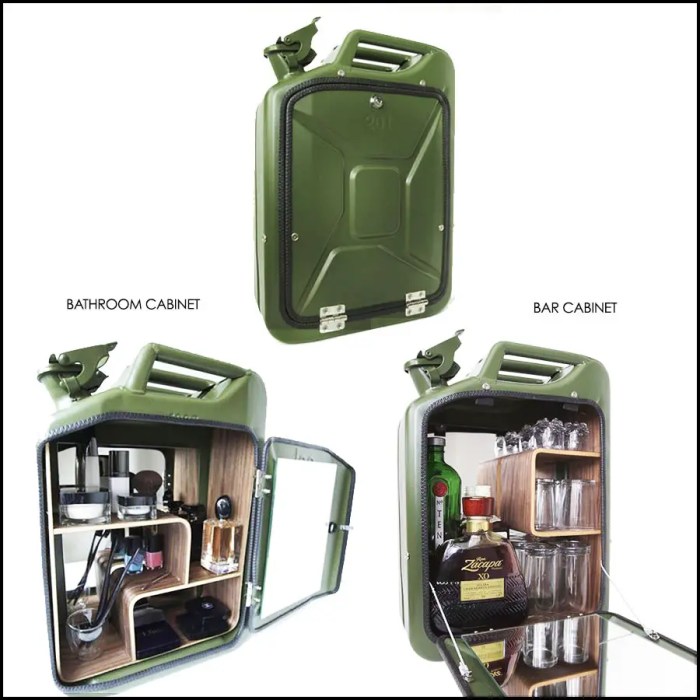 The  flat fuel can was invented by Germans during World War II. It was used to carry supplies to troops and had a different color according to its purpose. Red for gas, yellow for diesel and blue for water. The British army found out about it and renamed it Jerry Can after the nickname “Jerries” given to German troops.

These are original British Army Jerrycans which have been repurposed and handcrafted in Copenhagen, Denmark. Each one is unique and maintains its original markings and color. No two cans are alike and yours will be a unique specimen. The old Jerry Can is sliced open and adapted. The old paint and rust are removed by burning the cans in an oven for 24 hours. It then gets sandblasted, given a wear-resistant coat of powder finishing then put back together. Inside mirrors and bent wood shelving are added. 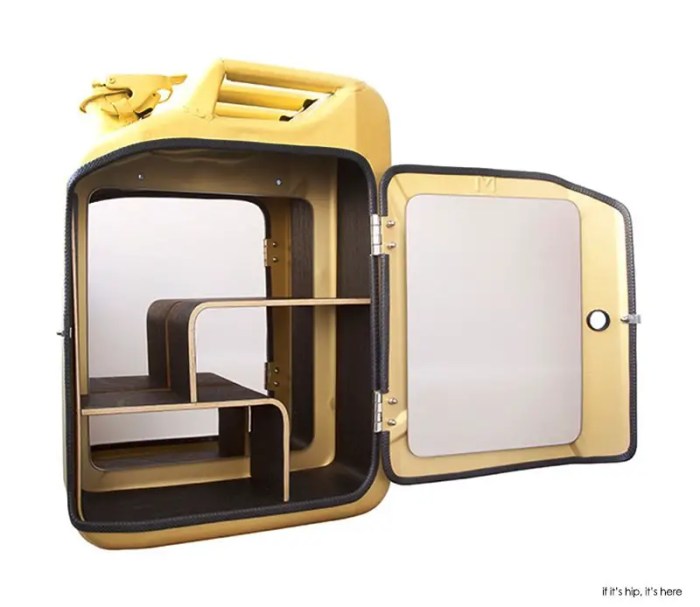 The assembly of one can takes 2-3 hours and is performed with great amount of care, precision and meticulousness. Each is accompanied by a certificate of authenticity. 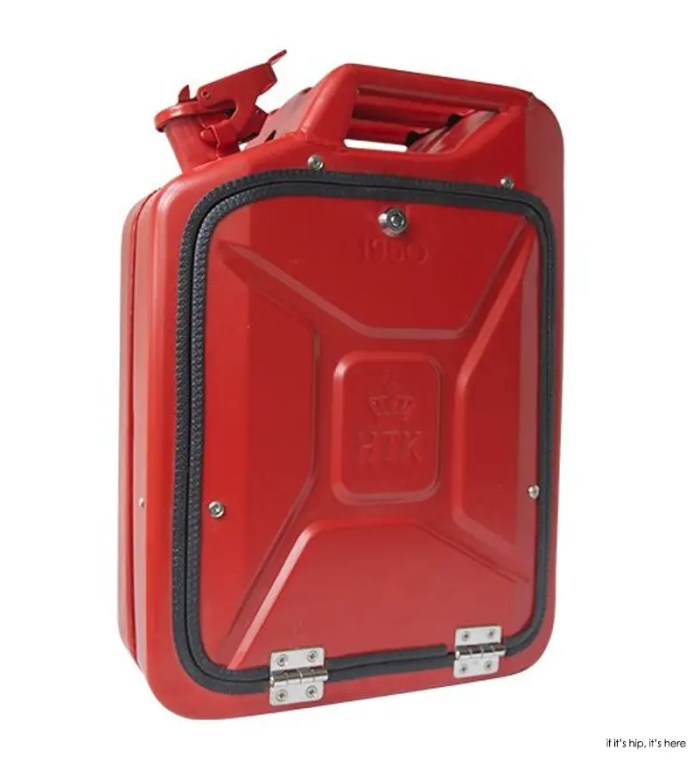 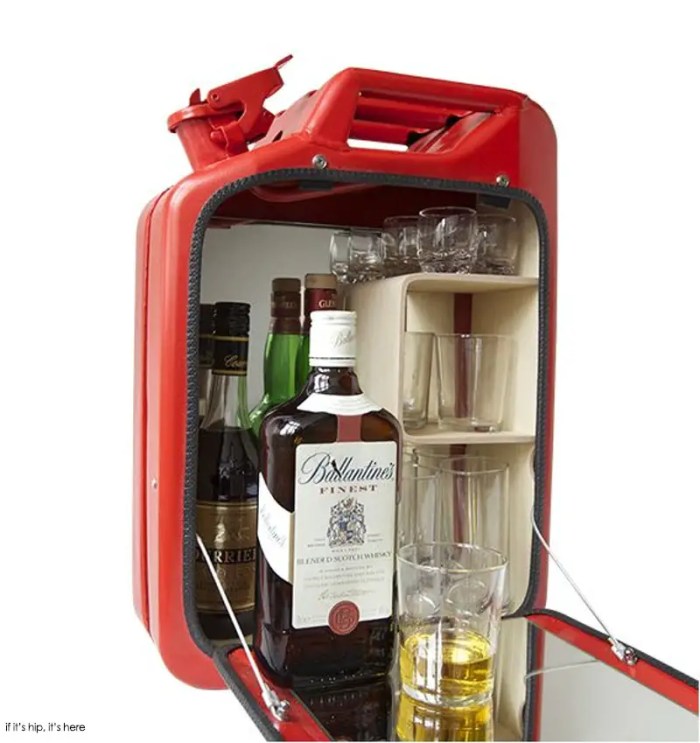 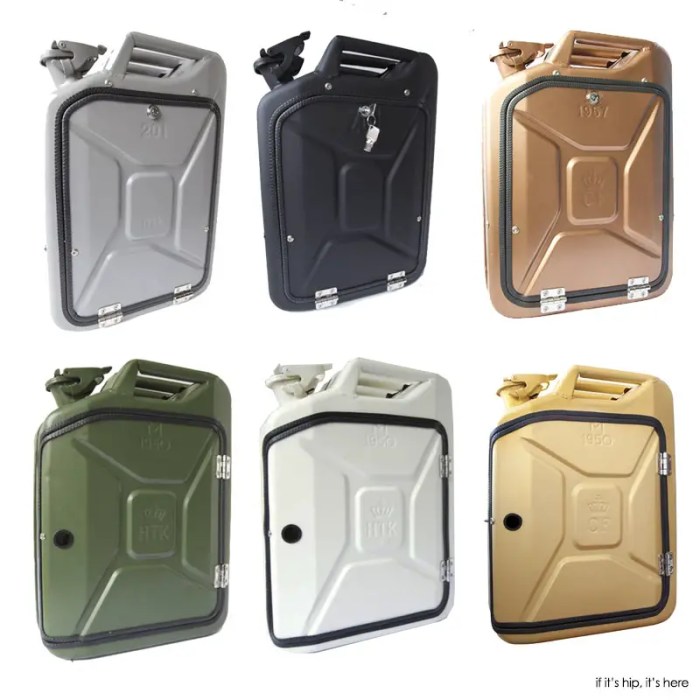 Lead time is 2 to 3 weeks. And they have free worldwide shipping.

UPDATE: Sadly Urban Military company Hobo Society no longer exists but now there are other companies who upcycle old Jerrycans.

all images and information courtesy of Hobo Society

Not the only company to turn the Jerry Can into something useful, this German company has repurposed them as luggage and storage cases.

Modern Teak Tubs and Sinks From Plavisdesign of Italy