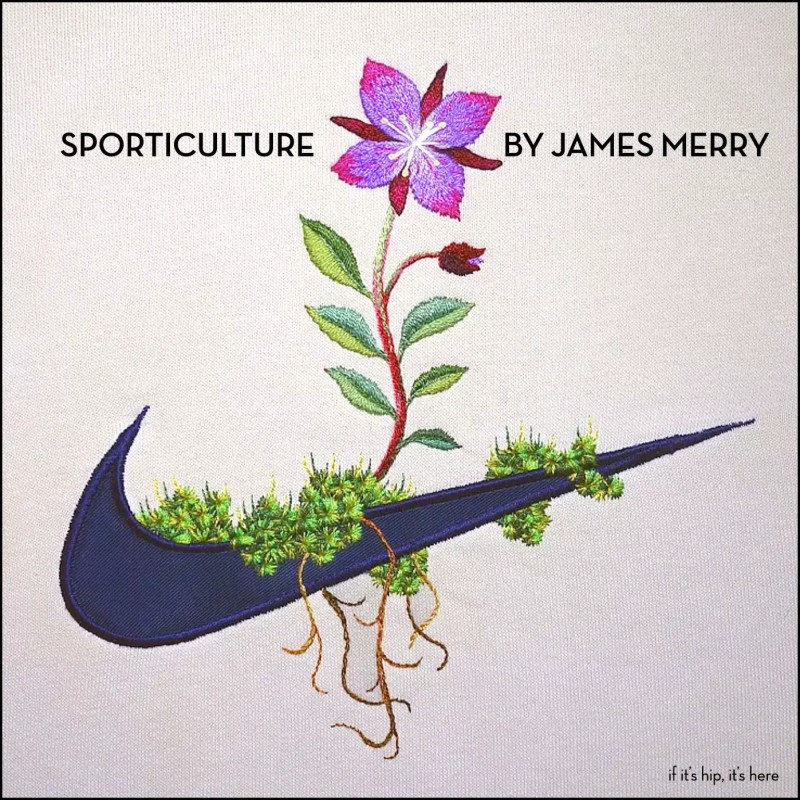 Self-taught embroiderer James Merry has embellished vintage sportswear with flora and fauna for a series he calls Sporticulture.

I was reminded of James Merry when reading about Bjork’s recent Corncucopia show at The Shed in New York. In addition to his Sporticulture series, he’s worked closely with the Icelandic singer for years now as co-creative director for several of her music videos and concerts as well as being the designer behind many of her unique silicone headpieces. 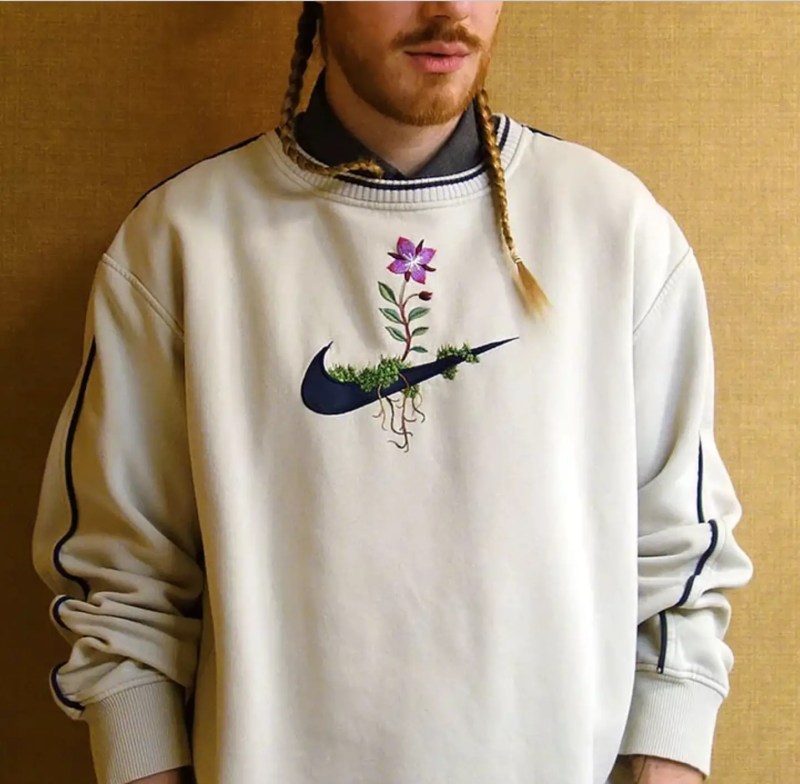 His Sporticulture series consists of vintage sports brand sweatshirts whose logos are embellished with elements of nature. The pieces sold out immediately. 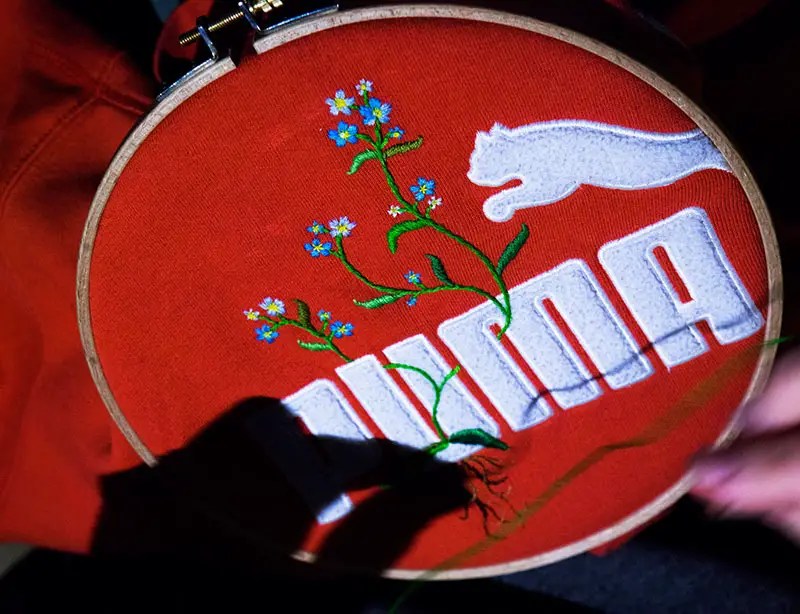 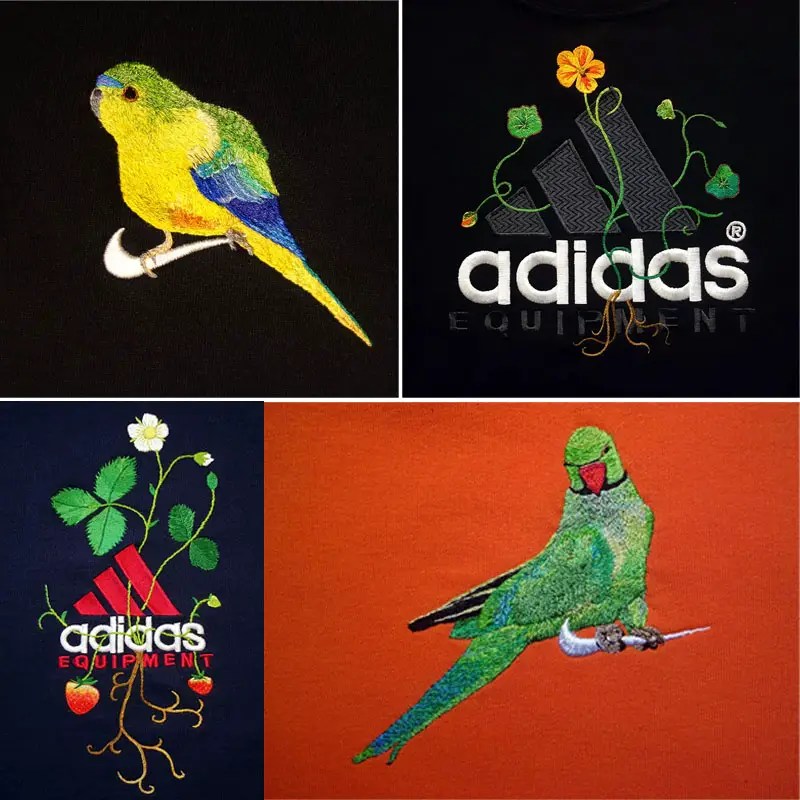 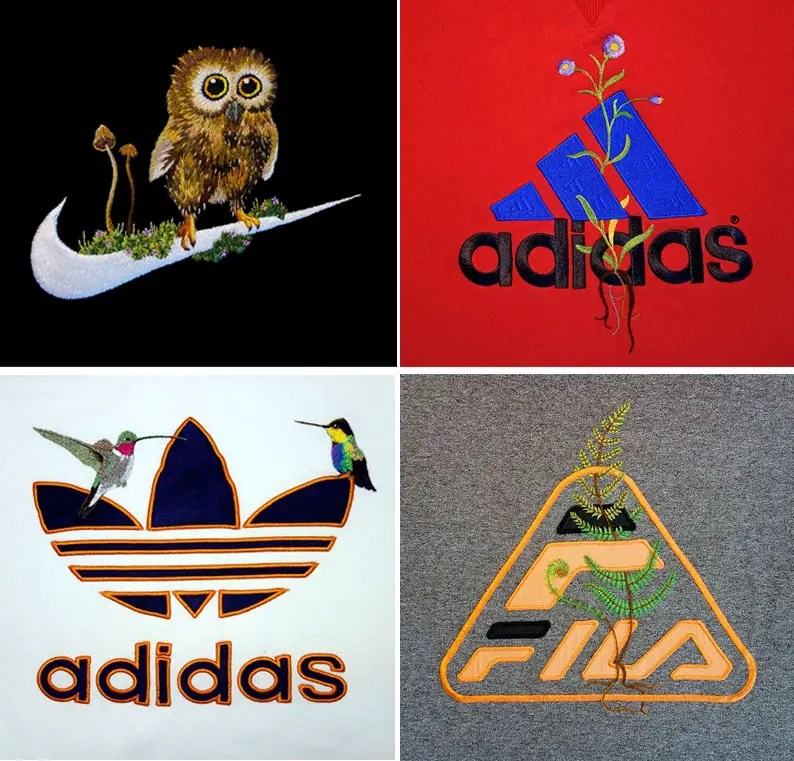 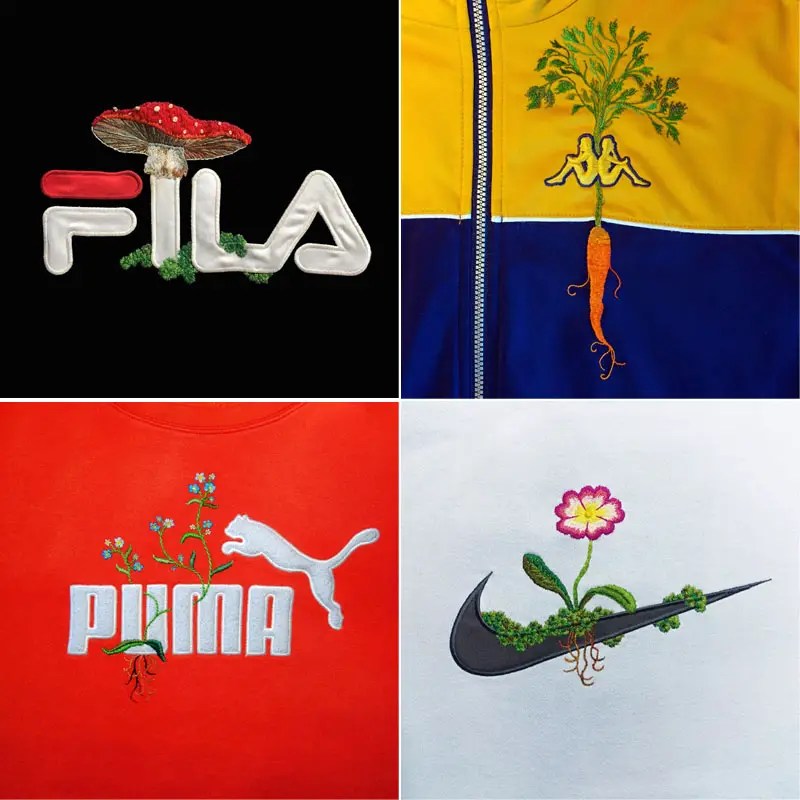 He says certain sports brand logos are surreally aligned with particular plant life. For Nike, it’s primroses; Fila suits mushrooms and moss; and Kappa, he says, works with root vegetables that range from radishes to carrots.

Originally from Gloucestershire in the UK, now based in Iceland, he works from a small cabin studio on a lake fifteen minutes outside of Reykjavík, working by hand in a variety of mediums. James is a self-taught embroiderer, having originally studied Classical Greek at Oxford University.

Outside of his work with Björk, he is primarily known for his hand embroidery and has collaborated with institutions such as the V&A, Gucci, SHOWstudio, and Opening Ceremony. 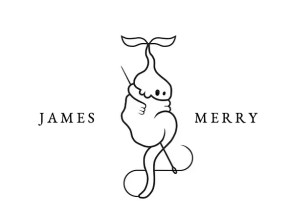 That Dakota Johnson Dress! The Best Fashion at the Venice Film Festival.