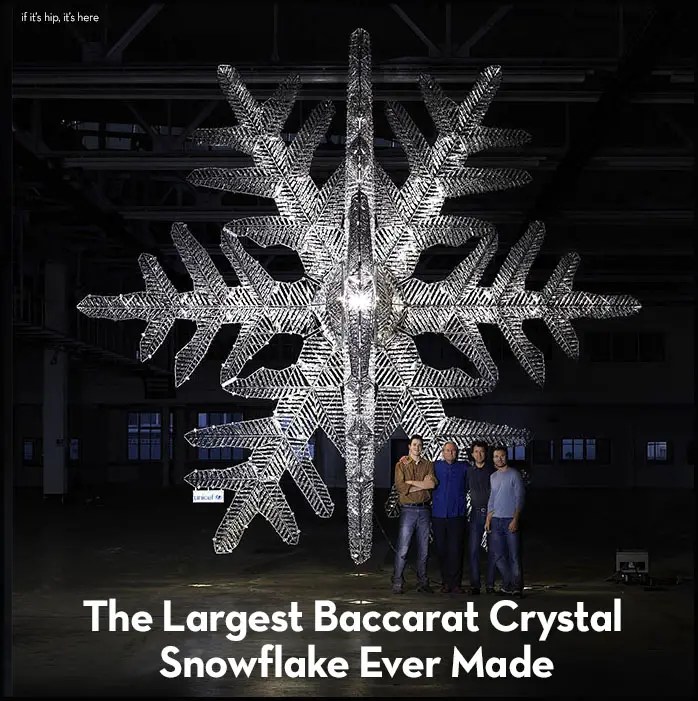 With a total weight of approx. 1,500 kg (more than 3,300 pounds), the 23 foot wide Snowflake made by the late Ingo Maurer with Baccarat Crystal in 2005 for UNICEF’s annual Snowflake Ball is still the largest crystal snowflake ever made to date. Made with more than 16,000 crystals on its 12 double sided branches the 23 feet diameter snowflake weighs 1,500 kilograms, has a total output of 7,520 watts of light and is rainproof as well as impervious to snow storms. 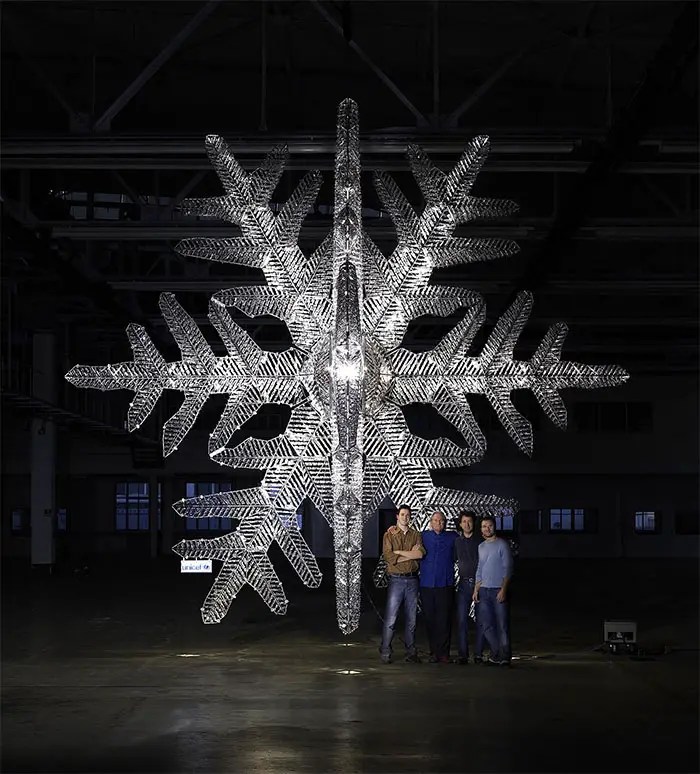 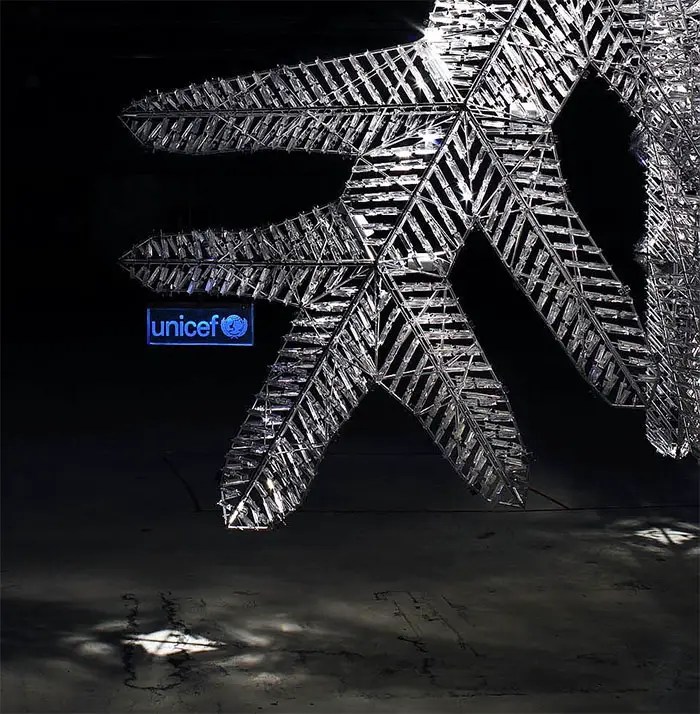 Despite its enormous size, the giant crystal snowflake appears airy and delicate. Displayed in New York at 57th Street and Fifth Avenue throughout the winter, it’s hung as a reminder of UNICEF’s commitment to reach a day when zero children die from preventable causes. 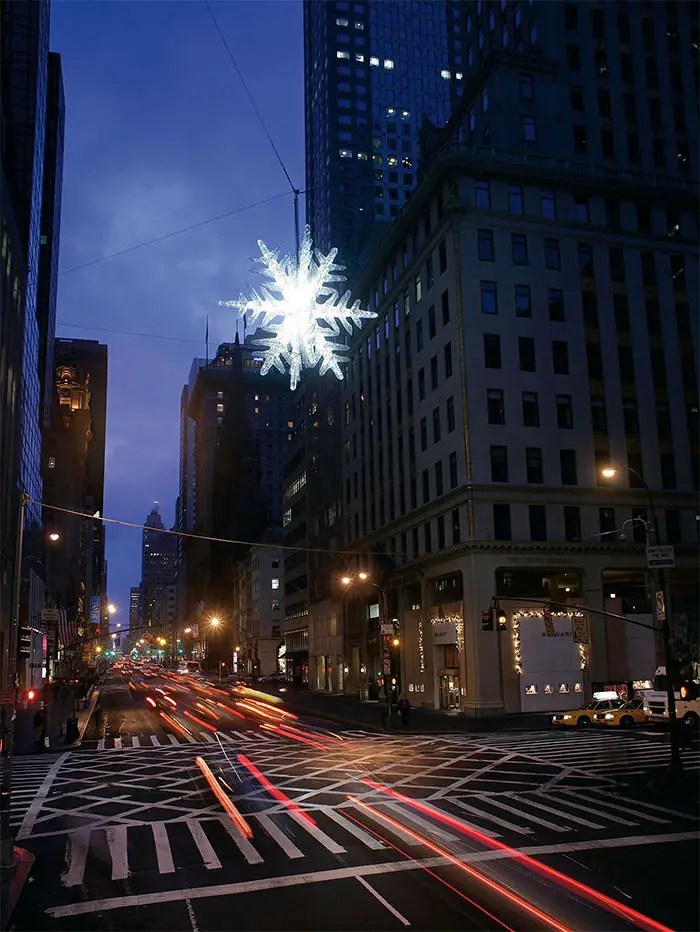 Maurer, who passed away 2019, was German industrial designer who specialized in the design of lamps and light installations – even LED Wallpaper. Invited by the U.S. Fund for UNICEF in 2004 to create his own ‘snowflake’ design for the event, he wanted to do it again in 2005, only larger and more spectacular.

It’s about 40 percent larger than the crystal snowflake Maurer had made for UNICEF the previous year which them migrated to Los Angeles.  As in 2004, Ingo Maurer’s staff mounted almost 16,000 crystals manufactured by Baccarat onto the frame and installed the lighting fixtures: 16 halogen metal halide spots, 84 halogen spots, 24 stroboscopes and 300 LED blinkers with a total electricity power of 7,520 watts.

“Most of my designs, including the One-Offs, are smaller in scale and generally designed for indoor use. Our first Snowflake endured a blizzard with a wind speed of 180 km/h without blackouts or loss of crystals – we are all proud of that, too,” said Ingo Maurer.”

all images and information courtesy of Ingo Maurer

FUGU – Revolutionary Expandable Luggage Goes From Check-In To Carry On