` Ian Davenport Adds Color To Ancient Rome Cloister - If It's Hip, It's Here
Skip to content 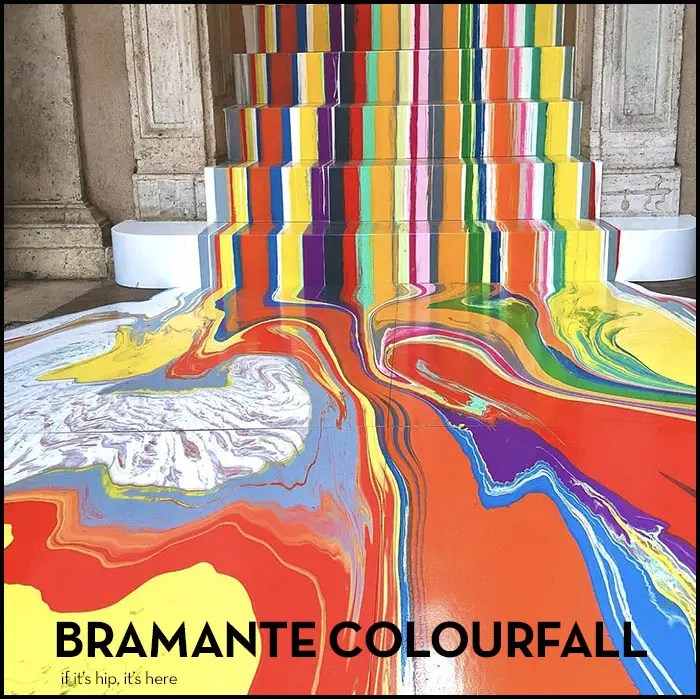 Artist Ian Davenport’s Bramante Colourfall is part of a group show in Rome, Italy at the Chiostro Del Bramante. The colorfully painted staircase in Rome’s historic cloister depicts the perfect juxtaposition between the centuries-old building and contemporary art.

The Ian Davenport Bramante Colourfall is part of the exhibition CRAZY: Madness in Contemporary Art curated by Danilo Eccher. The exhibition comprised 21 international artists and more than 11 new site-specific installations. It was the first time works of art invaded the interior and exterior spaces of the Chiostro del Bramante in Rome, originally built in 1504. Davenport’s Bramante Colourfall is a poured staircase of acrylic paint on MDF and aluminum panel. The striking contrast of old and new is on the exterior of the building and is one of the pieces you come into contact with first. 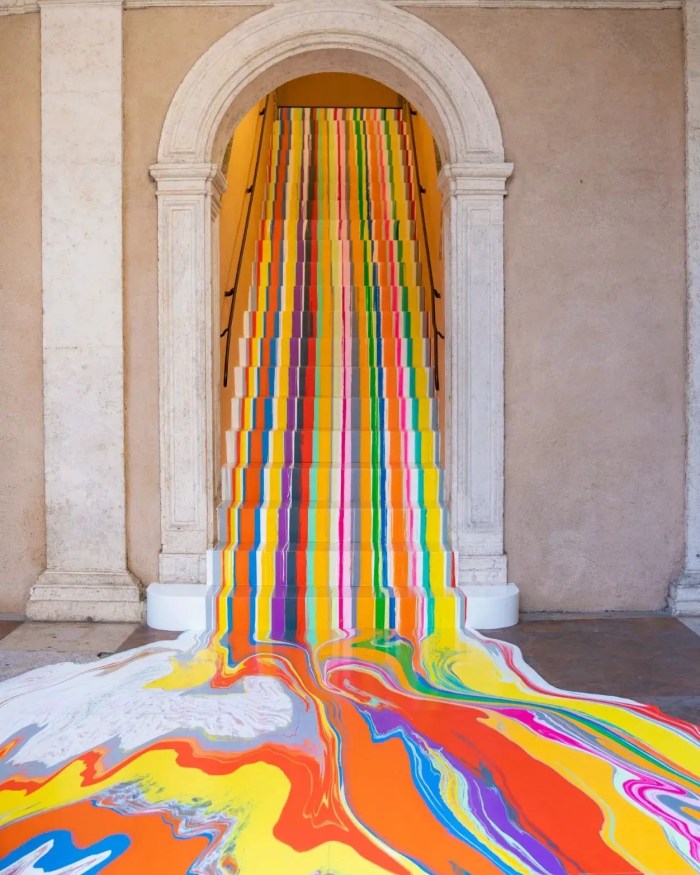 Indicative of Davenport’s work, the imperfect colored stripes of paint spillover onto the ground to meld into a puddle of swirling colors. 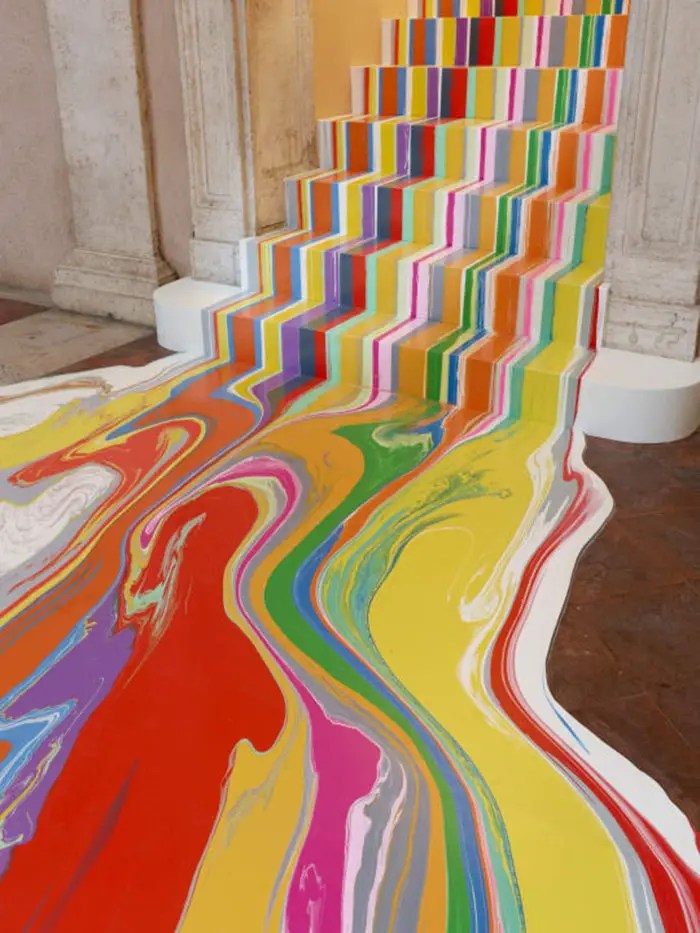 At the top of the staircase you reach a landing that marks the beginning of another poured staircase. 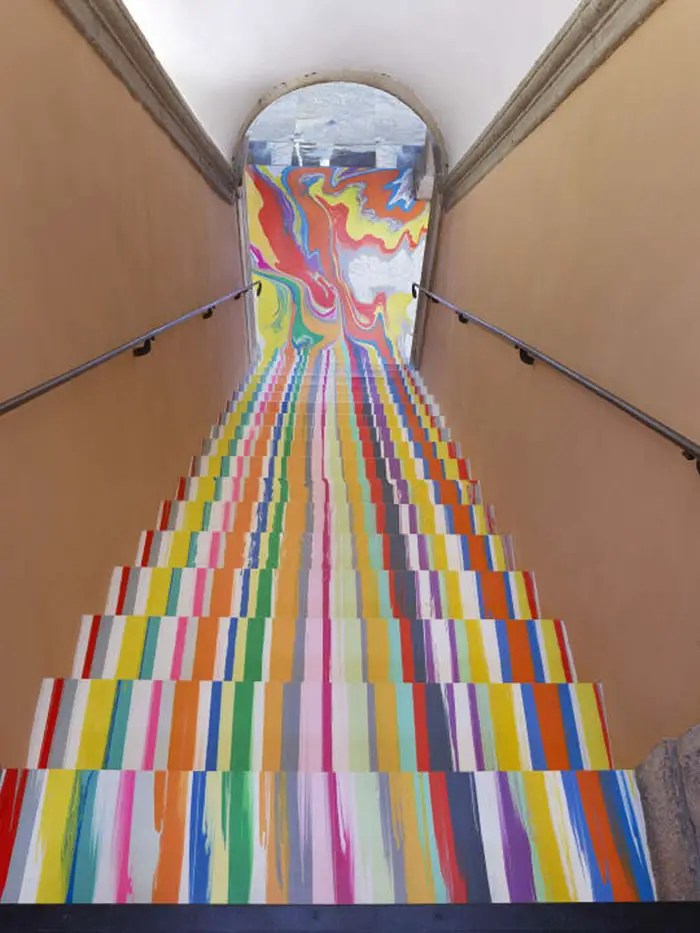 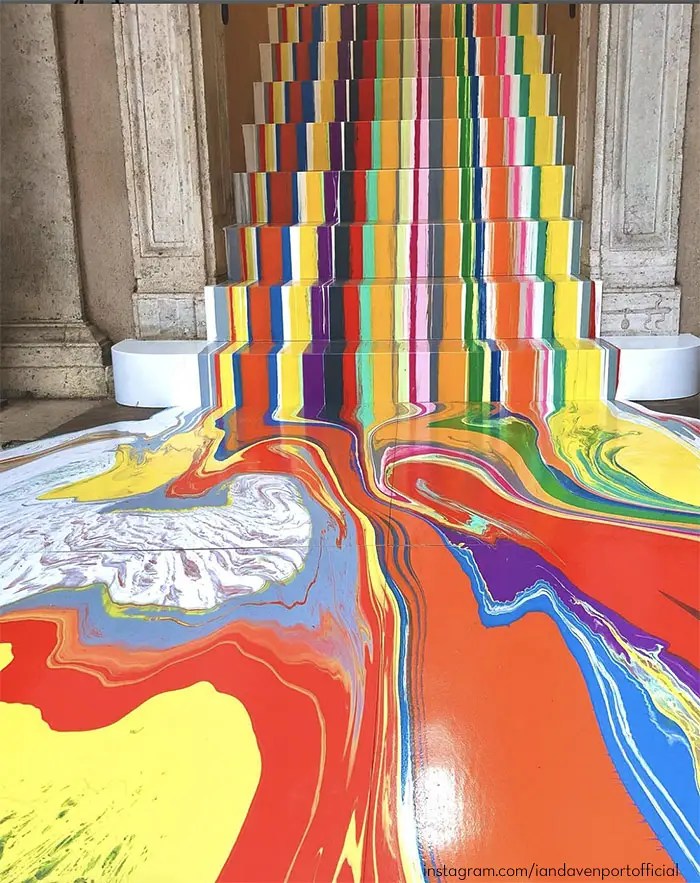 “A perception of the world is the first sign of instability, the first contact between external reality and the brain, between physical truth and poetic creativity, between laws of optics and neurological disorders.”- curator Danilo Eccher