L’atelier WM is a a group of young artists founded in Paris in 2008. They created this line of colorful candles, both in looks and attitude. Hands making gestures cast from real hands and whose burn time is approximately 3 hours each. 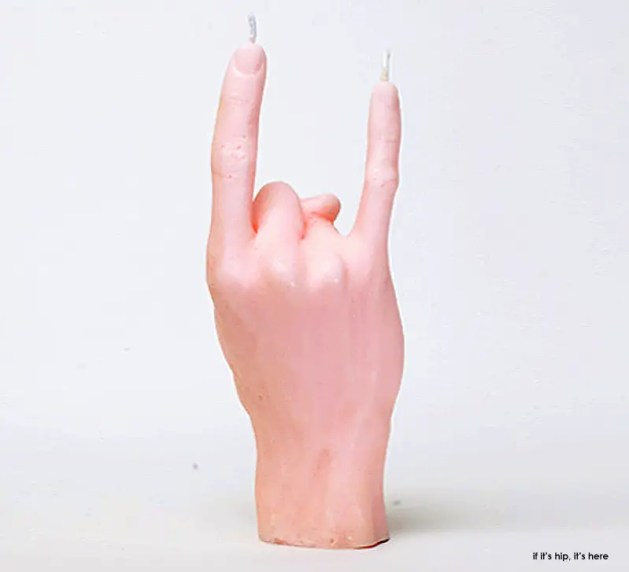 These cool candles were cast from Pharrell Williams’ hands when he and Atelier WM collaborated in Paris in 2008. They were then sold as a limited edition through various artsy stores and Pharrell’s own BBC/Ice Cream Stores. 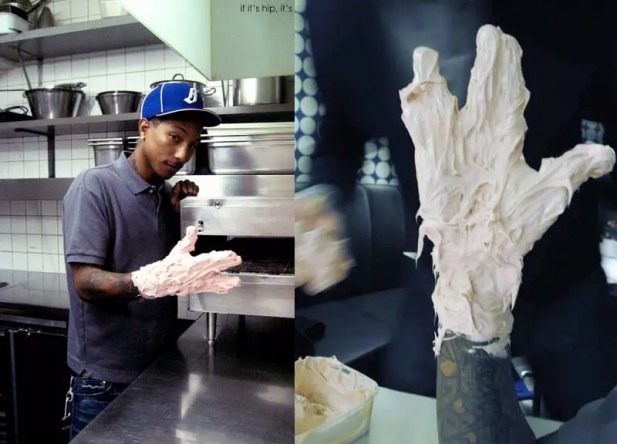 above: Pharrell’s night at Colette casting his hand for the candles (images courtesy of BBC Ice Cream) 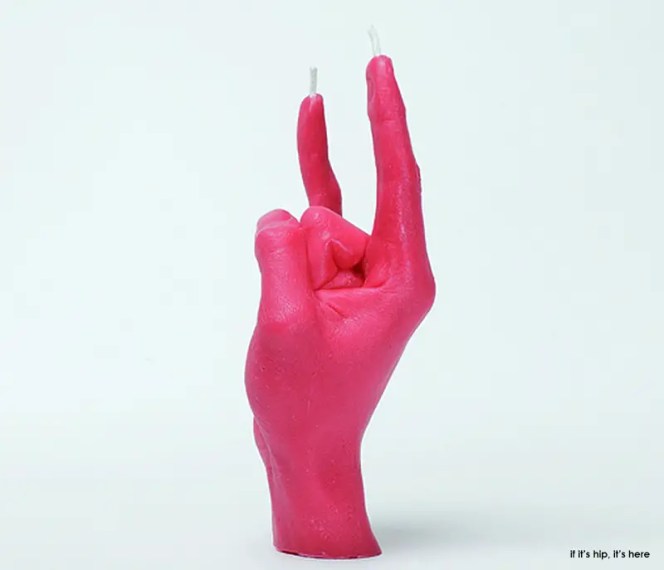 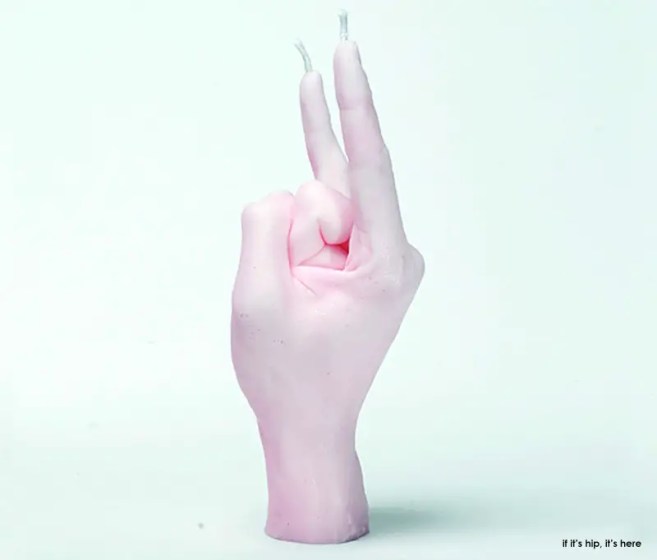 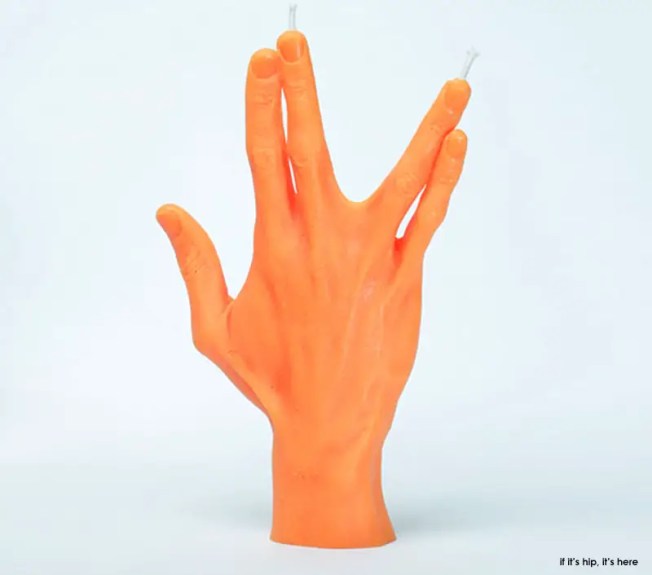 The Vulcan Salute in Blue (especially for Colette): 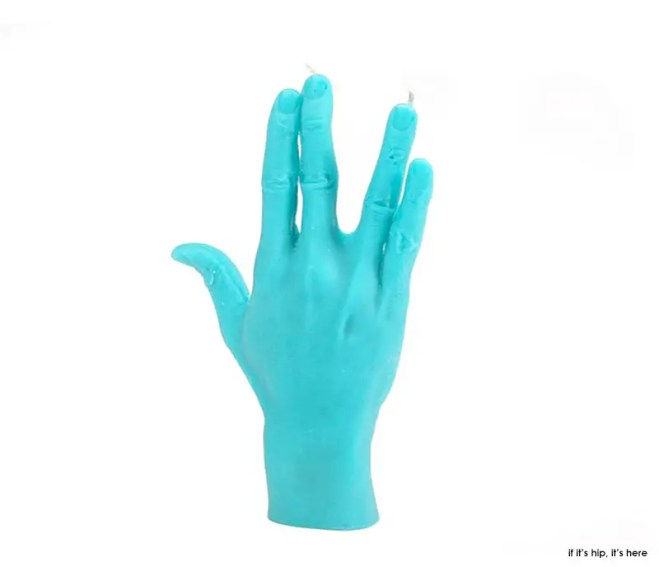 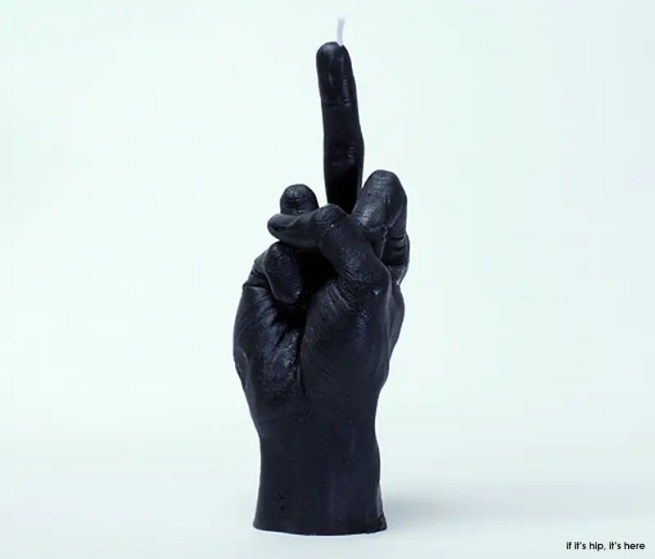 Above packaging created by Wakey of France.

In addition to being sold by Colette, a small number of these were carried at the Black Block of the Palais de Tokyo , at the Printemps Design of the Centre Pompidou and at the Sam Concept store in France. Colette also carried a special blue version of the Vulcan Salute candle. Finally, for a period of time they could be purchased from A+R, but no longer.

Let me end this post by saying that these great candles went into mass production once never to be made again.  Too bad. But lots of people and companies have since copied these. You can find cast hand candles at Amazon here.

Katy Perry May Very Well Be Moving Into This Convent.