you are here: if it's hip, it's here » miniatures » Kathy Osborn Has Big Talent With Little Things. 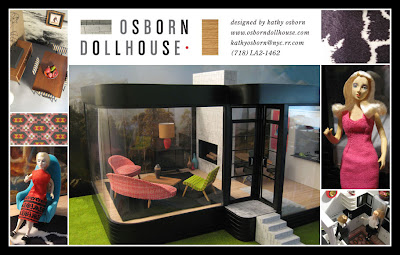 Graphic artist, photographer, and children’s book illustrator Kathy Osborn, is getting a lot of online attention for her miniature modernist construction of a 21st century house (shown in the photo above). And it is fabulous – as you will see later in this post. 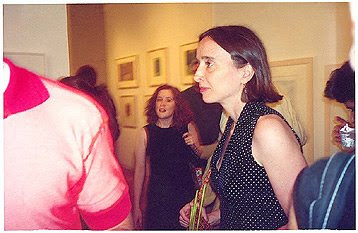 Above: the multi-talented Kathy Osborn.

But she’s done a lot more with miniature dolls and settings than you might think. In addition to this fabulous modern dollhouse, she’s both photographed dolls in settings as well as completed a children’s book based on a magical tour of a Dollhouse from a child’s perspective. 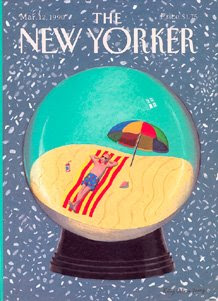 Above: Kathy’s illustration on the cover of the March, 1990 issue of the New Yorker

First off, her illustrations have graced the cover of New Yorker magazine as well as on and in several other publications. But personally, I am more impressed with her poignant photography and multimedia work than her illustrations.

Above: some of Kathy’s illustrated children’s books.

Kathy has illustrated five children’s books to date. One of which has been chosen as one of the Best Children’s books of 2008 by several reputable sources. She has also just completed a children’s project called The Dollhouse, a magical tour of a dollhouse seen from a child’s perspective.

But back to the actual Dollhouse model for now.

The article below ran in Wallpaper, and is making the rounds on blogs and ezines, but in doing a little research, I found more images of the project as well as discovered that she has has a series of photographic prints of the miniature dolls in miniature surroundings.

First the Bauhaus-style dolls’ house and the article from Wallpaper (with some extra images): 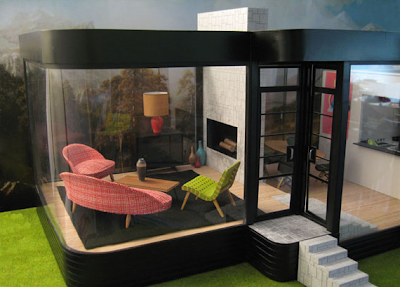 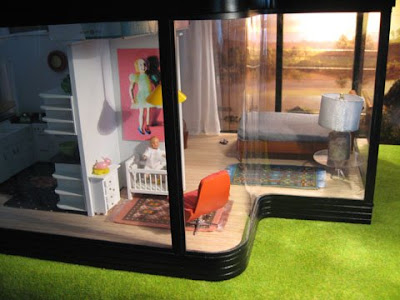 Osborn embarked on her Bauhaus doll’s house project due to a desire for better quality dolls and dolls’ furniture. Originally, she aimed to create a replica of Philip Johnson’s glass house, built in 1949, but was persuaded by friends to give her creativity a free run. 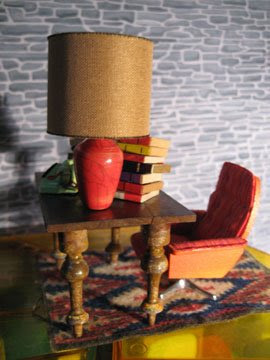 The creation of the doll’s house started with 12 rough designs. The blueprints were given to Californian model architects J & G, who were also responsible for most of the furniture, apart from the mod-style chairs which were constructed by Japanese company REAC. The kitchen as a whole is Osborn’s own design, inspired by an 1948 advert for Youngstown kitchens, but the fridge and cabinets are original designs. 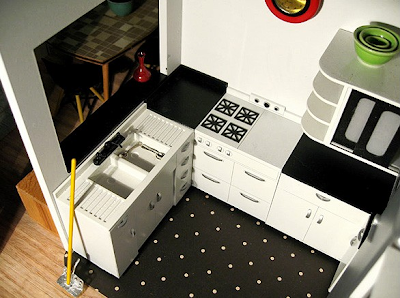 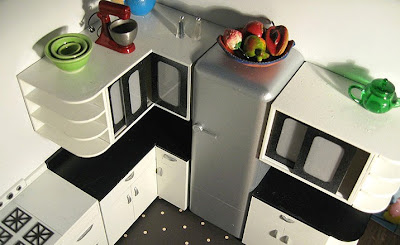 The result is a house that is artfully whimsical, which encapsulates its inhabitants in a fanciful suburbia. Osborn has no intention of the dolls’ house being treated like your everyday plastic creation, but rather as a collector’s item – a family heirloom. 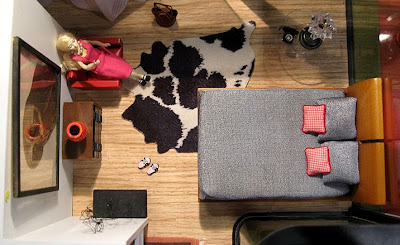 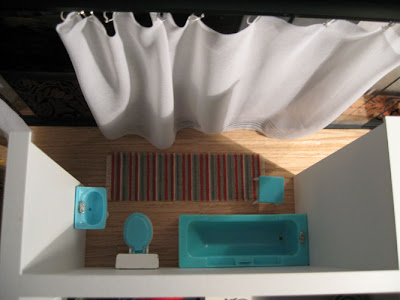 She even made the dolls and their clothing: 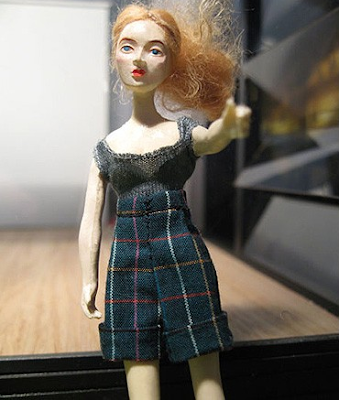 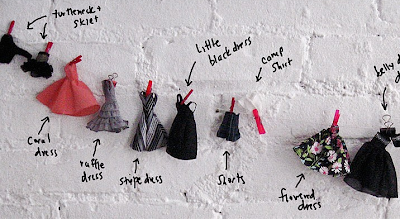 Now, take a look at her photographic prints, captured moments and narratives that are infused with intimacy and loneliness seemingly simultaneously. They available for purchase on the beholder: 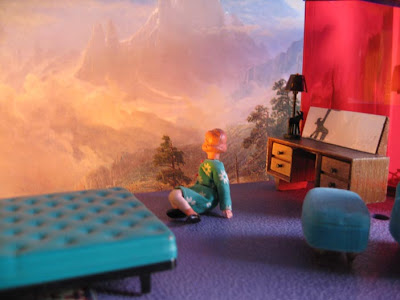 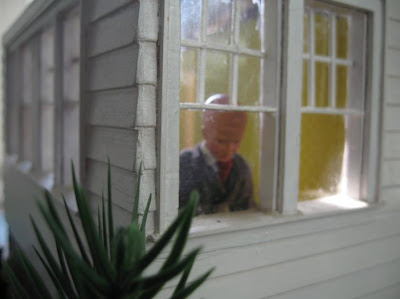 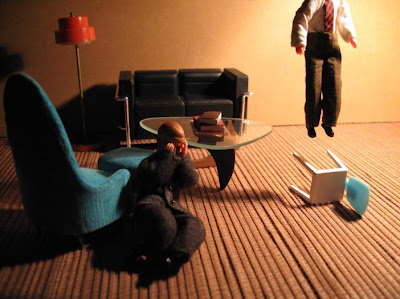 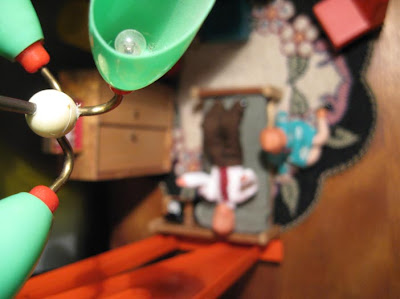 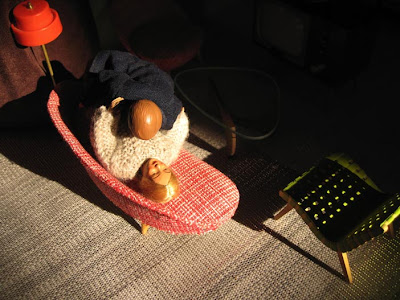 Each chromogenic print is a limited edition of 15 and can be purchased for $600.00 here.