` Depressing Greenpeace LEGO Video Implores People to Sever The Toys' Ties with Shell. - If It's Hip, It's Here
Skip to content 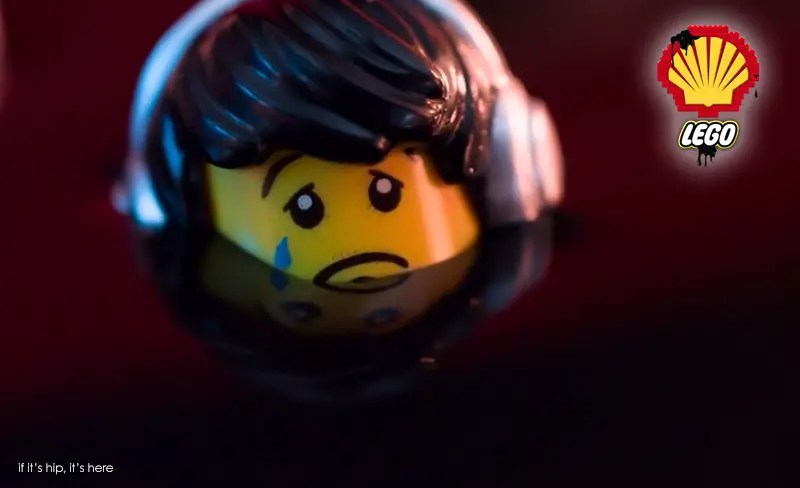 A new Greenpeace video expresses LEGO’s halo effect as selling propaganda to children, especially by an unethical corporation who is busy destroying the natural world they will eventually inherit. Greenpeace is hoping you will help them stop Shell from polluting by telling LEGO to stop selling Shell-branded bricks and kits today.

They produced this depressing video using Lego bricks and minifigs to share the message. It is accompanied by a melancholy version of the Lego Movie song “Everything is Awesome.”:

They also created a specially designed site that explains how Shell is using LEGO and why they should be stopped. Below is an excerpt from the site:

How is Shell using LEGO and why should we stop them?
Shell’s global advertising deal with LEGO is part of a carefully thought-out strategy by Shell to buy friends who can make its controversial Arctic drilling plans look acceptable and misleadingly associate it with positive values. LEGO is one of the most beloved and admired toy companies in the world, and Shell knows that this deal will not only increase profits, but also improve the reputation of a company known for recklessly threatening the fragile Arctic ecosystem. As part of the co-promotion, LEGO has branded Shell’s logo on a special set of its toys. By placing its logo in the hands of millions of children, Shell is building brand loyalty with the next generation of consumers. Shell has launched an invasion of children’s playrooms in order to prop up its public image, while threatening the Arctic with a deadly oil spill. We can’t let Shell get away with it. If we convince LEGO to cut ties with Shell, it will be a major blow to Shell’s strategy of using deals with popular brands to distract from its Arctic drilling. As millions stand up to expose Shell’s true face, it will become harder and harder for Shell to get the public support it needs to destroy the Arctic.

On the site, they explain how signing a petition to Save The Arctic will help:

How will you help by signing the petition
Your voice matters. When millions of people demand that LEGO cut ties with Shell, our call will be impossible to ignore. LEGO cares deeply about what consumers think, and by signing the petition we are demonstrating the power of our massive movement. LEGO has listened to Greenpeace supporters in the past, and clearly states that one of its core ambitions is to “protect children’s right to live in a healthy environment.”

Petitions like this one have convinced countless brands to clean up their act and commit to environmentally sustainable practices. Just this year, after public Greenpeace campaigns, Adidas committed to eliminating toxic chemicals in its clothing, and Procter & Gamble (maker of products like Head & Shoulders) committed to a no-deforestation policy. When you sign the petition, you join the movement to save the Arctic. And as our movement grows, we can put more pressure on the stakeholders and decision-makers who could create laws and policies to protect the Arctic and invest in sustainable energy sources instead of dirty oil drilling. But we’re up against the richest and most powerful corporations in the world, so we need you–and all your friends.

The Latest Lexus Hybrid Is An Electric Carbon Fiber Bicycle