` Futbolin Table by Hillsideout - If It's Hip, It's Here
Skip to content 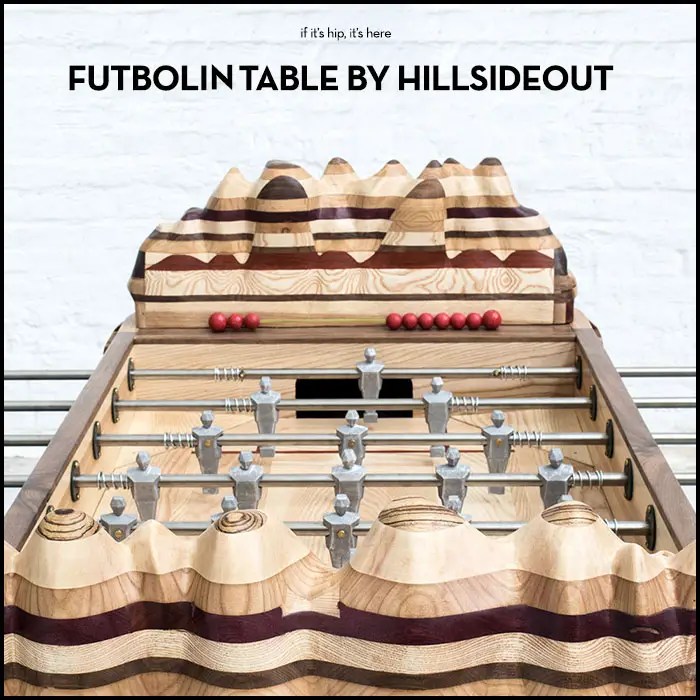 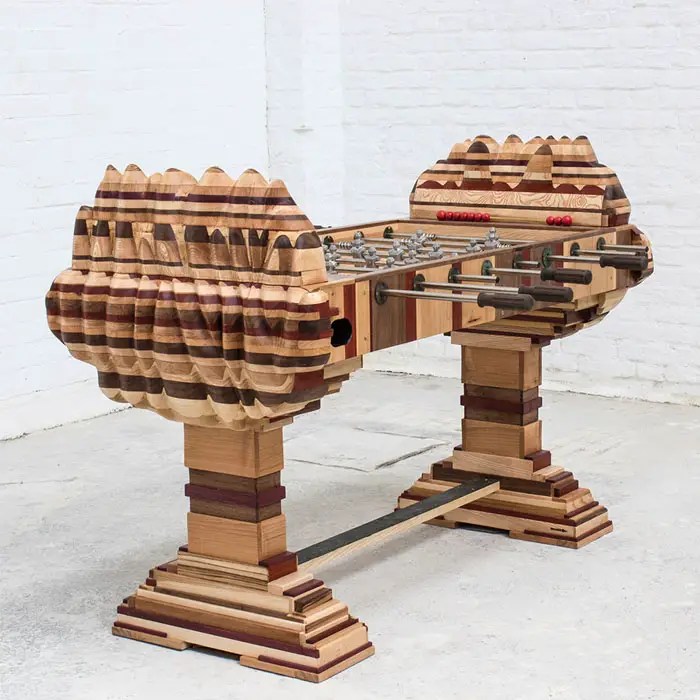 Somehow the Foosball game has moved from being a Frat House staple in the 1980s to becoming an accoutrement for the wealthy.  In case you’re unfamiliar with the U.S. term “foosball”, it’s the same game table played around the world and goes by many names such as Futbol, Table Football, Futbolín and The Beautiful Game. There are Louis Vuitton Foosball Tables, a crystal one with 24k accents and even an environmentally-friendly luxury edition. But Hillside’s version is the wildest looking one we’ve seen with its multi colored woods and sculptural shape. 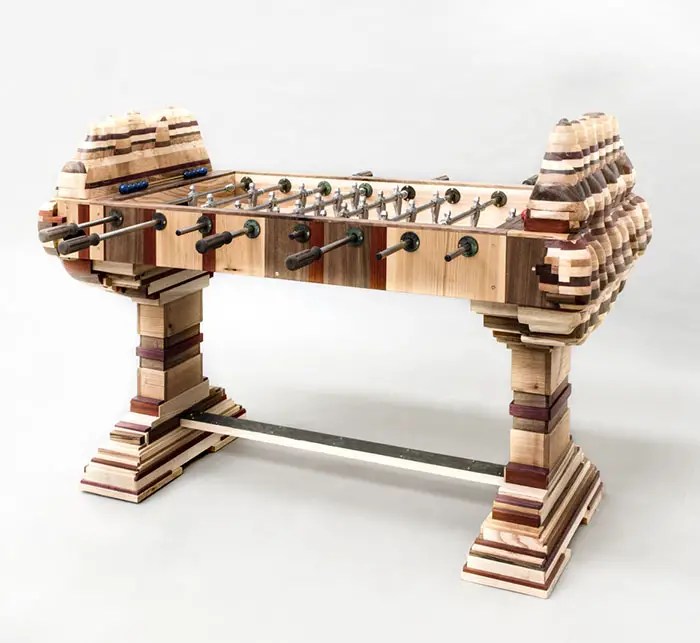 After a successful technical collaboration on billiard tables Nat Wilms and Andrea Zambelli from the art design studio Hillsideout decided to design and build a football table alone: ‘Futbolin’. 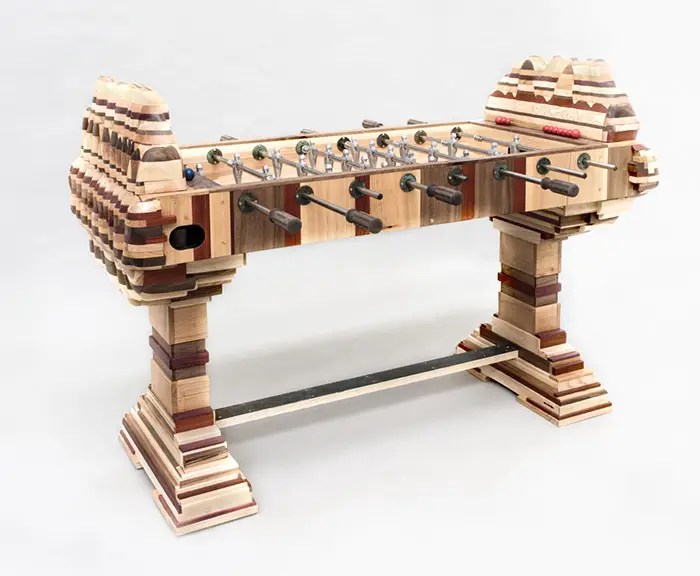 The artisanship involved in the piece is as true as the game itself and while ‘Futbolin’ could have been a physical build from the start by Hillsideout without collaboration, Andrea had a fortuitous crossing of paths with sculptor Michele Balestra. Unbelievably, Michele had table football in his conscience and when he showed Andrea what he had by chance in his pocket it was not a coin or keys. It was a football player made of aluminum. The connection was more than a coincidence and the collaboration was inevitable. The legs were inspired by the rustic table legs used by Medieval Monks. 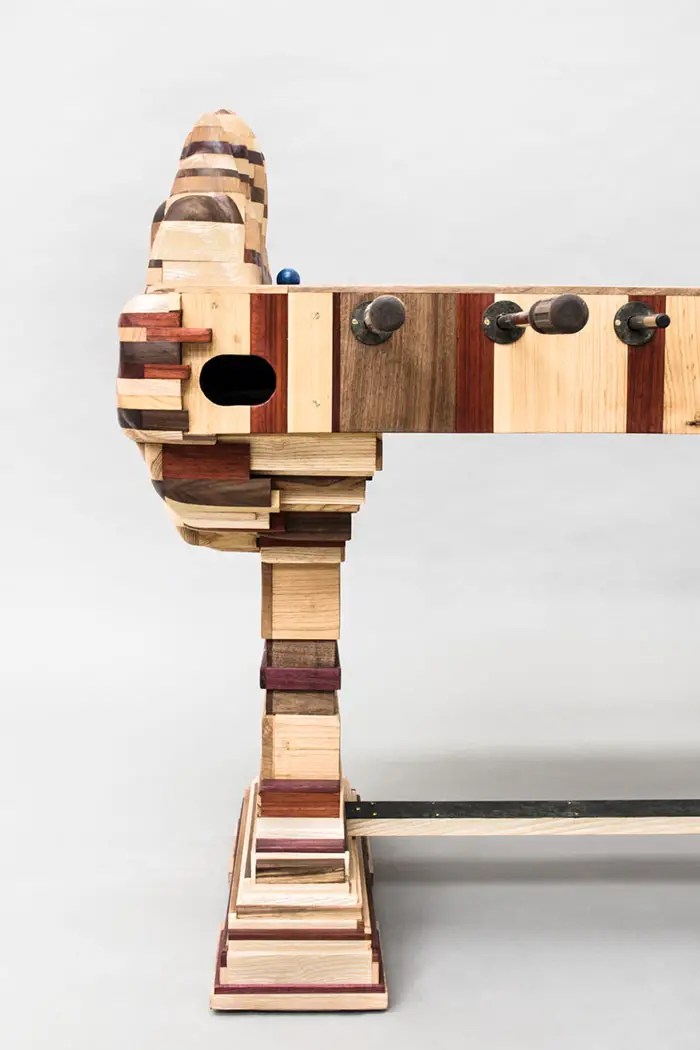 The undulating wood shape towards the top are meant to echo the mountains near Barcelona where the first prototype for a football table was made in 1936 by Ramírez. Limited to an edition of 30 pieces, the table can be purchased at Rossana Orlandi.

The Vascabarca-Barcavasca Tub. No Lifejackets Required.

The Caveman Grills from Holland